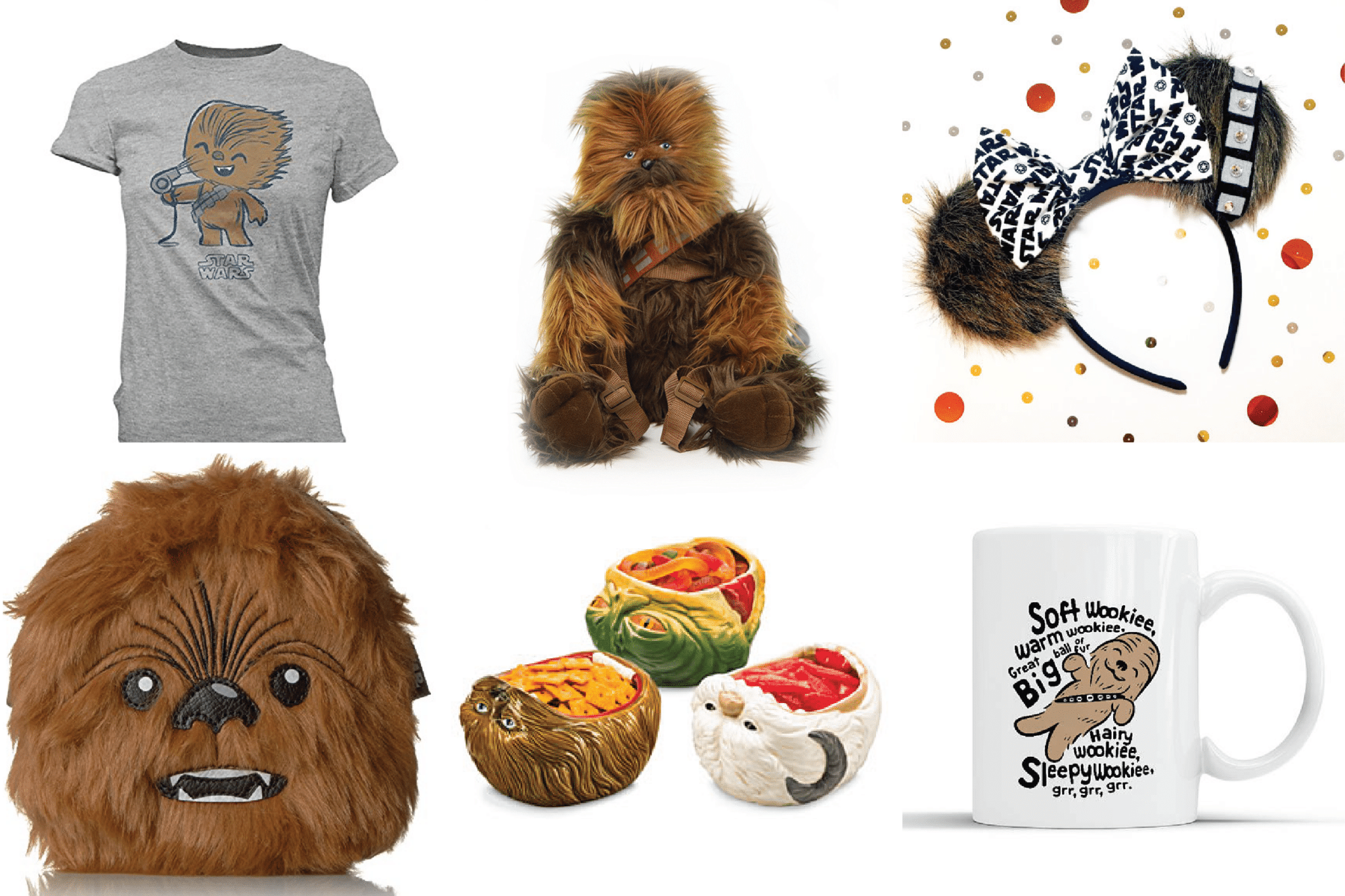 This post contains affiliate links to products I think are awesome! If you purchase via my links, I may receive a small commission at no extra cost to you.

I’ll be honest, I didn’t really watch any of the Star Wars movies growing up. I remember seeing The Saga Begins with my family at one point, but I mostly knew Star Wars from Weird Al’s musical take on the story.

That was back then. This is now. Now my 4-year-old can tell you who pretty much every character is in the Star Wars franchise, and I’ve watched and played more Star Wars in the past year than I care to admit. I still struggle with some of the different droids but don’t tell my son. He thinks I know everything!

This summer there’s a brand new Star Wars movie being added to the franchise – SOLO: A Star Wars Story – the untold story of Han Solo. We find out how he became best buddies with Chewbacca, how he got kicked out of flight school, and I’m sure plenty more. Here’s the brand new trailer and some posters that were just released today with a sneak preview at what’s coming from Lucas Films this summer! You can read more about the film in this post about Disney movings coming out in 2018! 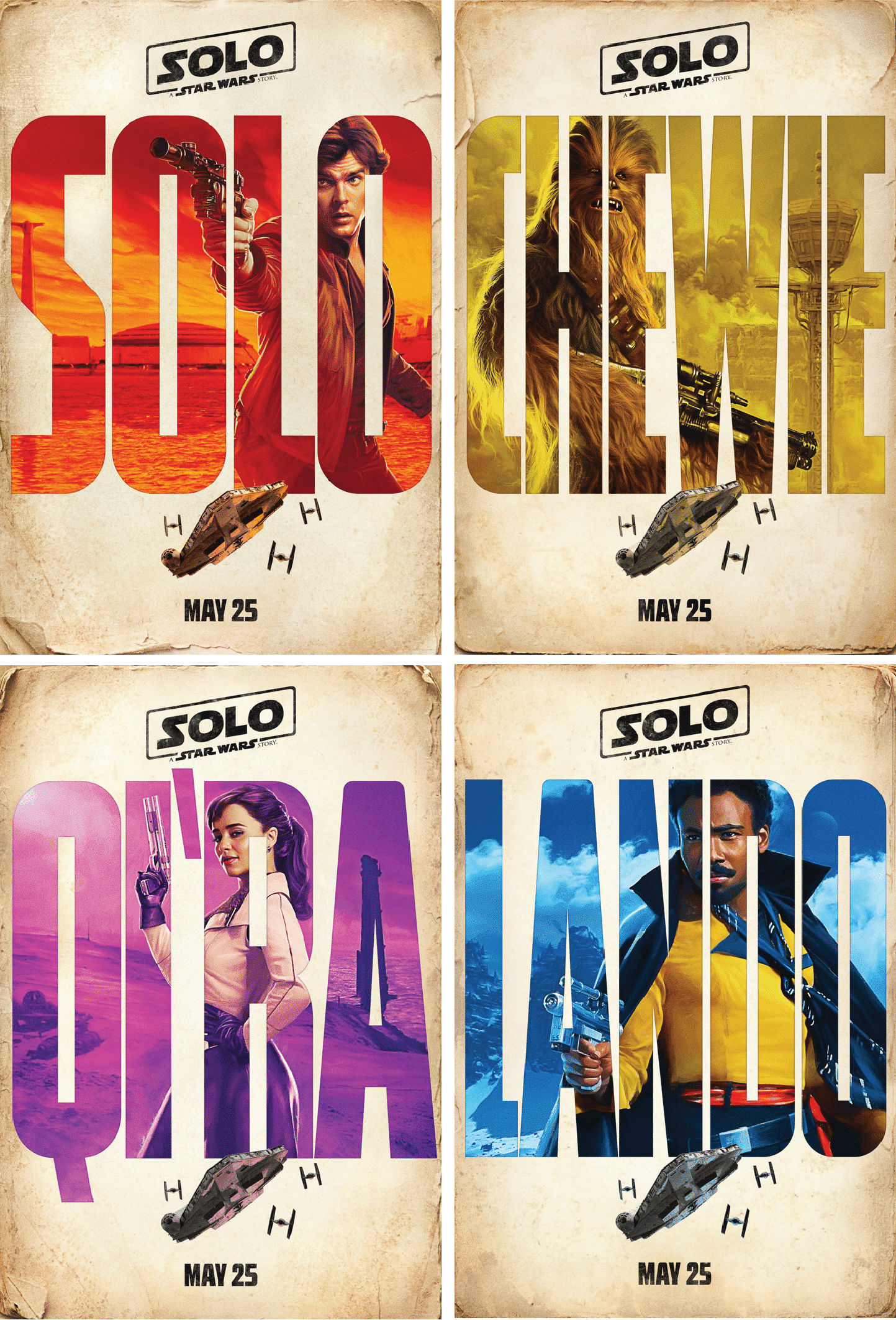 And p.s., can I tell you how excited I am that maybe now people will stop calling him Hans Solo? Hopefully this will once and for all get people to be able to write and say his name correctly!

As excited as I am to see the origin story of Han Solo, I’m actually almost as excited to see how he meets up with Chewbacca and becomes best friends for life. I’ve always had a soft spot for Chewie, especially since it seems like he gets the raw end of the deal most of the time.

Alden Ehrenreich is Han Solo and Joonas Suotamo is Chewbacca in SOLO: A STAR WARS STORY.

I’m apparently not alone. Every time we go to Disneyland and when we went to see The Last Jedi in theaters, Chewbacca gear was everywhere. I thought it would be fun to celebrate the trailer by putting together a list of the must-have Chewbacca items for hard core Star Wars fans. Or really any Star Wars or Chewbacca fans. I almost bought like half of these while I was making the list!

These are some of the best Chewbacca inspired items to wear I could fine. Everything from Mickey ears to fuzzy robes! I seriously need one of those in my life. 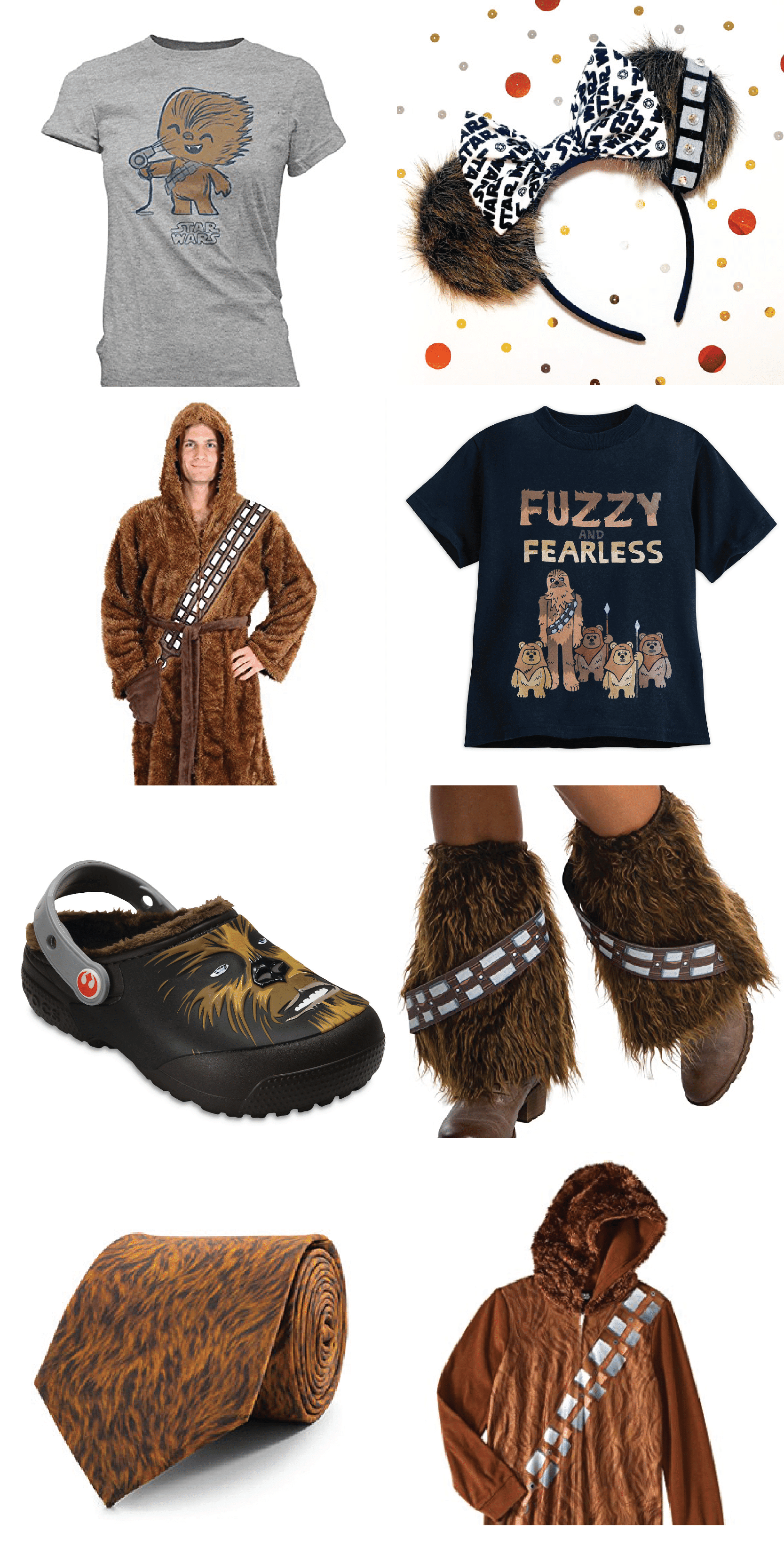 And these are my favorite bags you can carry. I looked all over and there are tons of Chewbacca inspired bags, but these five were the most distinct ones I could find! 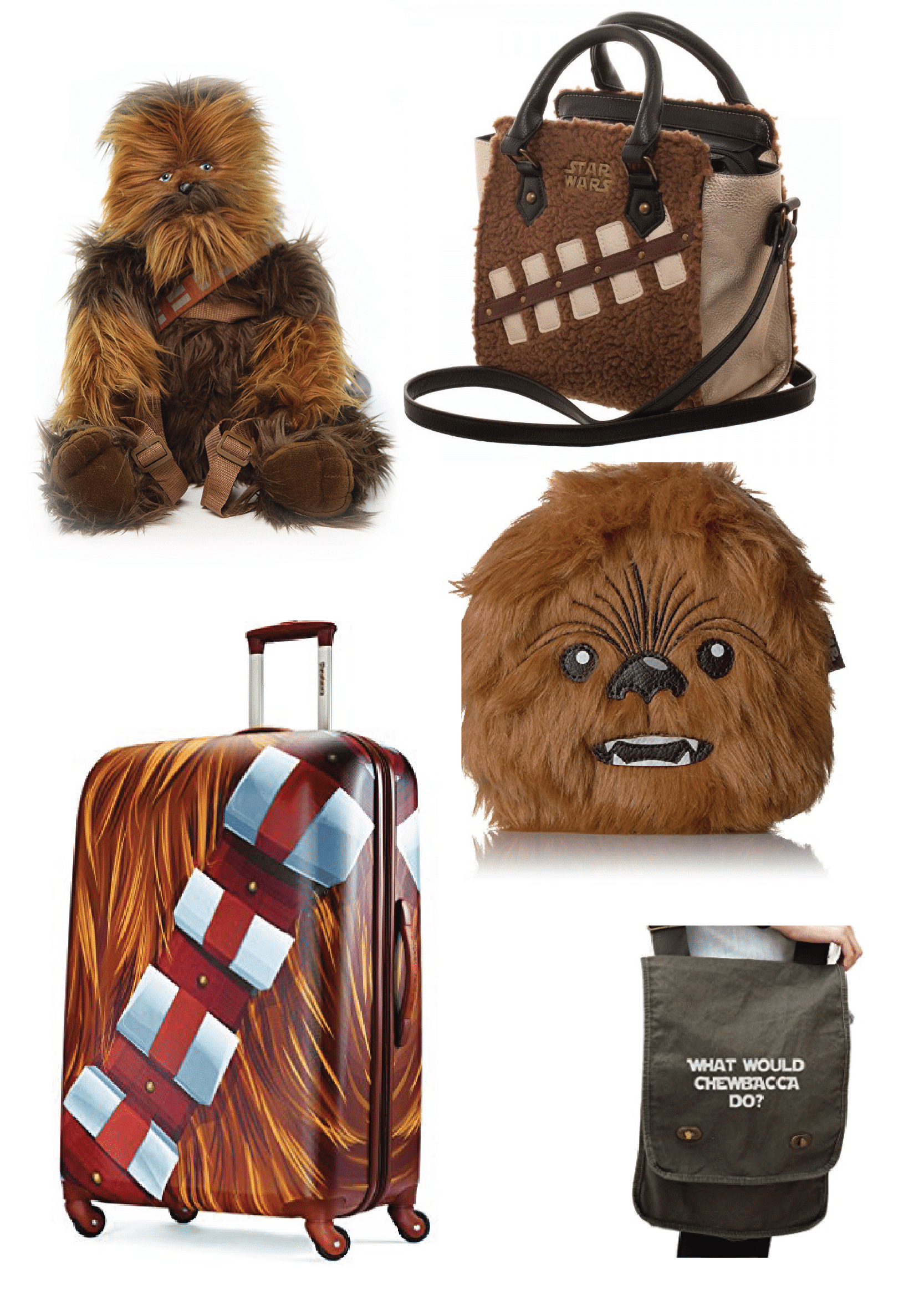 What Would Chewbacca Do Tote Bag

Don’t want to wear Chewbacca out and about? These fun products help you add a little Chewie at home! 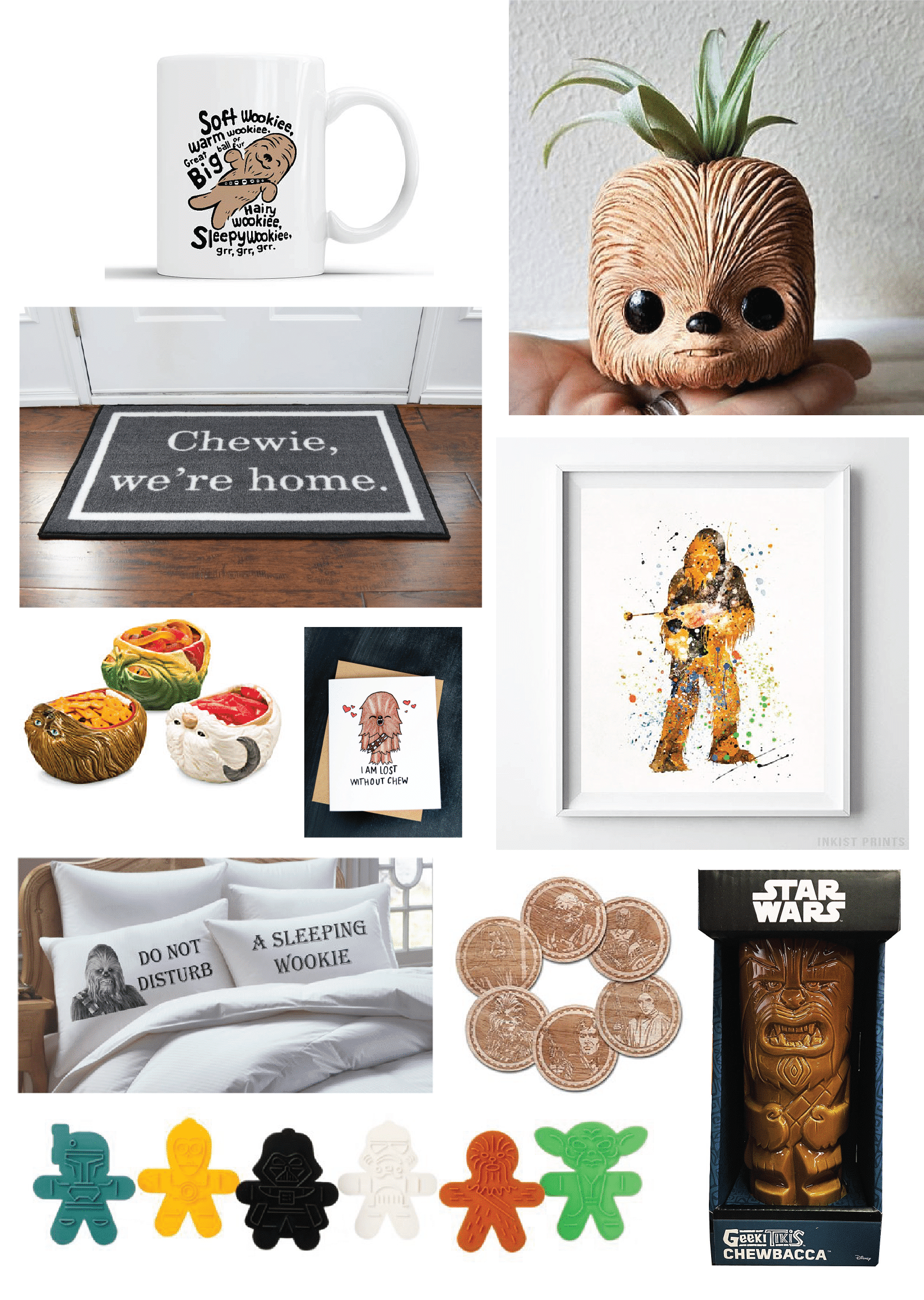 I Am Lost Without Chew Card

And these are some of my favorites – Chewbacca inspired books, games, and other fun stuff! 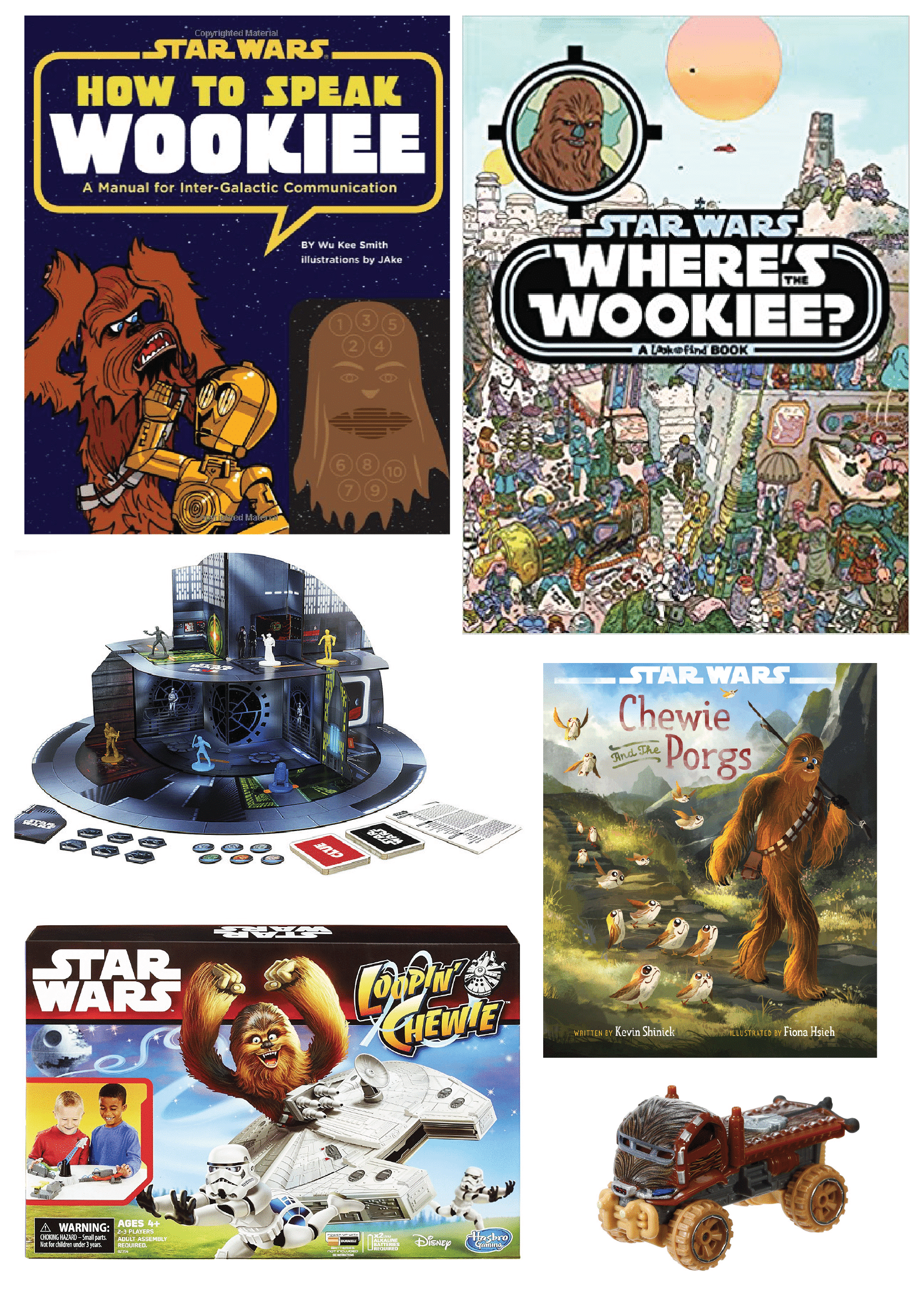 Chewie and the Porgs Book

How to Speak Wookiee Book

Don’t forget to pin these Chewbacca gift ideas for later!