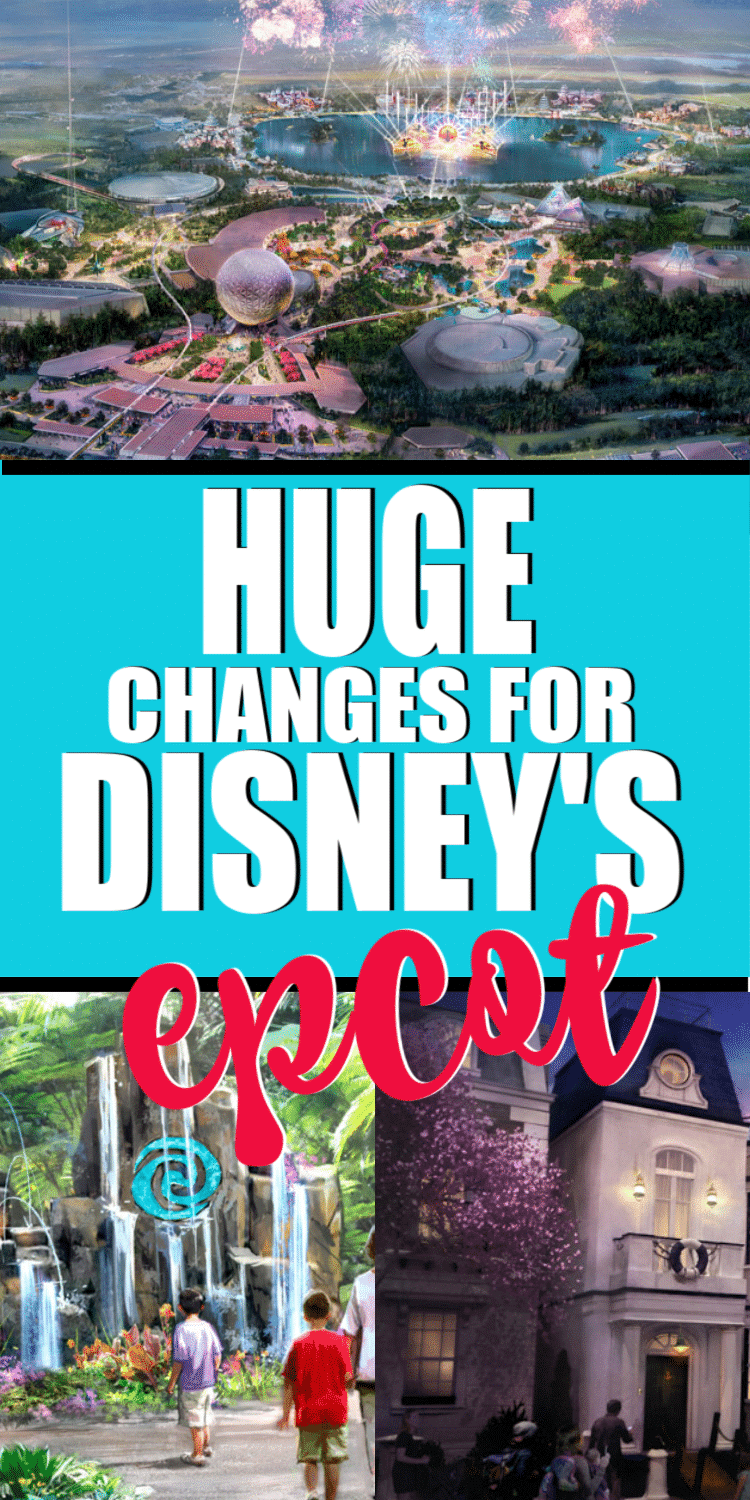 This past weekend I had the chance to watch the Disney parks, products, and services panel at the D23 Expo, Disney’s big every other year convention where they announce all sorts of things for movies, TV, parks, and more!

And while I was hoping for maybe one non-rumored really exciting major announcement, we still got a ton of news about what’s coming to Disney Parks, Disney Cruise Lines, and more!

The biggest announcement by far was the huge changes come to Epcot over the next few years – we’re talking huge.

So big they had to bring out Dick Van Dyke to make the announcements.

Okay, fine only one of the announcements – but still, any time Dick Van Dyke is in a room, it’s a good time. It wasn’t quite as amazing as when he walked in the room during the Mary Poppins Returns movie premiere and everyone gave him a standing ovation but still pretty amazing just to be in the room with a legend. 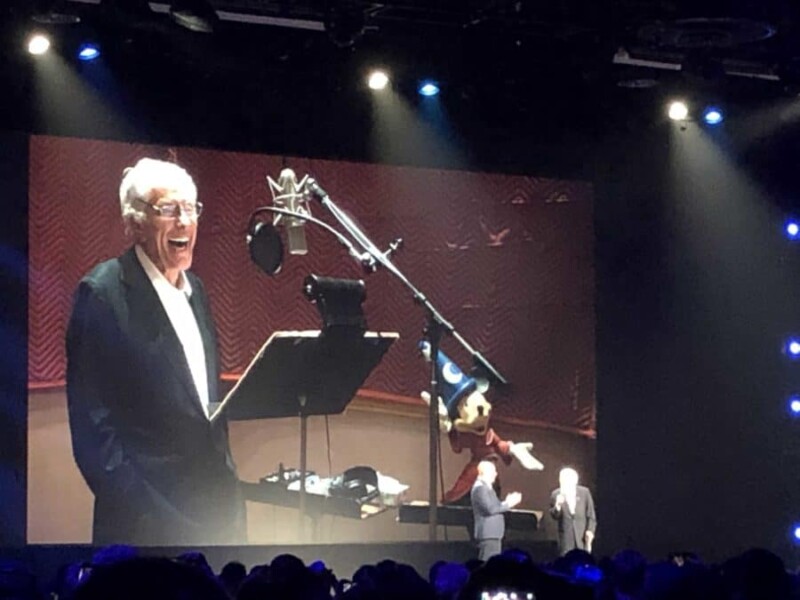 But anyway, back to Epcot.

This post is all about the epic Epcot transformations. Check out this other post for info on other changes coming to Disney Parks!

The entire park is being transformed and Epcot will no longer be the same Epcot we currently know and love.

Instead of the two current sections of the park – World Showcase and Future World – the park will be set up in four neighborhoods. 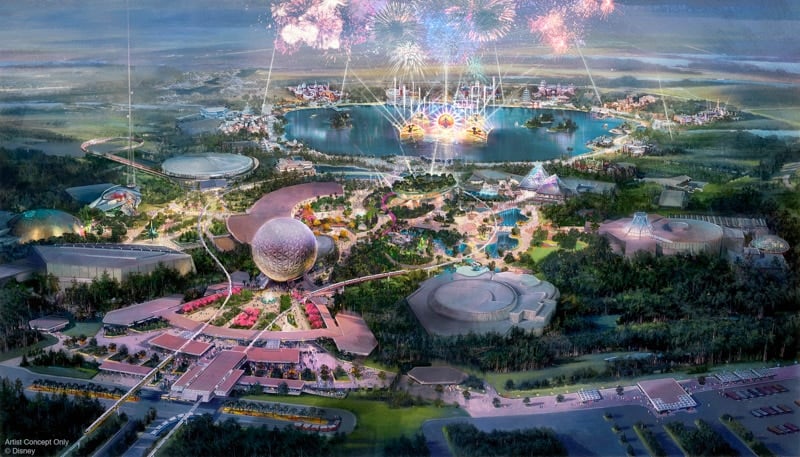 Epcot also has a brand new anthem created by composer Pinar Toprak, which is absolutely phenomenal. You can listen to it in the video below!

World Showcase will remain largely the same with some fun additions but Future World will be transformed into three neighborhoods – World Discovery, World Nature, and World Celebration.

There were three major additions going into World Discovery.

First, the previously announced Play! Pavilion that will be an interactive pavilion filled with games, activities, and experiences centered around play. I kind of love this, obviously.

The big announcement about the Play! Pavilion is that it will be open in time for Walt Disney World’s 50th celebration in 2021. 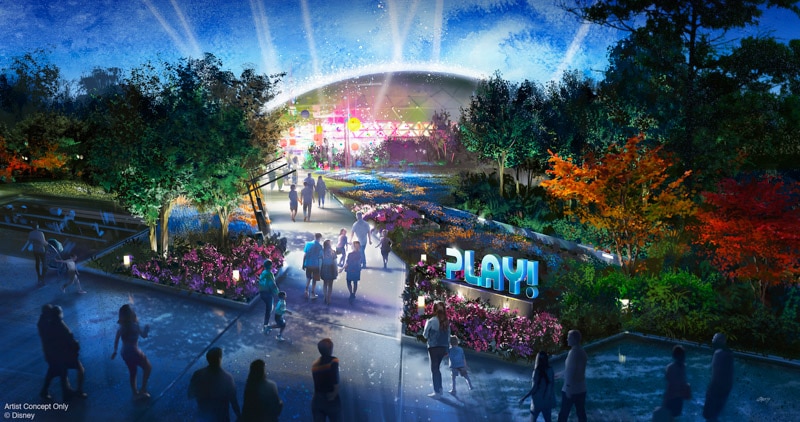 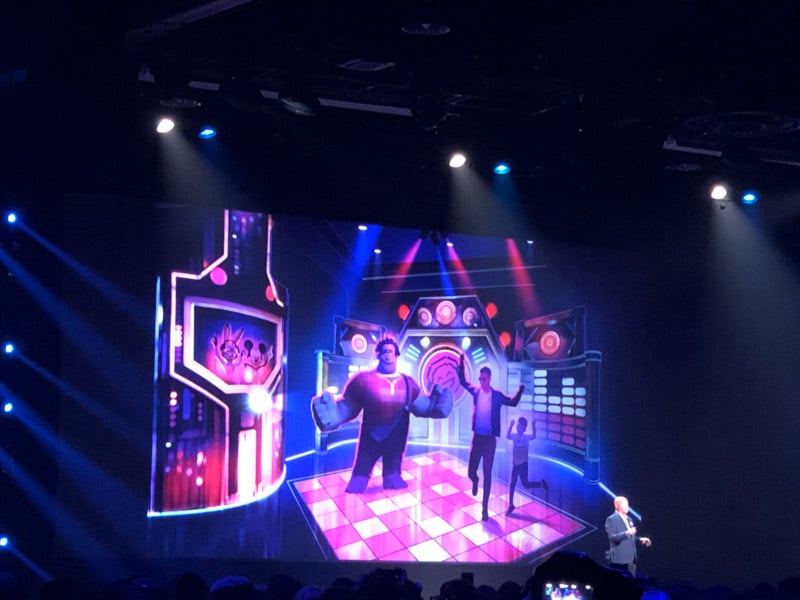 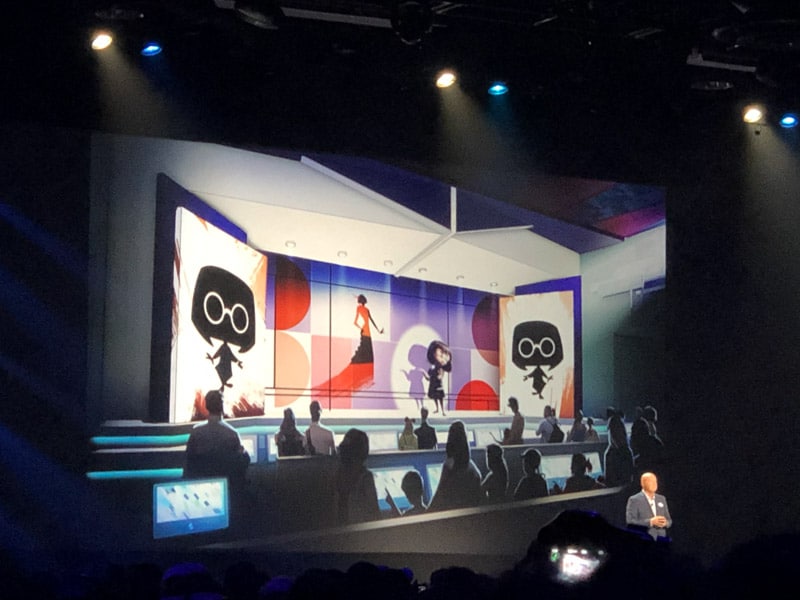 Second, they gave the brand new Guardians of the Galaxy coaster a name.

The new coaster will be a thrilling family-friendly storytelling coaster that rotates to focus on the action and just announced will have a reverse launch into space.

And the new coaster will be named Guardians of the Galaxy: Cosmic Rewind! 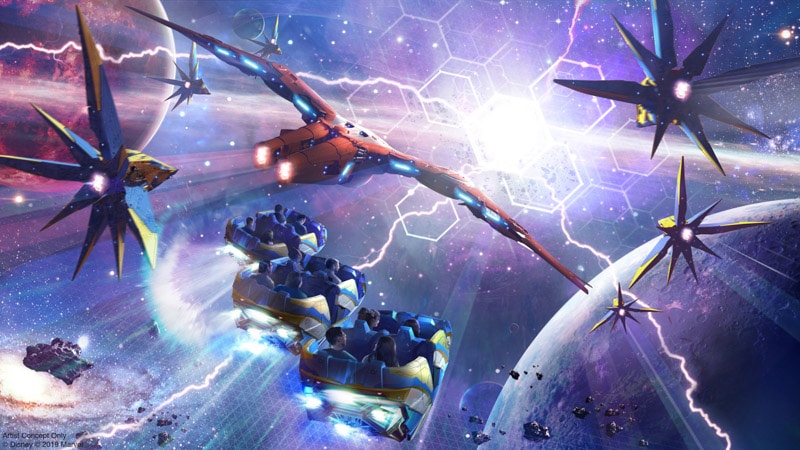 And finally, they gave us details about the brand new space themed restaurant that was previously announced. The new restaurant Space 220 will open this winter and feature a space-themed dining experience with a view of a space station and day and nighttime views of Earth from 220 miles above.

Pretty sure it’s going to be added to my must-try Disney restaurants list! 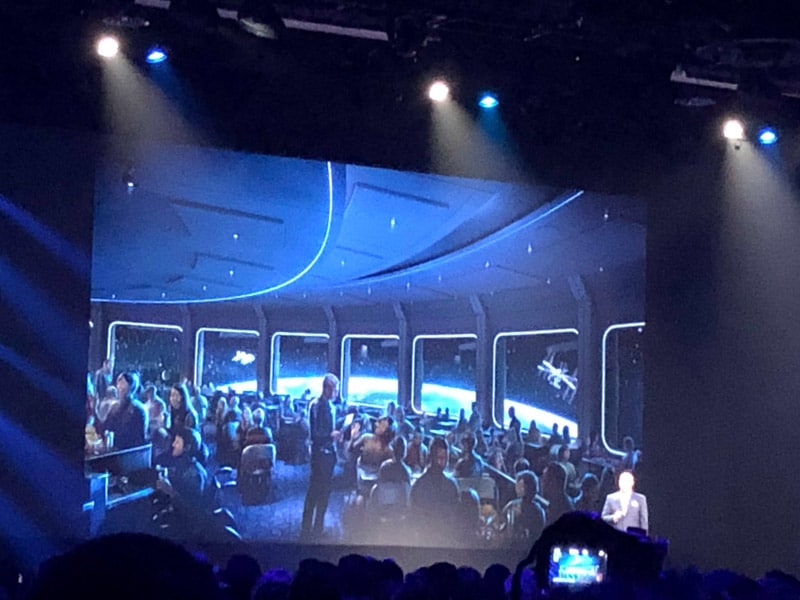 The big announcement about is that a new area called Journey of Water, inspired by the movie Moana (remember how the water calls her), and will be a fun exploration trail where guests can play with magical living water. The water is already calling me. 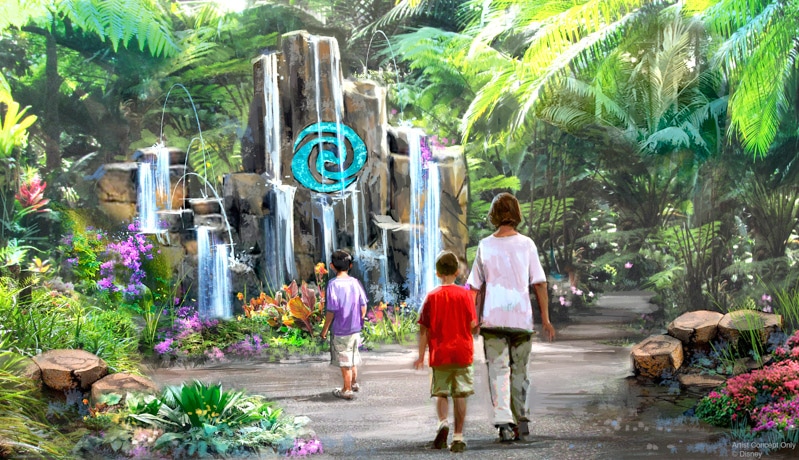 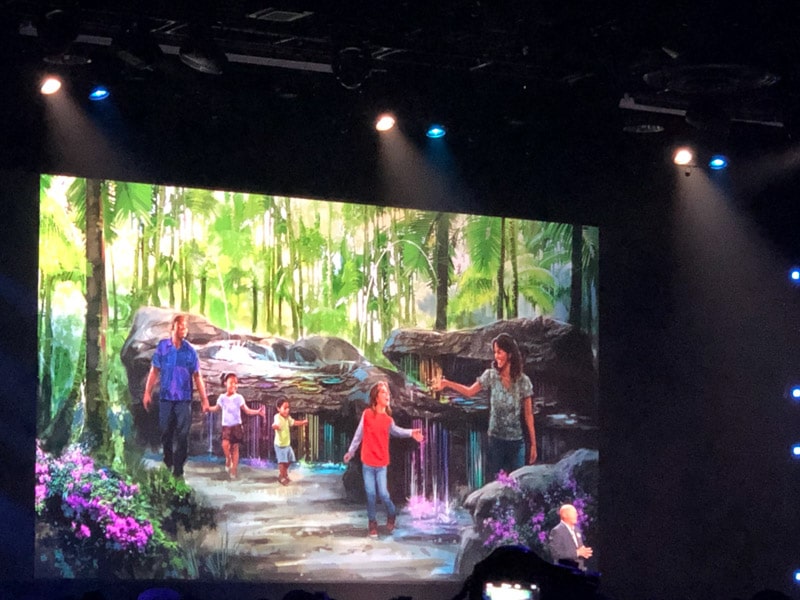 They also announced that the Land pavilion will be featuring a new film called “Animal Planet” showcasing the spectacular story of our planet beginning in January 2020.

The main focal point of Spaceship Earth will be getting an update. Instead of just telling the story of history and culture, it will incorporate new scenes (and updates to old ones) reflecting the human experience. And it’ll all come with a brand new guide that takes you along the journey.

All I can say is that I really really hope they don’t take out the final making your future activity. That may be one of my favorite parts of all of Epcot, and my 6-year-old loves it! 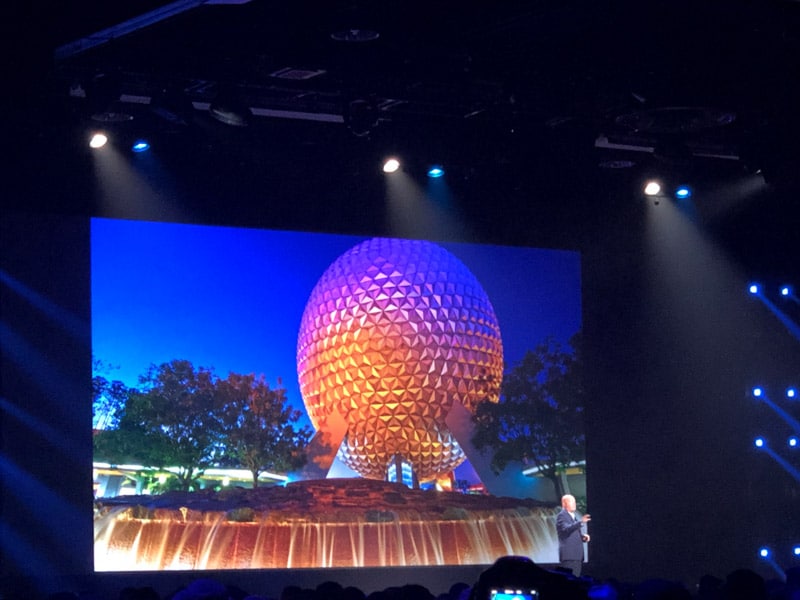 One other change to Spaceship Earth will be a brand new exit that will take you to Dreamers’ Point, which will have a gorgeous view of the entire park, a wishing tree, a new fountain and a statue of Walt Disney himself.

After visiting the Walt Disney Family Museum and learning so much more about Walt, I love that they’re adding him to the park! 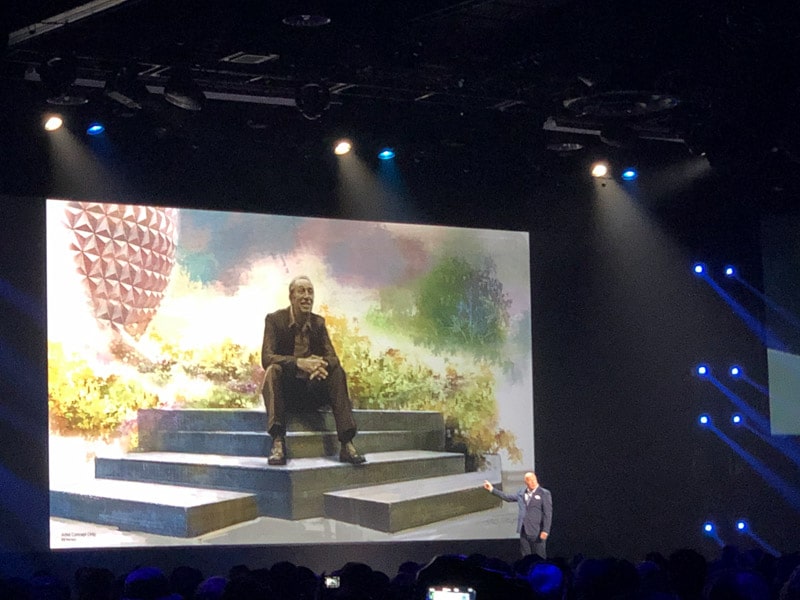 Also announced for World Celebration is the addition of a new three-level structure that will have various places you can watch the nighttime spectaculars, including the brand new limited time Epcot Forever hitting Epcot in October 2019. 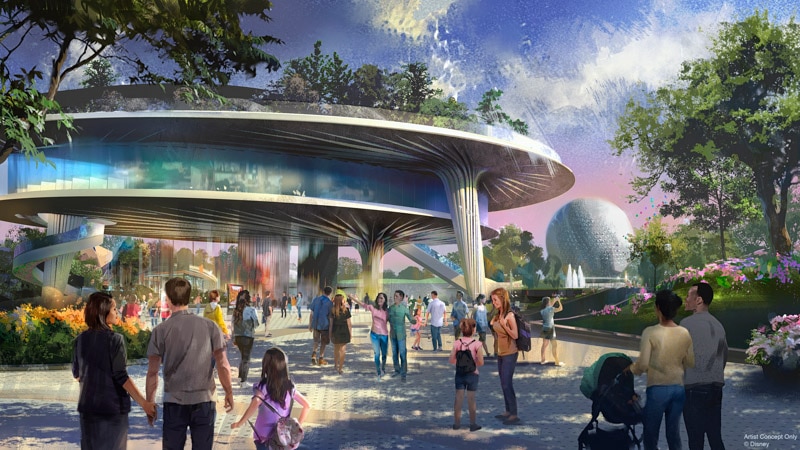 Epcot Forever will be replaced by an another all-new nighttime spectacular that Bob Chapek teased to be the biggest nighttime show ever created for a Disney Park.

This new show will be called HarmonioUS and open sometime next year.

They couldn’t just leave World Showcase alone with all of the changes being made to Future World. World Showcase will be getting a number of changes itself – no new pavilions but definitely some fun new attractions, shows, and films!

In France, another new attraction will be hitting World Showcase. Remy’s Ratatouille Adventure will take guests through the chef’s kitchen on a family-friendly adventure. The new ride is scheduled to open summer 2020.

Also in France, a brand new restaurant called La Creperie De Paris. I for one hope their crepes are a little better than the ones in that kiosk. They do not make my top Disney World food list, and I’m normally a huge fan of crepes!

Mary Poppins Coming to the UK

I mentioned it before but one of the coolest moments of the entire presentation was when Dick Van Dyke himself came out on stage? Why Dick Van Dyke?

Because the United Kingdom will be getting its very own Cherry Tree Lane and a the very first Mary Poppins inspired attraction Disney has created.

As someone who loves Mary Poppins and interviewed the newest Mary Poppin, Emily Blunt, I can’t wait for this one! 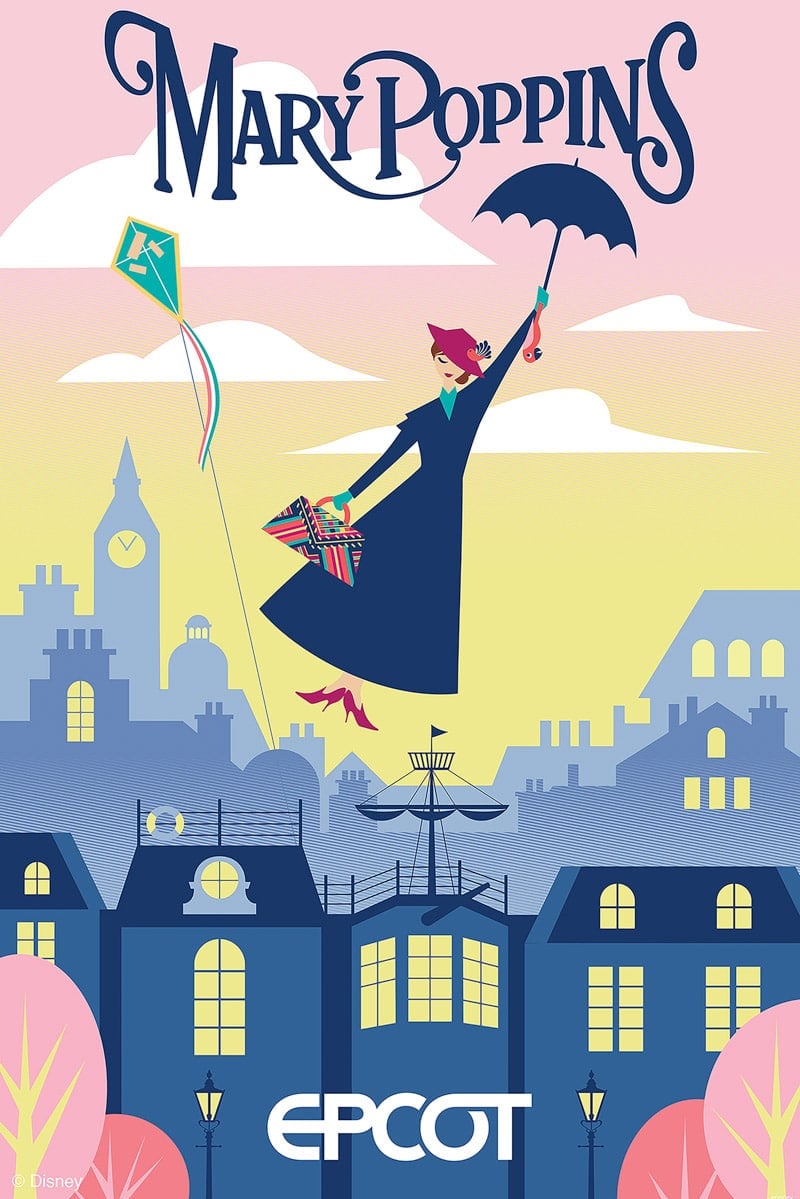 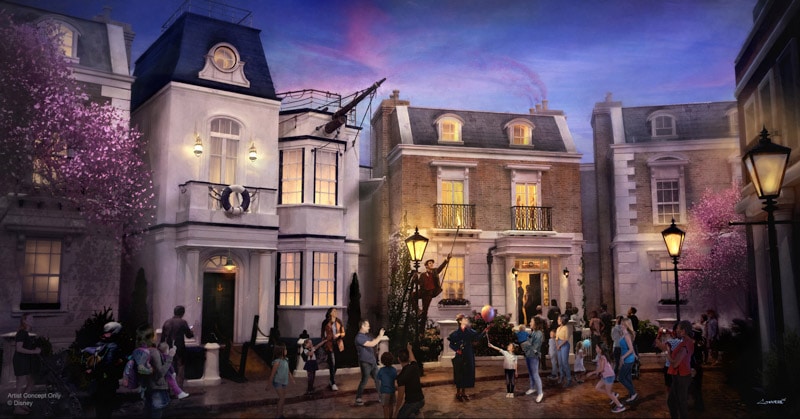 New Films in Other Countries

What do you think of the changes coming to Epcot? Are you a big fan or wish they’d leave it as is with maybe a new country or two?

Keep reading this post for more details on other big announcements made during the Disney Parks panel!

Don’t forget to pin these Epcot changes for later!

Thanks to Disney for providing me with a media pass to cover the Disney parks panel!