Tons of Disney parks announcements were made during the D23 Expo Disney parks, products, and services panel! Find out what changes are coming to Disney Parks, Disney Cruise Lines, and Disney products in the next two years as announced during D23 Expo! 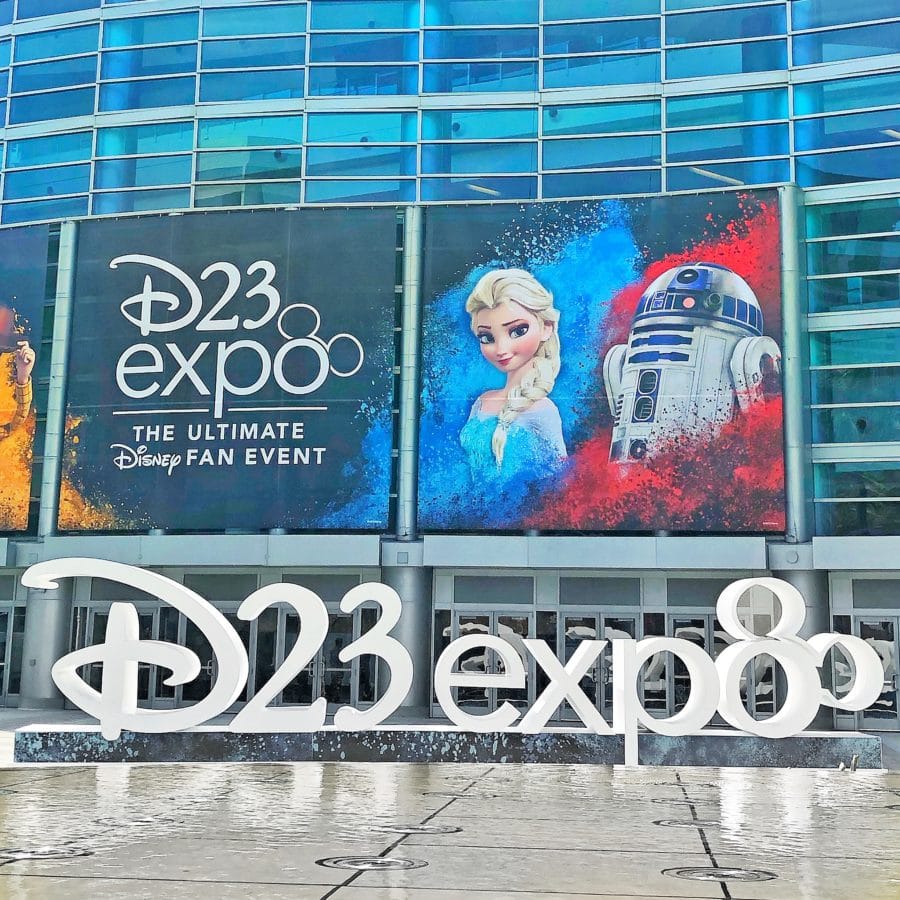 Have you heard all of the big news Disney made about changes coming to Disney Parks? I wrote an entire post about all of the Epcot changes so if you’re interested in those, read that post first.

This post will be about ALL the other changes or updates announced during the D23 Expo panel this weekend.

Get ready because it’s a lot. I couldn’t even tweet the announcements fast enough, they just kept coming and even with how fast they were announcing things, the panel still when 30 minutes over!

So did the Disney+ panel and Walt Disney Studios panel for that matter.

But we’re here to talk about parks, so let’s talk about the Disney parks!

Other than the epic Epcot transformation, the details given about what’s coming to Disney World were pretty light.

There’s going to be a big 50th anniversary of Walt Disney World celebration in 2021 but for the first time ever, the celebration won’t be limited to Magic Kingdom. They’re going to celebrate in all four parks.

Guess what that means? More Disney World food for me to try!

And some incredible entertainment, merchandise, and more. And at least a few new attractions opening before that time.

Walt Disney World’s newest Hollywood Studios attraction Mickey and Minnie’s Runaway Railway will feature a brand new design of the Chinese Theater with the ride opening in 2020 and Disneyland (in Toontown) in 2022.

The ride will take guests on a journey onto the screen of Disney’s Mickey Mouse carton shorts for what I’m sure will be a fun, unique, and family-friendly ride. I’m just excited that Mickey and Minnie are finally getting a ride of their own!

Rise of the Resistance in Galaxy’s Edge

During the presentation we also got a sneak peek at the brand new Star Wars ride Rise of the Resistance and I’m not quite sure how it all works still but the sneak peek made it look pretty epic.

Hopefully it’s a cooler experience than Smugglers Run, which I’d call meh. Maybe my opinion will change if I ever get to actually fly the ship.

The bigger and more exciting news for me was details about the brand new Star Wars Galactic Starcruiser coming to Walt Disney World Resort. This new ship called the Halcyon will have windows featuring views into space, moving space that is, as you go on an epic space cruise.

Think of it as a totally immersive 2-day cruise into a galaxy far far away. Lodging, dining, activities – all included, just like a regular cruise. They talked to us more about it and pretty sure I’m booking our space cruise the moment itineraries open.

Here’s just a quick look at what might be included in a 2-day itinerary.

It sounds pretty much incredible, especially for Star Wars fans. The rumored prices are astronimcal but I guess if you consider it like a regular cruise (and everything is included) then maybe it’s not so bad.

Outside of the parks, Walt Disney World Resort will also be adding a brand new resort called Reflections: A Disney Lakeside Lodge, which will feature treehouse rooms and more features inspired by nature.

Disneyland will be getting a brand new daytime parade in spring 2020 called Magic Happens. Music created in partnership with singer-songwriter Todrick Hall and from the sneak peek we saw, it will be energetic, colorful, and a lot of fun.

Now let’s get to the super stuff!

The announcement I’ve been waiting for is how Marvel is being incorporated into the parks. And it’s official – there will be an Avengers Campus at both Disney California Adventure Park and Disneyland Paris. Those two lands will be joined in one cohesive Avengers story with the already created in Hong Kong with the Iron-Man experience.

The idea is that the Avengers Campus locations are places for recruits (you and me) to go and become the next set of superheroes to help save the world.

Both campuses will feature a brand new area called WEB – website engineering brigade (WEB for short) where the first ever Disney ride featuring Spider-Man will have guests slinging webs of their own to catch Spider-Bots.

Who knows what it’ll really be like, but the artwork we saw made it almost seem like a Buzz Lightyear type ride but where you’re slinging 3D webs to catch Spider-Bots running around the campus. If it’s anything like the Spider-Man ride at another theme park, I’m in.

Avengers Campus will also feature the Pym Test Kitchen where Pym Technologies is being used to grow and shrink food – and guests will also be able to meet Ant-Man and the Wasp for the very first time!

I can only imagine how many things I’ll be able to add to my Disneyland food post from that kitchen!

Speaking of meet and greets, Avengers Campus will be the home to tons of your favorite superheroes including Spider-Man, Thor (and sometimes Loki), Star-Lord, Gamora, and more!

The Avengers Campus at Disney California Adventure Park will open in 2020 and later in Disneyland Park.

They also mentioned something about being able to dabble in the mystic arts with Dr. Strange but didn’t give any details. Not sure if that’s just a meet and greet, an interactive experience, or a soon to be ride! Or how cool would it be if they did something with Dr. Strange and Mickey’s Halloween Party!

No matter what, it’s still an exciting time to be a Marvel fan!

And even more exciting is phase 2 where guests will get the chance to board a Quinjet for an brand new E-Ticket attraction (aka most thrilling/popular ride) that will take guests on an epic adventure to Wakanda.

And if you can’t wait for Avengers Campus but still want to enjoy some Marvel adventures during a trip to Disneyland Paris, Disney’s Hotel New York – The Art of Marvel – will be opening summer 2020. Rooms will feature designs inspired by your favorite Avengers and more.

Outside of the U.S., there are some more major changes happening at Disney Parks across the world.

Shanghai Disney Resort will be getting a brand new Zooptopia themed land that will include a new storytelling attraction inspired by the world of Zootopia.

Hong Kong Disneyland to Get a New Castle & Frozen Land

Hong Kong Disneyland’s castle will be undergoing a major transformation to become a castle that features the stories of 13 Disney princesses and heroines. The castle will be the feature of shows, entertainment, and more. And a brand new Bibbidi Bobbidi Boutique will be added as well!

Hong Kong Disneyland will also be adding the world of Frozen, which will include both Frozen Ever After (like in Epcot) and a brand new coaster called Wandering Oaken’s Sliding Sleighs. And guests will get to see what it’s like when Elsa creates a beautiful “winter-in-summer” day.

Speaking of cruises, a space cruise isn’t the big cruise news Disney announced. They also announced that the name of their fifth cruise ship, set to set sail in 2021, is the Disney Wish.

The ship will feature Rapunzel on the front and be a place where wishes come true!

Disney will also be adding a second Disney owned port (similar to Castaway Cay!) in the Bahamas called Lighthouse Point.

These don’t necessarily impact the parks but the other main highlights announced during the presentation are still fun little details!

Last but not least, Disney announced that they will be offering a new service called Disney Genie beginning in late 2020 that will make planning a Disney World vacatiom easier.

It’s a digital service that will make all your wishes come true. Or something like that.

I’m actually really interested to see what the Disney Genie is all about because to be honest, planning a Disney World vacation is a headache, especially if you’re trying to book it within 60 days. I’m hoping maybe the Disney Genie will make a last-minute trip to Disney World possible, fingers crossed!

The first ever Disney Cirque Du Soleil show is in the works and will be inspired by Disney animation. I’ve been waiting for this for a long time – so excited to see it when it’s done! 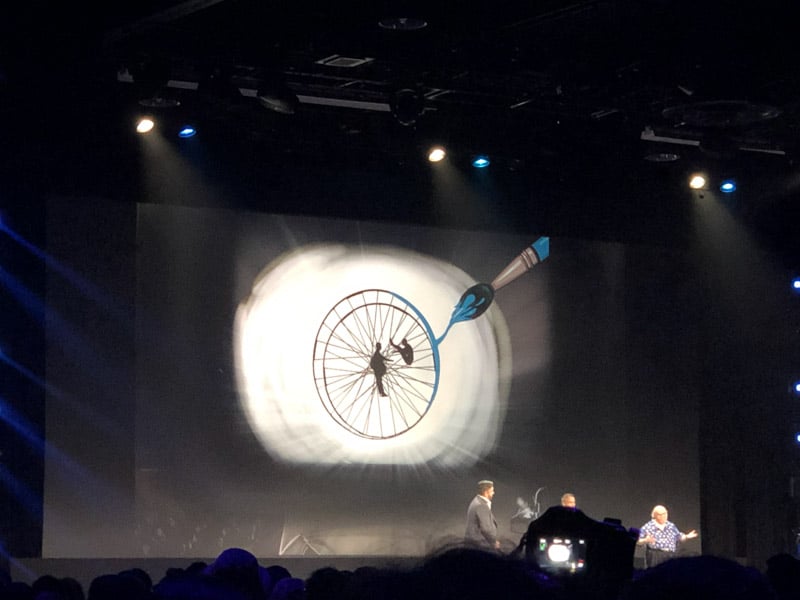 Target and Disney will be partnering to create a unique Disney Store shopping experience in 25 stores across the country. They’ll also be offering more Disney Store merchandise on their website for online ordering or in-store pickup! As someone who loves both the Disney Store and Target, this could get expensive for me!

Don’t forget to pin these Disney parks updates for later!

Thanks to Disney for providing me with a media pass to cover the Disney parks panel! 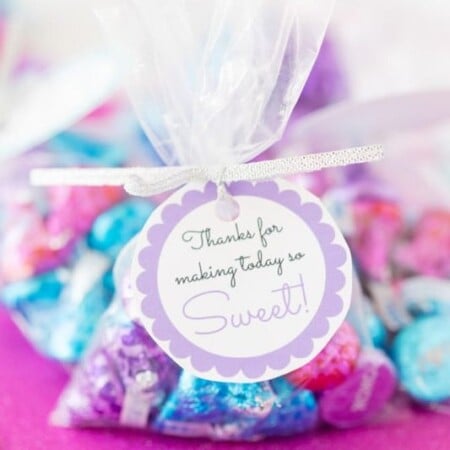 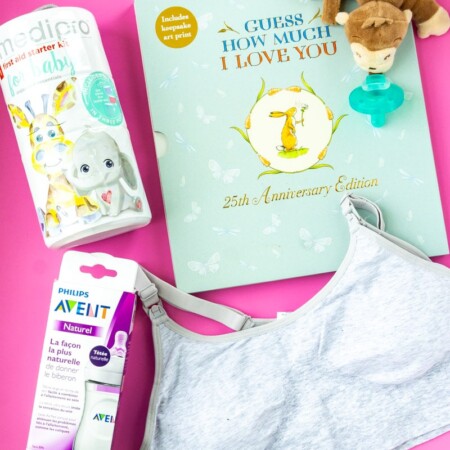