I am an official ambassador for Dole Fresh Fruit and Fresh Vegetables and received compensation from Dole in exchange for my honest opinion and ideas.

Looking for fun ways to celebrate Disney Mickey Mouse’s 90th anniversary? Try out any of the brand new recipes created by DOLE for the big celebration including the Gosh Golly Gee PB&J Smoothie Remix – one of the best peanut butter and jelly smoothies out there! 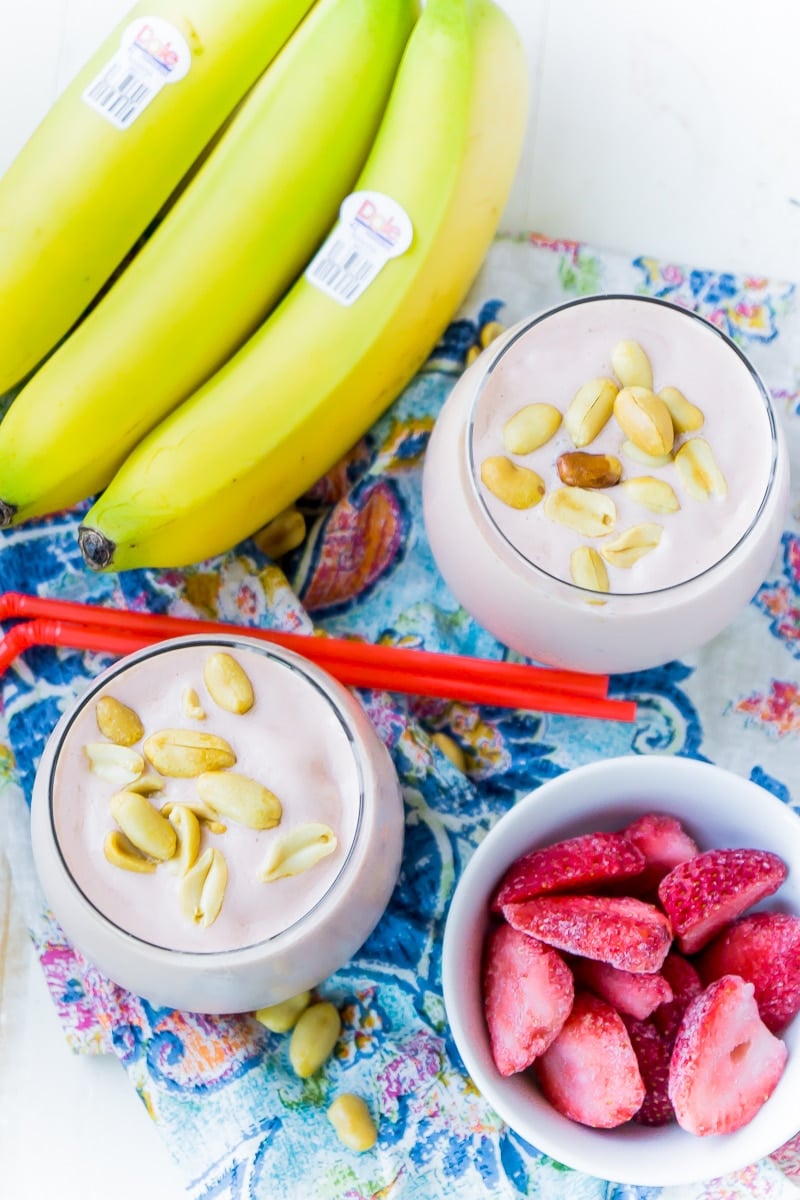 Did you know that Mickey Mouse celebrated his 90th anniversary back in November? 90th! I still can’t believe he’s been around for 90 years. I have a special place in my heart for Mickey, especially after visiting the Walt Disney Family Museum last year and learning about how it all started with a mouse.

Did you celebrate Mickey’s 90th? DOLE® is and in a big way! And it’s not too late to join in now as the celebration continues through the end of January!

To celebrate their long-lasting partnership that began back in 1976 when Dole became the sponsor of Magic Kingdom’s Enchanted Tiki Room (and eventually led to the amazing Dole Whip!), Dole and Disney have put together four months of activities to celebrate this amazing event!

One of the fun things to look out for are these era inspired tags on DOLE® Bananas, Pineapples, packaged salads, and vegetables in U.S and Canadian supermarkets continent wide! 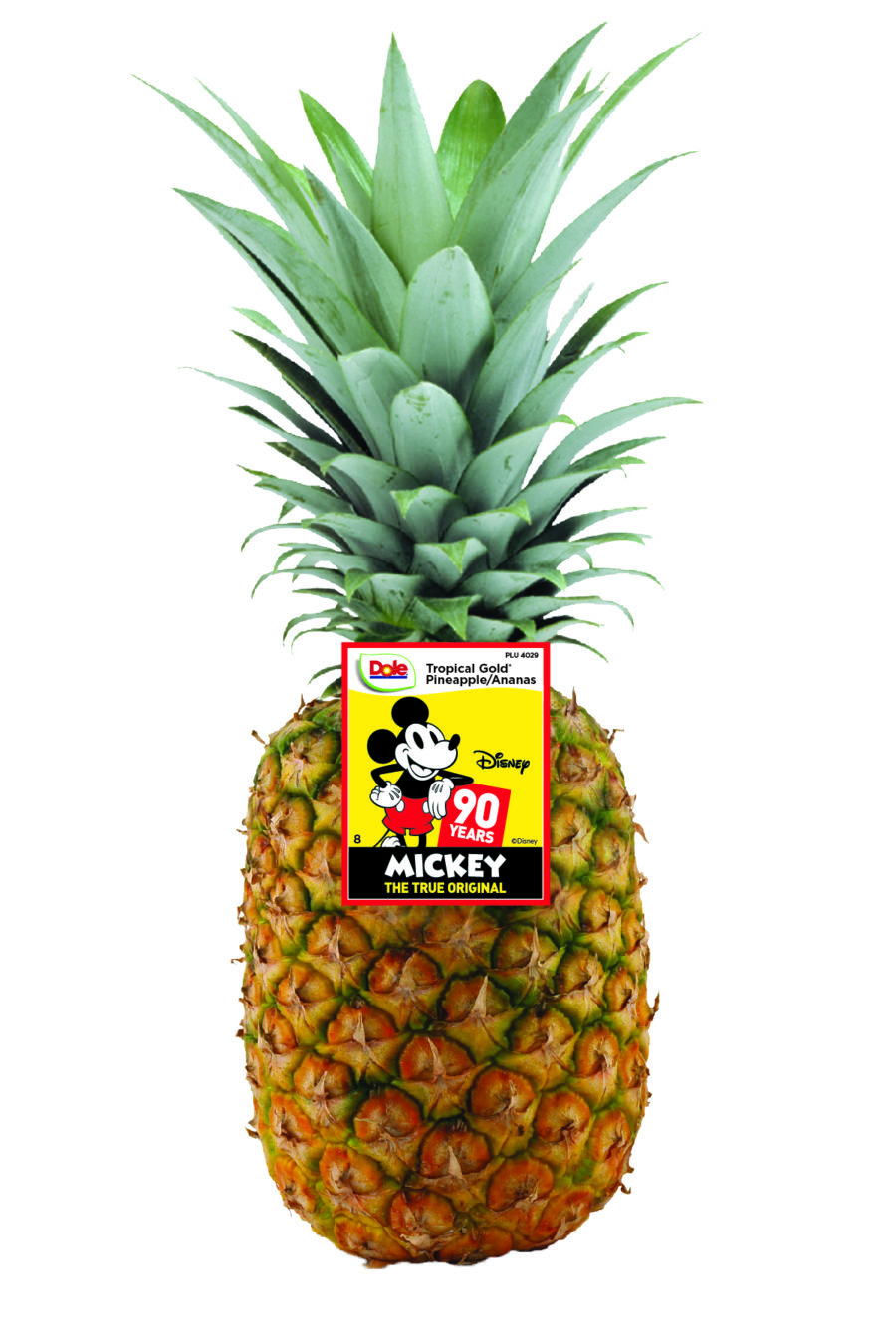 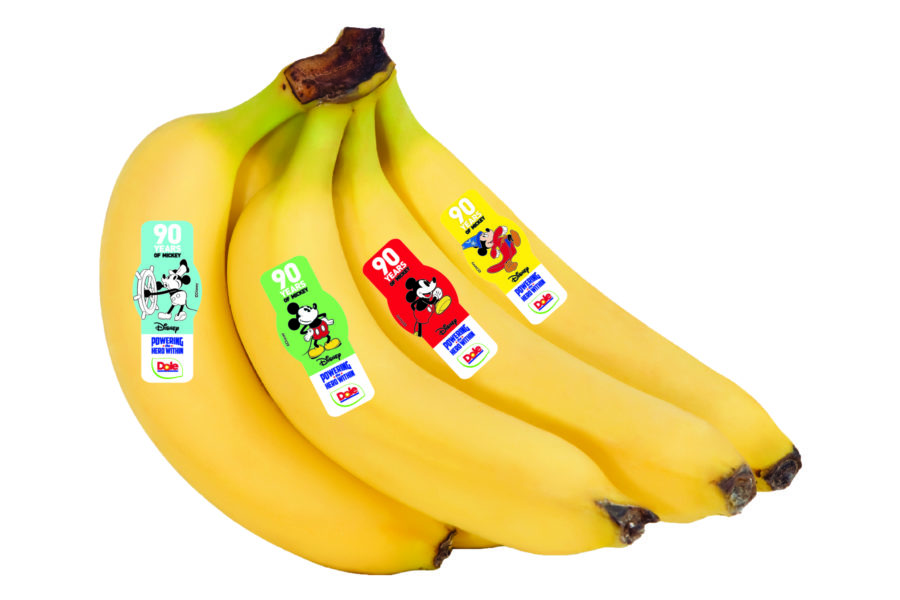 And now my favorite part of the celebration! DOLE® also came up with some brand new classic Disney inspired recipes that use DOLE® fruits and vegetables in twists on classic dishes, 19 brand new recipes in all! These are just some of my personal favorites since I’m a huge fan of smoothies and sweets but make sure to check out all the recipes here! 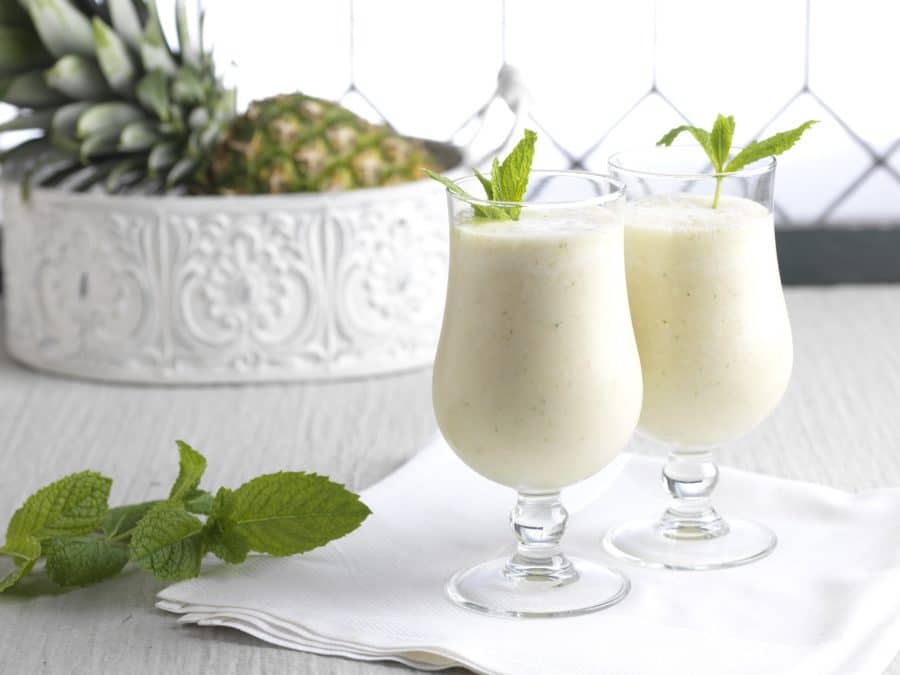 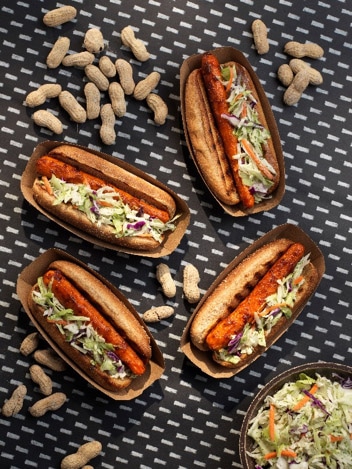 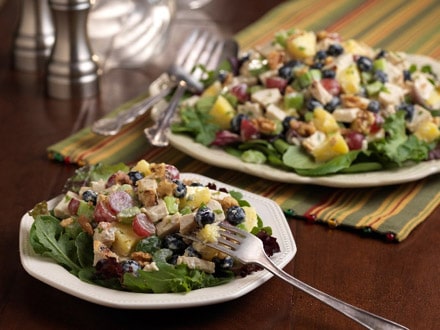 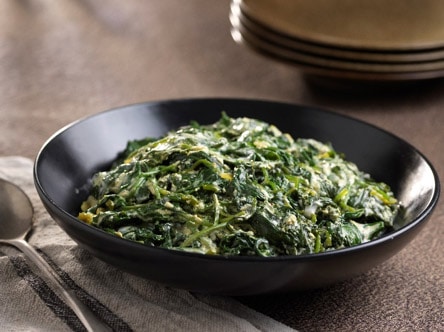 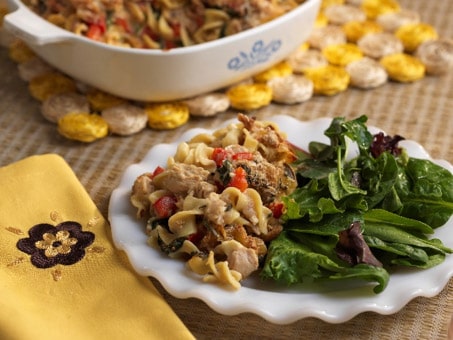 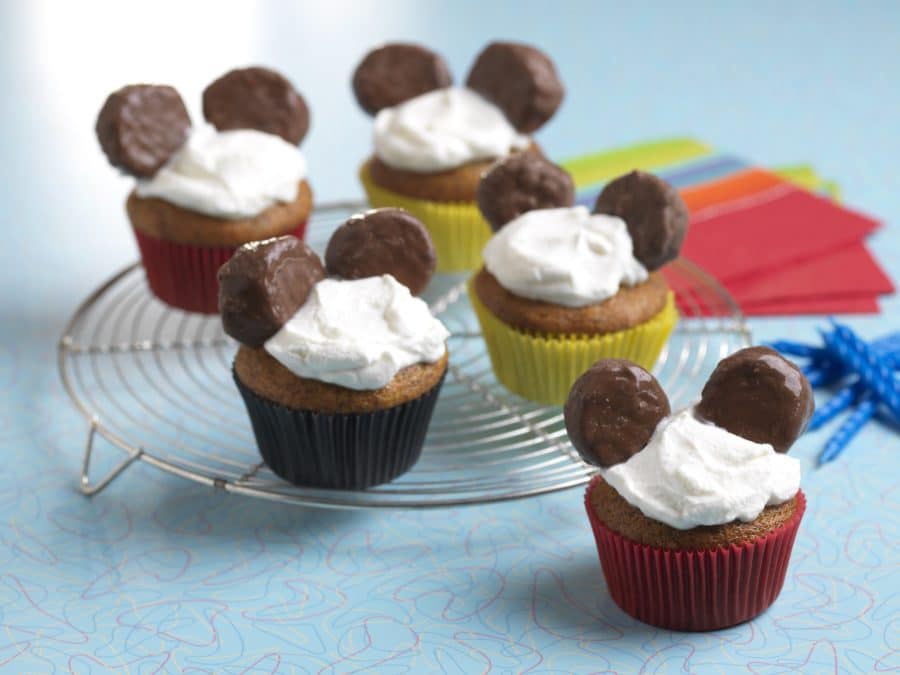 And last but not least, my favorite of the recipes well because I’m a huge fan of a peanut butter and jelly sandwich and this smoothie tastes pretty much like a PB&J in a glass!

I made this one at home, and it really does that trick if you’re craving something sweet and salty both at the same time! The DOLE® strawberries and bananas add the sweetness while the peanut butter and peanuts kick in the salty contrast. 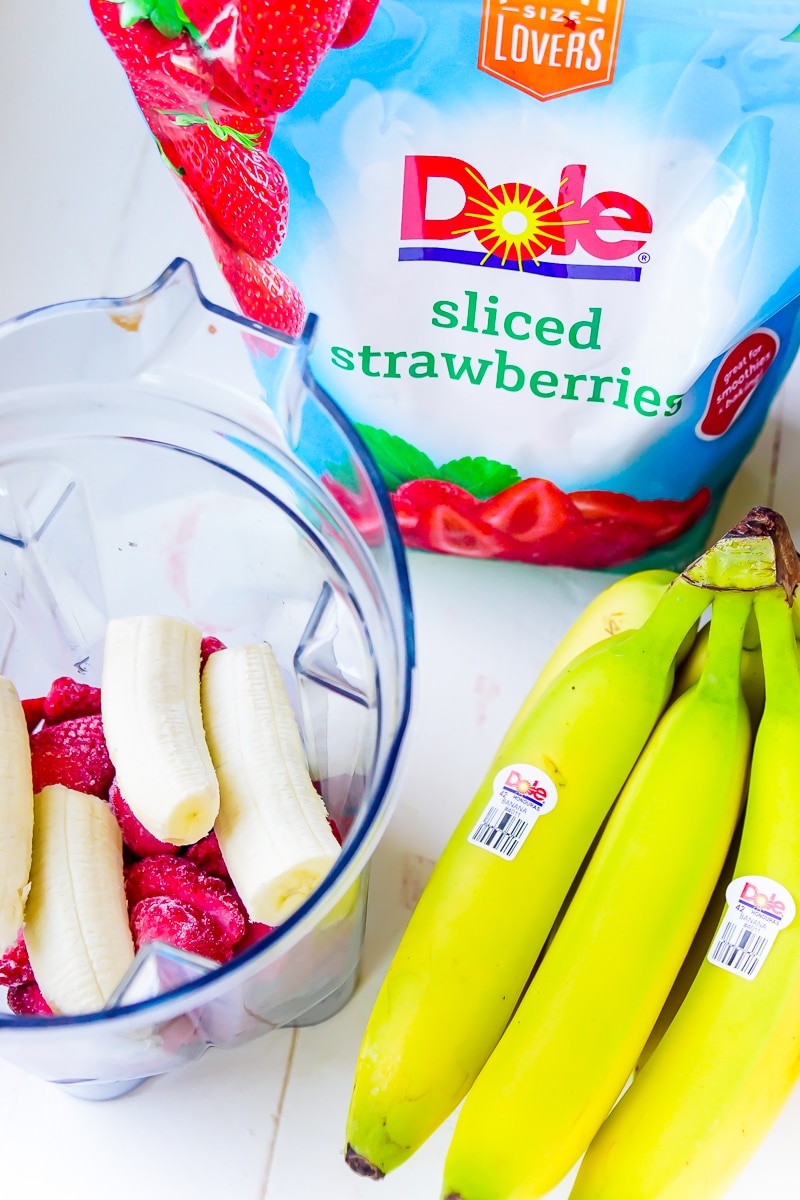 Making this one is as simple as putting all of the ingredients in the blender and blending. Get the full recipe and ingredient list here. 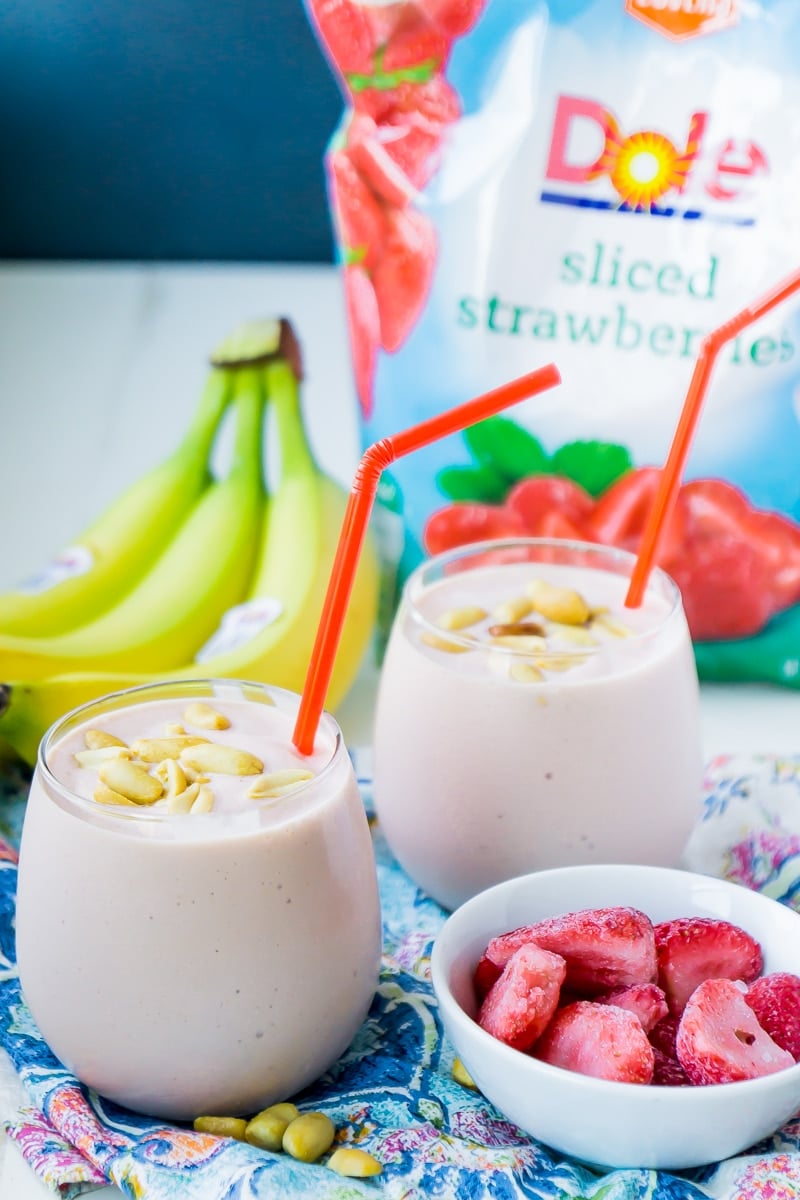 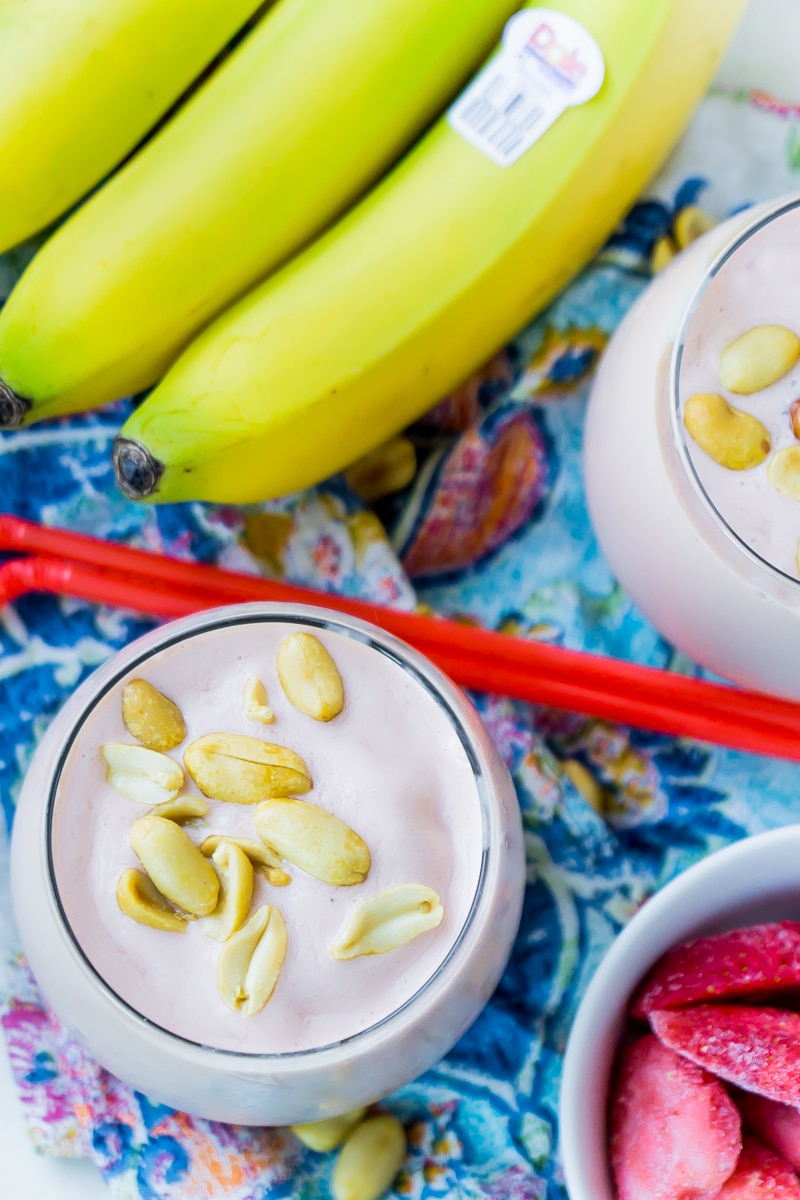 Don’t forget to pin this smoothie recipe and all the other healthy recipes for later!