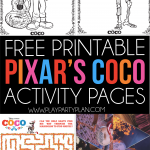 Pixar’s Coco release date is just around the corner, only two months away! Now is the perfect time to get kids excited for the big event by watching the latest Coco trailer, learning more about the Coco cast, and downloading these free printable Coco coloring and activity pages! 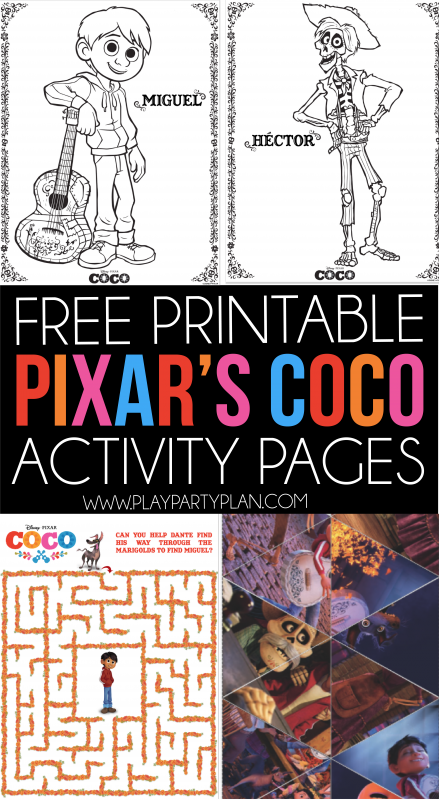 The newest Pixar film, Coco, is set to hit theaters on November 22nd, 2017! The movie is filled with music, color, and life! Here’s everything you need to know about the movie as well as the latest updates!

Miguel’s family has  generations-old ban on music, yet Miguel still dreams of becoming a musician himself like his idol, Ernesto de la Cruz. In order to prove his talent, Miguel ends up in the colorful Land of the Dead. On his journey, he meets the charming trickster Hector and they together unlock the real reason behind Miguel’s family history and baffling music ban. 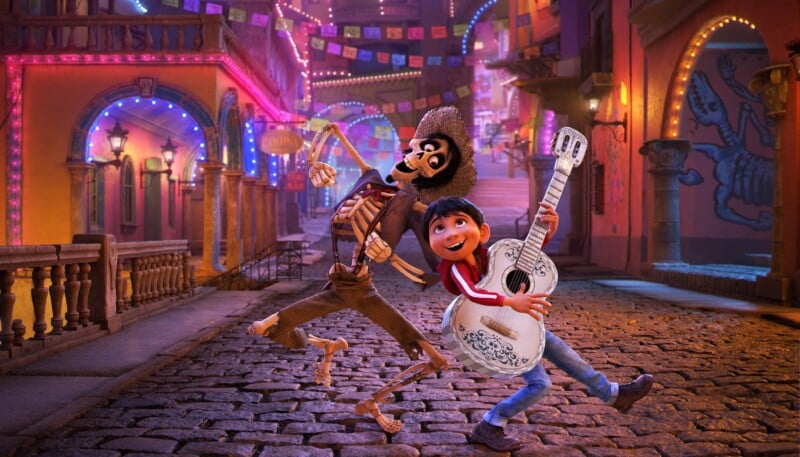 The team behind the scenes: 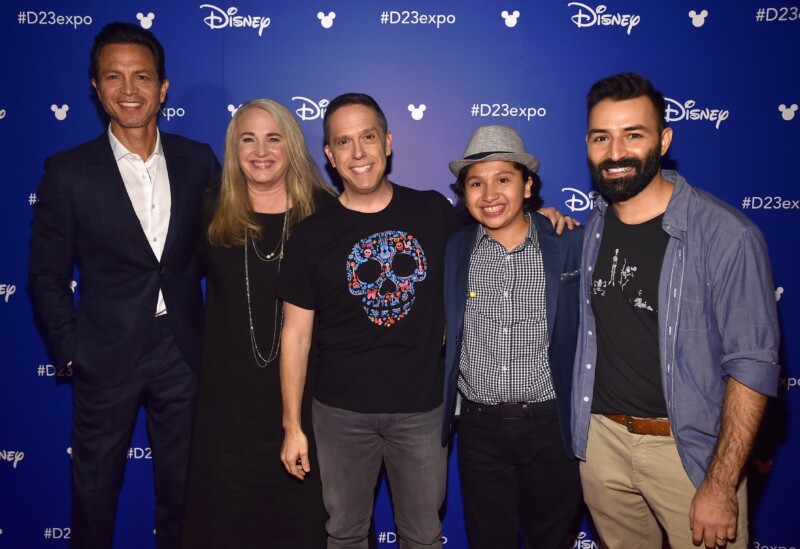 Pixar recently released the final trailer and poster for the film, and they’re just as colorful as everything we’ve seen for Coco so far. I love the idea of color and music being so central to this story and can’t wait for the film to come out! Sounds like the perfect Thanksgiving family activity! 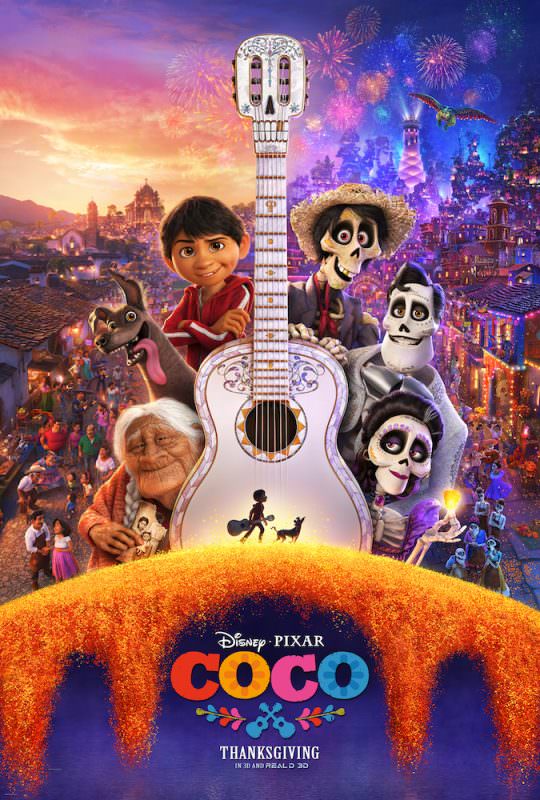 Stay Up to Date on Pixar’s Coco

Get the kids ready for the movie with these fun activity pages! Five different coloring pages, a maze, and a make a hexaflexagon (a magical mathematical shape that can keep flipping inside out to reveal hidden pictures) activity!