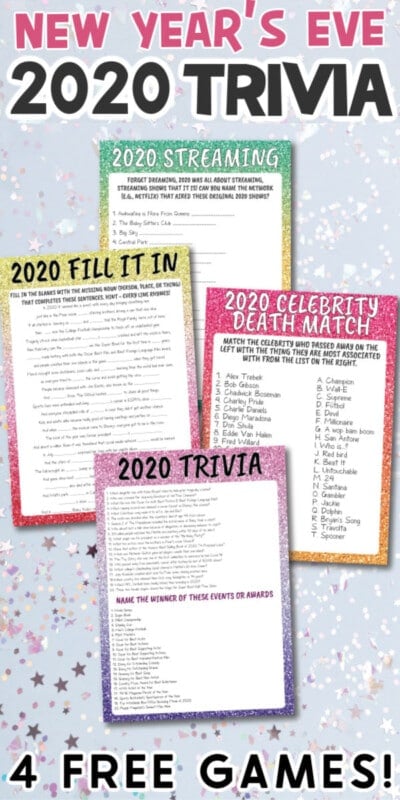 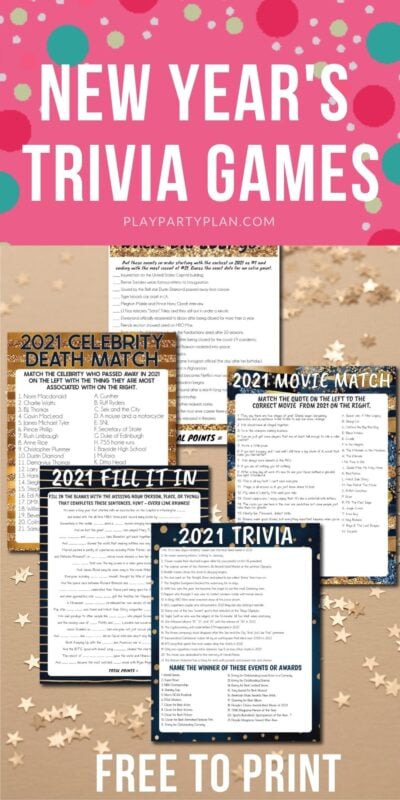 These printable New Year’s Eve games are perfect for any New Year’s Eve celebration! Simply print out one of the five New Year’s Eve trivia games and see how much you can remember about the year’s biggest news, pop culture, and sporting events! These are definitely our favorite best New Year’s Eve party games to play each year!

One of my favorite traditions each year is creating printable New Year’s Eve games based on pop culture, sports, and news events from the year.

I’ve been creating New Year’s Eve trivia games for the last ten years, and they’re always a big hit for New Year’s whether you’re doing it in person or virtual this year!

2021 New Year’s Eve trivia is here! Five brand new games for 2021 are ready to play with your family and friends this year! If you’re looking for the 2020 games, you can get the old copies here.

Let me start by saying that 2021 was a year full of loss, heartache, and struggles for millions of people around the world. I know this, I understand this, and I acknowledge this.

Know that these games that mainly focus on the good parts of the year and avoid the really sad and controversial are not meant to make light or ignore any of the hardships of this year. These are solely meant to be used for a little entertainment at a New Year’s Eve party.

They use pop culture, sporting events, and celebrity news because those are things that are shared and known by most people universally. That doesn’t mean that any of those things are any more important than the hundreds of thousands lives lost this year – they’re just what I used in my games.

The other thing you may notice is that some of the trivia questions or facts are used on multiple games. I tried hard this year to not use the same events across all the games (more than years in the past) so hopefully you can play multiple games!

The answers are in the PDF file that you get when you enter your first name and email address in the pink form toward the bottom of this post. You have to fill out the form or buy a copy of the game in my shop to get the answers.

Since movies (both in theaters and streaming) are finally back again, I brought back my popular pop culture matching game. I changed it up though and went with just movies instead of movies and music.

If you’ve never played this one before, all you do is match the movie to the quote. There are a lot of movies on here (and I know I skipped some) so hopefully players will be able to get at least a few, even if they didn’t see all the movies!

This is probably the toughest of all of these New Year’s Eve party games because you actually have to know the answer, no hints or clues. This is also a fun one to play just to remind people that there are some good things that happened this year!

I created this game as a way to remember the celebrity icons that passed away this year. This does not mean that the lives of any of these celebrities are more important than the other hundreds of thousands who died this year, it’s just because they’re celebrities that universally people may know.

Match the celebrities to the correct phrase on the right side to get a point. But be careful, some of them are a little tricky! There’s only one celebrity match per phrase.

The game is simple.

I’ve put together a bunch of rhyming lines that spell out events that happened this year. Those lines have blanks that players have to fill in. When lines are filled in correctly, they’ll rhyme.

This year’s game has everything from Red Notice to Taylor Swift’s Red.

This is a game I’ve been doing since the very beginning and it’s a fun one but can be a little tricky!

This game is more difficult than some of the others as it asks you to put events that happened this year in order from the beginning of the year to the end.

I did include an option to give bonus points for getting the date correct though so it’s possible to not get the order correct and still get points!

Get the Free Printable Trivia Games

Enter your first name and email address below to get the free printables – both the games and the answers.

If you’d rather not fill out the form, you can get a copy in my shop here as well.

The file includes all five games mentioned above for 2021. 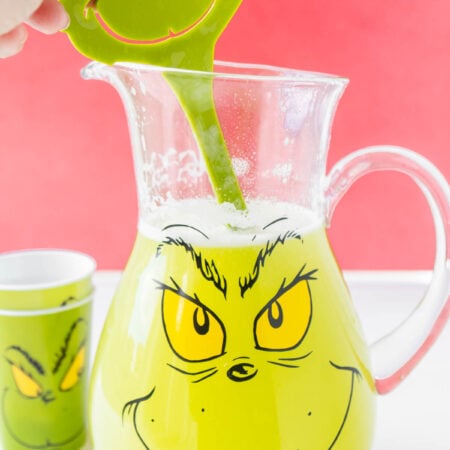 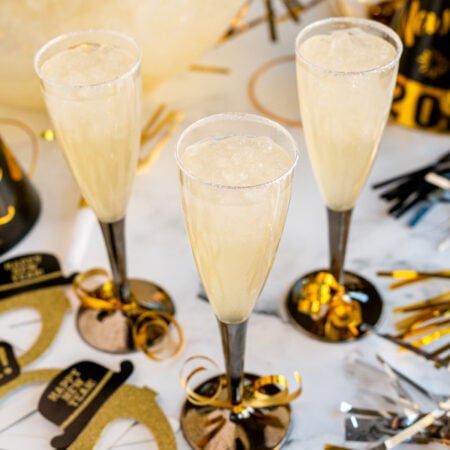