A spoiler-free Thor: Ragnarok review that tells you everything you need to know. Is Thor: Ragnarok family-friendly, how are the actor performances, and most importantly, is it worth seeing? 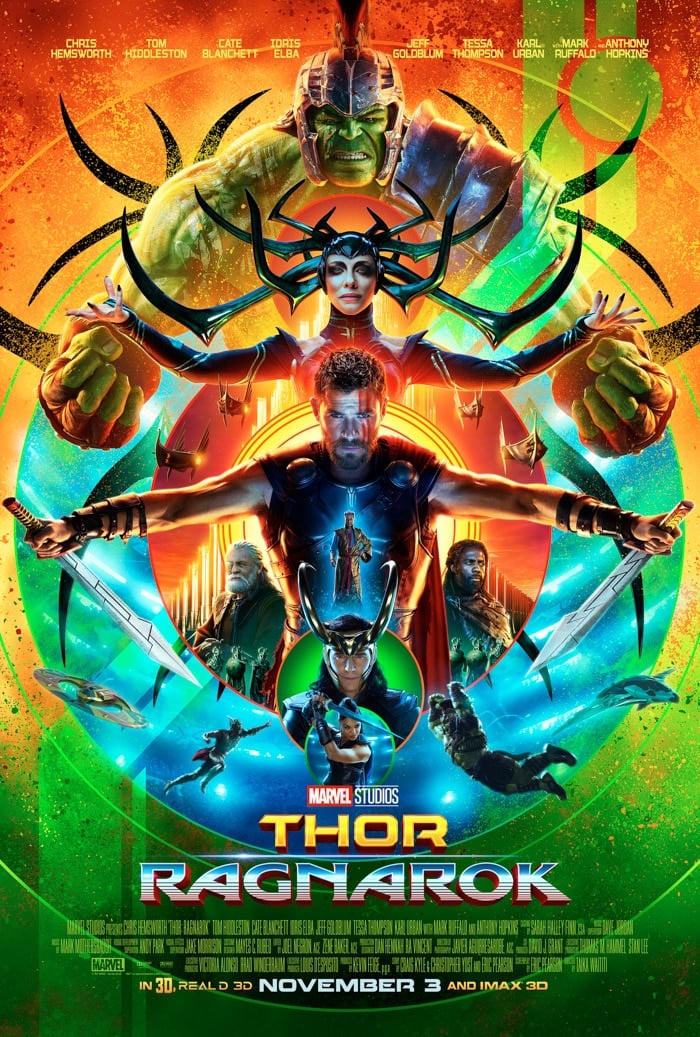 In Marvel Studios’ “Thor: Ragnarok,” Thor is imprisoned on the other side of the universe without his mighty hammer and finds himself in a race against time to get back to Asgard to stop Ragnarok—the destruction of his homeworld and the end of Asgardian civilization—at the hands of an all-powerful new threat, the ruthless Hela. But first he must survive a deadly gladiatorial contest that pits him against his former ally and fellow Avenger—the Incredible Hulk! “Thor: Ragnarok” thunders into U.S. theaters on November 3, 2017. Watch the latest trailer below.

Thor: Ragnarok is in my opinion the best of the three movies in the THOR franchise by far and easily one of my favorite movies in the entire Marvel Cinematic Universe. Director Taika Waititi said that he really just wanted to make a movie that people could come out of the film with a smile on their face, and he’s done just that. It will have you laughing from the very first scene to the very end, possibly even rolling with laughter at times. And the best part is that the comedy doesn’t seem forced, it’s written and acted in a way that it’s funny without really trying to be.

One of the other things I absolutely loved about the movie was how they tied it back to previous Marvel movies. I won’t spoil any of the scenes for you, but I will say that the funniest scenes out of all were ones that were directly tied to the MCU. These aren’t Easter eggs you have to search for during the movie, they’re laid out in the open for everyone to see. And they are hilarious.

Thor: Ragnarok is good enough to be a stand-alone yet feels like it fits right into the bigger universe. It answers the “where were Hulk and Thor during Civil War” question we’ve all been dying to know in a fun and entertaining way.

If you asked me for the standout performance in the movie, I couldn’t tell you. They all played their parts well, and this film really allowed them to showcase a different side of each character than any of the previous films.

This was the best I’ve ever seen Chris Hemsworth as he was allowed to add more personality and fun into this new version of Thor. He apparently asked Marvel President Kevin Feige if they could add more friends from work to the Thor films (like the other MCU individual character films), and it worked wonders. We’ve only seen this kind of humor from him in a handful of scenes in previous movies, like the one in Avengers: Age of Ultron where they’re all trying to lift the hammer. I especially loved his banter and relationship with Hulk in the movie, it reminded me of the banter and friendship I saw between Chris and Mark Ruffalo during the red carpet event and press conference the day after.

Speaking of Hulk, in this movie we get to see more of Hulk than we ever have before. Hulk talks. Hulk sulks. Hulk becomes more than just a big green killing machine, and he smashed it. I’m a huge Mark Ruffalo fan and loved that they allowed him to be more a part of Hulk this time around than ever before. They even changed how Hulk looks (again!) and gave him more of a Mark Ruffalo vibe than any of the other movies before.

Cate Blanchett was perfectly cast in the role of Hela, goddess of death. She’s perfectly poised, powerful, and gorgeous in her take on the MCU’s first female villain. I’m hoping, like Loki, that she’s a villain that keeps coming back.

Tom Hiddleston revives his role as Loki for the first time since Thor: The Dark World and does it as well as ever before. He’s not as much of a focus in this one, but that doesn’t mean he doesn’t play a major part in the storyline. His performance is a bit more subtle and understated, but in a good way. Some of his one-liners and facial expressions are among the best in the film.

A newcomer to the story, Tessa Thompson, plays The Valkyrie, another Asgardian who plays a part in capturing Thor in the movie. Unlike Thor’s counterpart in the previous films, Natalie Portman, Tessa does a fantastic job playing a woman who can match up to Thor. She’s not fragile or in awe when the God of Thunder makes an appearance and really holds her own in a movie full of strong male actors and Cate Blanchett.

Three other standouts in the movie were Jeff Goldblum as the grandmaster, Karl Urban as Skurge, and director Taika Waititi as Korg. Jeff was exactly what you would expect Jeff Goldblum to be – eccentric, over the top, and hilarious. Karl showed depth in both his acting and character’s storyline. And Taika as the totally improvised Korg was the character you never would’ve written into the story but couldn’t imagine without. Korg and Thor scenes were almost as good, maybe even better, than the Thor and Hulk scenes. Rachel House also shines in her role as Topaz, mostly because of her ability to deadpan seriousness when everything going on around her is ridiculous.

This question is a subjective one. Family-friendly seems to mean something different to everyone. For instance, my brother’s kids (5, 10, and 12) have seen every single Marvel movie and typically make plans to go watch them together as a family opening night. My 4-year-old on the other hand has only seen Ant Man and a couple of random scenes from other films here or there. Everyone sees family-friendly differently so instead of saying yes or no, I’m going to just put out there the things I think you need to know before taking kids.

Using that criteria, feel free to judge for yourself whether or not this movie is appropriate for your own kids. If they’ve watched the other Marvel movies, this one is just fine. It’s actually a much lighter storyline than say Captain America: Civil War or Avengers: Age of Ultron.

What Movies Do You Need to See Before Thor: Ragnarok

Like I mentioned before, there are a handful of references to scenes from previous MCU movies. In order to fully experience Thor: Ragnarok like it should be experienced, I highly recommend watching these movies before you see Thor: Ragnarok.

Is Thor: Ragnarok Worth Seeing?

Yes! One thousands times yes if you’re a Marvel fan. Not only is the movie fantastic, there are pieces of the Marvel Cinematic Universe storyline that are filled in and will likely have a pretty major impact on Avengers: Infinity War coming out next year. Even if you’re not a huge Marvel fan, it’s still hilarious and worth watching, just maybe not necessary to see it on opening night. 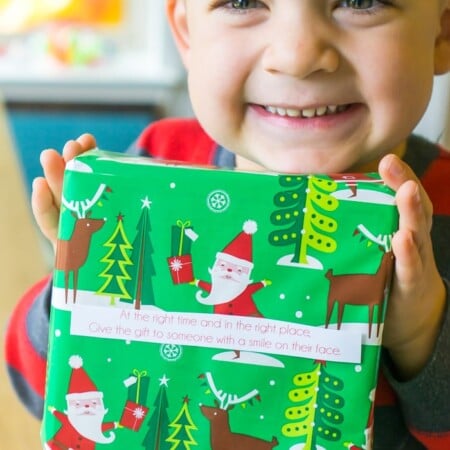 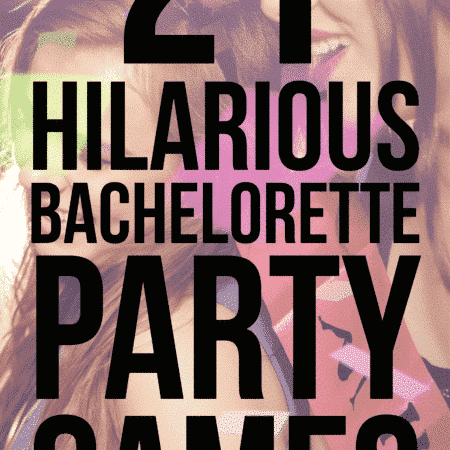 Next Post
21 Hilarious Bachelorette Party Games Everyone Can Play