This easy to make spaghetti meat sauce recipe is sweet, healthy, and the perfect addition to a plate of spaghetti or spaghetti squash! Made with flavorful spices and a touch of honey, it’s best enjoyed with hot pasta, fresh parmesan cheese, and toasted bread! It’s the best spaghetti sauce you’ll ever make and once you try it – you’ll never go back to a traditional spaghetti sauce recipe! 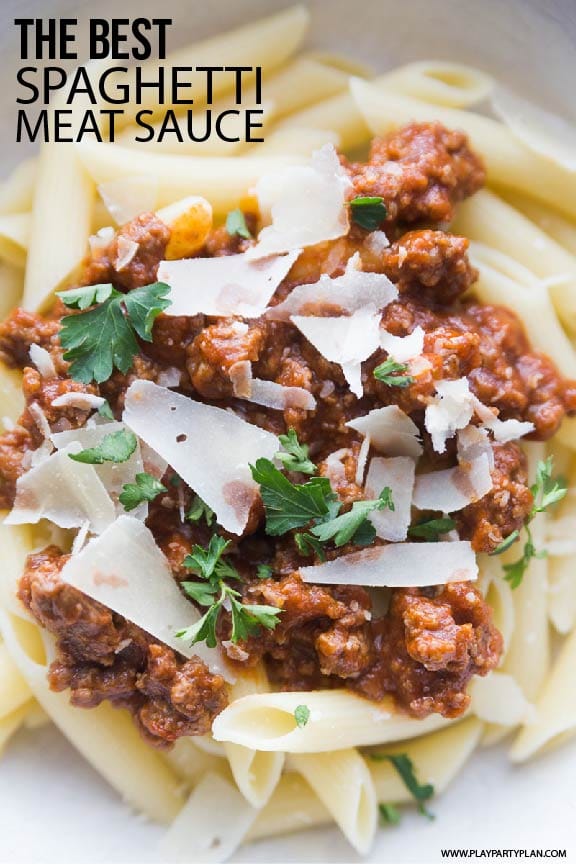 When I first met my husband we were in college in Utah and lived near a couple of his cousins. One of his cousins in particular loved to cook and invited us over to dinner on a regular basis.

One of those nights he made us spaghetti. I’ll be honest, I’m not normally the biggest fan of spaghetti because often times homemade spaghetti sauce comes complete with my least favorite ingredient, onions. This one, however, was a totally different spaghetti meat sauce than we’d ever tried before.

My husband took that inspiration and made his own version of that sweet spaghetti meat sauce, which is what I’m sharing today.

It’s unlike any spaghetti sauce I’ve ever tried in a restaurant, and it’s absolutely delicious! Especially if you leave a little bit of sauce to dip these garlic parmesan rolls in! 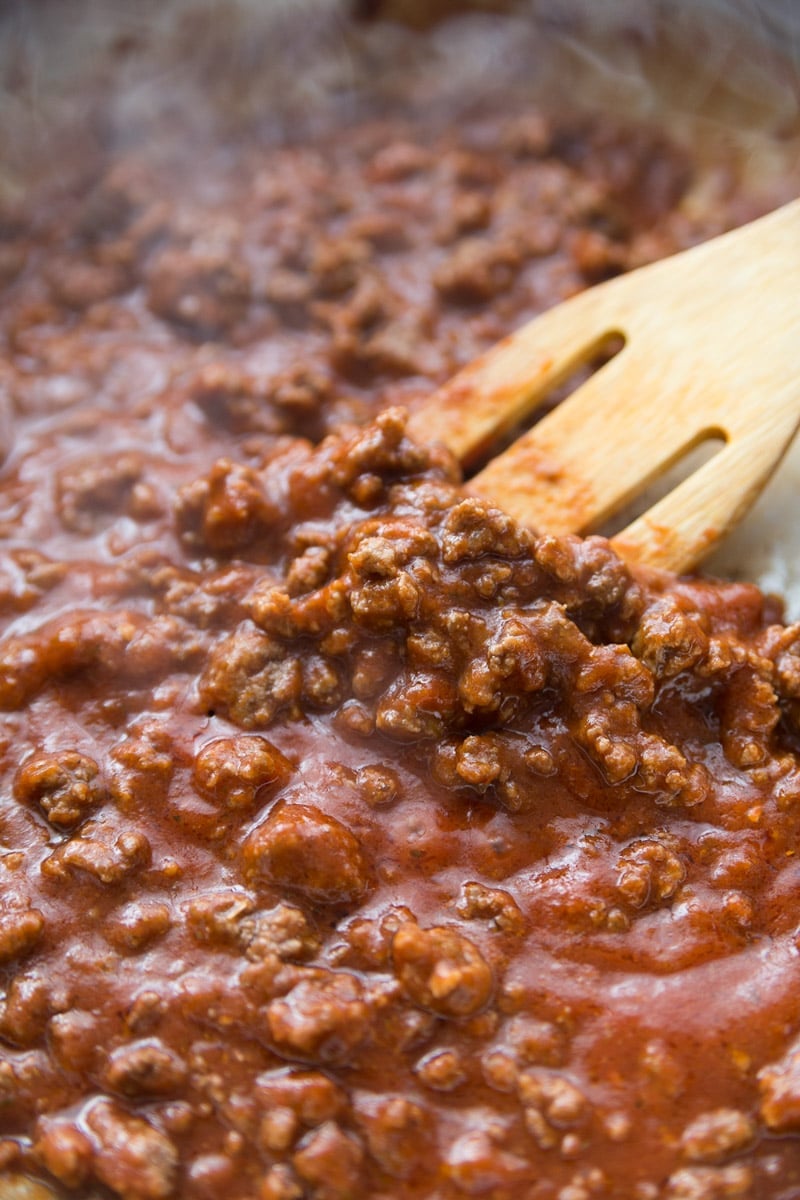 The ingredients in this spaghetti meat sauce recipe are pretty minimal, which is why it’s a good healthy alternative to the canned stuff you buy in the stores. And it also means you likely already have all of these things on hand to make this for dinner right now! 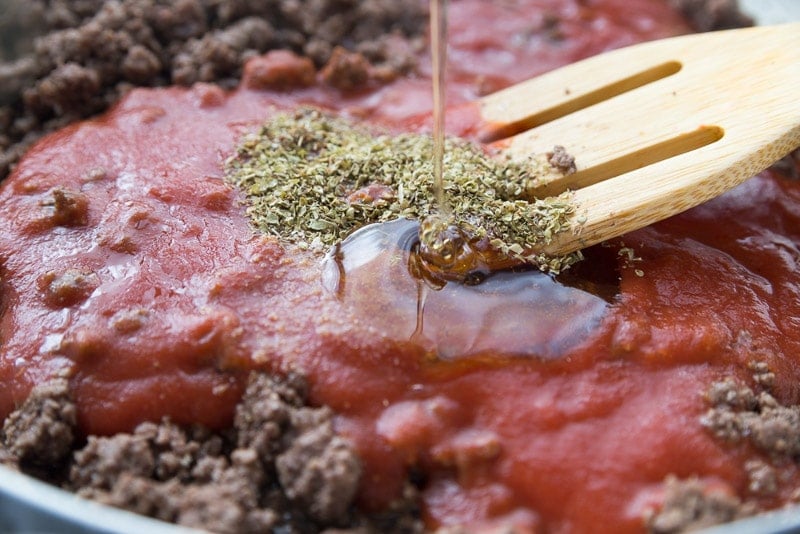 How to Make Spaghetti Sauce

One of the best things about this spaghetti meat sauce is how easy it is to make! 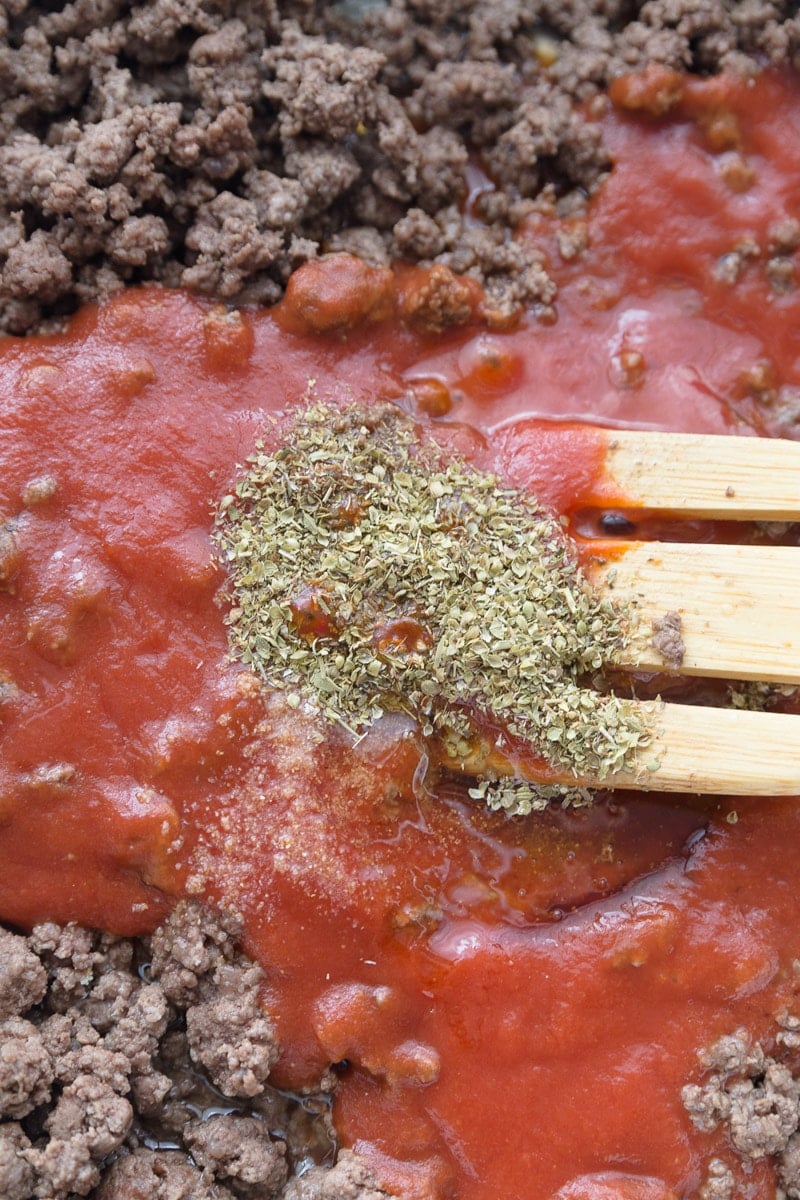 How to Make Spaghetti Meat Sauce with Fresh Tomatoes

To make spaghetti meat sauce with fresh tomatoes instead of tomato sauce, simply peel your tomatoes and toss in the blender and blend until they are a smooth consistency. Or if you like your sauce chunkier you can totally keep them a bit chunky, I just like less chunks in my sauce. Once the tomatoes are pureed smooth, use them just like you would the tomato sauce in this recipe.

What to Eat with This Spaghetti Meat Sauce

This spaghetti sauce is best enjoyed with some sort of fresh parmesan cheese, crusty bread, and some sort of veggie sides since there are no veggies included in this dish (unless you do spaghetti squash instead of pasta). These are some of my favorite dishes that would go well with this sweet meat sauce! 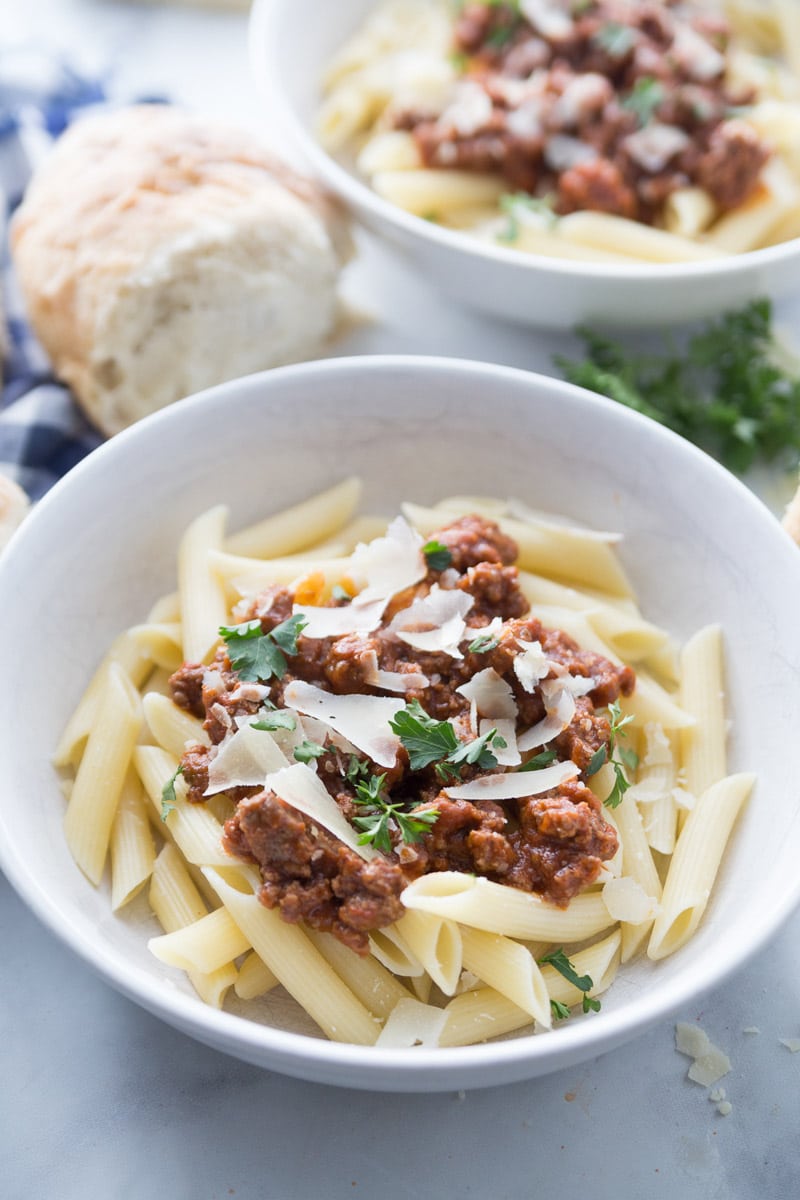 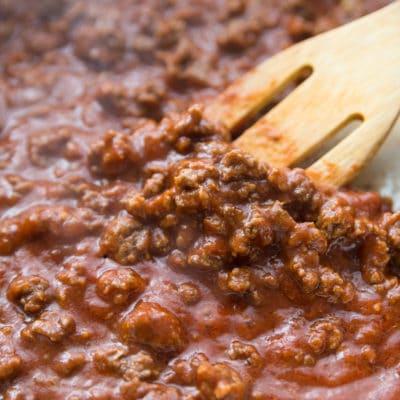 This easy to make spaghetti meat sauce recipe is sweet, healthy, and the perfect addition to a plate of spaghetti or spaghetti squash! Made with flavorful spices and a touch of honey, it's best enjoyed with hot pasta, fresh parmesan cheese, and toasted bread! It's the best spaghetti sauce you'll ever make and once you try it - you'll never go back to a traditional spaghetti sauce recipe!
5 from 1 vote
Print Pin Rate
Course: Dinner
Cuisine: Italian
Prep Time: 15 minutes
Cook Time: 15 minutes
Total Time: 30 minutes
Servings: 6
Calories: 530kcal
Author: Britni Vigil 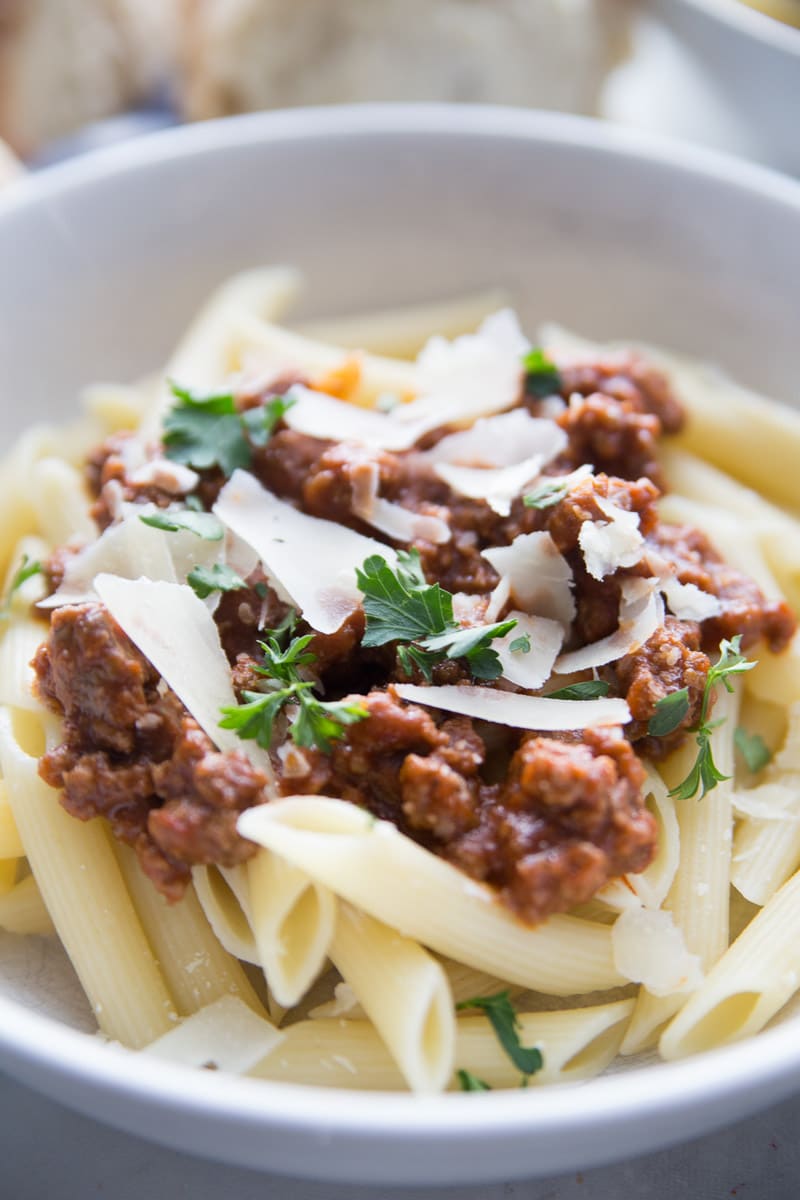 Will the spaghetti sauce thicken as it cooks? And how to thicken spaghetti meat sauce?

Yes, the sauce will thicken as it cooks. If you’re in a hurry, you can eat the sauce earlier than the recipe calls for, but I recommend letting it simmer for the full ten minutes to let it thicken as much as possible. If after ten minutes it’s still not thick enough to your liking, simply simmer for a few minutes longer.

No, this spaghetti sauce recipe does not have gluten in it. If you want to make it a gluten-free meal, eat the spaghetti meat sauce with spaghetti squash or gluten-free pasta.

Yes, this spaghetti sauce is healthy. Other than a bit of honey, which is spread out across the entire sauce, the other ingredients are all totally clean.

Can spaghetti sauce stay out overnight?

No, this spaghetti sauce cannot stay out overnight because it has meat in it. Anything with meat should be refrigerated if left out overnight.

How long will spaghetti meat sauce last in the refrigerator?

Spaghetti meat sauce will last in the refrigerator for 3-5 days. After that, I’d recommend either freezing or tossing since there is meat involved. This recipe isn’t designed to make a ton of sauce, so you likely won’t have much for leftovers.

Can spaghetti sauce be frozen?

Yes, spaghetti sauce can be frozen. If you haven’t eaten the spaghetti meat sauce within 3-5 days, put it in a freezer safe container and freeze for up to six months. To reheat, simply put it back in a pan over medium-heat and allow the sauce to heat.

Don’t forget to pin this spaghetti meat sauce for later!