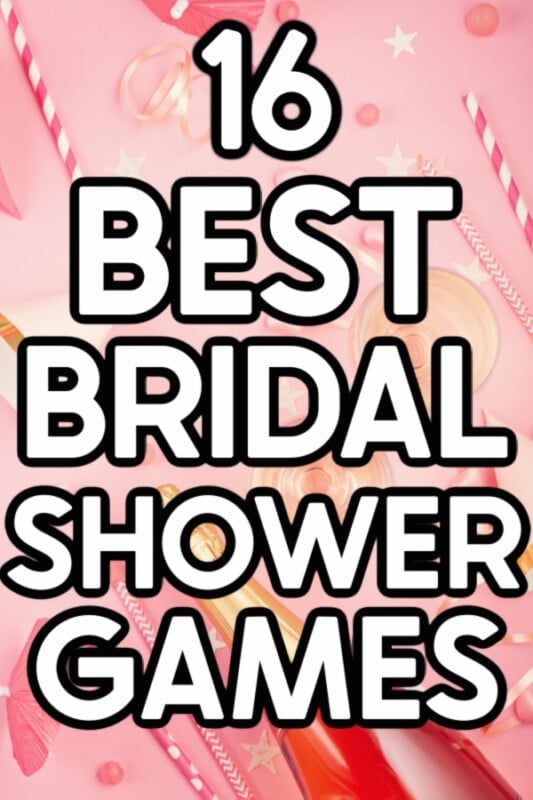 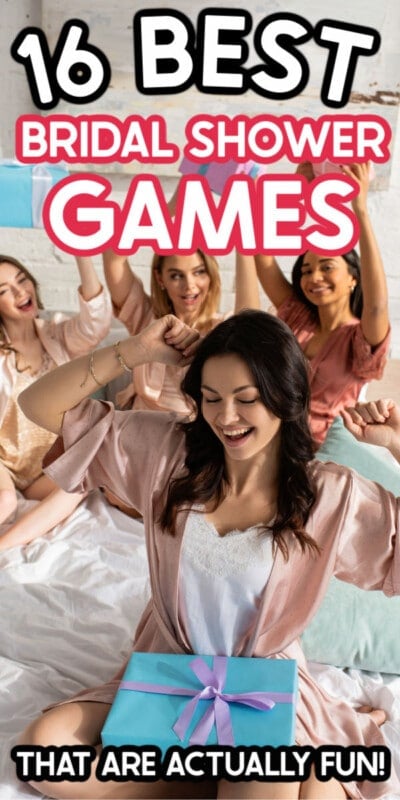 These games are ones that no one in the room had ever played before! And I dare say, it was the best bridal shower ever.

People are still talking about how fun these games were! And about my gift for my sister – these date night cards (one date for every week of the year!)

All of these games can either be played minute to win it style or just pick and choose a couple of games from the list to play with your guests. If you’re looking for something less active, you might want to check out these bridal shower

No matter which way you choose, I guarantee they’ll still be fun. And I’ve designed the games so that they would work for a coed shower if you want to celebrate the bride and groom all at the same time!

This emoji bridal shower game is great for coed showers too!

You can also watch the video below to see how it’s done!

I’ve included 16 different bridal shower games that incorporate something wedding related. Pick your favorites and go with those.

and give your player a chopstick

Player has to hold the chopstick only with their mouth. First player to get 10 rings on their chopstick wins.

Give each player a cheap garter

and set up sparkling cider bottles

on the floor in front of them. First player to toss, fling, or otherwise throw the garter and have it ring one of the sparkling cider bottles wins.

Write down the names of husbands of famous married couples on index cards (e.g., Ryan Reynolds, Ryan Gosling, Tim McGraw, Keith Urban). Players have to pick a card then act out the WIFE (not the person on the card) in charade form (no words, just acting).

Go through as many as you can in one minute and person who gets the most in a minute wins. Don’t you just love my little sister’s acting out of Blake Lively (star of Gossip Girl) and Nicole Kidman in Bewitched?

Make your list based on the guests attending the party. If it’s multi-generational, I recommend sticking to very famous people, not just younger generation ones!

Before the party, pick out a couple of mini chocolate bars

from a large bar and put a gold sticker

on the bottom. Then lay them all out in either lines or in a group flat on a surface.

To play the game, players must pick one mini candy bar and if there’s not a gold sticker, eat it. Players have to continue picking candy bars and eating them until they find one with a gold star.

First team to fill the jar wins. This one makes one of the best wedding shower games since rice is such a big wedding tradition!

Before the party, ask the bride for a couple of important dates in her life (e.g., first date, first kiss, date he proposed, his birthday). For this game, cut out the months of the year as well as the numbers 1 – 31 and have them sitting on a table.

For each round, tell the players that they have to be the first one to come up with the correct date by picking out a month and day and running it to show the bride.

The bride tells them correct or earlier/later and they have to continue running back and forth from the table with the calendar dates to the bride until someone gets it correct.

You can either do this once or a number of times with various dates.

CHECK OUT ALL THE IDEAS

and keeping it sucked up until they can place it in the jar.

Race to be the first to a certain number or see who can do the most in a minute.

Be the first team to unscramble all of the movies on this free printable game full of different ways to say classic movies (e.g., daughter of a king getting married = princess bride).

Or if you prefer songs, try out this free printable love song version to unscramble popular love songs (e.g., a tale about romance = Love Story). This is one of the most fun printable bridal shower games I’ve played at a bridal shower!

Players must race to tie the most cherry stems

into knots as they can with their tongue, either in a minute, or compared to their competitors. This is one of the games that would work as great bachelorette party games too!

Purchase a handful of wedding related items or items off the bride’s registry (and give them to the bride after) and make sure you know exactly how much each one costs.

Players must race to put the items in the correct order from highest to lowest price.

Either way, I’d let someone do it first and then have the other player come in next so they don’t get any hints.

You could also play this game Price is Right style instead! Have people guess who much each of the wedding related items is an the person who is the closest without going over wins a point – most points wins a prize!

across the room to see who can knock down their stack of cups first.

Alternately, you could tape down one champagne glass per player and have players try to be the first to bounce a ping pong and land it in the cup.

that they can only hold in their mouth.

You can do this one of two ways – either have one person draw and try to go through as many as they can in a set amount of time like a minute or you can have multiple people trying to draw the same thing to get their team to guess first.

Either way is hilarious. And this one is at the top of my own personal bridal shower games list!

Check Dollar Tree or another dollar store for cheap lipstick that you don’t mind getting ruined. Or ask friends and family if they have any they no longer wear – just sanitize it beforehand!

Give each player 10 plastic cups

and a cheap plastic cake topper

. Allow them to put the items in front of them so they know where they are then blindfold each player.

Player has to create a “cake” out of plastic cups – meaning stack the cups 4 – 3 – 2 – 1  and then place the cake topper on top of the cups without knocking over their cake. First player to do it or player to do it fastest wins.

Print out copies of a photo of the bride’s face with no makeup. Give each player access to cheap makeup

including lipstick, blush, eye shadow, etc. and then blindfold them.

Player has 1 minute to give the picture of the bride a makeover blindfolded. Bride chooses the best makeup job.

so that they each have a different number of kisses inside from 1-10 then wrap the boxes in cheap wedding wrapping paper.

Player must shake the box to listen to the kisses inside and put them in order from the least number of kisses to most. 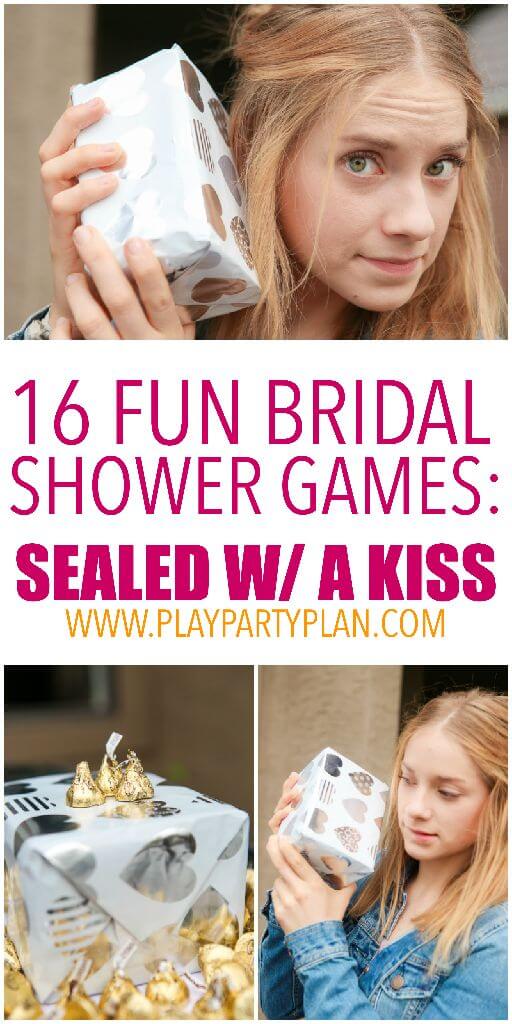 Players must compete to be the first to get all of the rings out of the bowl of freezing water using just their feet. 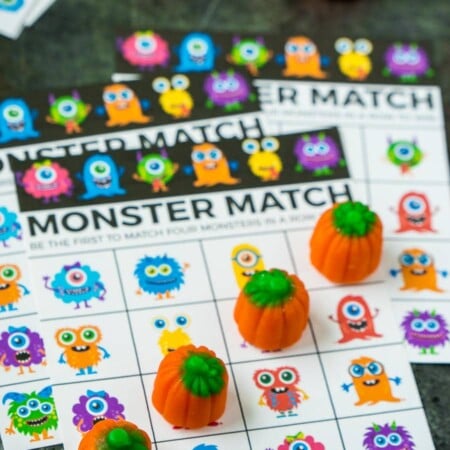