Recreate the Walt Disney World Jedi Training Academy experience at home with these DIY Star Wars party games inspired by the Jedi training academy! Start off with a little motion control with Han Solo Says followed by a search for Kyber crystals, and finally fighting with light sabers to defeat the dark side!

Simple to put together, Star Wars lovers will absolutely love these fun Star Wars games you can play at home! 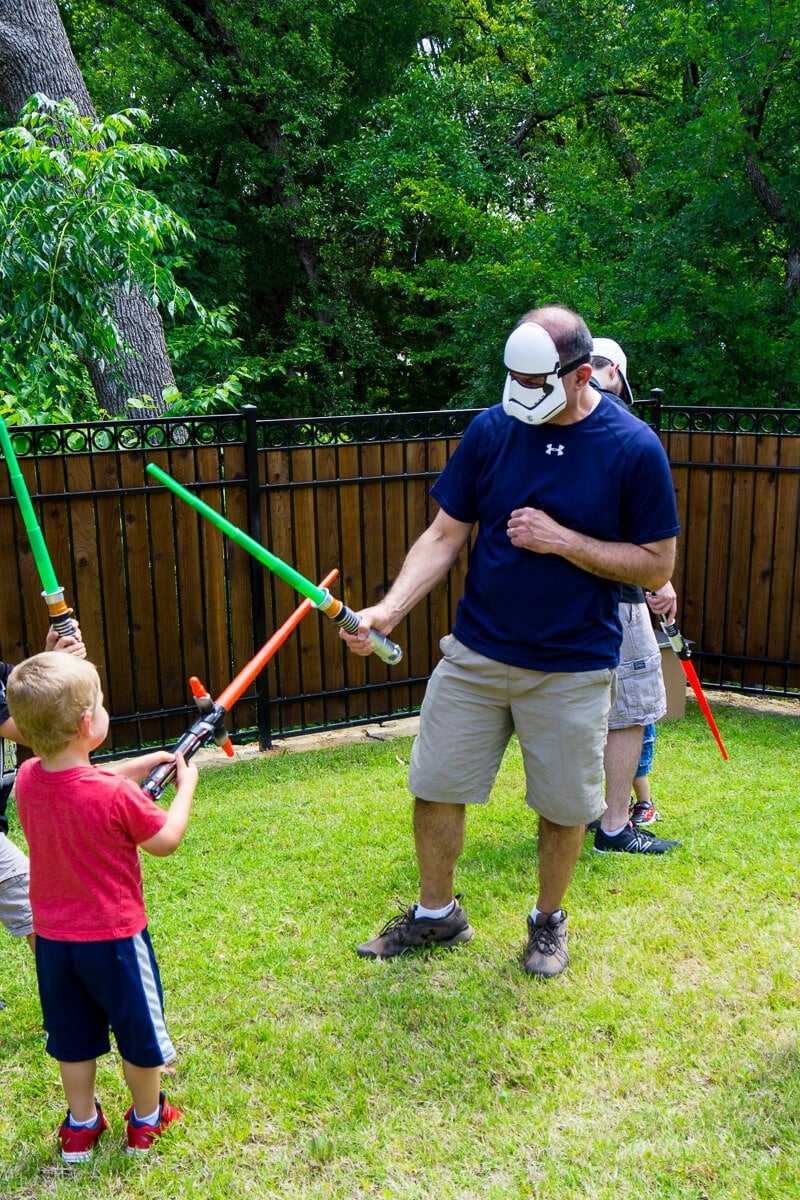 For my son’s 4th birthday party, we did a Walt Disney World themed party. Since Star Wars is such a huge part of Hollywood Studios and the Last Jedi is coming out this year, I decided to recreate the Walt Disney World Jedi Training Academy experience for the kids at the party!

I divided our Jedi Training Academy into four parts – Han Solo Says, Kyber Crystal Obstacle Course, Light Saber Skills,  and Fighting the Dark Side. We went through Han Solo Says and the light saber skills pretty quickly because the party was mostly 3-5 year olds but if you have older kids, you could easily spend a bit more time on each of those.

Total this activity took us about 15-20 minutes, most of which was spent in fighting the dark side! 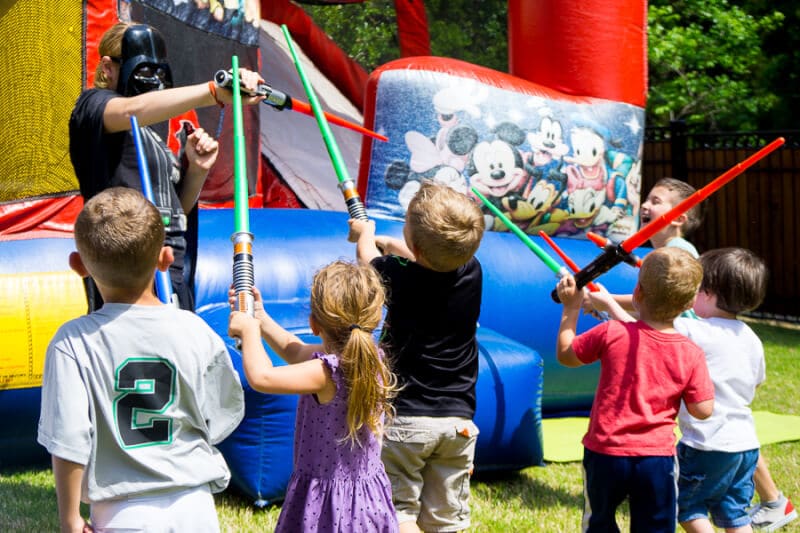 First up, we played Han Solo Says, aka a Star Wars version of Simon Says. My husband dressed up in this fun Han Solo costume and directed the kids to do fun things like using the force, jumping, ducking, running in place, etc. If he didn’t say Han Solo says and the kids moved, they just had to run  a lap around the yard and then join the group again.

Next up, we put together an obstacle course for the kids and at the end of the obstacle course, the Cave of Illum with these little crystals in the middle. We instructed each of the kids to go into the cave and pick one “Kyber crystal.”

Once they had their own Kyber crystal, they came out of the obstacle course and traded their crystal for their very own light saber (that I got on clearance for $2/piece, score!). 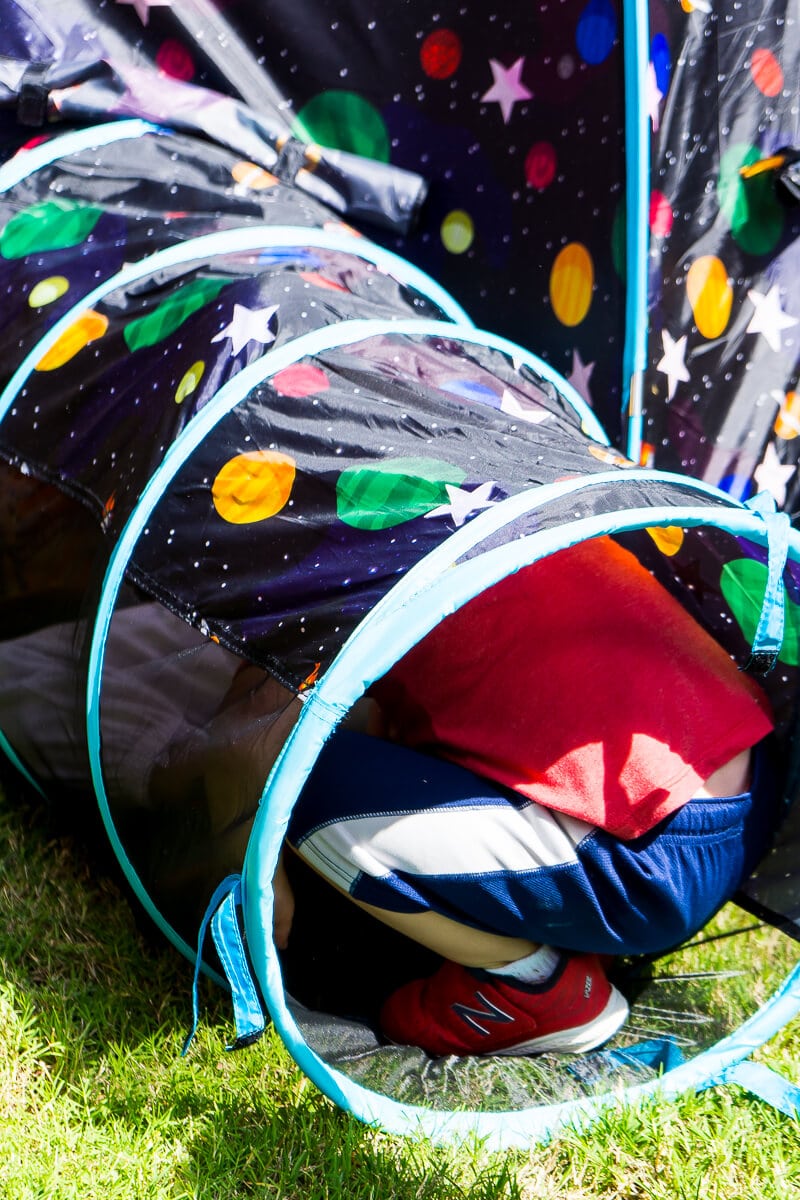 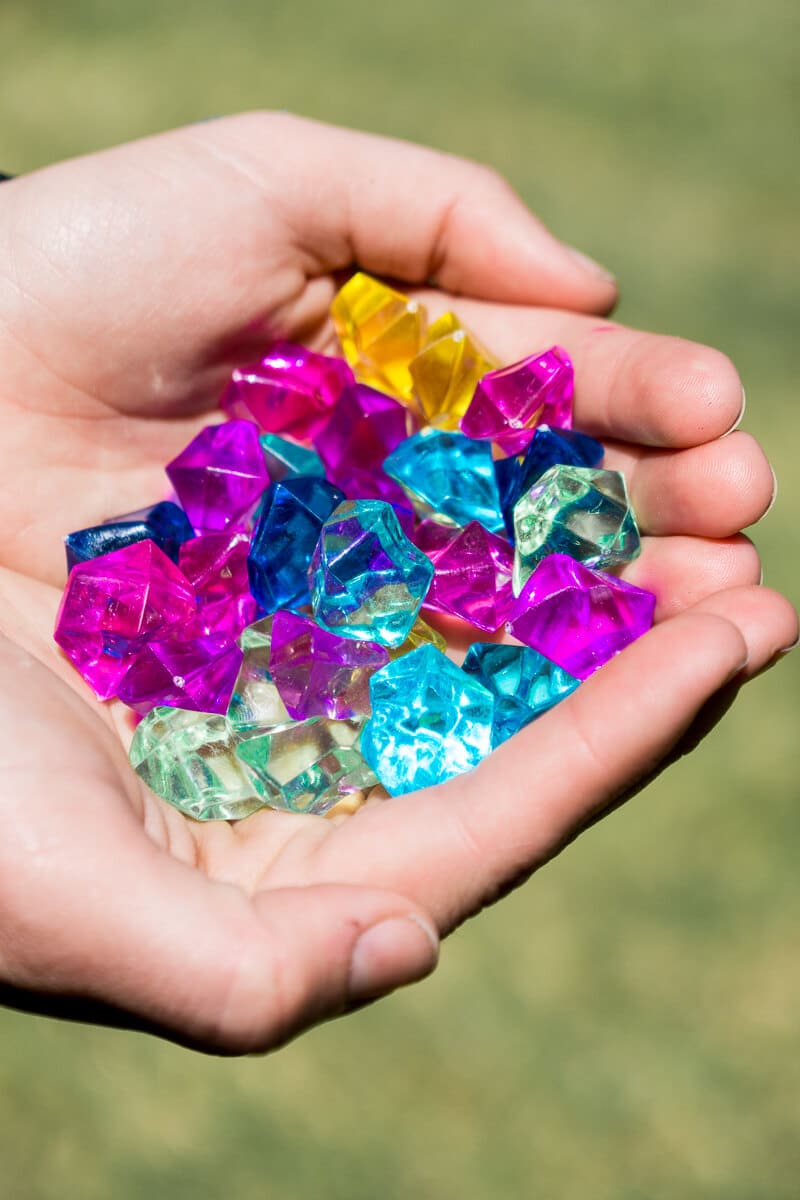 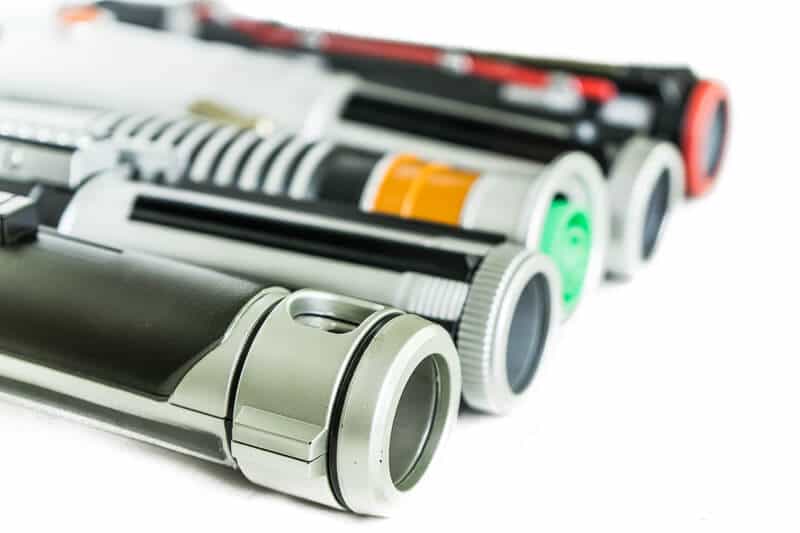 Once the kids all had their very own light sabers, Han Solo led them in learning how to use their light sabers, just like the Jedi Training Academy experience at Hollywood Studios. This part was pretty quick because the kids just wanted to start fighting with the light sabers, but it’s okay.

While the kids were learning how to use their light sabers, my sister, husband, and father-in-law went and dressed up in Star Wars costumes and snuck into our backyard without the kids seeing them. 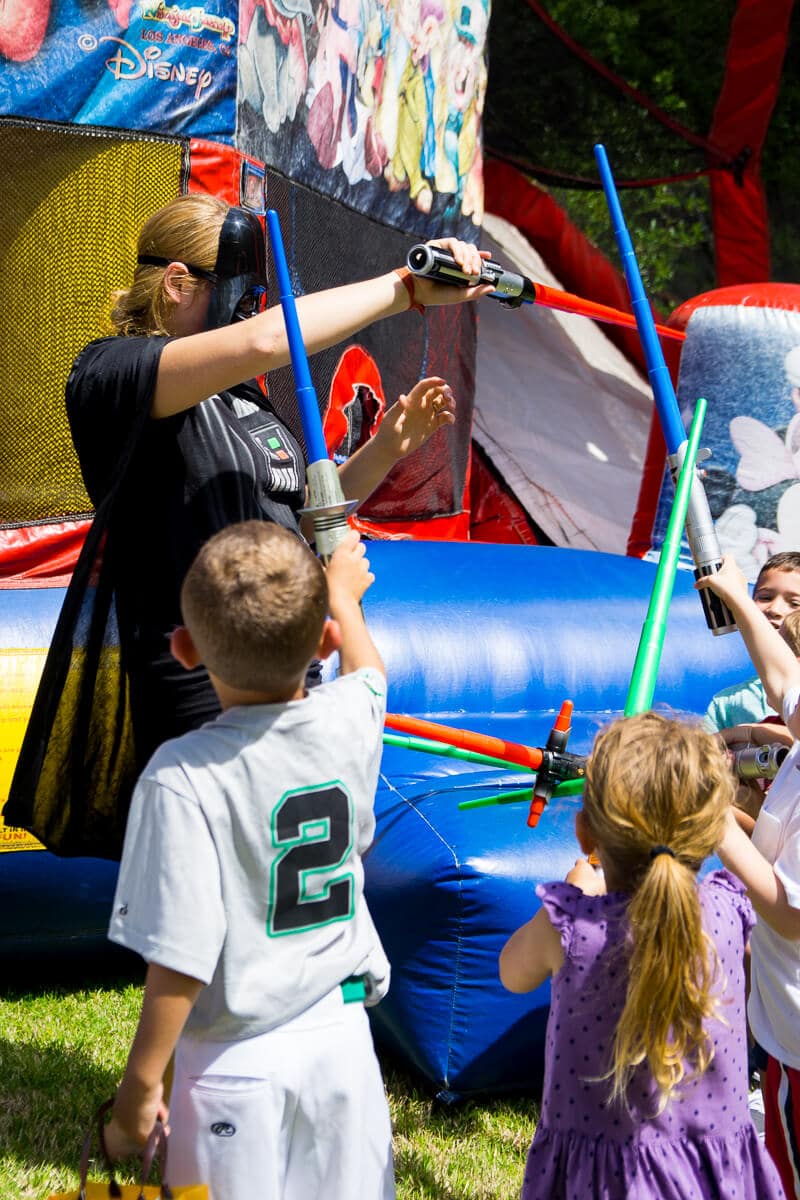 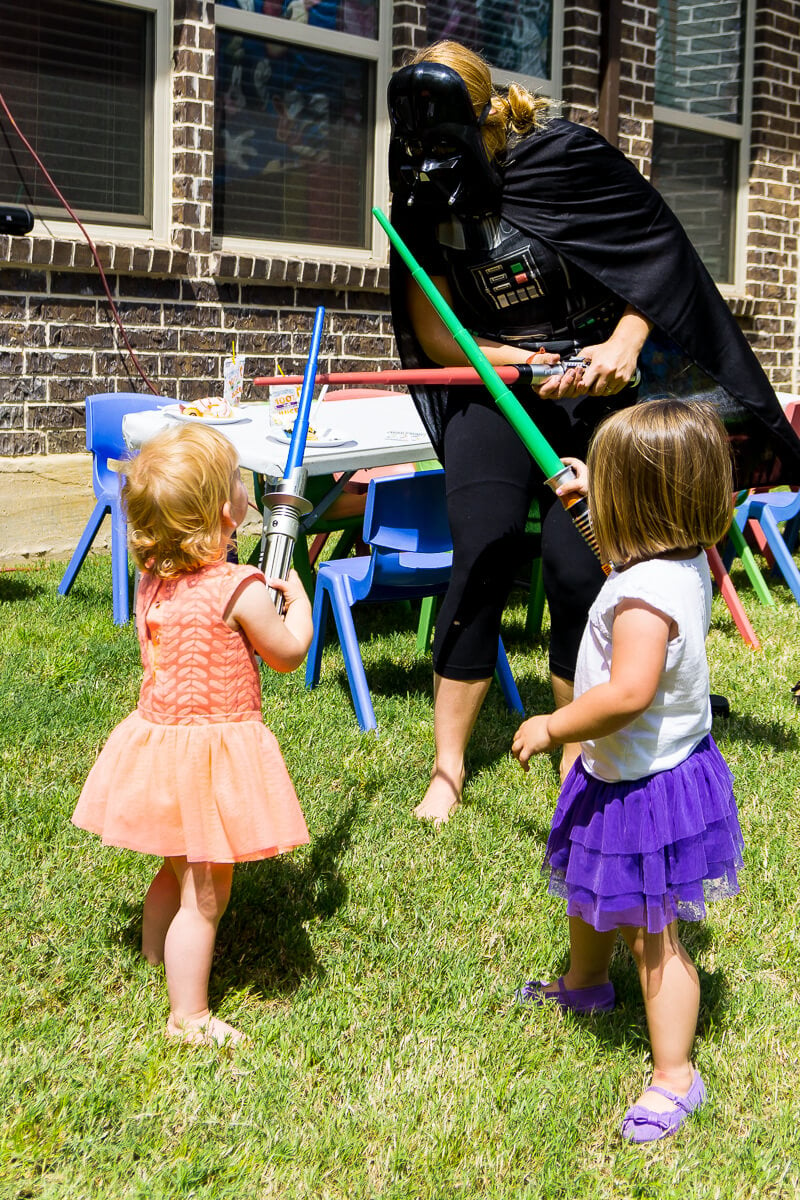 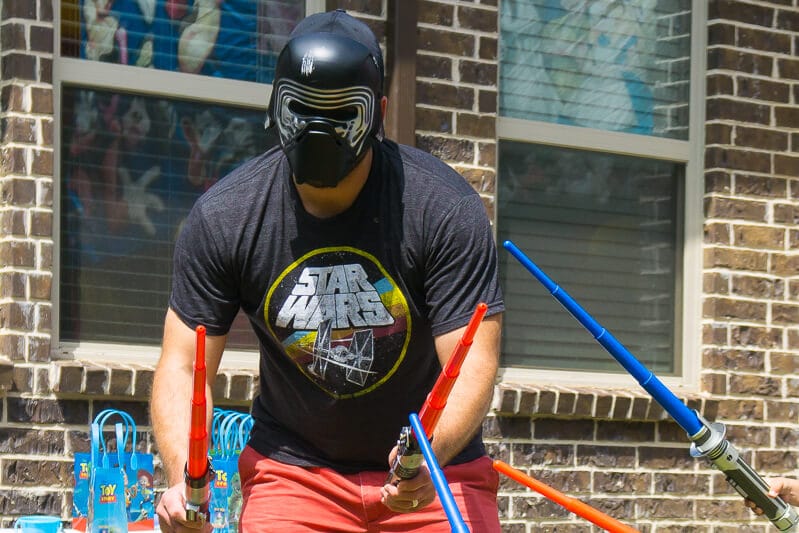 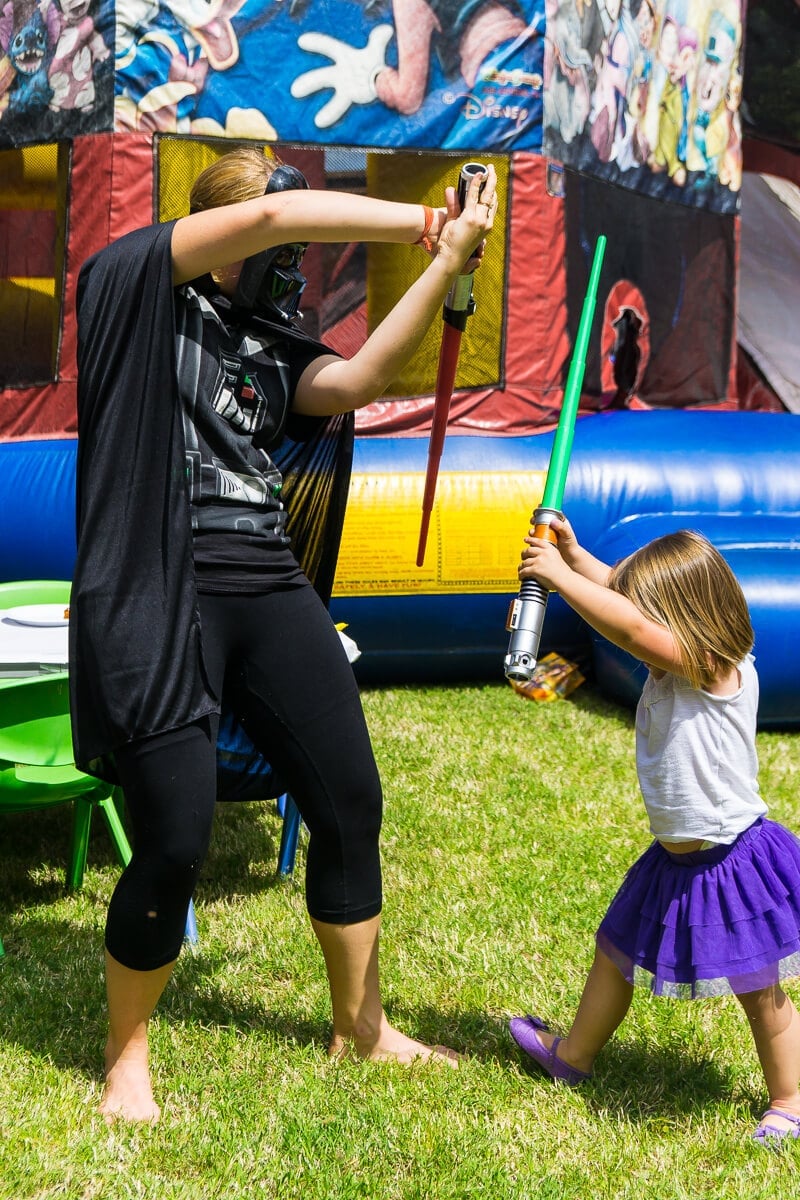 Have your kids ever done the Jedi Training Academy at Walt Disney World? What was their favorite part? 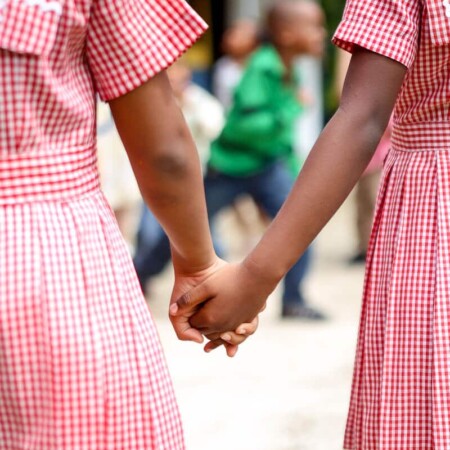 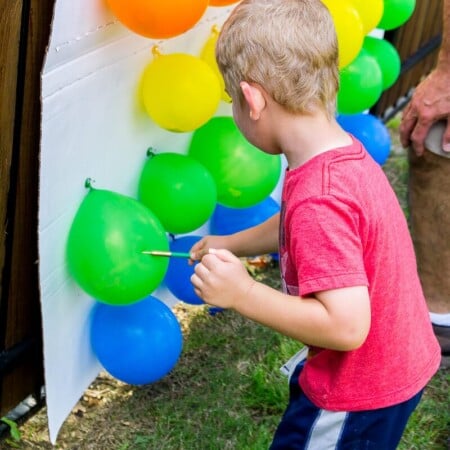