Home Life Fitness There’s a Piece of Me in All 13.1 Miles

Tomorrow marks an accomplishment that means so much more to me than just finishing a half-marathon. I’ve done that before. This one is different than all of the others.

Almost exactly five years ago I went on a cruise with my family. After the cruise I saw pictures of myself and vowed, out loud, to run every day (or at least 4x a week) until my brother’s wedding three months later. My sister-in-law laughed and told me that there was no way I could do it. She laughed, and I listened. I ran my butt off that summer (literally). I wore a khaki skirt to the wedding that summer and got complimented on how my butt looked amazing in the skirt. I never looked back. I continued running for the next three years, completing three half-marathons with my dad, one each year.

For the first time in my life, I felt like I was that girl that the guys might actually look at. I wasn’t just the best friend anymore, I was the girl to watch. I’d just never felt comfortable in my own body during high school. And now I finally believed that I was actually beautiful. I met my husband in May of that third year. We met in May, I ran the third half-marathon in November, and we got married in December.

And I stopped running for a year. And then 18 months. And around two years from my last half-marathon I hit a point in my life where I’ve never been before. A point where I would come home and put on sweats because I didn’t feel comfortable in any of my fitted clothes anymore. A point where I was too self-conscious and sad on days to even leave the house. A point where no matter what I did or what my husband said, that beautiful girl (I thought) was gone. I tried to start running again and failed time and time again. I had shin splints, I couldn’t jump, blah blah blah. My body couldn’t handle it.

So I started Weight Watchers and slowly but surely the weight came off. I’ve done a lot of different weight loss programs and Weight Watchers was the only thing that worked for me. And as the weight came off, the running got easier and easier. Tomorrow I accomplish the goal I set for myself back in December- to find myself again. And to never lose myself again. I’d much rather be the girl who wears sweats because they’re comfortable, not because it’s uncomfortable to wear anything else. And the girl that looks at her legs in lingerie and thinks to herself that her husband is lucky to have her. And the girl who loves herself inside and out.

So here goes nothing. Two and a half years all wrapped up into 13.1 little miles. And if it doesn’t all go as planned, who cares. I got something better than just dropping a couple pant sizes. I got myself back. 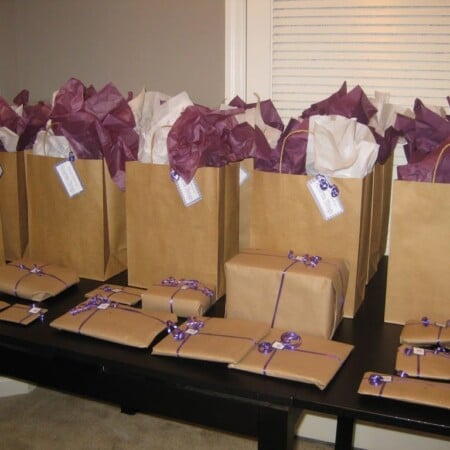 Next Post
How to Host the Ultimate Favorite Things Party