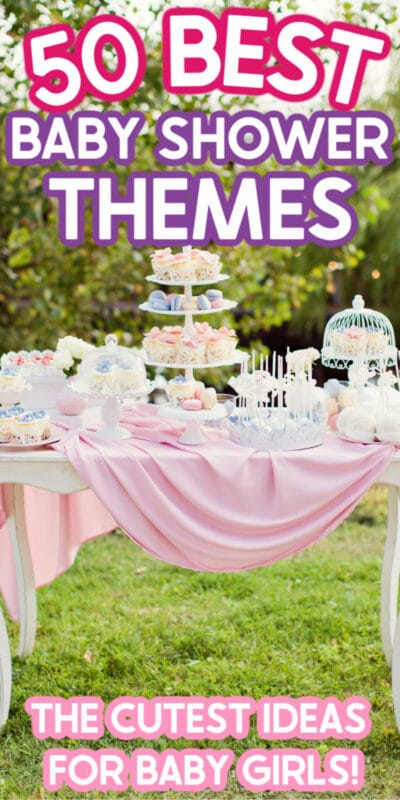 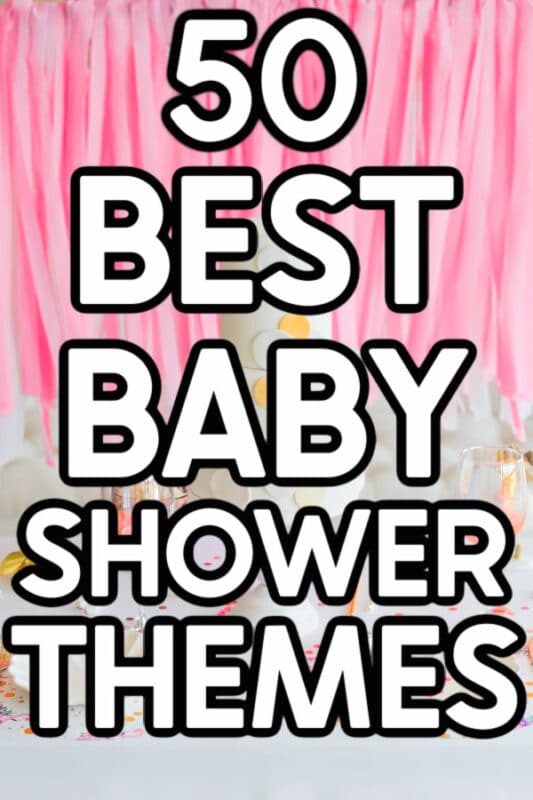 Next time you’re looking for baby shower ideas for girls, look no further than this list of unique and creative baby shower themes for girls!

I’ll admit it, I’ve always wanted a little girl. Don’t get me wrong, I LOVE my boys but there’s just something about a little girl and all of the cute and frilly stuff that goes along with little girls that makes me excited about the possibility of someday having one of my own.

I do have a couple of darling nieces and thought it would be fun to put together 50 cute AND creative baby shower themes for girls from all of the ones I’ve seen!

And if you’re inspired to make your own diaper cake for any of these themes, here’s a great tutorial on how to make a diaper cake in just a few steps!

I’ll be honest, these are probably my favorites because I’m a sucker for books. I mean I threw my son a Pajama Time 1st birthday after all.

isn’t your thing, then just pick up your favorite children’s book and have at it.

If you need some ideas, these are some of the most popular baby shower books! Click on the theme below to go directly to ideas for that theme.

Even if you’re not going with one of the baby shower themes above, I thought that these book inspired baby shower supplies were darling. They could just be an addition to any book themed baby shower you host!

While the book themed showers may have been my favorites, these are by far the cutest in the group. I mean how can you go wrong with woodland animals or elephants?

We had an elephant baby shower for my little boy to go with his nursery decor, but it’s perfect for little girls as well!

I included these because honestly I just think they’re so clever. Amy Atlas talked about using fashion to inspire parties in her book, Sweet Designs

, and I’ve always wanted to base a party off of it since.

I haven’t but absolutely adore these five fashion inspired baby showers! They’re definitely some of the more girly baby shower themes on this list!

I’m a sucker for a good pun, which is probably why the last baby shower I hosted was a “love makes the world go round” themed shower, but I think some themes have been overdone.

That’s why I put together a list of these girl baby shower themes inspired by clever sayings, some a little more clever than others, but all cute!

And last but not least, five of the cutest baby showers I’ve seen that just didn’t fit into another category.

Sometimes everything just doesn’t fit into a square box, and these girly baby showers were those ideas!

I think the candy theme one would be really fun, and these baby shower games would be a perfect addition to that theme! 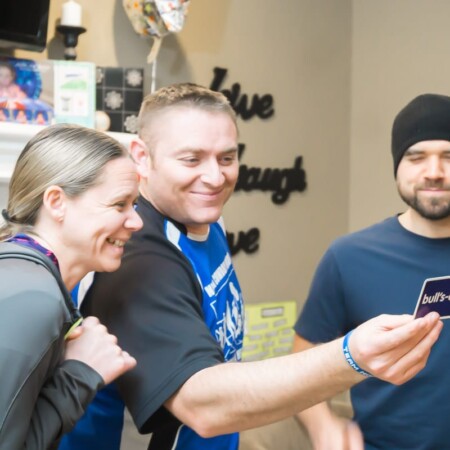 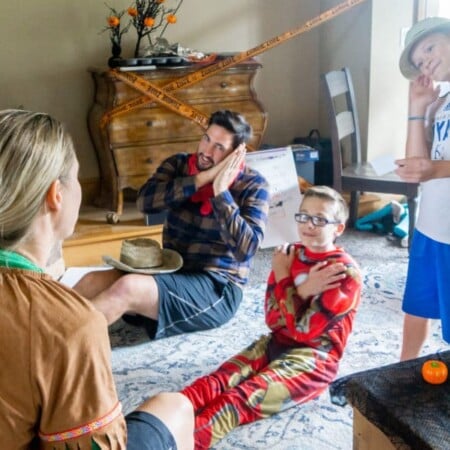