This is the ultimate amusement park packing list with a bunch of things to pack that you never would’ve thought about bringing like hair ties and extra change. 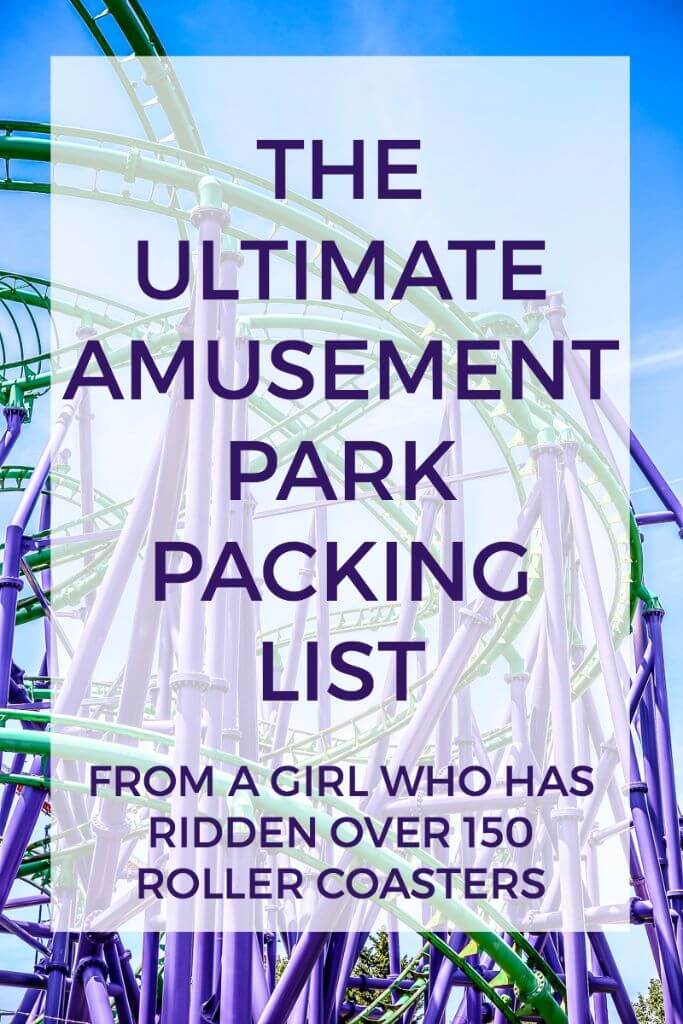 One of my favorite things to do with my family is go to amusement parks. We did it all growing up, and I’ve continued the tradition with my own family. I’m so excited because this year my 7-year-old is finally 48 inches tall!

And 48″ is a huge milestone for amusement parks; he can go on like 20 more rides this year than last. It definitely makes the amusement park tickets we bought this year more worth it.

Since we tend to go to an amusement park at least once a week, I just have a bag in my car that’s our “amusement park” bag. And that bag has pretty much the same things in it at all time.

Visiting amusement parks this year is a bit different than in the past but our packing list is still pretty similar with the exception of adding masks and wipes.

You can see many of this year specific items in the ultimate Disney packing list! 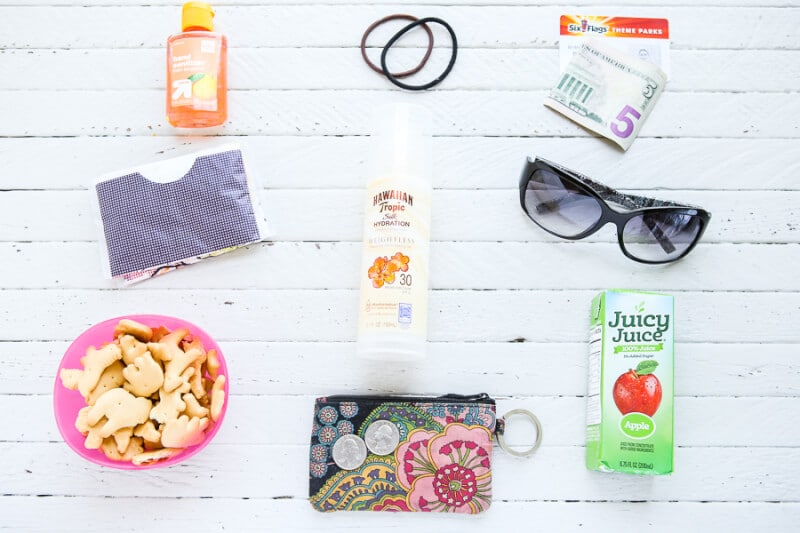 Things to Pack for an Amusement Park

This is probably the most important thing that goes in your bag. There’s nothing worse than a terrible sunburn, not only because it hurts but because it’s terrible for your skin and overall health. And you don’t want to ruin a fun day at the park (or the week after) because you’re sunburnt. 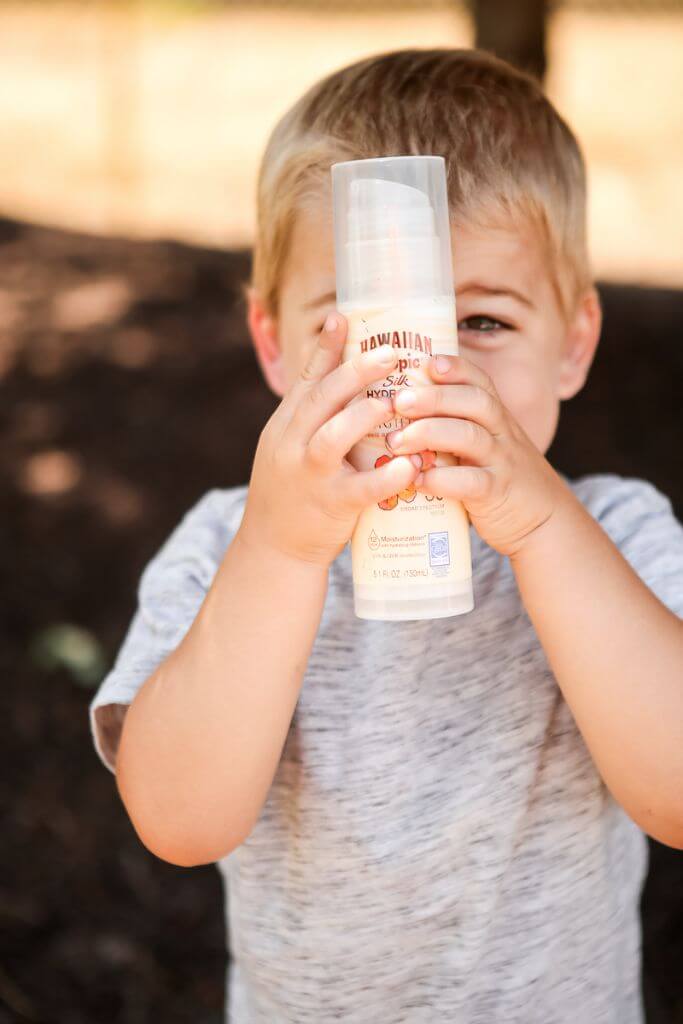 This one should be pretty self-explanatory. Amusement parks are full of germs and you’re likely eating food you’ll be picking up with your hands (pizza, chicken tenders, french fries). Bring a small container of hand sanitizer that doesn’t need water.

Speaking of food, it’s expensive in amusement parks. Some parks like Universal Studios have rules for food, check out the rules for bringing in outside food and drinks for wherever you’re going and then ask friends who’ve been to the park to see how strict those rules are enforced.

For instance, our local Six Flags technically says no food or drinks but they never take them away from me when they check my bag. Their only no-go thing is candy, which is weird by the way.

Assuming you’re allowed to, pack non-perishable snacks to reduce the costs of food in the parks. You’ll likely have to buy a couple of meals, so save money by bringing in your own snacks.

Tissues have so many different uses. Use them instead of plates to give out a handful of those non-perishable snacks. Use them to wipe up the ice cream that dripped all over your hand. The list goes on and on. They’re tiny and fit easily into your bag, so just bring them with you.

I almost always use a credit card when I’m shopping, but at amusements park I recommend bringing both cash and change. Most shops and food places will take credit cards, but most often there will be food kiosks and games that only take cash. If you don’t normally have cash with you, keep some in your bag and replace it when you use it.

And quarters? You’ll want them for things like renting lockers, tossing into fountains, and making pressed pennies if that’s something you’re into.

Another one I don’t even need to explain. Bring your sunglasses. And make sure to take them off when you go on roller coasters and other rides.

Again, check on the rules for bringing in outside food and drinks and if they’re allowed, bring your favorite drinks with you to save money. It’s likely going to be hot and it’s way too easy to get dehydrated when you’re having fun.

Most food kiosks will give you a cup of water with ice if you ask, even if you don’t buy anything. Drink the water then fill up the cup with your own drink (if you brought them in). Or just keep refilling it with water.

If you’re going with kids, I highly recommend a stroller with a cup holder so you can constantly keep drinks accessible. If they’re hidden away, you’ll likely forget about them completely until you’re already too hot. 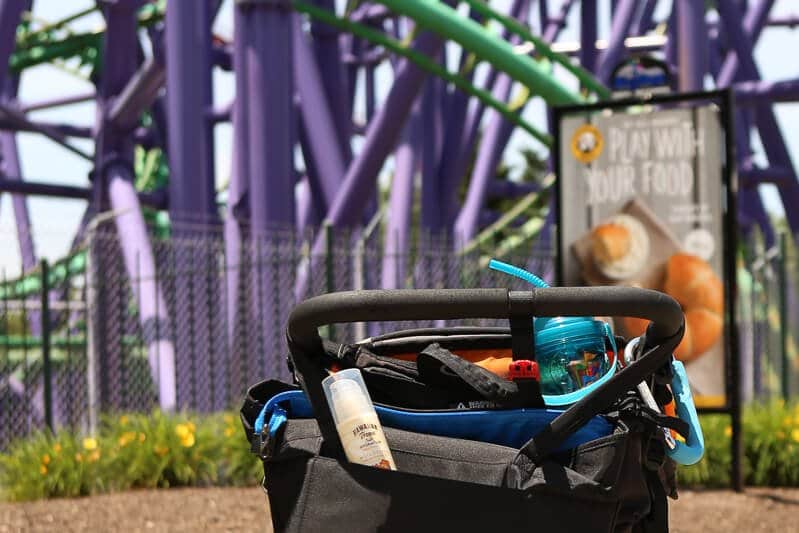 I’ve never seen my hair grosser than after I got off a roller coaster. I highly recommend bringing a ponytail holder to put your hair up for coasters, when you go on water rides, and when it just gets too hot. And don’t forget a brush if you’re headed to the water park.

I always bring a towel even if we’re not planning on going to the water park. Just like tissues, towels can be used in so many ways. Just today when we went to Six Flags, I used the towel to put on a seat that was hot, dried my son off after he played in the fountains, and hung it up to block my son while I changed him out of his wet clothes. 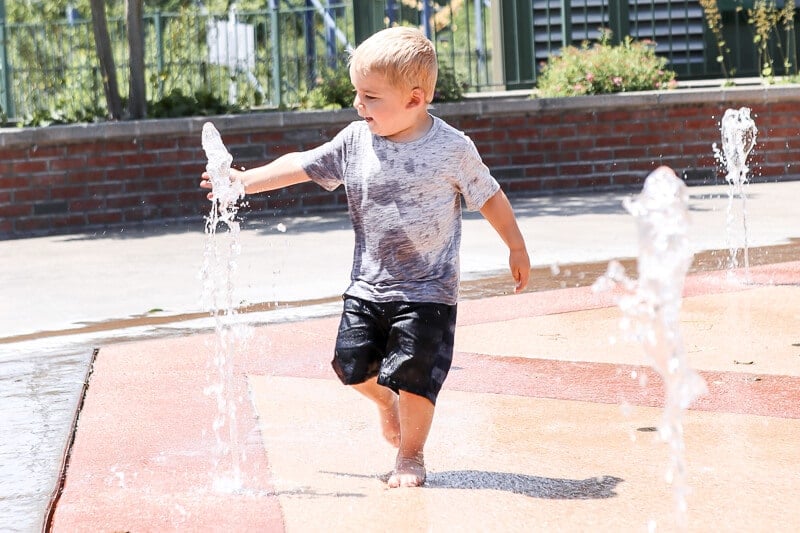 Tip: All amusement parks I’ve seen are requiring masks in 2020 as well, so make sure to have at least one, if not two, per person with you! 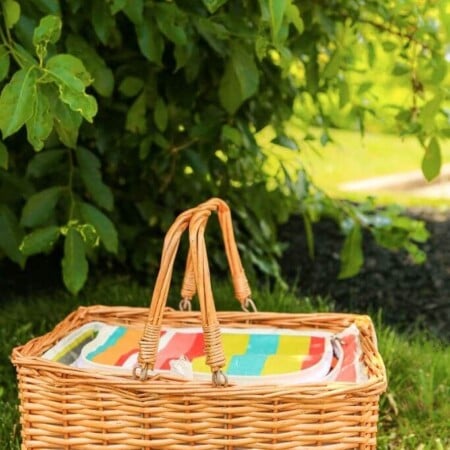 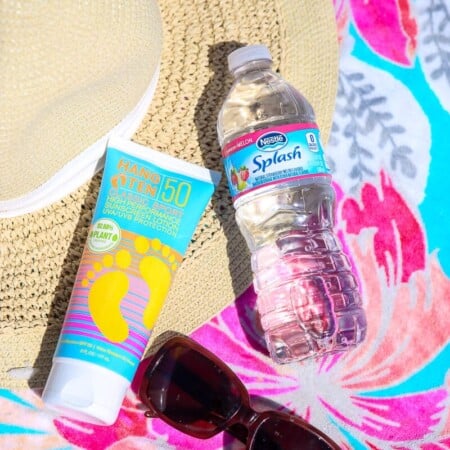 Next Post
7 Items You Should Always Pack for the Beach