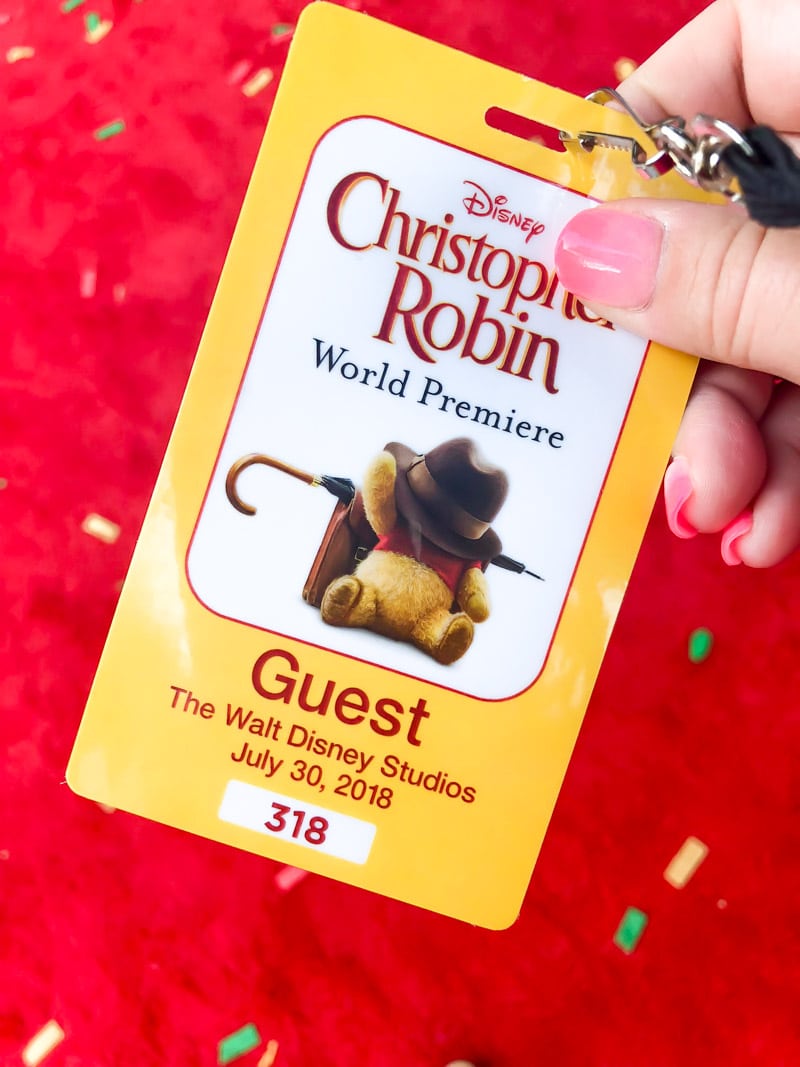 This post contains affiliate links. If you make a purchase via one of these links, I may receive a small commission at no additional cost to you. I was invited by Disney to attend an all-inclusive event for the world premiere of the Christopher Robin movie and other activities. All opinions and ideas are 100% my own.

On Monday night I had the incredible chance to walk the red carpet at the world premiere of the brand new movie Christopher Robin! While this red carpet was definitely different than the Thor: Ragnarok red carpet I attended last fall, it was still a wonderfully magical experience.

It’s hard to put into words what it’s like to walk a red carpet, especially one filled with some of your favorite stars like Ewan McGregor and Hayley Atwell as well as Disney legends like Richard Sherman and Jim Cummings. It was surreal to say the least and at least once I said out loud, “is this really my life?”

A couple of my friends and I decided to Disneybound the main Disney characters in the movie. Not sure what Disney bounding is? Check out this post first. 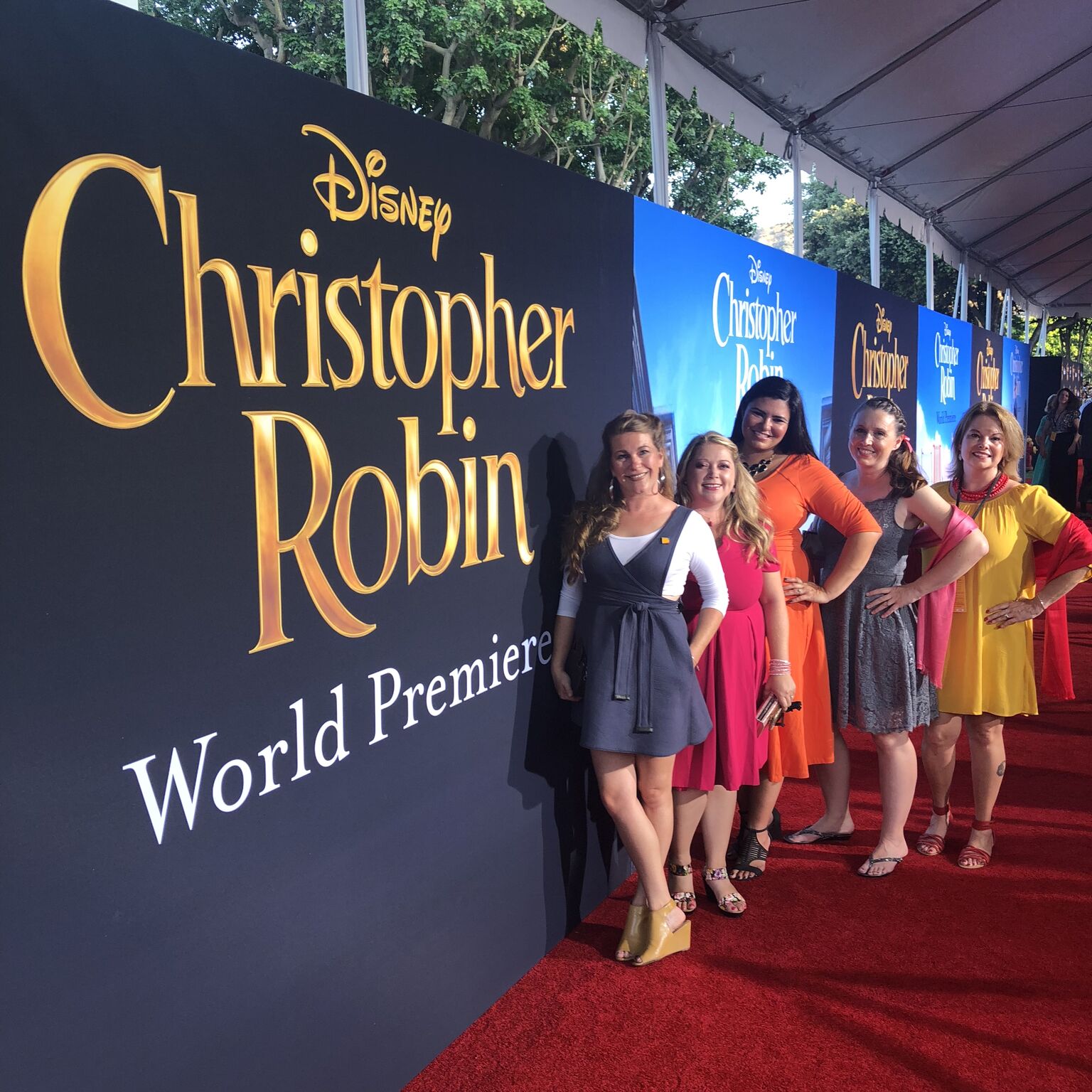 I’m the shortest in the group (and like pink) so I went with Piglet. After spending way too much time looking for a dress, I finally settled on this pink scalloped Tahari dress that I thought was a great color. 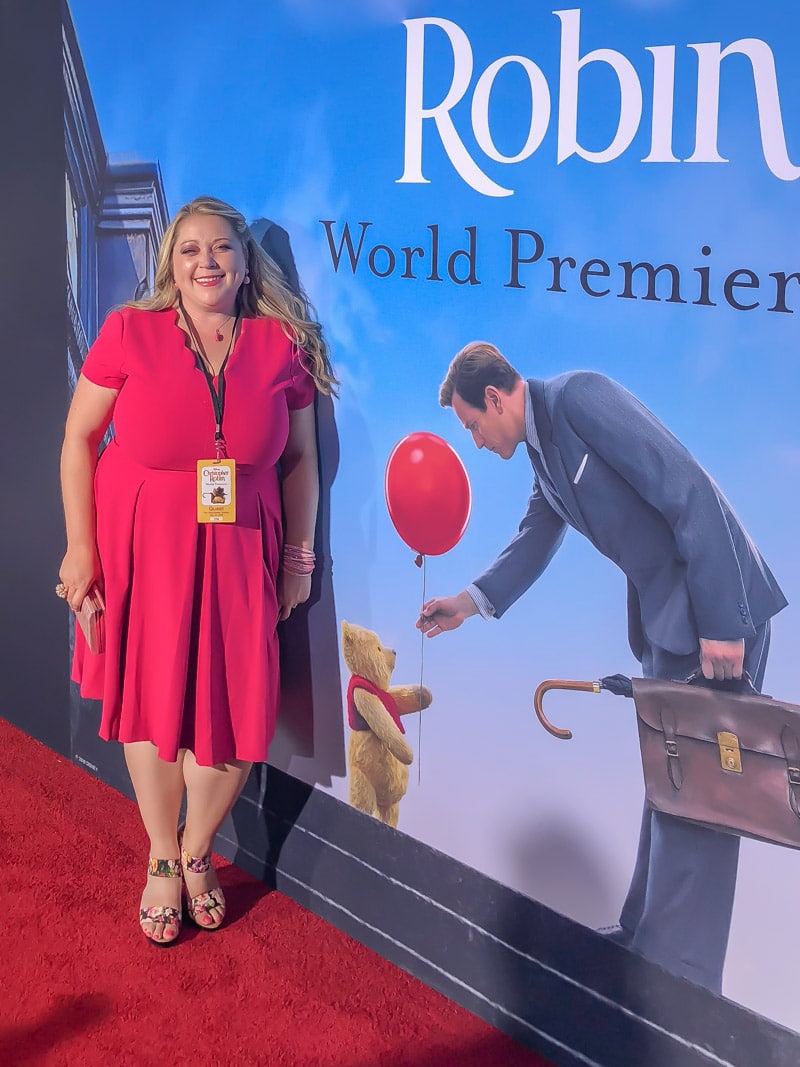 Since the dress was bright pink, I decided to go with light pink accessories including a homemade Piglet inspired necklace I made from a bead I found on a clearance Charming Charlie bracelet. A DIY for making your own Piglet necklace is coming soon!

My shoes were a pair of floral wedges I picked up a couple of years ago from Cents of Style that I absolutely love. Comfortable and cute! Get similar ones here. 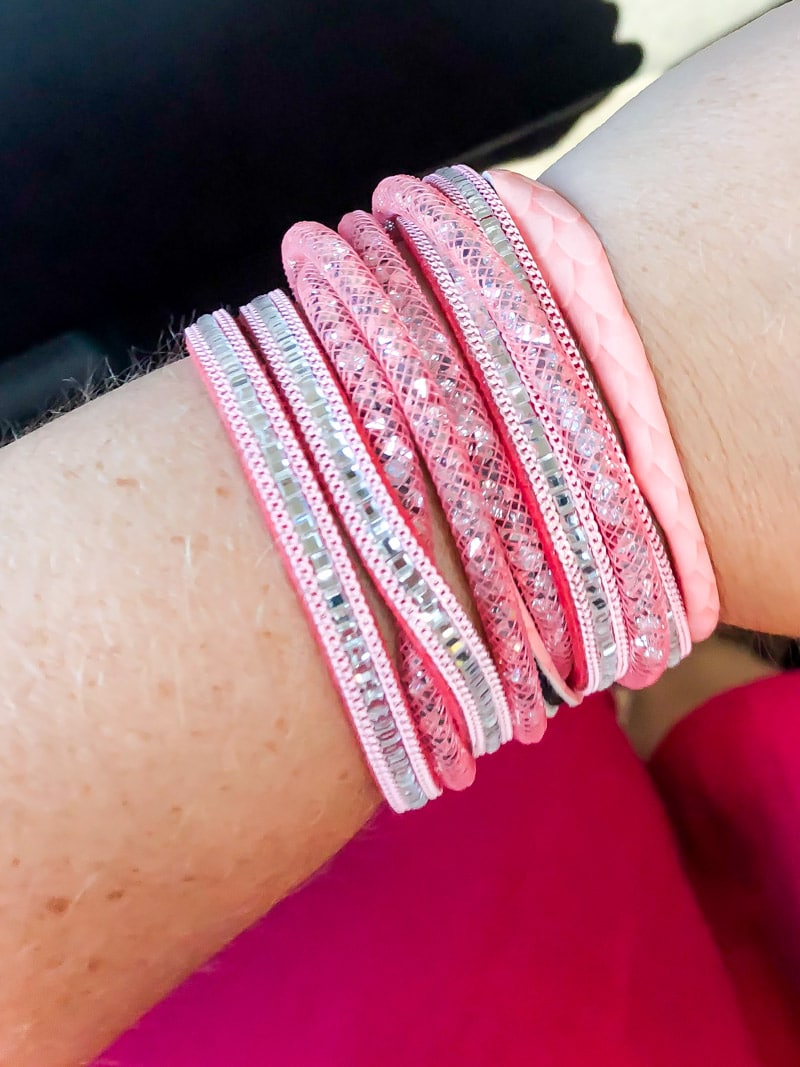 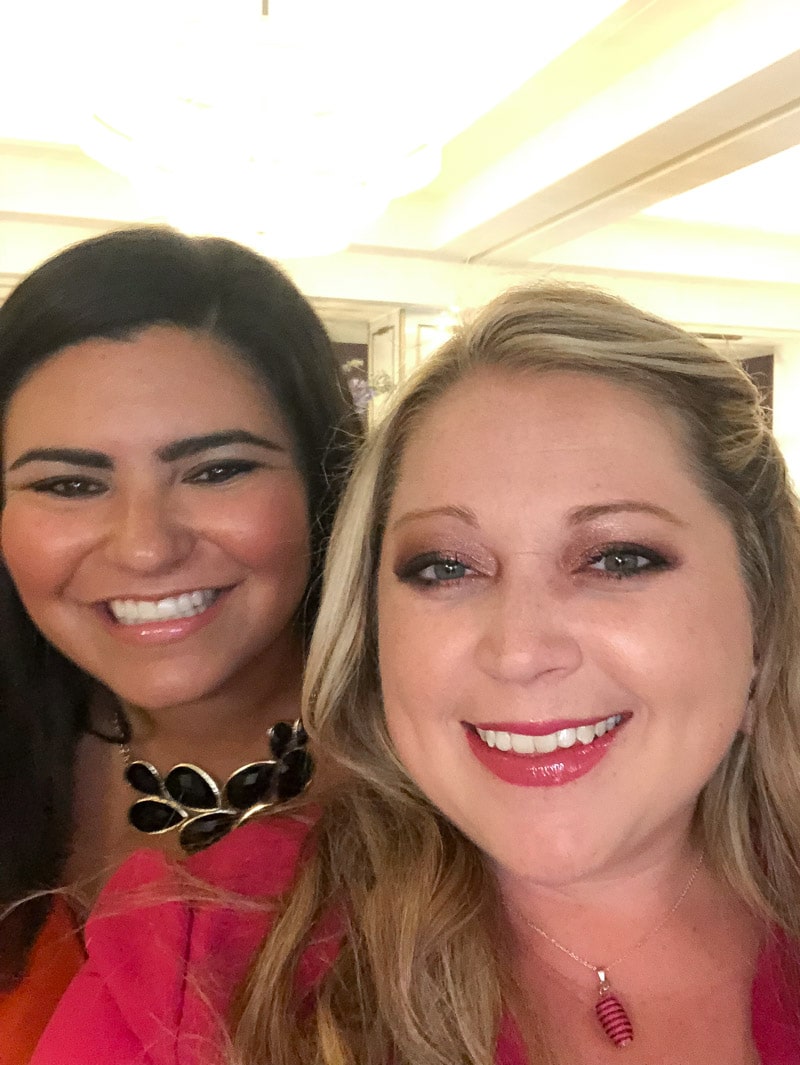 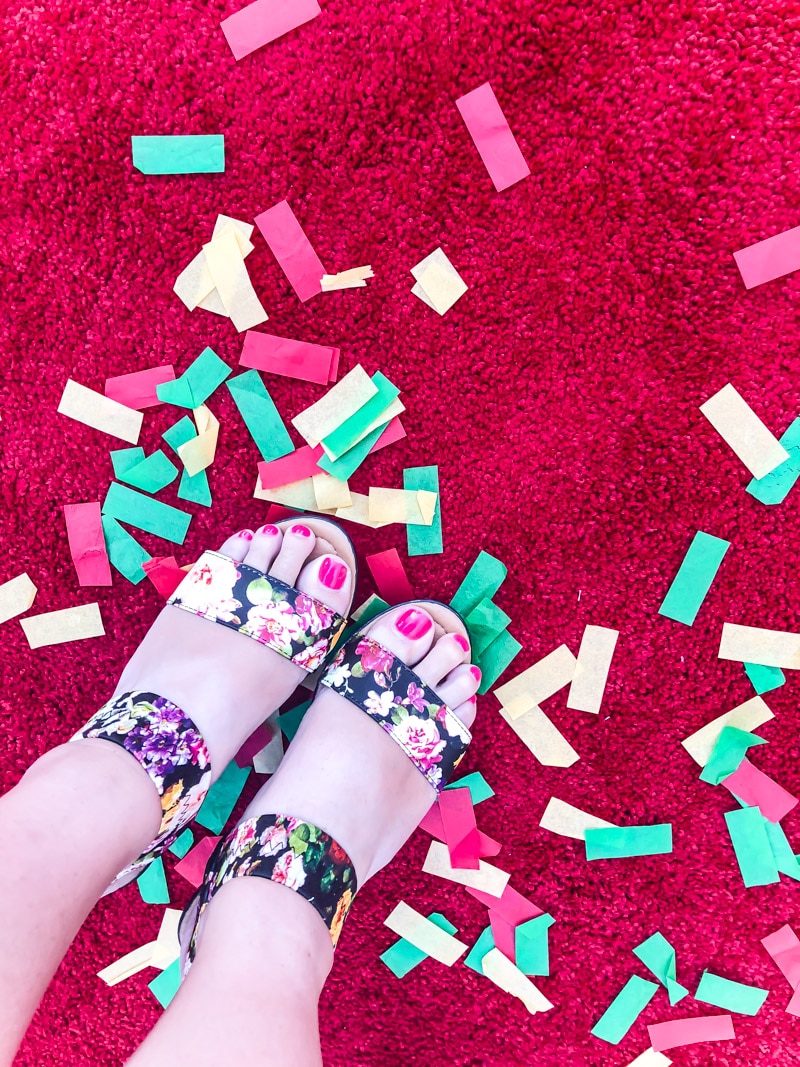 The red carpet was set up with tons of fun photo opps like a Winnie the Pooh inspired picnic table, a bike with a red balloon, and an augmented reality photo opp that let you be sitting next to the characters on the beach!

The red carpet party included the cutest food like a honey table, honey pot cookies, London inspired fish and chips, and more! Sure wish they’d had this Winnie the Pooh chocolate bark but beggars can’t be choosers right? 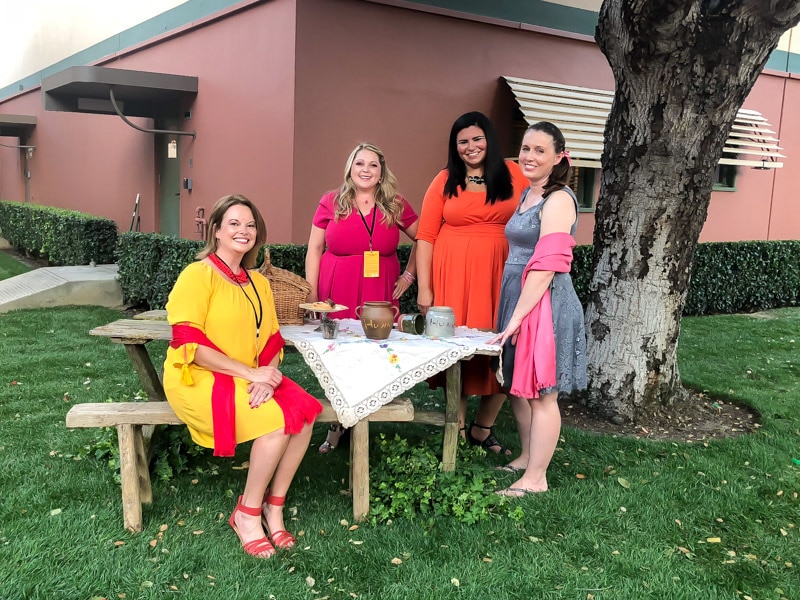 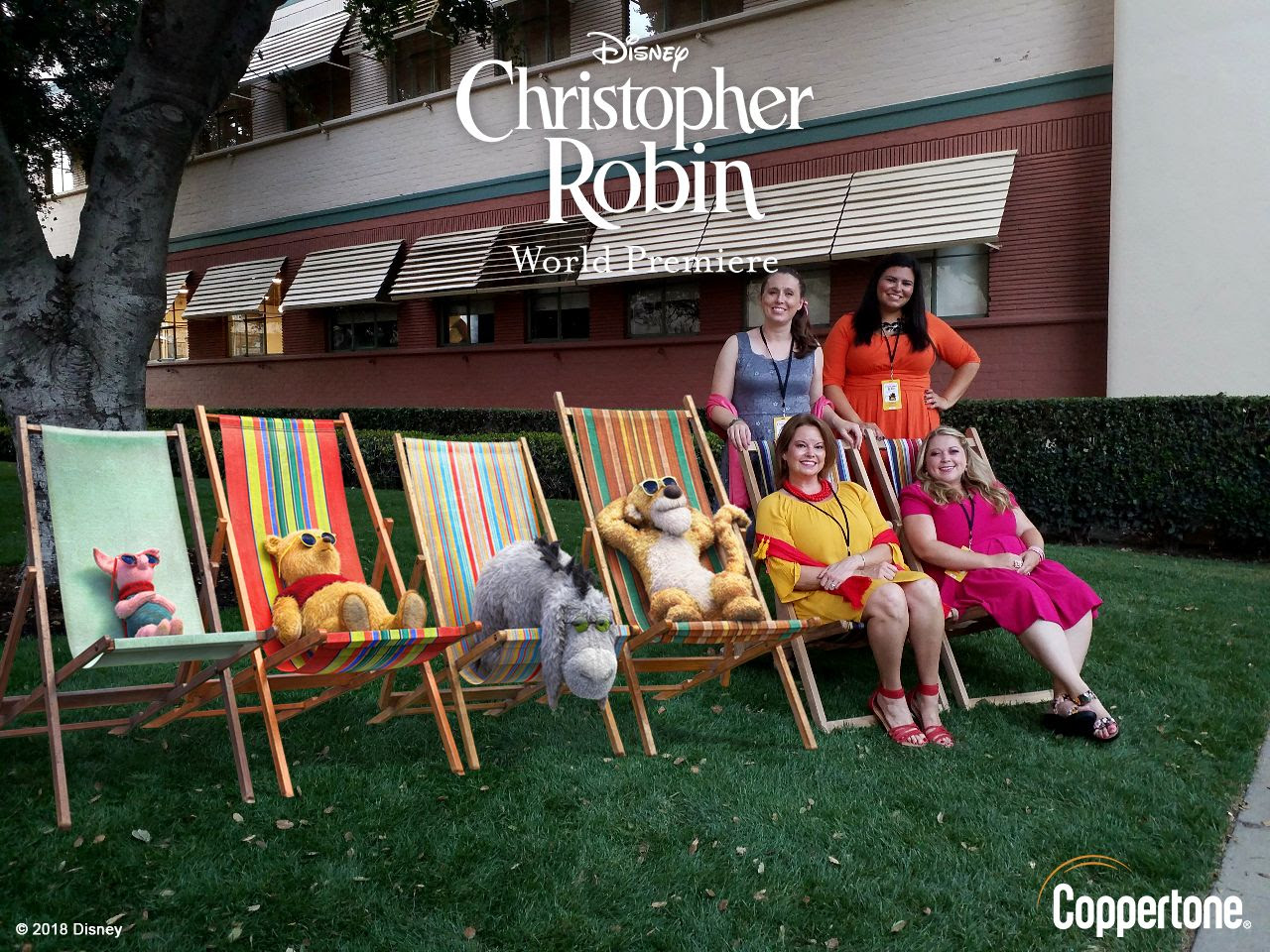 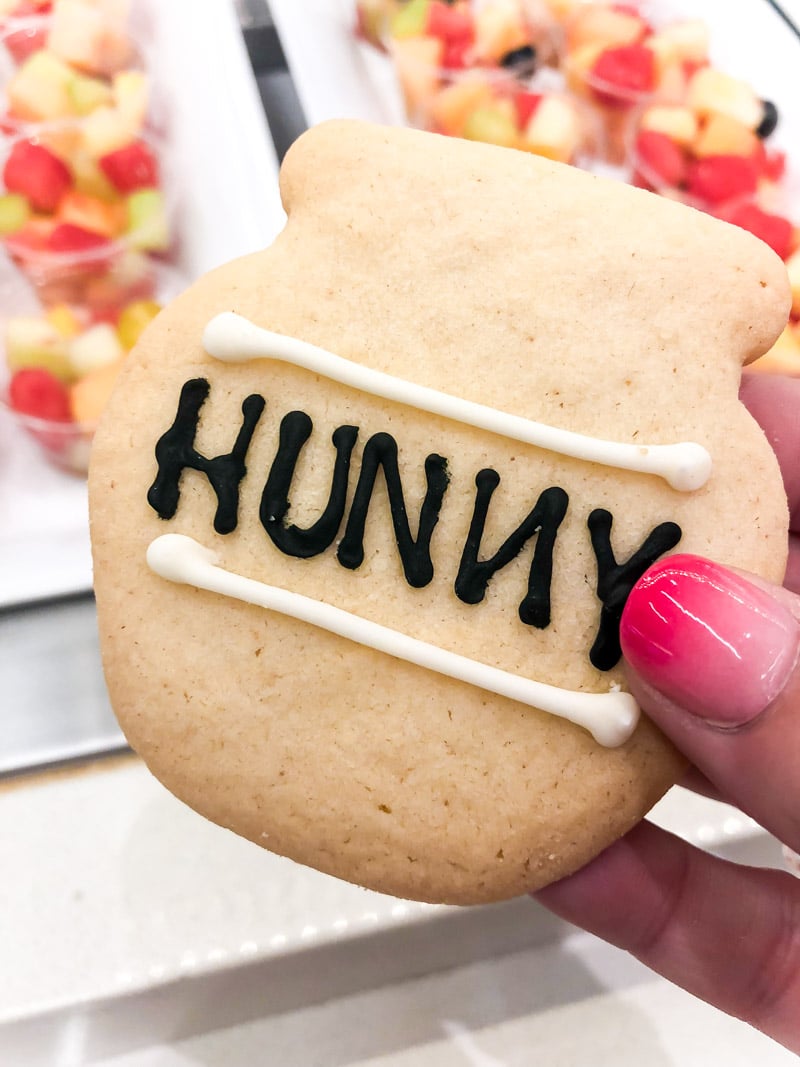 And of course, we weren’t the only ones taking photos! It was so fun to watch the stars – both acting and voice/character – have their day in the spotlight! Tons of pictures, interviews, and videos throughout the night. And well deserved, Christopher Robin is a sweet and charming film that everyone should see when it opens this coming Friday, August 3rd! 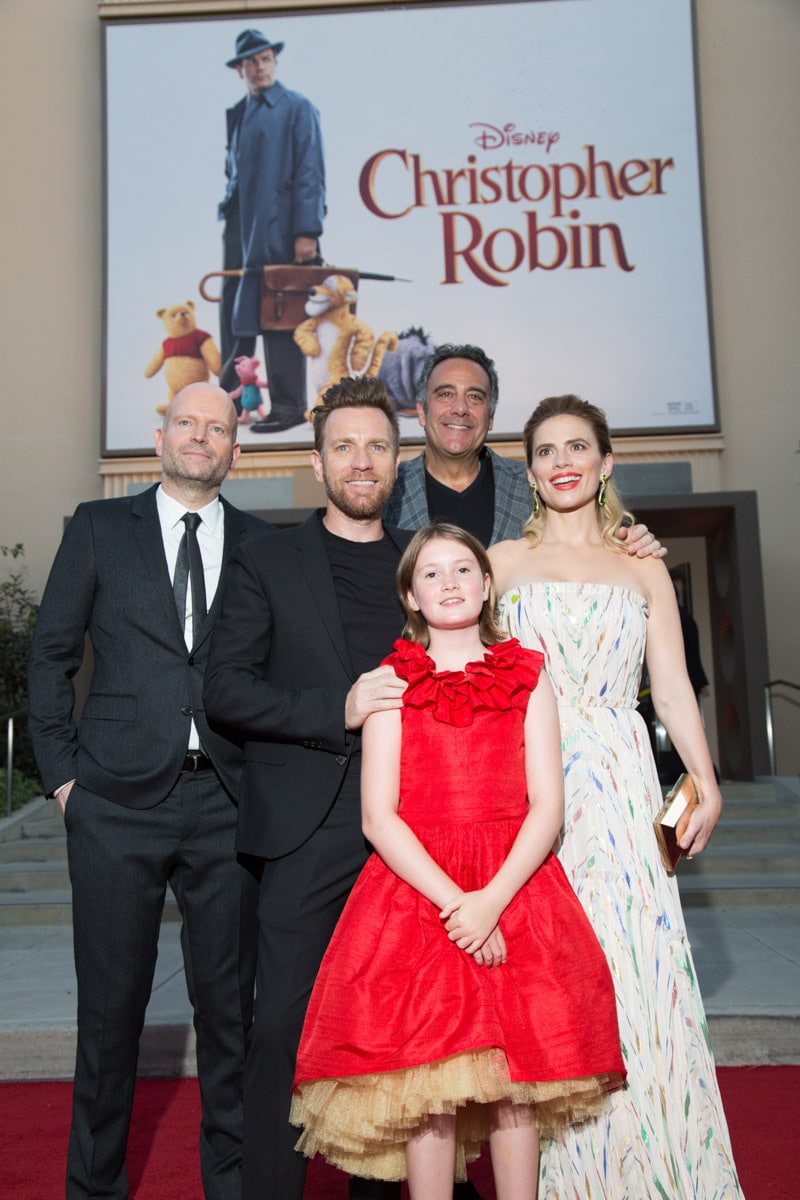 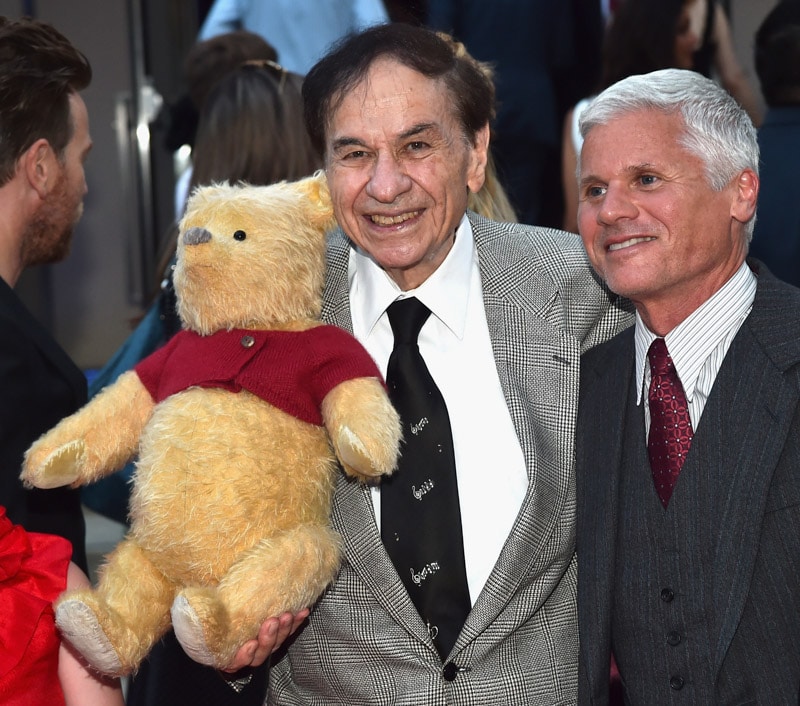 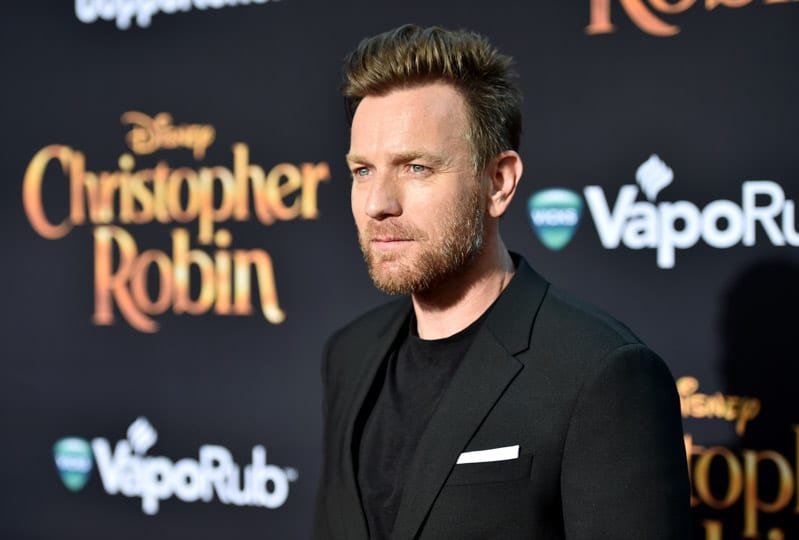 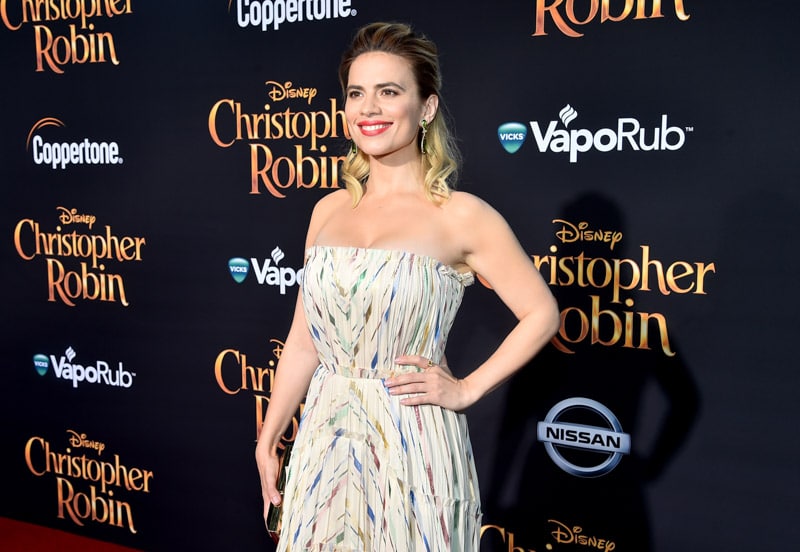 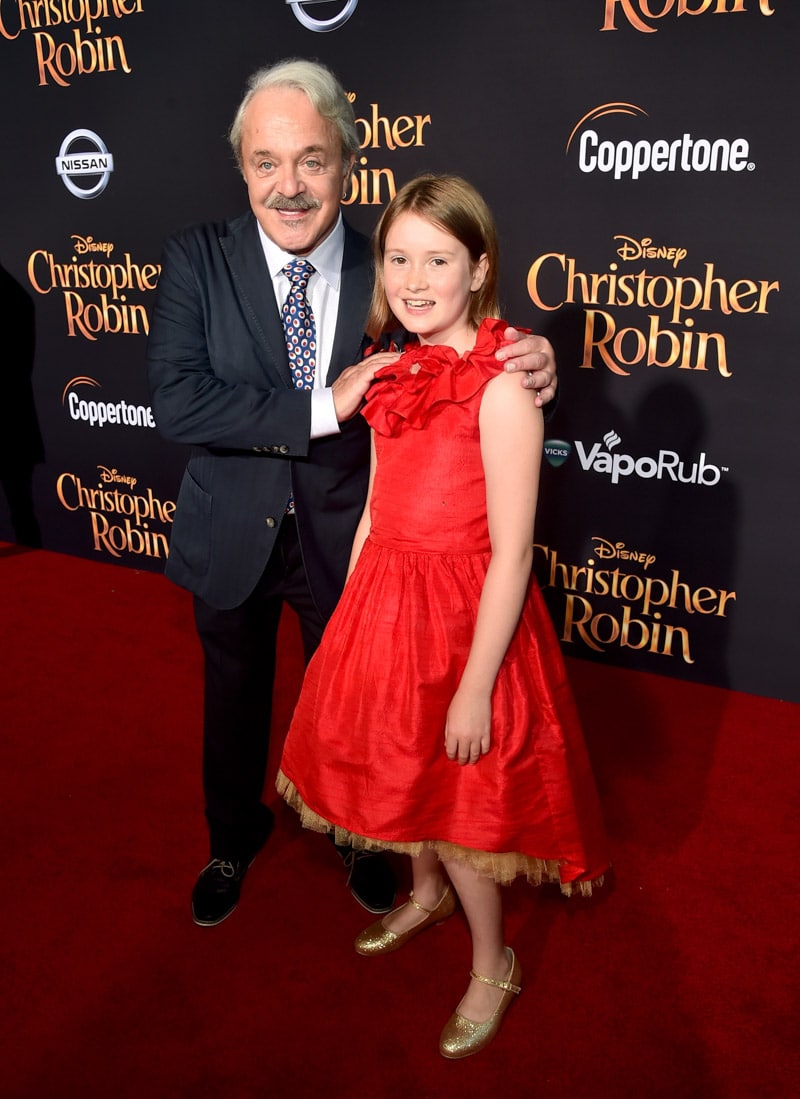 Bronte Carmichael who plays Christopher’s daughter Madeline and Jim Cummings, the voice of Winnie the Pooh and Tigger  (Photo by Alberto E. Rodriguez/Getty Images for Disney)

Christopher Robin is the fictional story of what happens when Christopher Robin moves away, grows up, and gets too busy for his old 100 Acre Wood friends like Winnie the Pooh. Really life happened and Christopher just learned the hard way that dreams don’t come for free. Unfortunately working toward his dreams has begun to cost him relationships with his family.

Find out what happens when Winnie the Pooh and friends come to the rescue and try to remind Christopher what it’s like to play and do nothing again. It’s a magically charming film that everyone should see with their families! 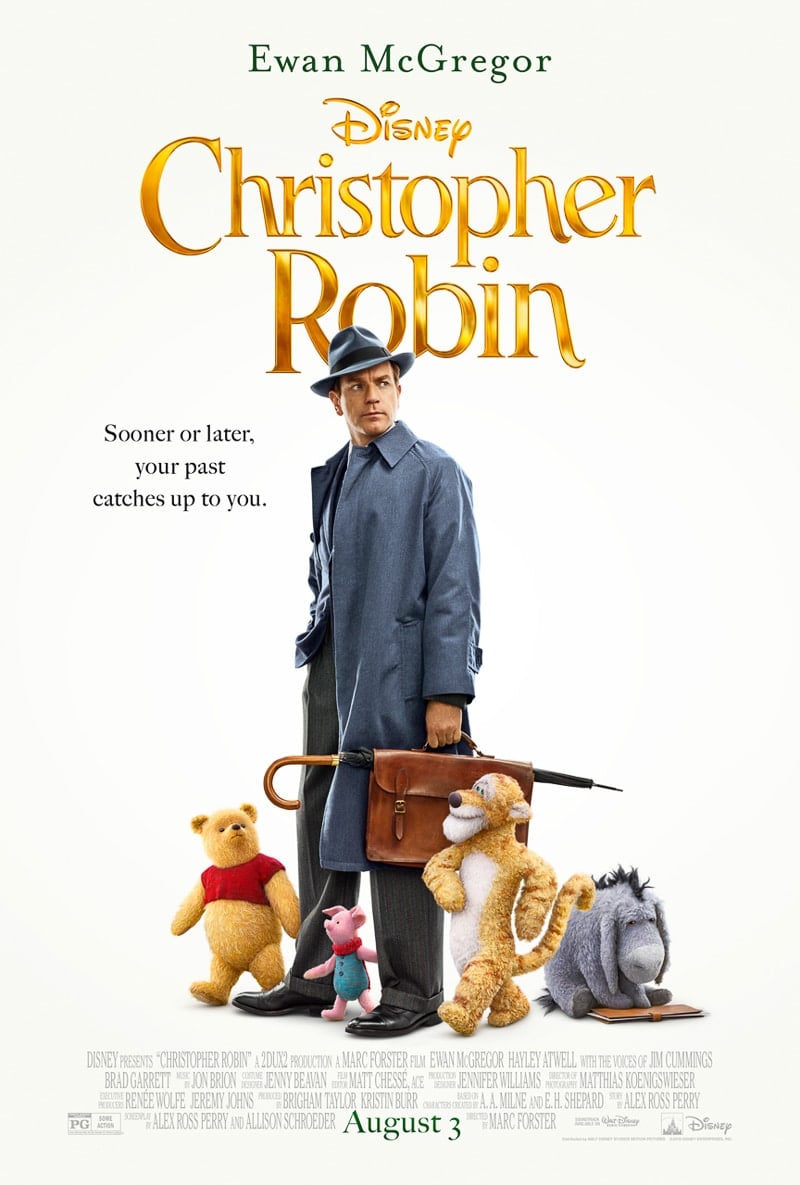 « Tips for Eating Healthy While Traveling
Winnie the Pooh Quotes »