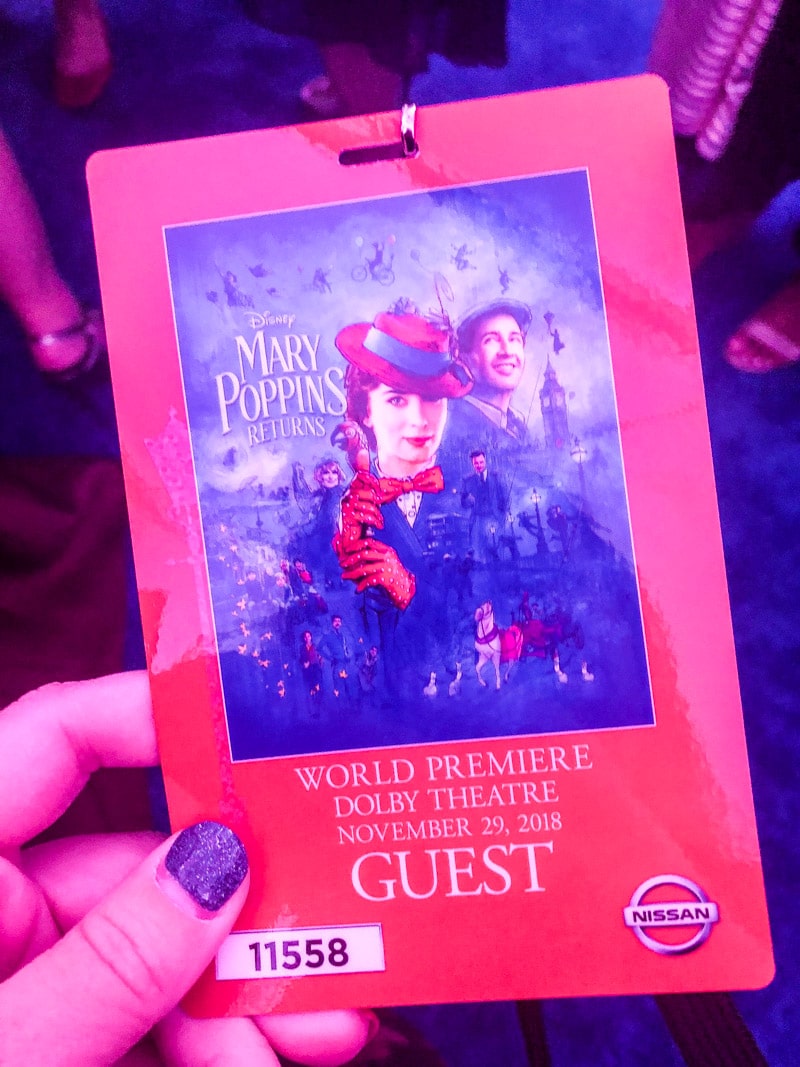 This post contains affiliate links. If you purchase via my links, I may receive a small commission at no additional cost to you.

Honestly it’s really hard to put into words what the Mary Poppins Returns red carpet premiere is like. Instead of trying to explain in words, I’m going to just show what it was like in photos with a few highlights along the way!

I was blessed enough to have Glamsquad come and do my hair and makeup for the premiere. I’ve been feeling so out of it lately, I just wanted to feel glamorous for the night.

And honestly I was a bit nervous because the last time I got my makeup done, I went home and took it all off. It was way too much for me.

Glamsquad nailed it. They listened to everything I wanted and did an amazing job! I even went out of my comfort zone and had them apply fake lashes for the night. As Yvonne my stylist put it, voila! 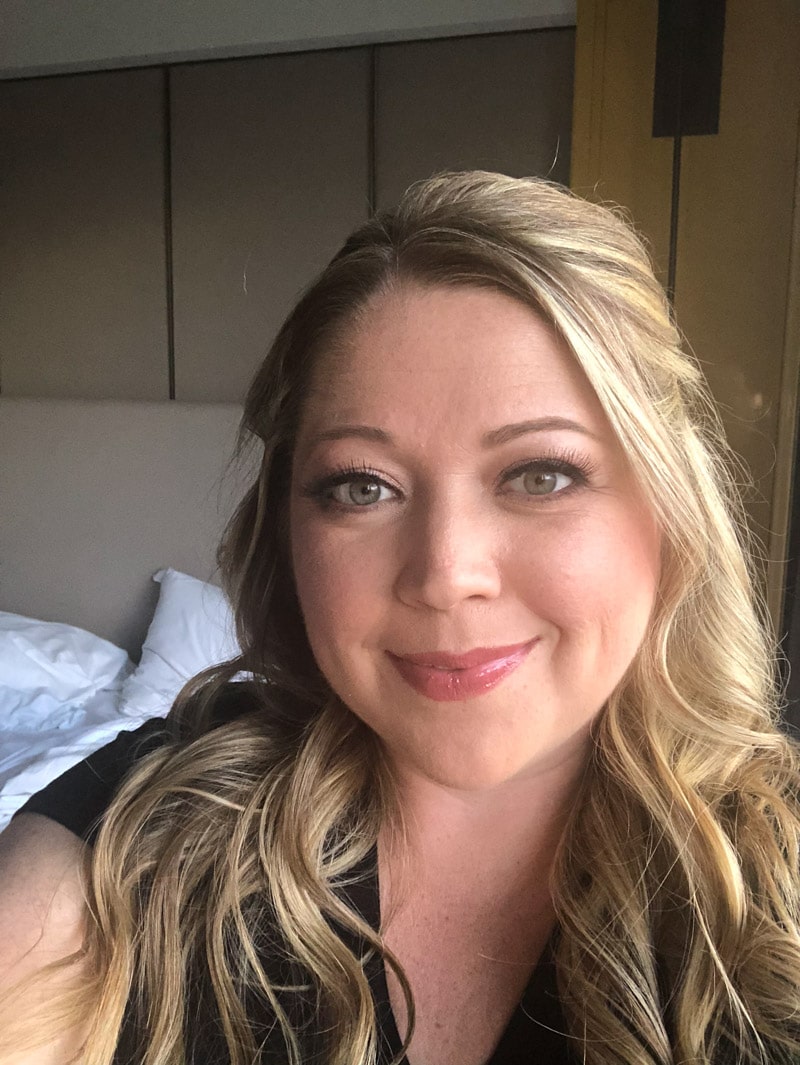 This was also one of the first red carpet experiences that I had an easy time finding a dress. I knew I wanted something long and found it on my first shopping trip. Totally different than my experience at the Thor: Ragnarok red carpet premiere where it literally took me weeks to find a dress and I didn’t even love it as much as this one.

I found it at Dillard’s then got about a foot hemmed off by a local seamstress who I adore. I totally forgot to bring the jewelry I bought for the night, so I just threw on some simple red jewelry to match the dress. 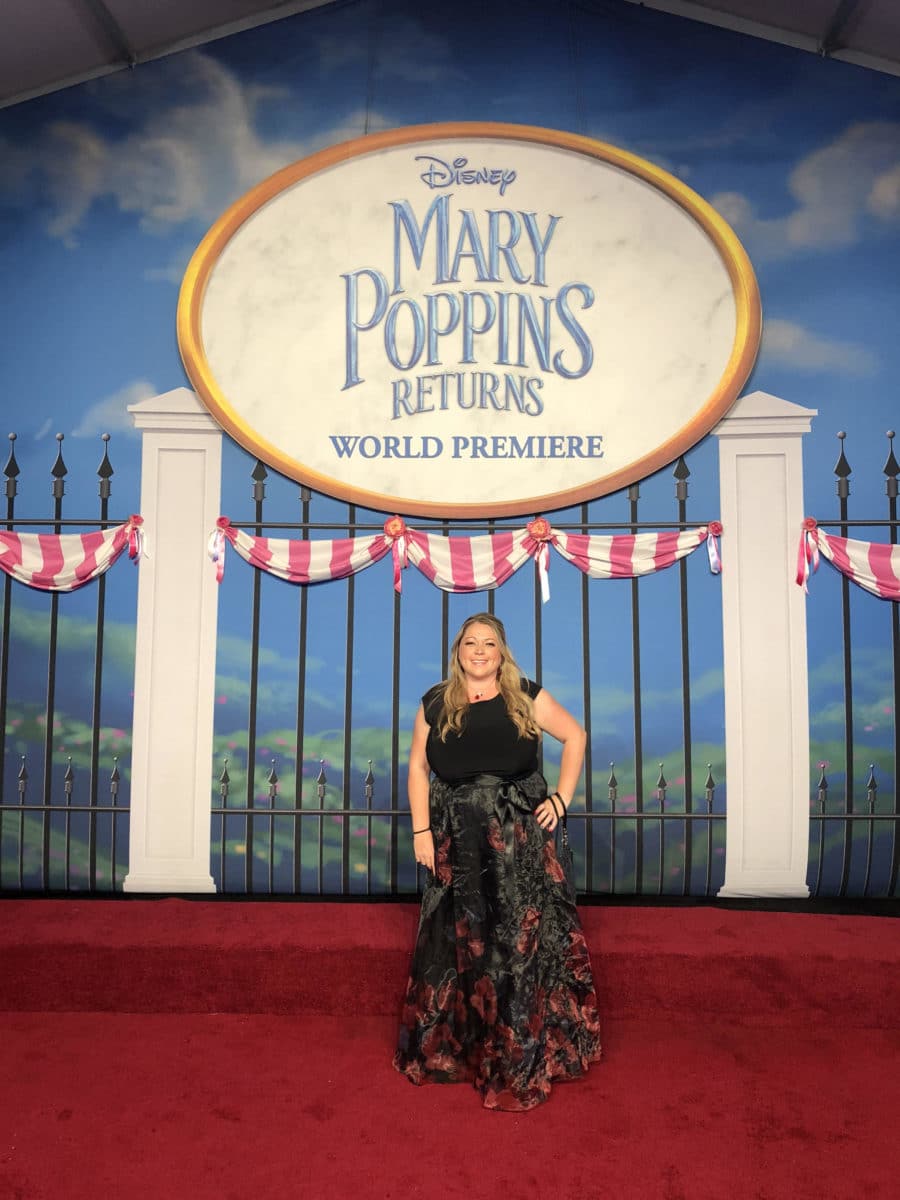 We showed up to the premiere as soon as the red carpet opened so we didn’t get the chance to see the cast on the carpet but we did get to watch the red carpet interviews from inside the Dolby Theater! The carpet was absolutely magical with lamp lighters, balloon holders, beautiful photo opps, and cherry trees! 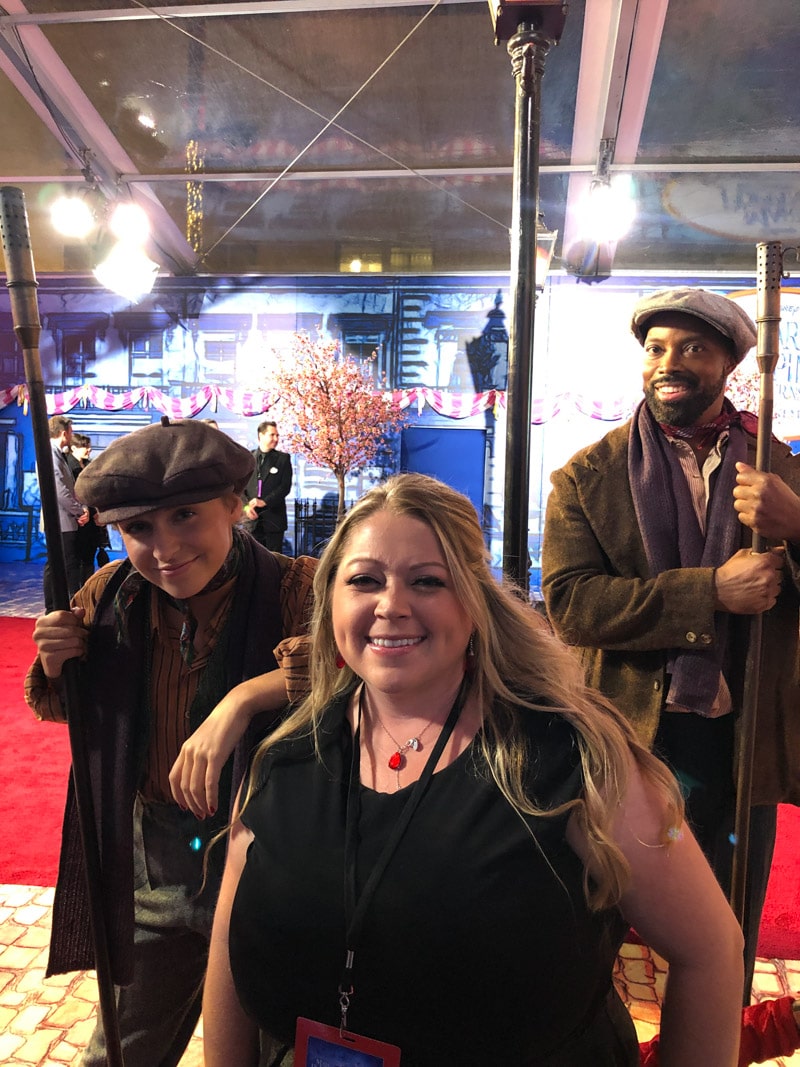 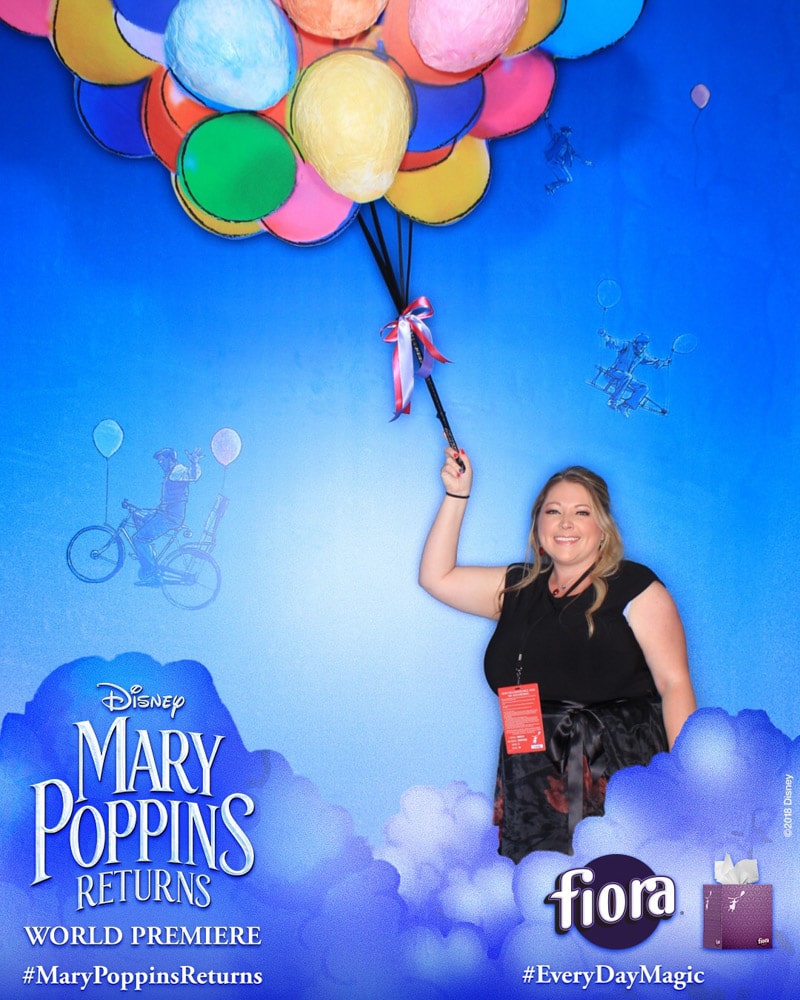 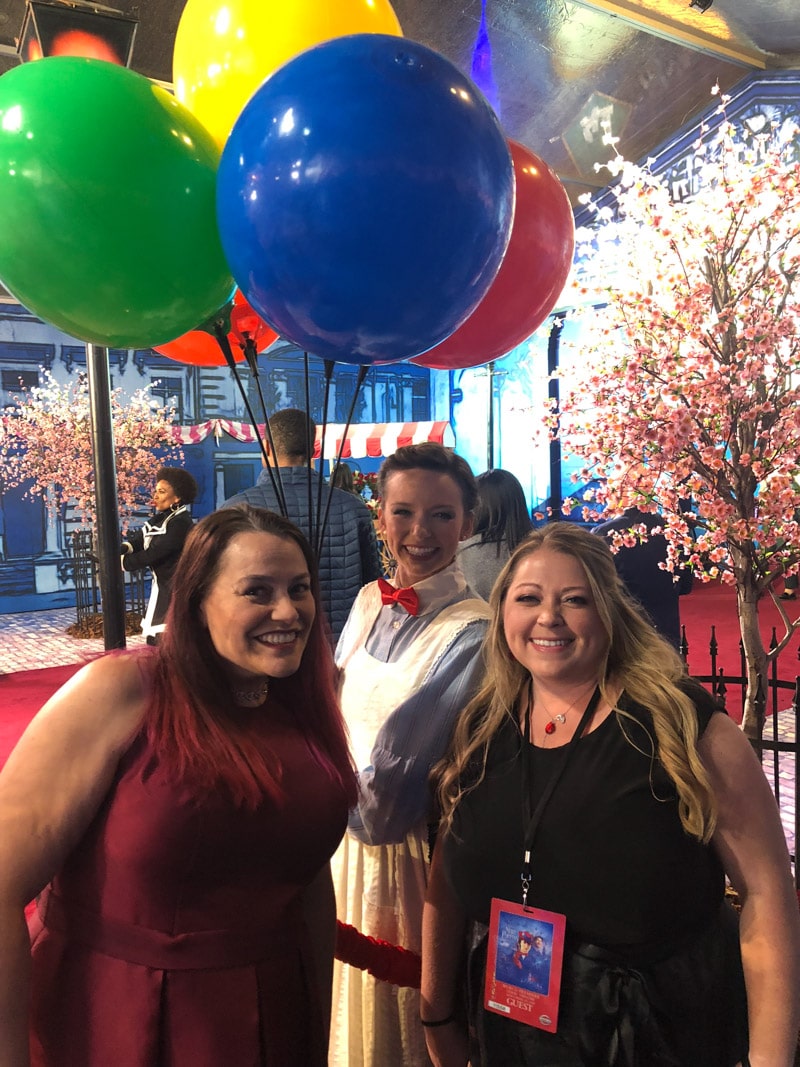 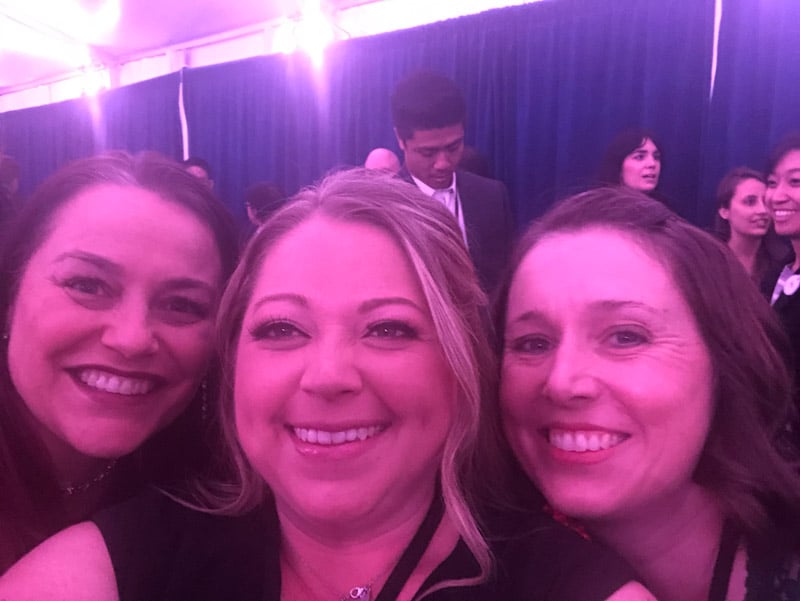 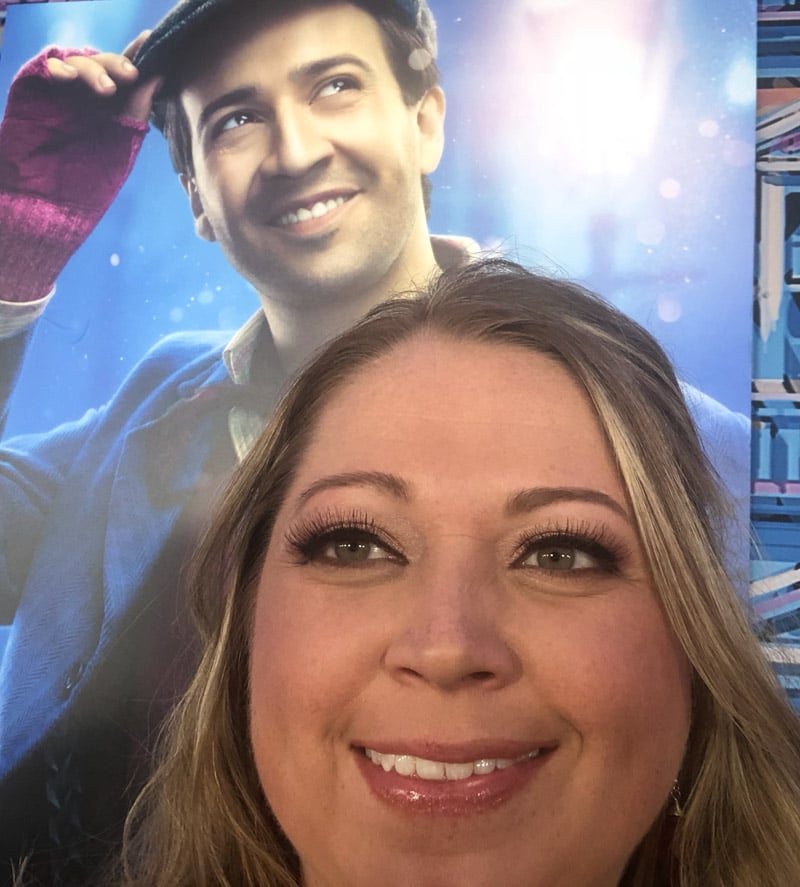 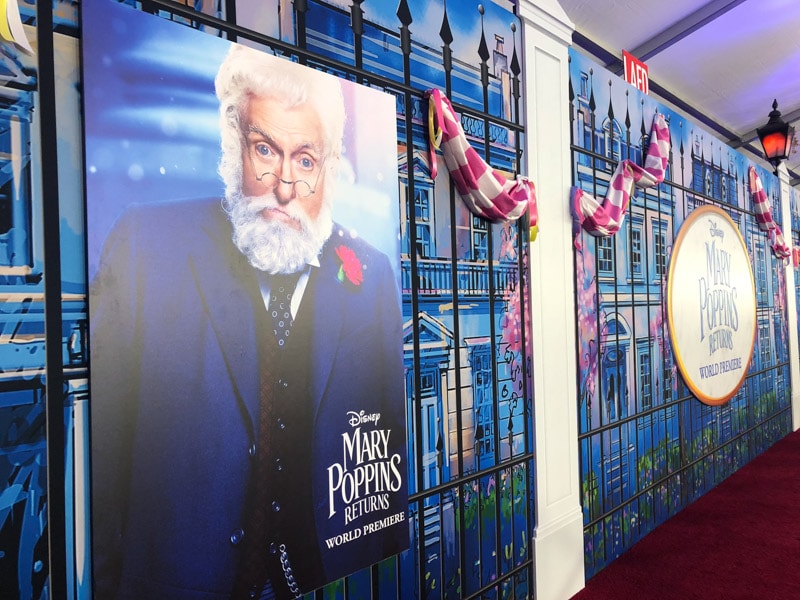 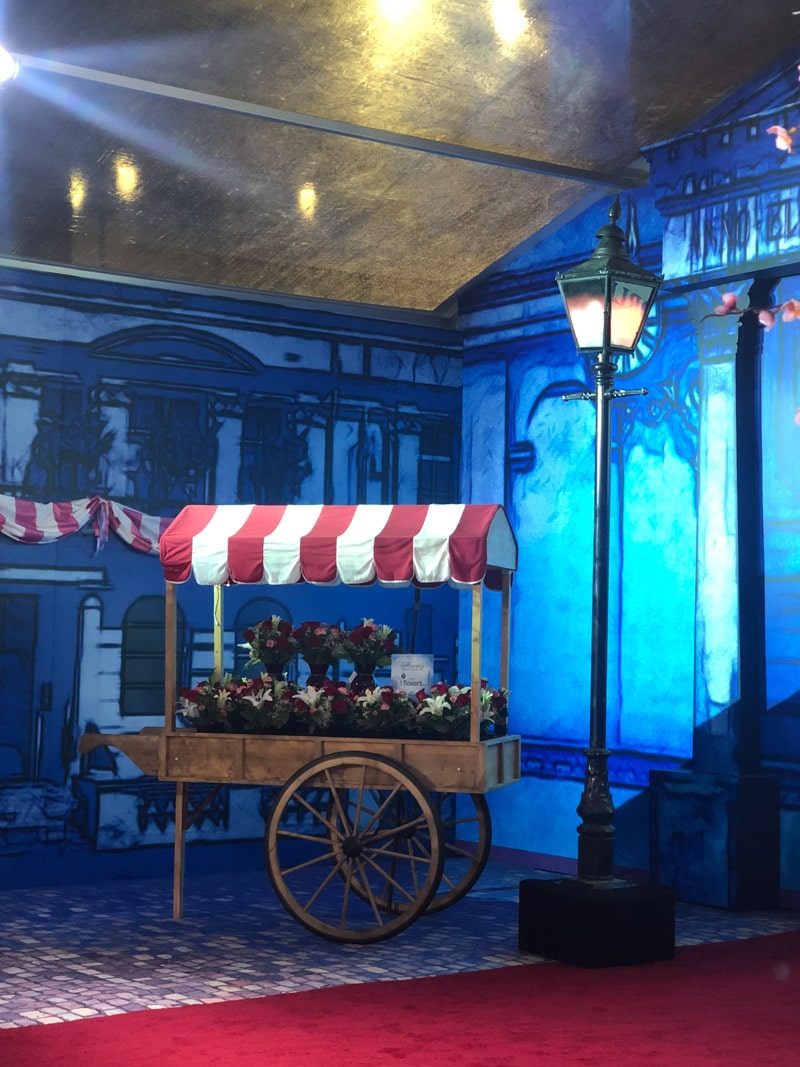 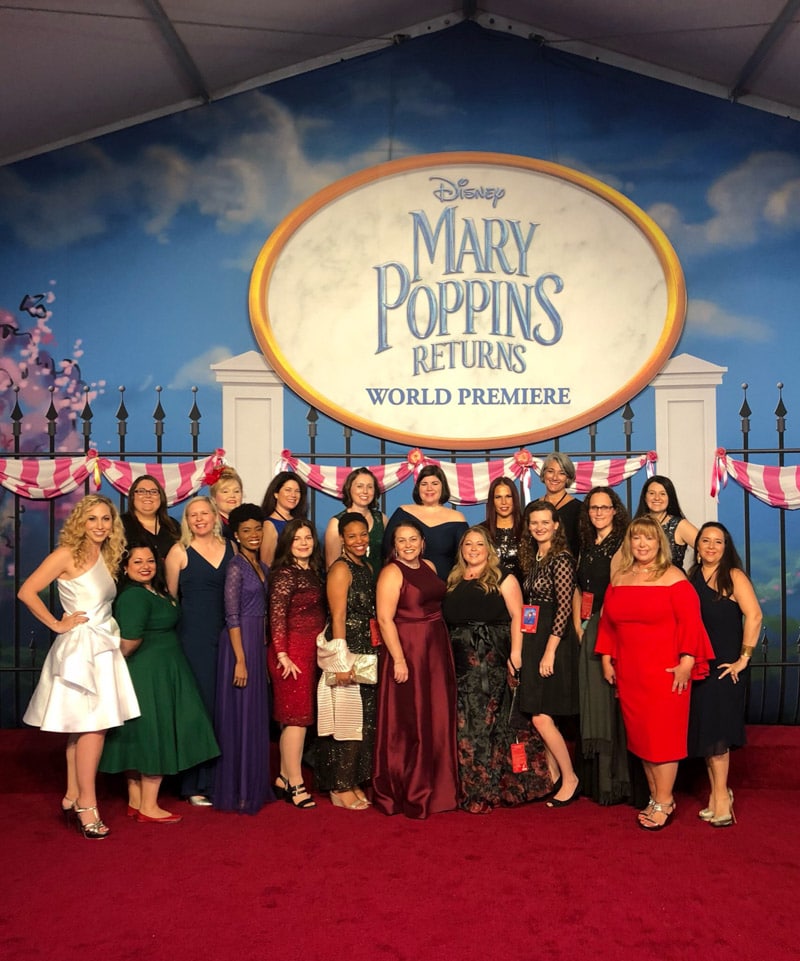 And while we were waiting outside the theater we saw none other than Carolyn Rhea (from Sabrina), Matt Damon, and some other actors I couldn’t recall their names! 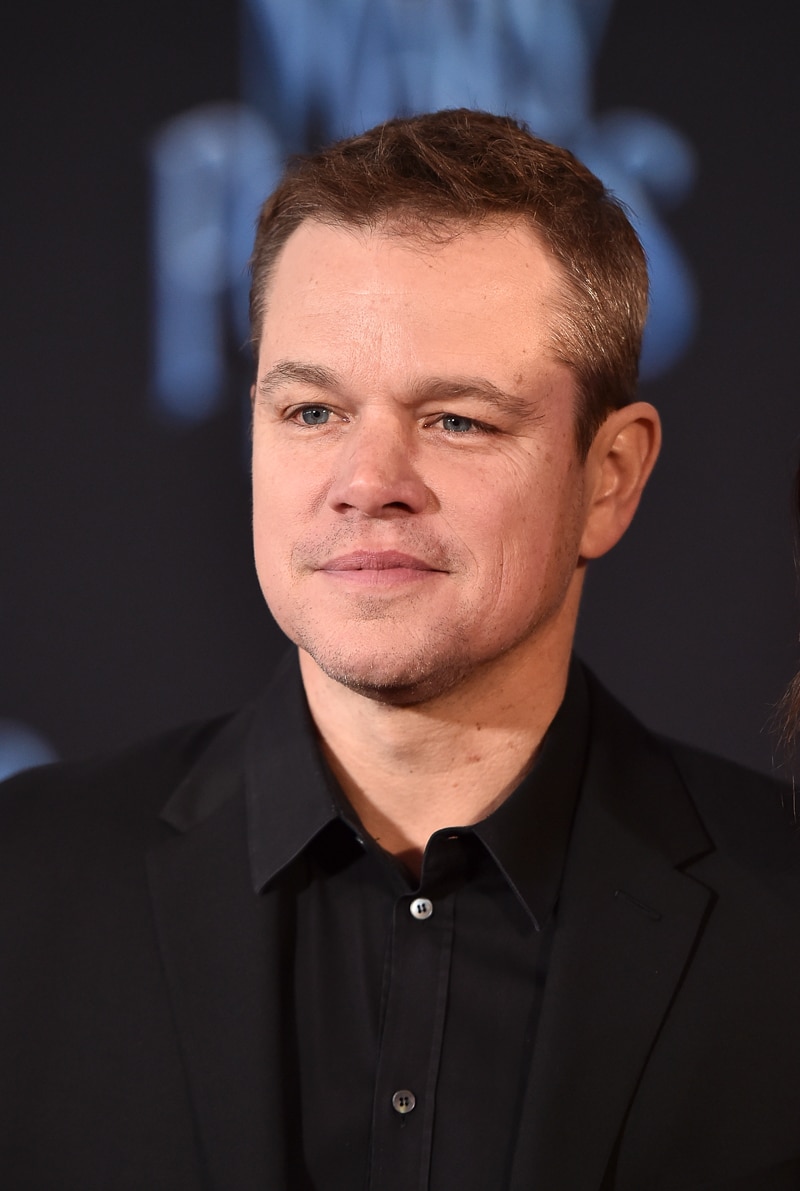 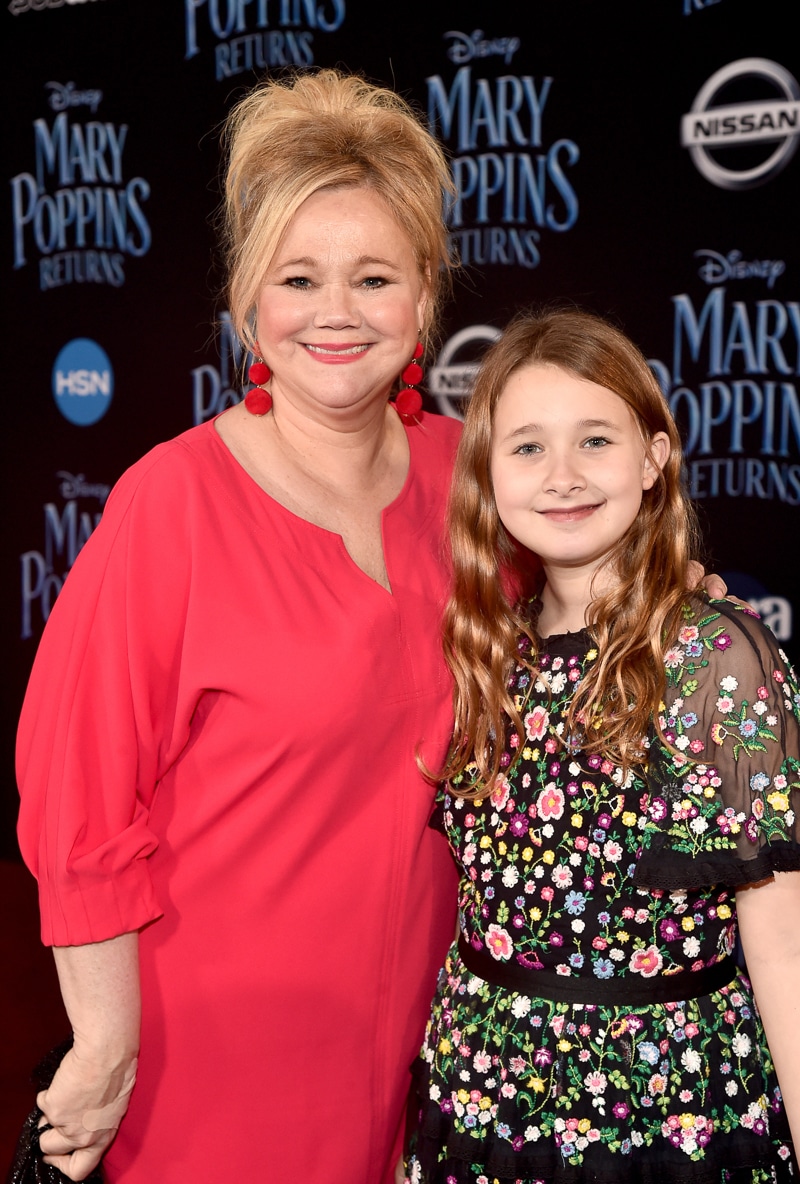 We did get the chance to see most of the cast at the after party, and they all looked amazing! 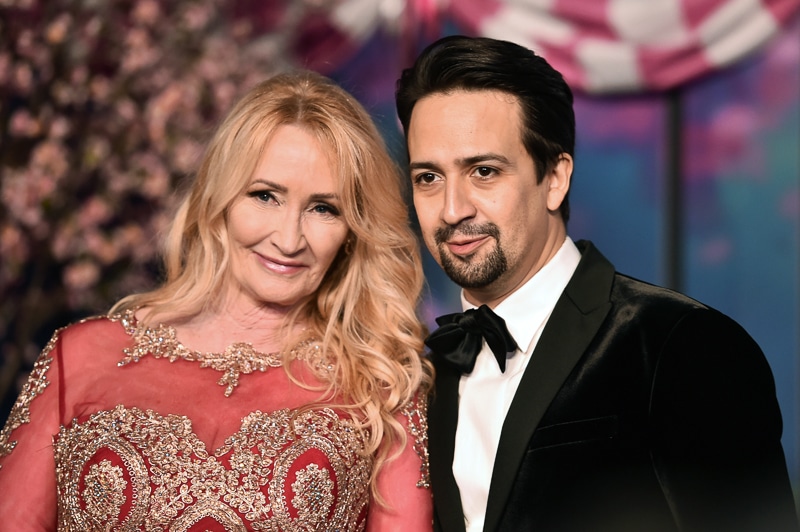 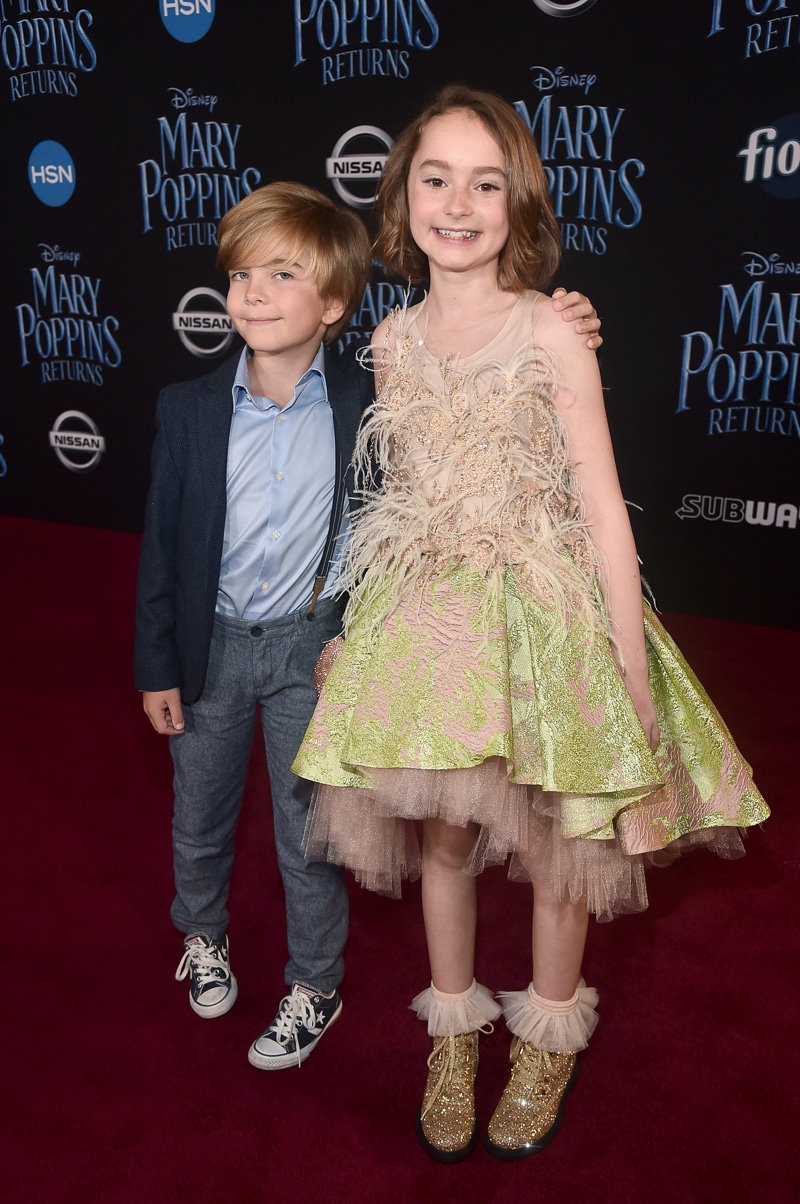 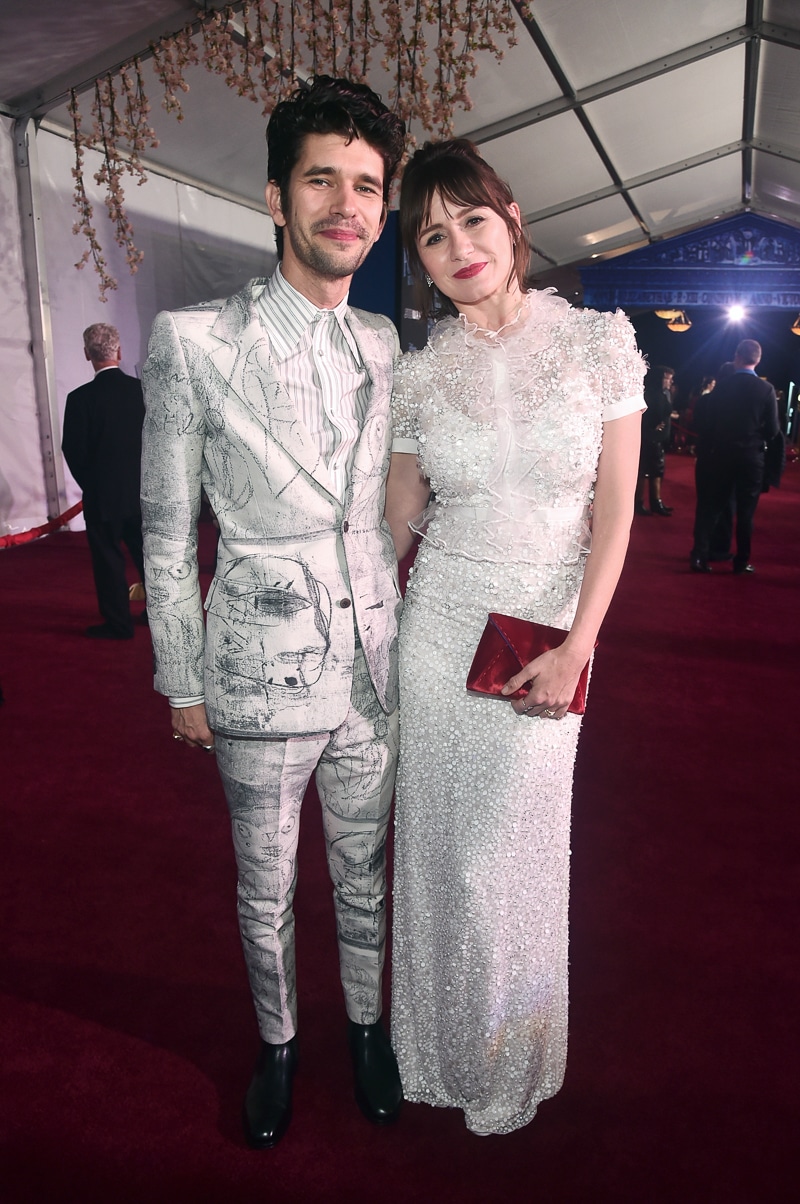 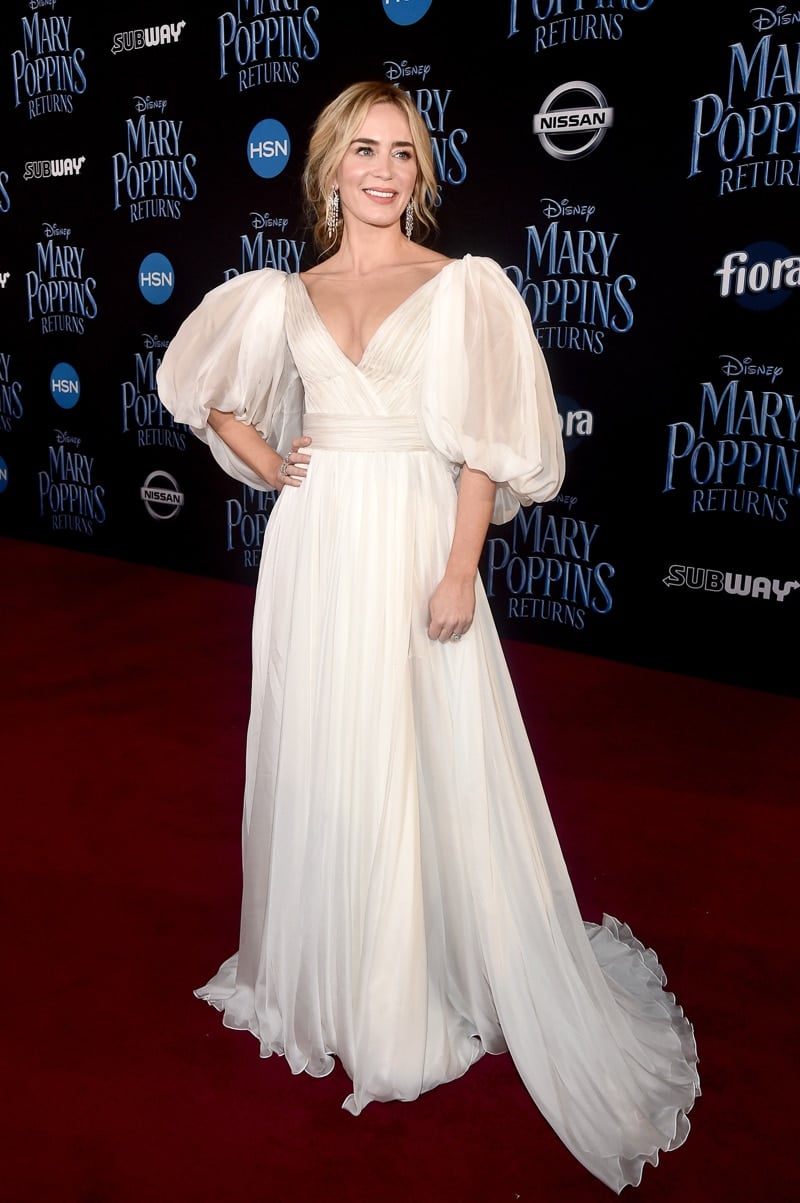 One of the most incredible moments of the night happened after we were seated in the theater. Dick Van Dyke was escorted in the front of the theater and immediately the entire theater gave him a huge standing ovation.

There really aren’t words to describe what it was like to be in that room. Dick Van Dyke ya’ll. 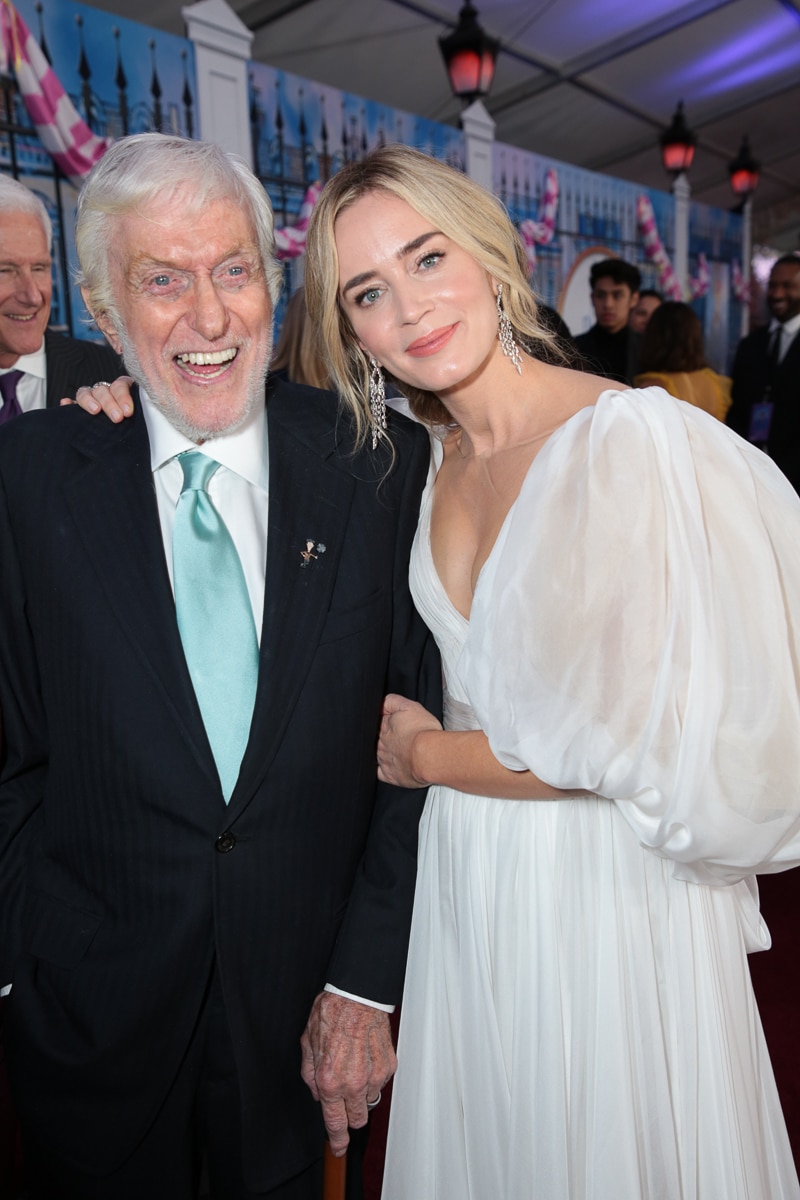 After the premiere we headed over to the Dolby Theater Ballroom for the after party. I didn’t know what to expect, but it was a fantastic first after party experience. It reminded me of the spring fair experience with lots of color, carnival food (hello cotton candy), and tons of people!

Best moments of the night? Getting to chat with Lin-Manuel Miranda (he promised Puerto Rico isn’t the last time he’ll be in Hamilton), photos with Emily Blunt, talking to Rob Marshall, and getting to stand next to and even exchange words with John Krasinski.

Next time I’ll be a little smarter about my shoe choice but overall, an amazing night! 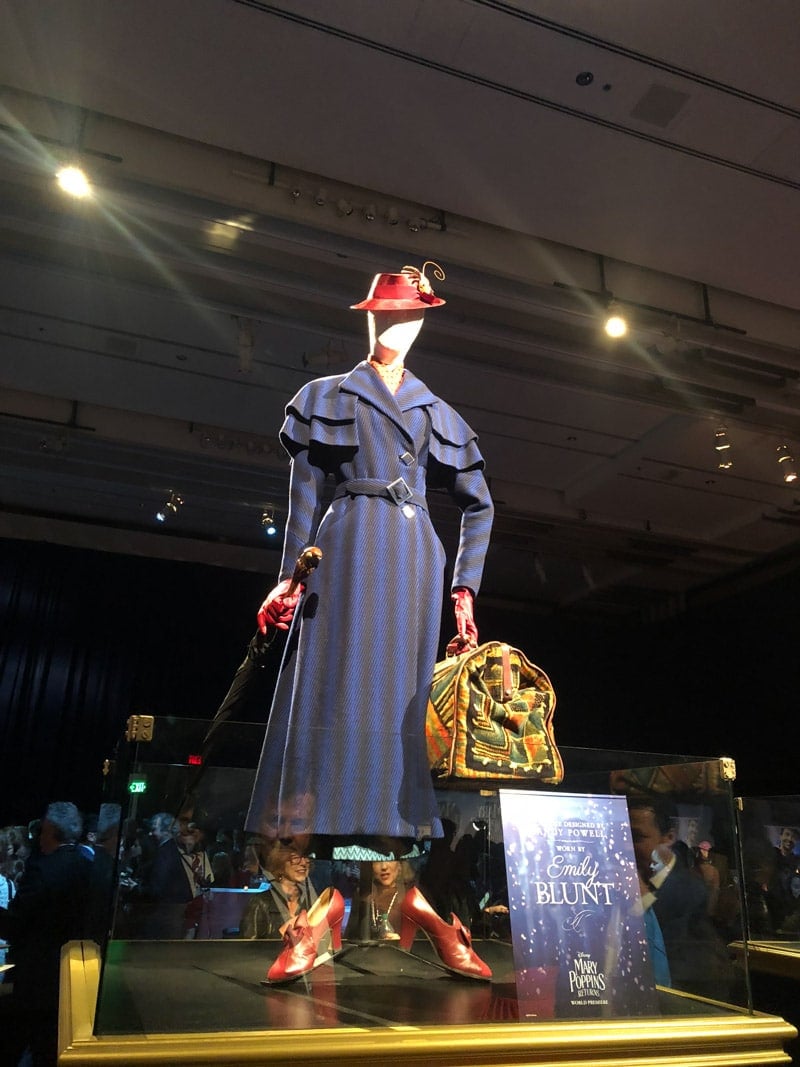 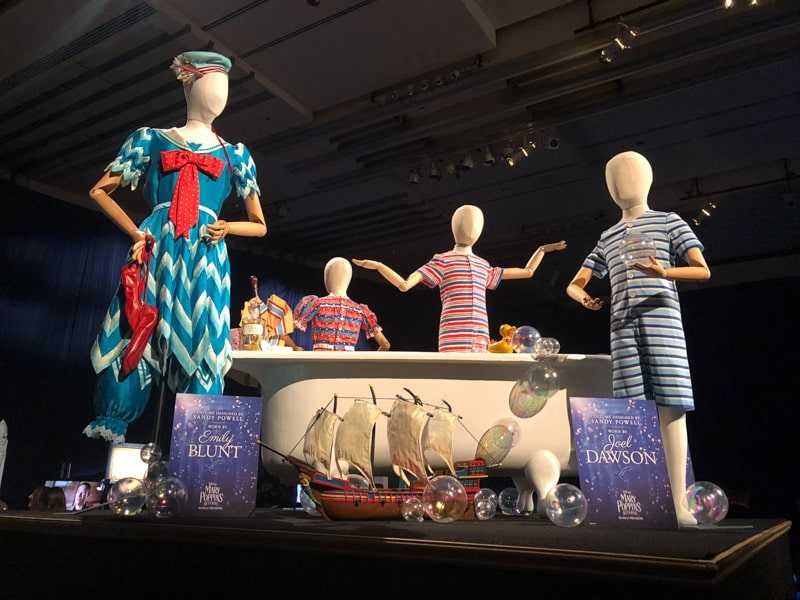 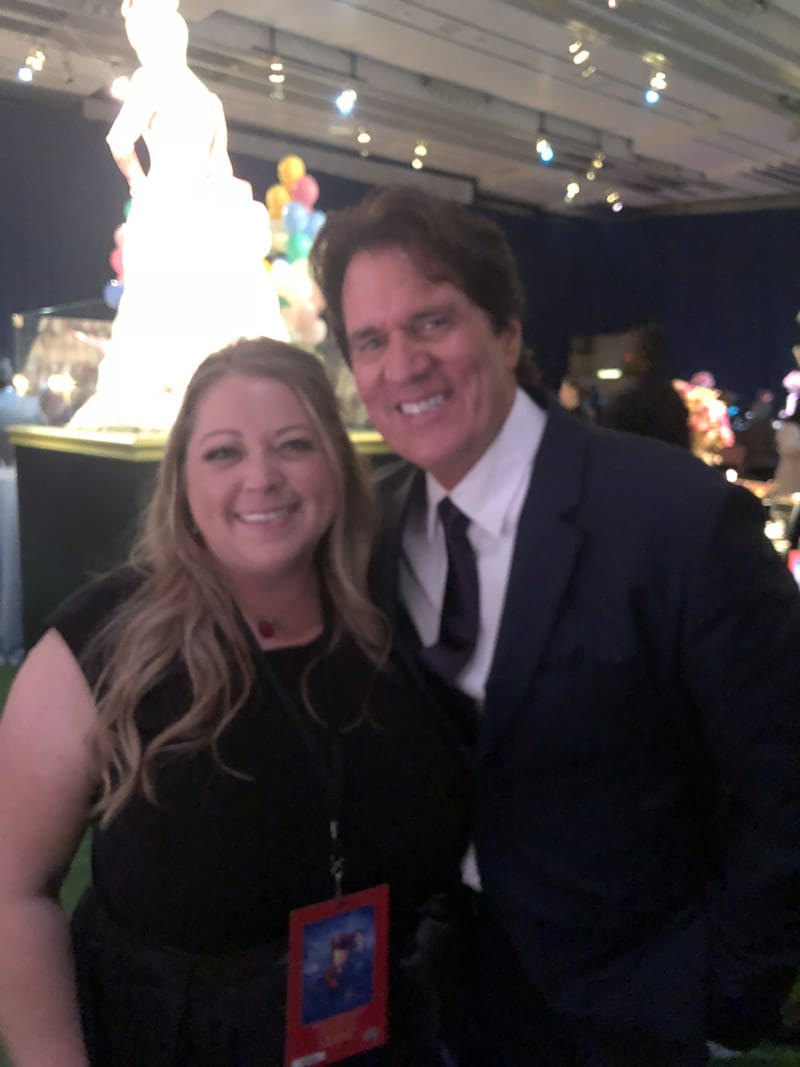 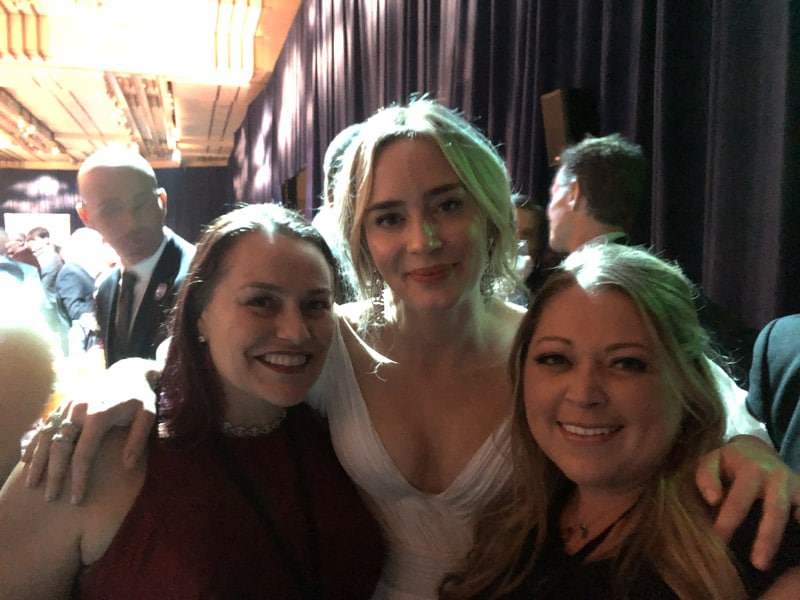 I can’t wait to share more about my experience at the Mary Poppins Returns event! Interview details, full movie review, and more coming up next week so make sure to follow along!

And if you haven’t already, get your Mary Poppins Returns pre-order tickets right now. The movie is simply magical, seriously. I’m excited to take my family to see it a third time! 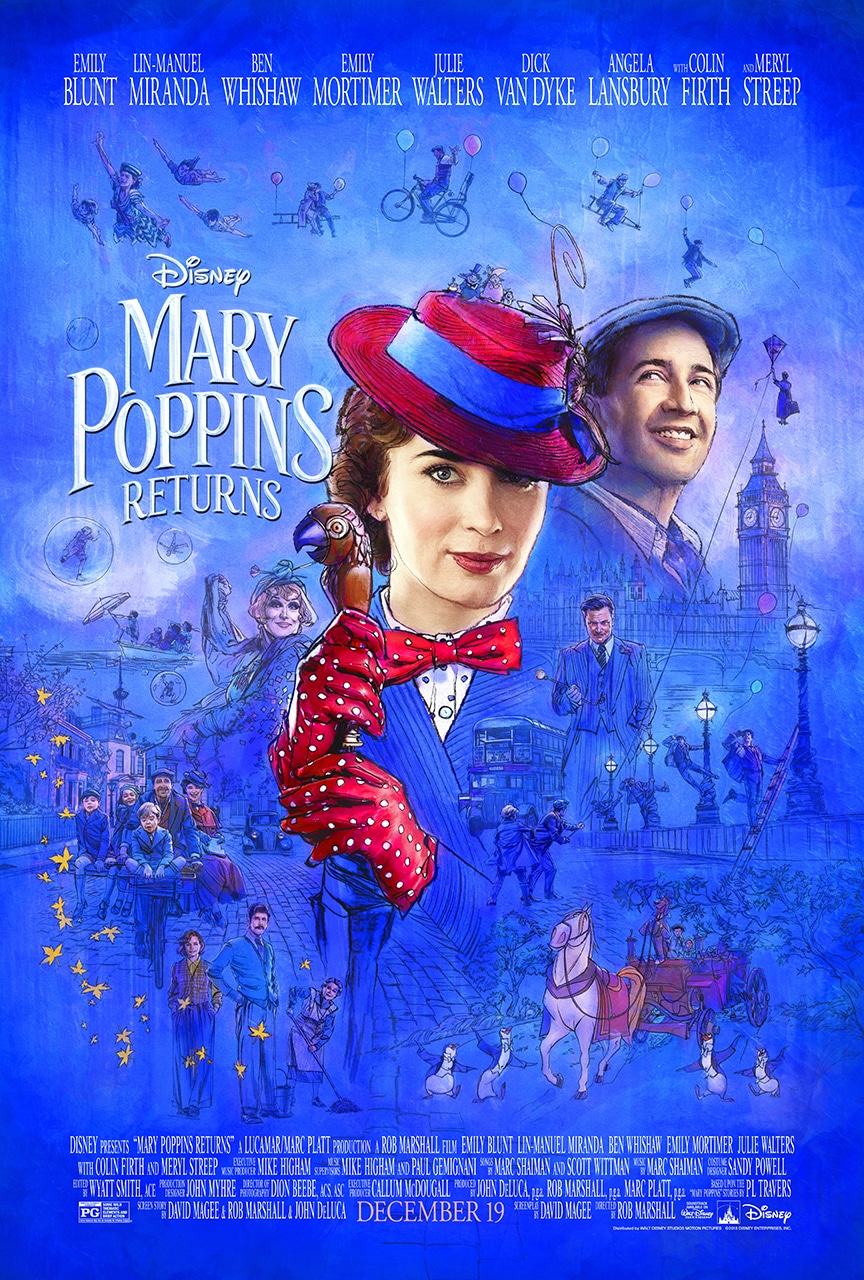 In Disney’s “Mary Poppins Returns,” an all new original musical and sequel, Mary Poppins is back to help the next generation of the Banks family find the joy and wonder missing in their lives following a personal loss. Emily Blunt (“A Quiet Place,” “The Girl on the Train”) stars as the practically-perfect nanny with unique magical skills who can turn any ordinary task into an unforgettable, fantastic adventure and LinManuel Miranda (“Hamilton,” “Moana”) plays her friend Jack, an optimistic street lamplighter who helps bring light—and life—to the streets of London.