This DIY ring toss game is the perfect patriotic game for 4th of July, Memorial Day, or any other day you just want to play a fun party game! Everything you need to know about how to make a ring toss game with bottles, how to win ring toss, and even the ring toss game rules you can switch up to make it easier for kids! 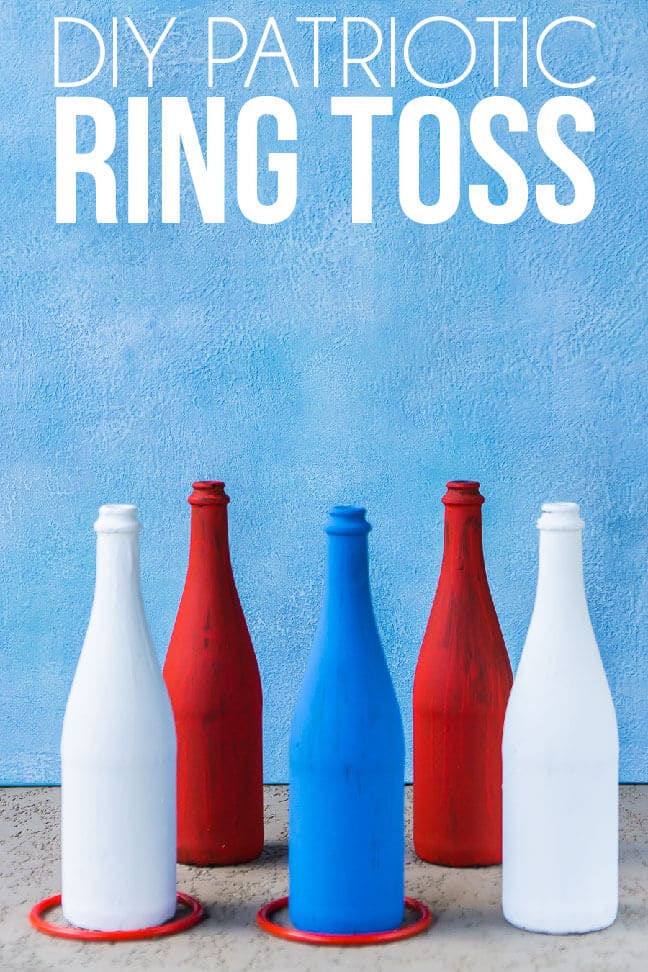 How to Make a Ring Toss Out of Bottles

Making a ring toss is simple. Since so often 4th of July celebrations are held outdoors, I wanted to do a larger backyard version, larger than the small bottles in a crate ring toss games you normally see.

To make this ring toss game, start out by drinking five bottles of Martinelli’s sparkling cider.

If you’d rather not drink all it before making the game, you can also pour it into a pitcher and serve at your party with some of these other 4th of July party ideas as well. I’m sure no one will mind a little great tasting sparkling cider. 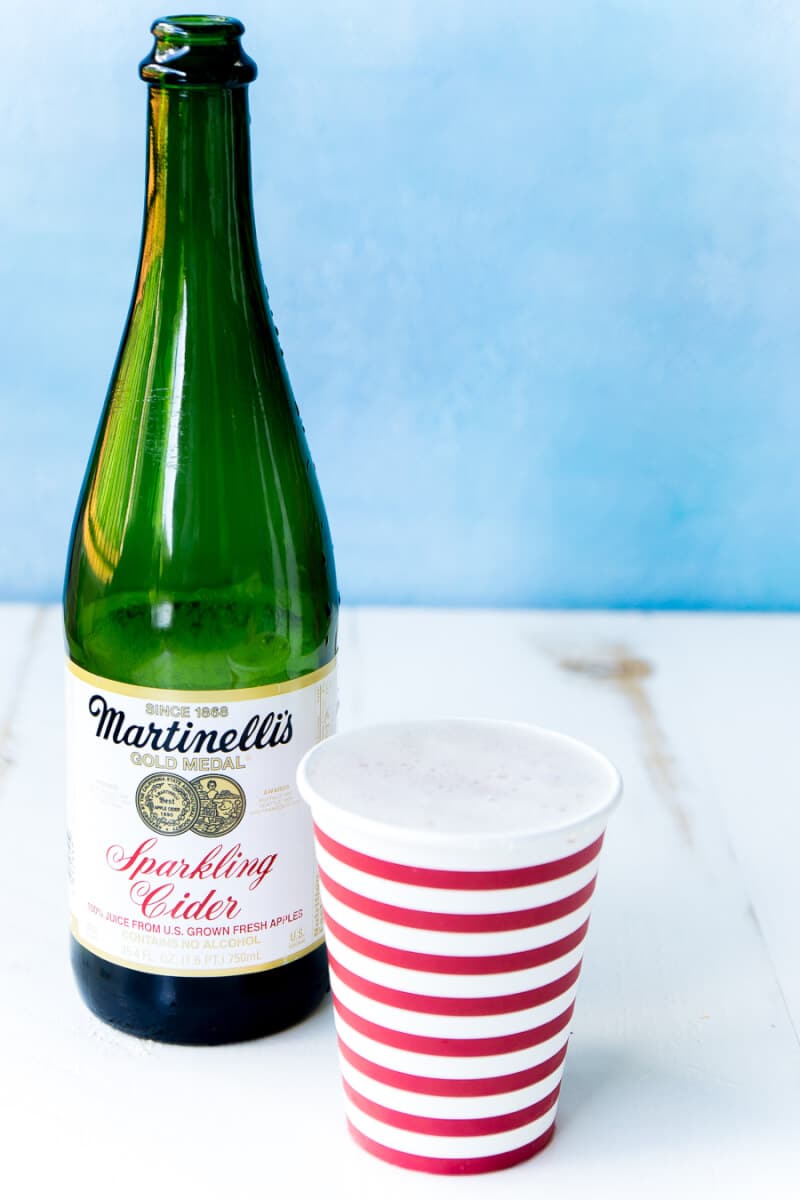 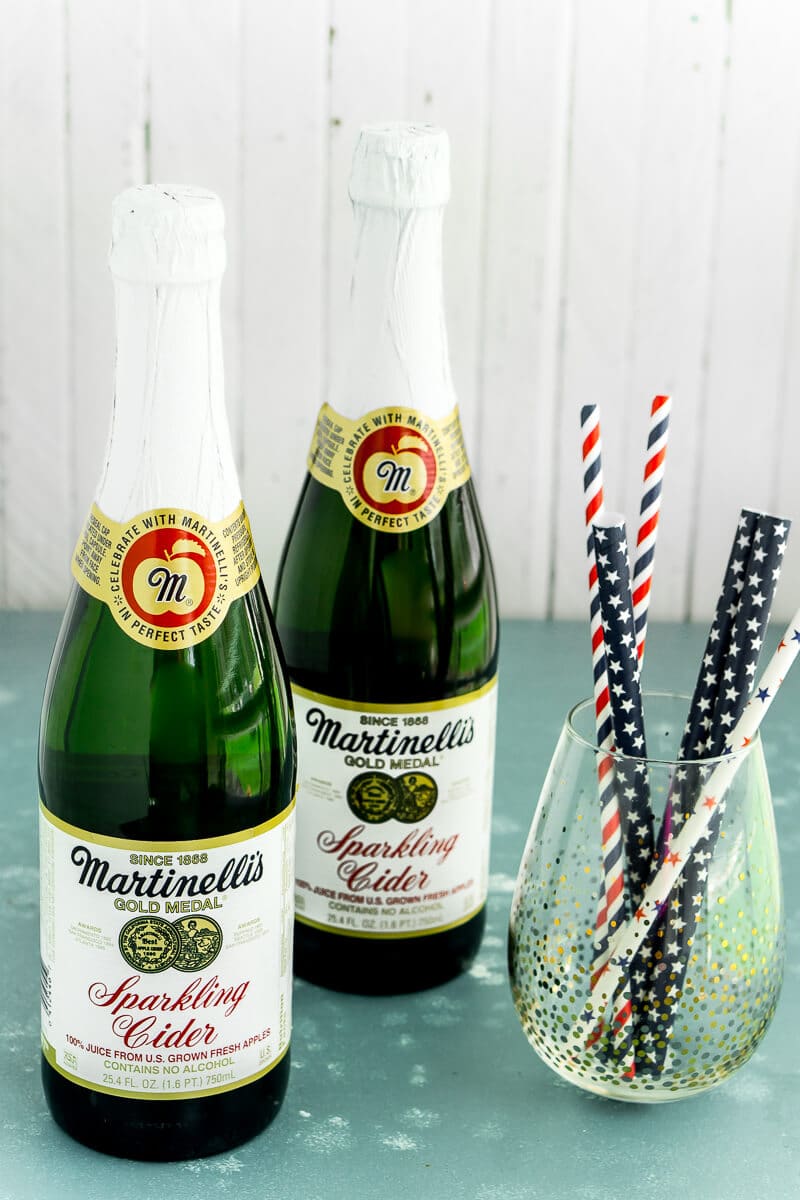 Once your bottles are empty, gently remove the labels from the front and back so you have completely bare Martinelli’s bottles. 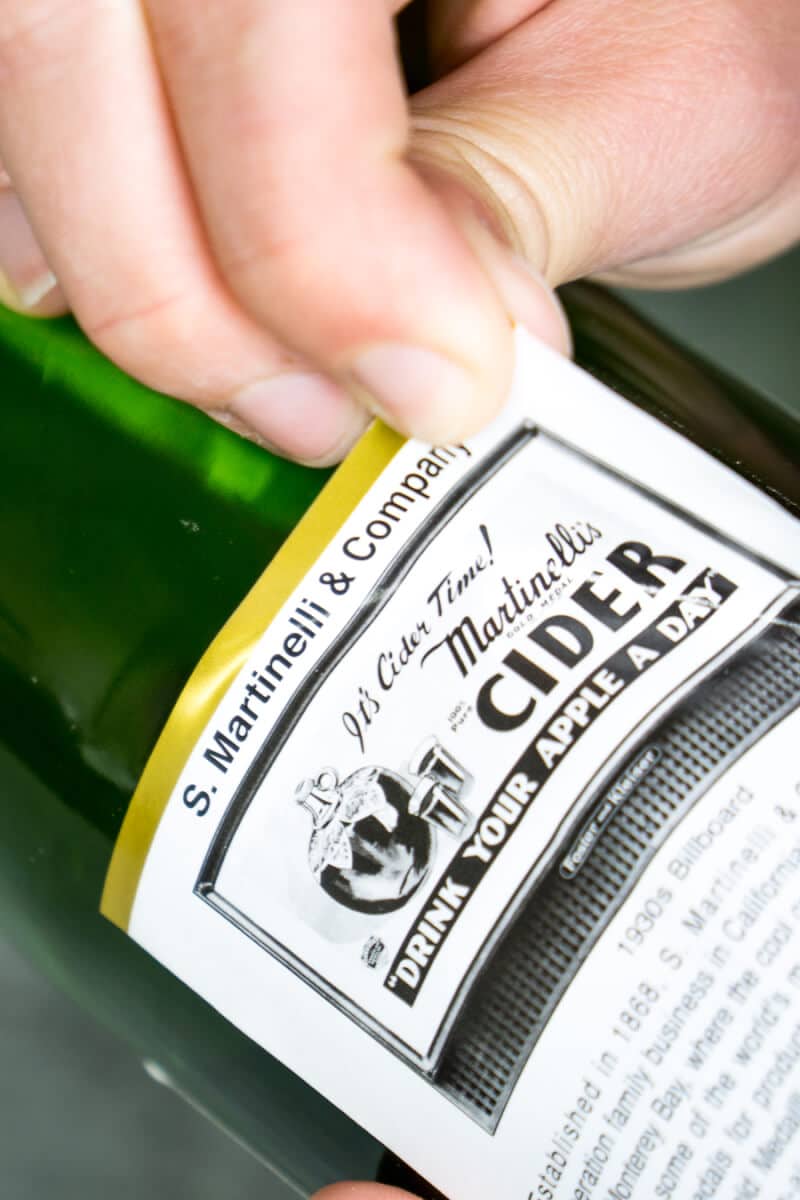 Last but not least, paint those Martinelli’s bottles whatever color you’d like. We went with red, white, and blue since we’ll be using them for a 4th of July party but if you want to do them for Halloween – this would make a great black and orange ring toss game as well!

You may need two coats depending on the color and paint type. Finish one coat and let dry before moving onto the second to make sure you need the second one.

And you’re done! All you need to do now is let the bottles dry then set them up to play. The Martinelli’s bottles are perfect because they’re heavy enough, even empty, that they won’t fall when people toss rings at them. 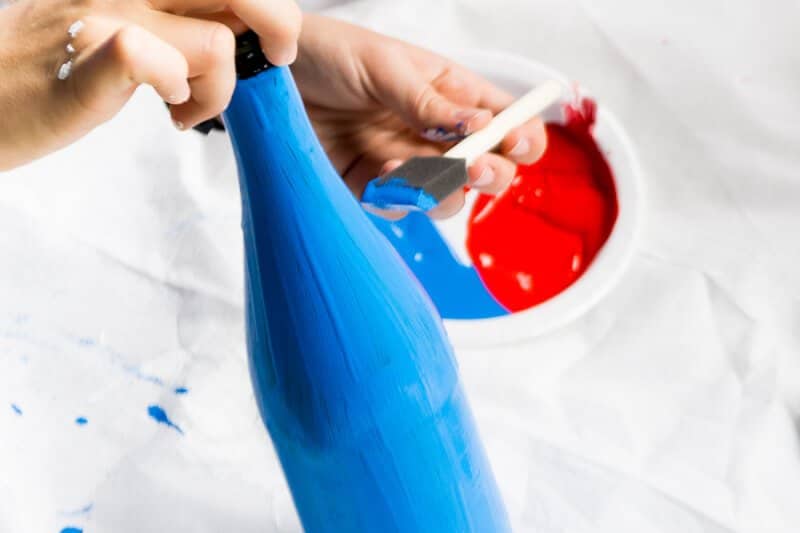 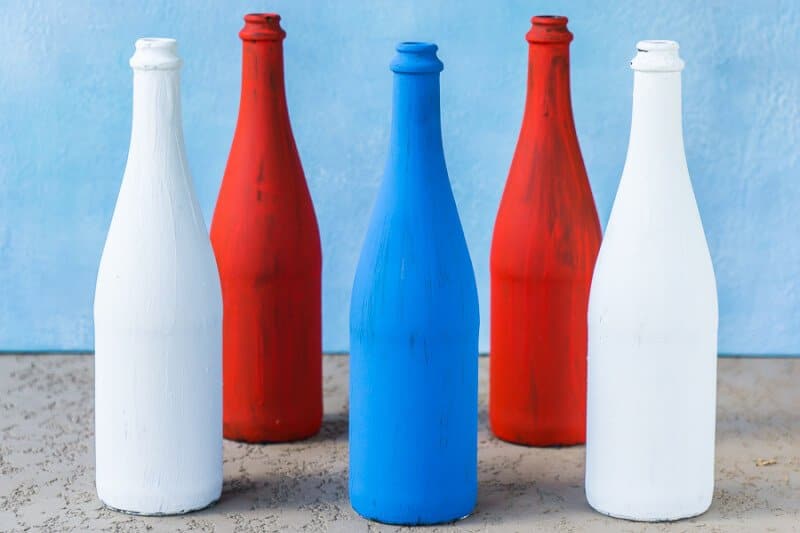 Things to Use for Rings for Ring Toss Game

If you don’t have time to order actual plastic rings that were designed for a ring toss game, you can use a ton of other things as well. I’ve used all of these things and they work great. Just make sure they fit around the top of the bottles.

Set the bottles up in a backyard, on a driveway, or on a patio. Then tape a line on the other side of the room with a bucket of rings.

Give the player three rings and three tosses. If they get one of the rings around the bottle, they win a prize. I’ve got a great list of prizes in my red, white, and blue scavenger hunt post. If a player misses, you can still give them a consolation prize or they can get back in line and try again. 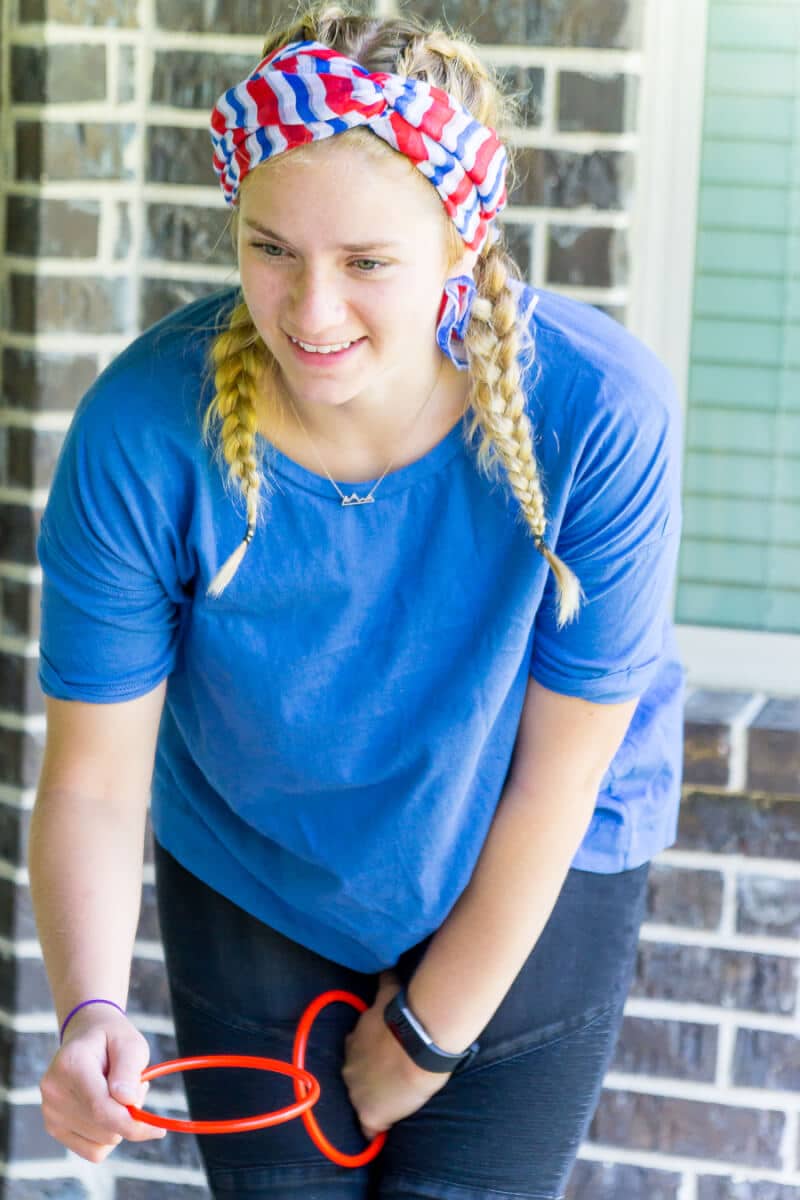 It can be a little tough for kids so I like to let kids stand closer or if they’re as young as my 4-year-old, just let the kids drop the ring around the bottle.

If you’re going to have a lot of young kids, maybe stick with less expensive prizes like stickers, bouncy balls, and patriotic glow sticks. And use some of the extra prizes for these other 4th of July party games! 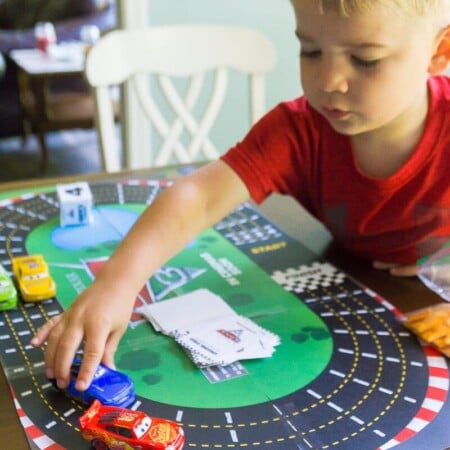 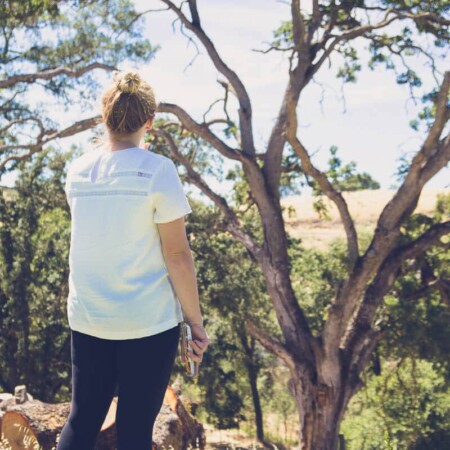