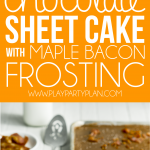 This maple bacon Texas sheet cake recipe is the perfect addition to any backyard BBQ, block party, or really any occasion. Rich and fudgy chocolate sheet cake topped with a delicious maple bacon icing and crispy bacon makes this one of the best sheet cakes you’ll ever try! 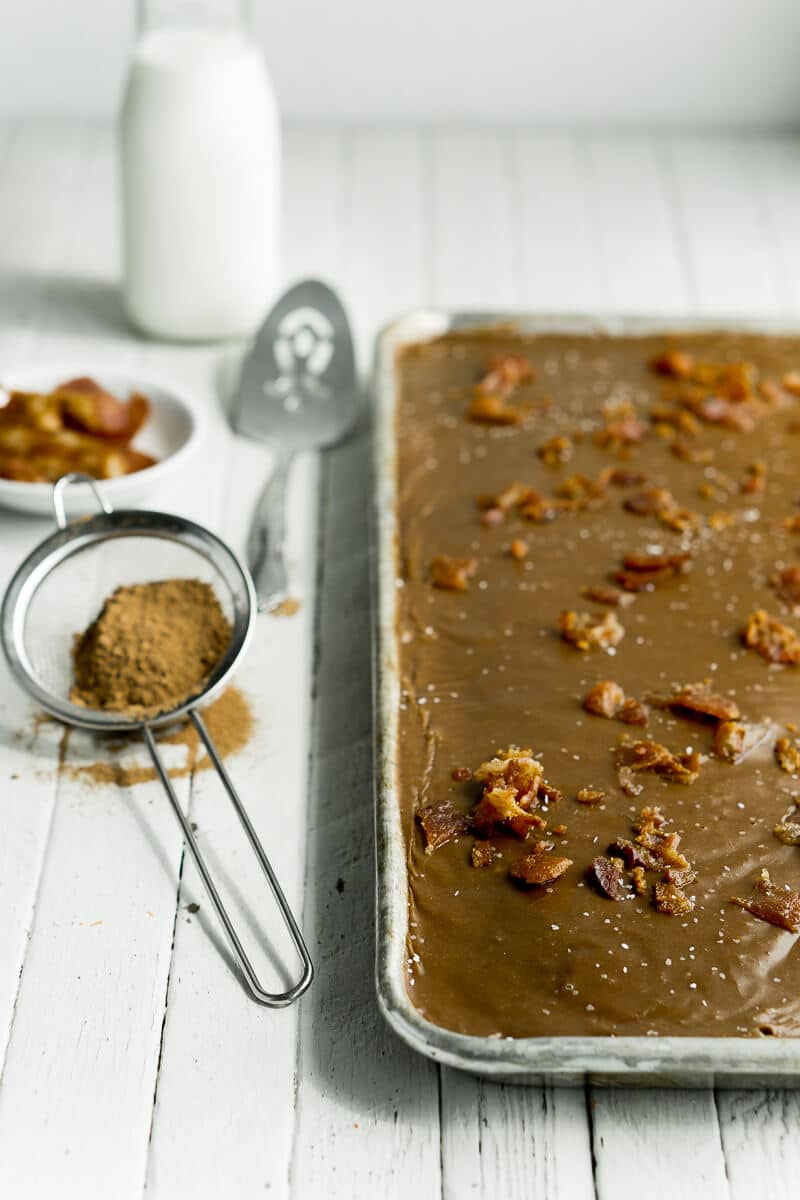 Did anyone else watch the CMT Music Awards earlier this month? It’s one of my favorite award shows every year and this year was especially fun because most of the winners were some of my country music favorites – Keith Urban, Carrie Underwood, and Lauren Alaina. I’ve seen both Keith and Carrie together in concert and other than Mumford and Sons, it was the best concert I’ve ever been to. They both sure know how to put on a show!

And Lauren Alaina? I watched her journey on American Idol a few years back and man, she’s sure come a long way since then. If you haven’t watched the video for Road Less Traveled, you should. Everyone should. I love the idea of encouraging people to be who they are even if it’s not the popular choice. It’s an important message I think is getting lost these days. 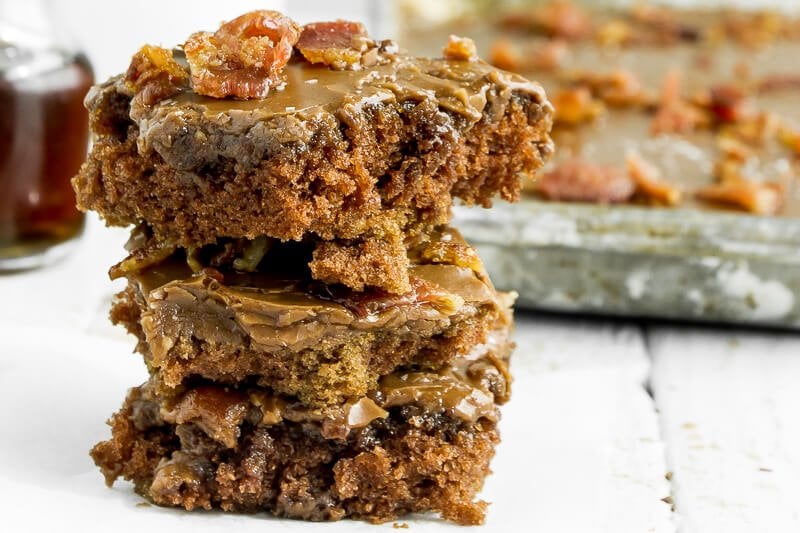 That’s one of the things I love most about country music – the ability to tell a story and share a message. I’ve been brought to chills by more country songs than any other genre in my lifetime. And when you add videos to those songs, those chills take on an entirely new level.

Before the CMT Music Awards this June, Bar-S Foods partnered with CMT to host a summer of music block party full of great food and great music from some of country’s best emerging artists. And now they’re inviting all of you to enter the Summer of Music Sweepstakes for your chance to win a ticket to next year’s big event!

And it doesn’t stop there, thousands of other prizes will be awarded to country music fans around the country! I’m having a hard time deciding if I’d rather go to the CMT Music Awards or have a private concert of my own, both prizes sound amazing. Which would you choose?

Enter to win the Summer of Music Sweepstakes by purchasing your own Bar-S products and uploading a copy of the UPC codes on the sweepstakes website.

Speaking of block parties, this Texas sheet cake is perfect for any and all parties this summer. It’s probably a little different than the ones you’ve had before. I took a little inspiration from my girl Lauren Alaina and went for the road less traveled on this one. It’s still a chocolate sheet cake base but instead of just sticking with straight chocolate, I decided to change things up and did a maple bacon chocolate sheet cake recipe instead. 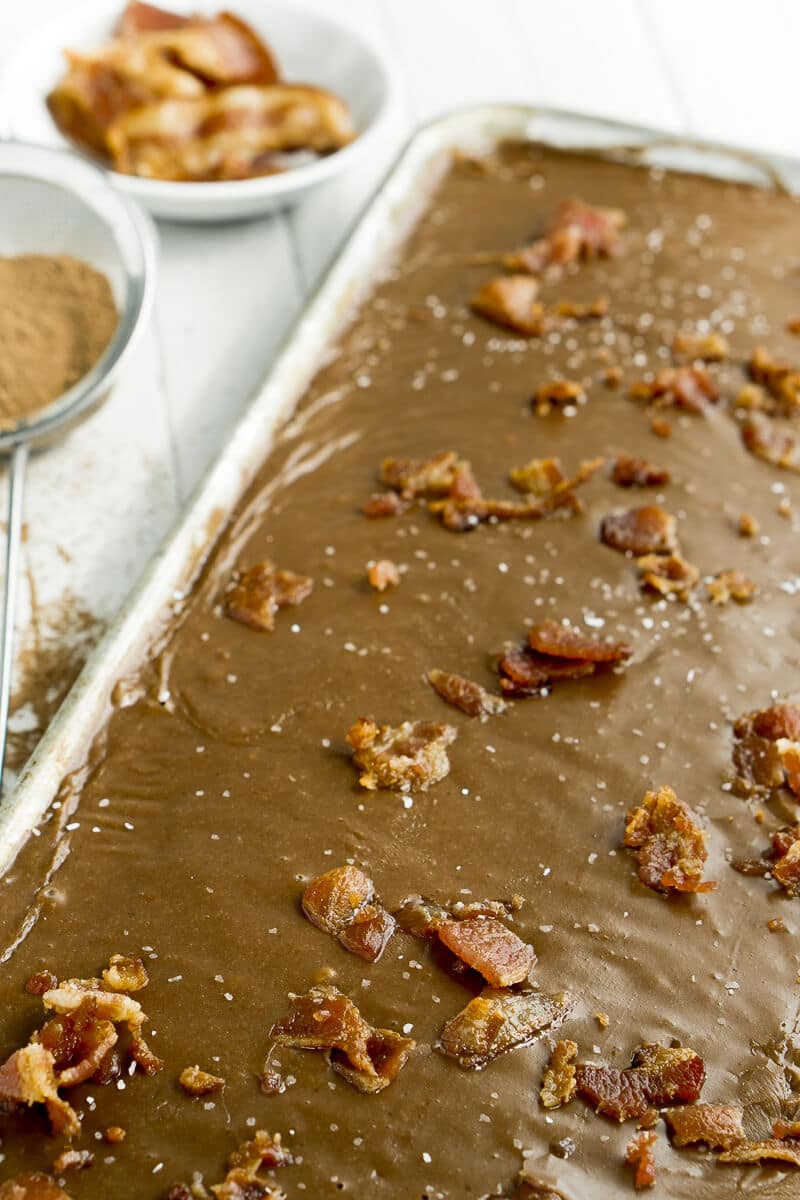 It’s simple to make, which is why I love sheet cakes! First up, bake your Bar-S bacon in the oven. It’s the only way we ever cook bacon these days because it gets it extra crispy. Cook it on a baking sheet and drain the bacon grease, you’re going to use it to add a bit of salty contrast to the chocolate layer. 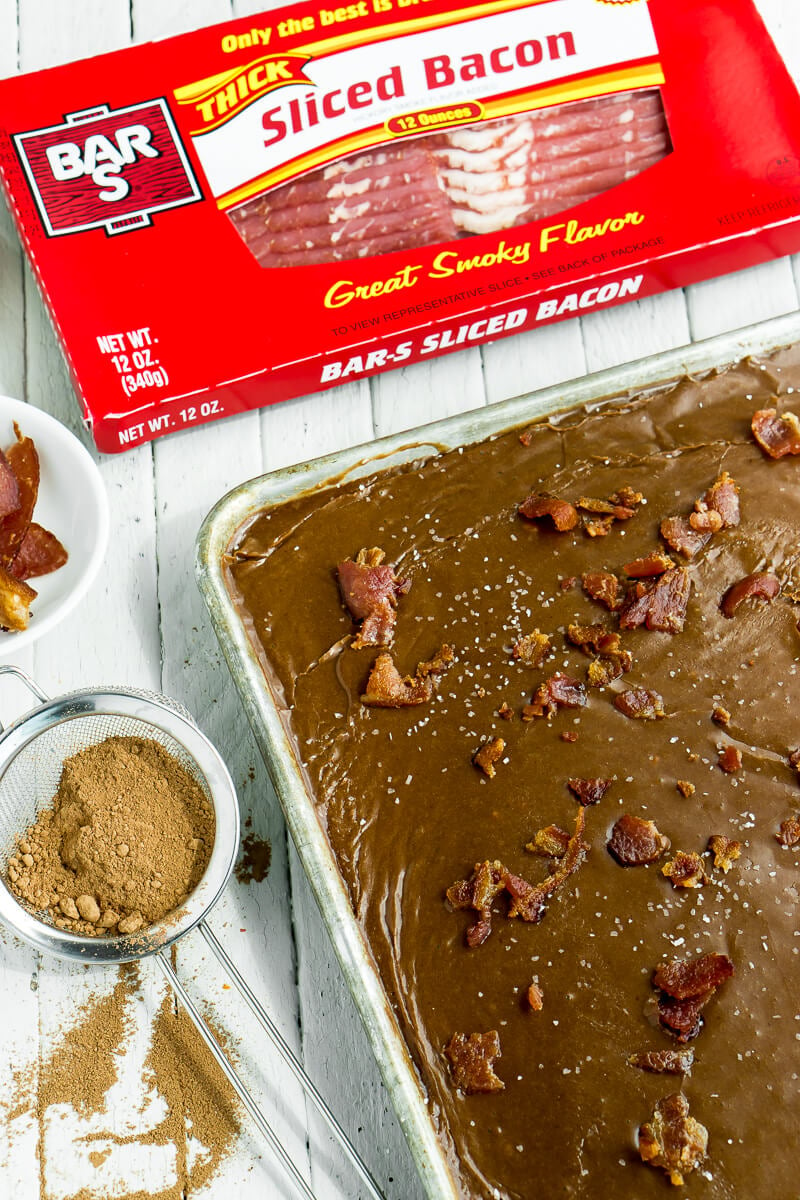 Bake your cake, cover with the maple bacon frosting, and top with sea salt and pieces of that perfectly crispy bacon you cooked up earlier. And you have the perfect sweet and salty dessert that will be the first to go at your neighborhood block party this summer. 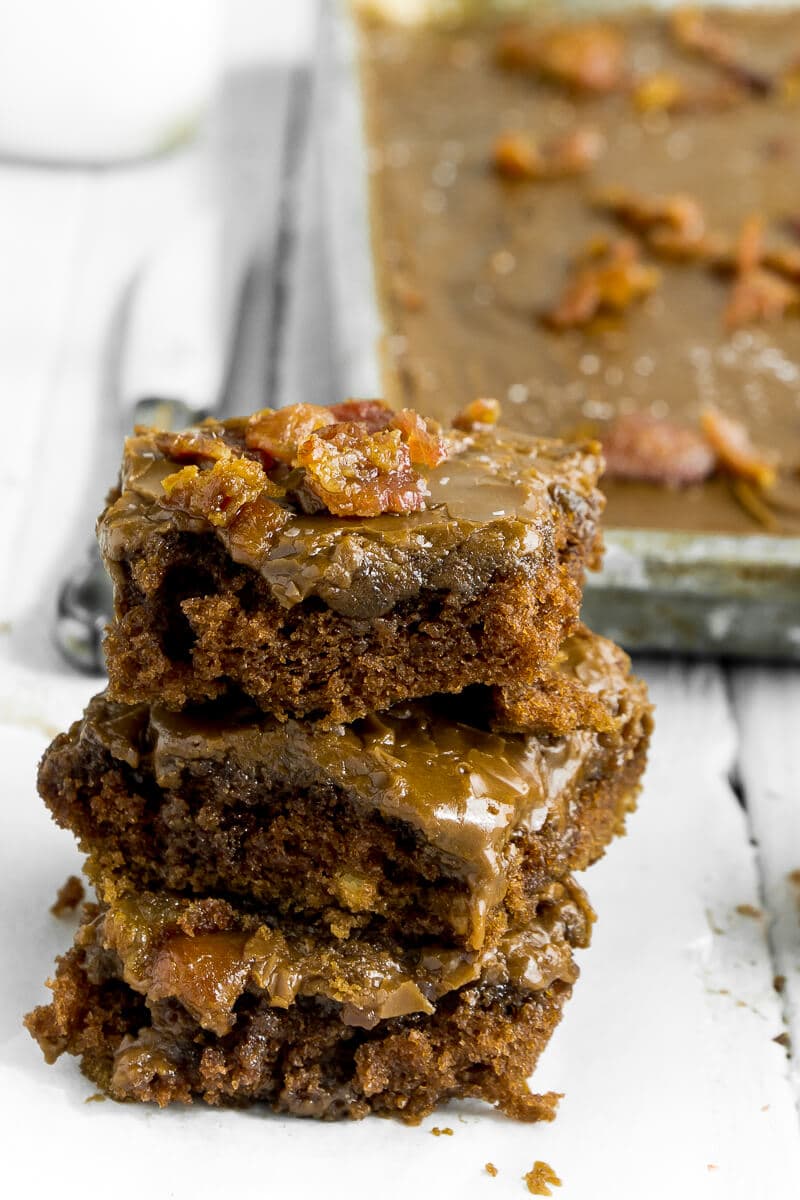 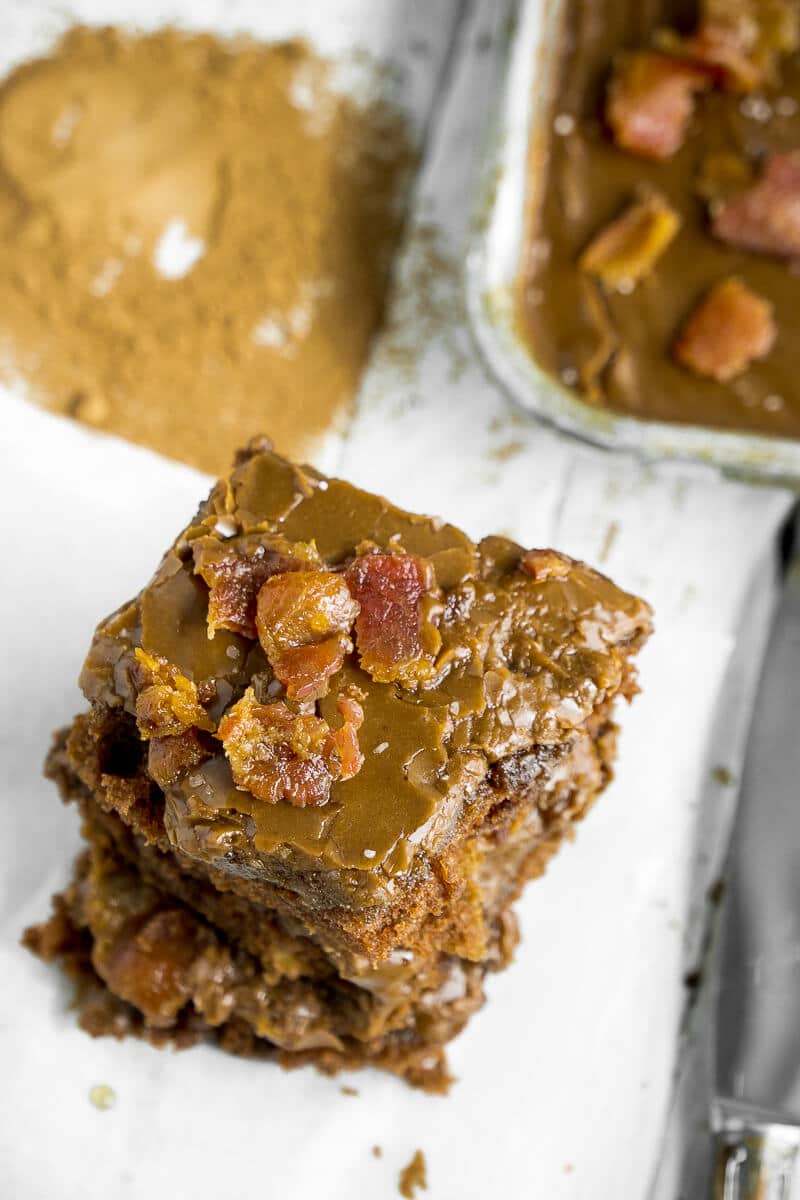 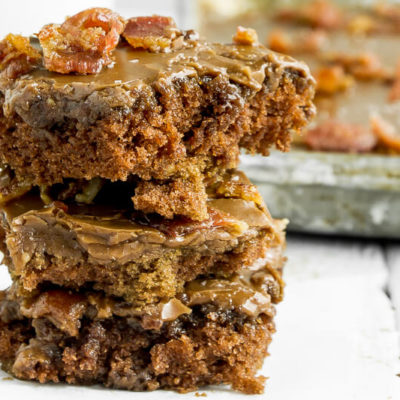