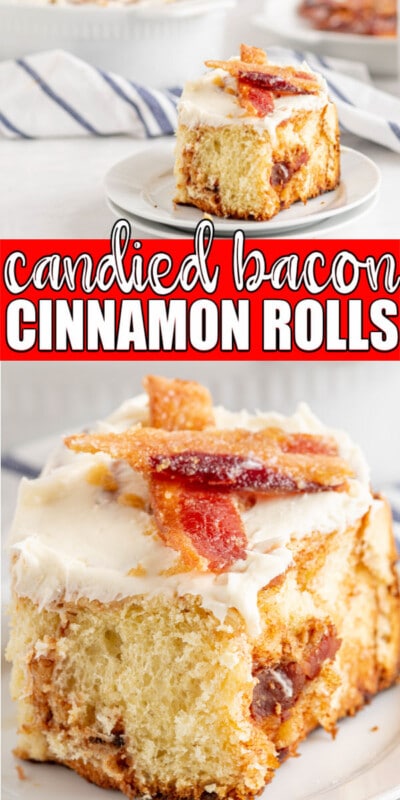 If you love cinnamon rolls and love bacon, you’re going to love these sweet and salty bacon cinnamon rolls! Homemade cinnamon rolls filled with a brown sugar bacon filling then topped with cream cheese icing and candied bacon, they’ll be a new family favorite for Sunday brunch or a leisurely breakfast!

Cinnamon rolls are one of my favorite indulgences, especially for holiday get togethers. But they’re also great just for enjoying with the family on Sunday for brunch when you have a little more time than during the week.

Alright here we go. If you’ve ever made cinnamon rolls before, you know that they are a bit of work. Nothing too complicated but they do take some time and effort.

Don’t let that scare you – nothing about this recipe is hard, just follow the instructions and you’ll be golden!

The first thing you need to do is make the cinnamon roll dough. Start by warming the milk until it’s lukewarm. You can either do this in the microwave (typically about a minute), on the stove, or even in the oven.

Your goal is to warm the milk so that it’s lukewarm but not hot so it doesn’t kill the yeast in the cinnamon rolls.

Once the milk is warmed, add one tablespoon of sugar and the yeast and allow the mixture to sit for 10 minutes while the yeast activates (blooms). You’ll know the yeast is ready when it’s gotten fluffy.

Once the yeast is fluffy, add the eggs and remaining sugar to the mixing bowl and using a whisk or paddle attachment, whisk the ingredients together.

While that is whisking, combine the flour and salt together in a bowl.

Add the flour and mix to begin incorporating. I like to do a little flour at a time so I don’t get a cloud of flour dust back in my face.

Switch to a dough hook attachment and let it knead on medium high speed for two minutes. Add the butter two tablespoons at a time then knead, giving the butter time to incorporate before adding the next bit of butter.

Once all the butter is added, knead for an additional five minutes on medium-high speed.

Scrape the sides of the bowl down and cover with either a damp towel or a piece of plastic wrap that’s been sprayed (the bottom side) with non-stick baking spray. The dough will be soft and sticky.

Let the dough rise in a warm location until doubled.

While the dough is rising, make your candied bacon so it’s ready to go when the rolls are done.

If you want to make candied bacon to go on top, preheat an oven to 375 degrees and line a baking sheet with parchment paper or aluminum foil.

Lay the bacon on the baking sheet – no overlapping bacon. Sprinkle half the brown sugar on top of the bacon.

Make sure to watch the bacon carefully after you flip because the brown sugar (and the bacon) can go from caramelized to burnt quickly.

Remove from the oven and let cool for just a minute before using tongs to remove and put it on a plate. If you let it cool completely on the baking sheet, the sugar hardens, making it extremely difficult to remove.

Once the dough has doubled, place the dough onto a floured surface. Use your hands to press the dough into a rectangle, trying to keep the corners as square as possible for easy rolling later.

Once it’s in a rectangle, use a rolling pin to roll the dough out to about 1/2 inch thin.

Mix the brown sugar, granulated sugar, and cinnamon together in a small bowl.

Spread the softened butter over the entire surface of the rectangle of dough. Top with the cinnamon sugar mixture then use your hands to gently press the cinnamon sugar into the butter. This will help keep it from boiling out of the rolls while baking.

Sprinkle the cooked bacon bits over the cinnamon sugar mixture.

Roll the dough up starting at the bottom, trying to keep it as tight as possible. Once you finish rolling, press the edge of the dough into the rolled dough to seal it.

Slice into 2″ thick rolls with a very sharp knife that’s been dipped in flour. Pull the knife through the dough rather than pushing it down on the rolls or sawing through the dough. If you saw through, you’ll end up with sad misshapen rolls.

Once the rolls are rolled and cut, it’s time to let them rise again. You didn’t think you were done did you?

Cover with a damp towel and let the cinnamon rolls rise for another 30-45 minutes or until they’ve again doubled in size. Once they’re doubled in size, they’ll likely be touching either – totally okay!

Preheat the oven to 350 degrees. Once the rolls have doubled in size, bake for 45-50 minutes or until the edges are golden brown and a toothpick inserted into the center comes out clean (so you know they’re not gooey in the center).

If your oven bakes hot, you can bake them for 25 minutes then cover with tin foil to bake for the remaining time so they can still bake inside without getting too golden on the outside.

In the bowl of a stand mixer, combine the cream cheese, butter, powdered sugar, and vanilla. Use the paddle attachment to beat the ingredients together for about two minutes until it’s nice and fluffy.

Add the milk and beat for another minute to finish off the frosting!

Once the cinnamon rolls are done, set them on a cool rack and spread cream cheese icing on them right away if you want a thinner melted layer or wait for them to cool for 15 minutes for thicker, stay-on style, frosting.

Finish them off by topping with small pieces of the candied bacon (if you want) or you can totally eat them with just the frosting!

If you have any leftover candied bacon, it would be delicious used in these bacon and brie bites!

Serve warm or after they’ve cooled (if anyone can wait that long). These would also be really good topped with just a bit of maple syrup – I love the maple flavor with the salty bacon! If you like maple, you’ll love this Texas sheet cake recipe too!

This post was originally written as a mini maple bacon roll recipe and has since been updated to a full-size homemade bacon cinnamon rolls recipe. If you would like the original recipe, you can get a printable copy here.

Store in an airtight container for up to a week. If you aren’t going to finish them within a week, freeze.

Freeze the rolls individually in plastic wrap then placed into a sealed airtight container. Take out of the freezer and allow to come to room temperature before warming in the oven for a few minutes or the microwave for 30 seconds to heat.

Reheat cinnamon rolls by placing them on a baking sheet lined with parchment paper and place in a cold oven. Preheat the oven to 350 degrees and allow the cinnamon rolls to warm up with the oven. Or if you’d rather use the microwave, simply microwave for 20-30 seconds to warm them.

Can you let cinnamon rolls rise too long?

You only want to let the dough rise until it doubles in size. I typically set a timer to check them after 30 minutes then again every 15 minutes or so until the dough has doubled. If you’re not going to be around to watch it rise so it doesn’t rise too much, put the dough in the fridge and let them rise in the fridge for up to 24 hours.

How do you keep cinnamon rolls from getting hard?

Make sure to store these in an airtight container after baking. This will help keep the cinnamon rolls soft and moist for as long as possible. 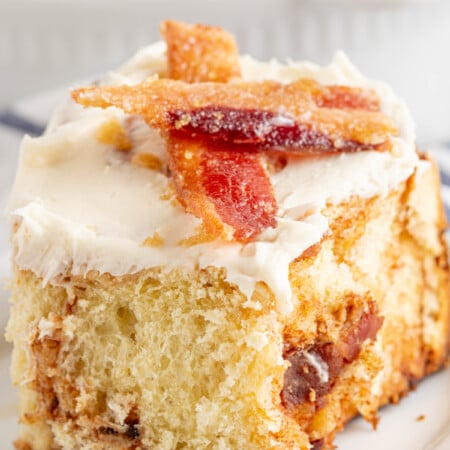 Store in an airtight container for up to a week. If you aren’t going to finish them within a week, freeze. Freeze the rolls individually in plastic wrap then placed into a sealed airtight container. Take out of the freezer and allow to come to room temperature before warming in the oven for a few minutes or the microwave for 30 seconds to heat. Reheat cinnamon rolls by placing them on a baking sheet lined with parchment paper and place in a cold oven. Preheat the oven to 350 degrees and allow the cinnamon rolls to warm up with the oven. Or if you’d rather use the microwave, simply microwave for 20-30 seconds to warm them. 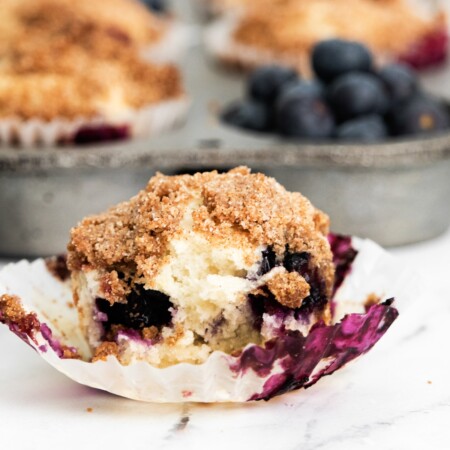 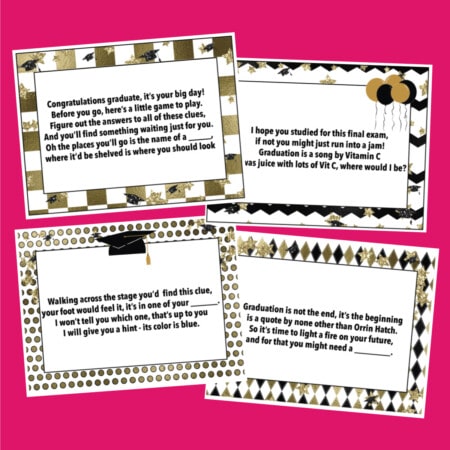