These ham and cheese breakfast empanadas are the perfect quick breakfast for anyone who wants something cheesy, filling, and delicious! 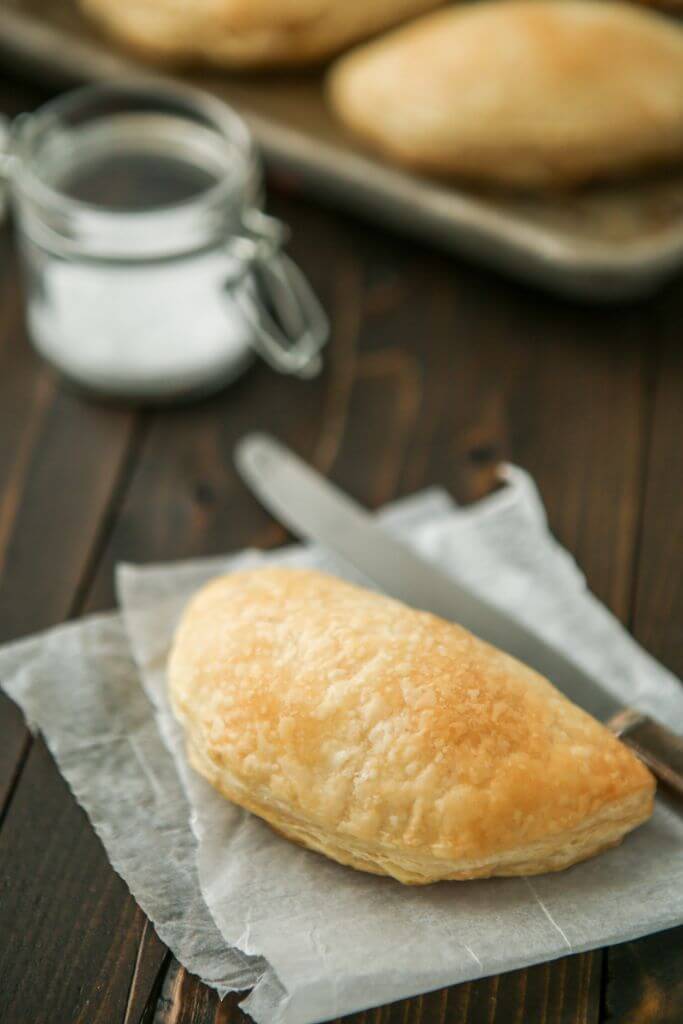 Once upon a time my husband lived in Argentina for two years and during that time, he became addicted to a little thing known as an empanada. So when we found a little restaurant around the corner from our house that serves authentic Argentine empanadas, we were in trouble. It’s not often that a week goes by that I don’t stop in and pick up a couple of empanadas for breakfast. They have tons of different options including everything from meat to spinach and feta.

That’s why I’m so excited to be bringing you my version of ham and cheese breakfast empanadas, inspired by the ones around the corner from my house. While I am being compensated for this post, all opinions and ideas are 100% honest and my own. 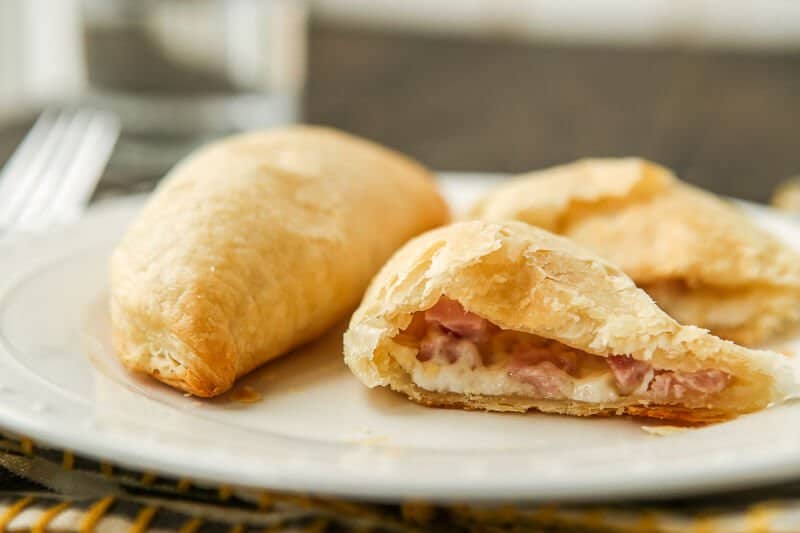 There are a couple of secrets to making great ham and cheese empanadas according to my husband and the owner of the restaurant (yep, I went and asked her). First, make sure to have good quality ham. I’m a huge fan of all Jones Dairy Farm breakfast meats, so I picked up a Jones Dairy Farm ham steak from the refrigerated meat section at my local grocery store. 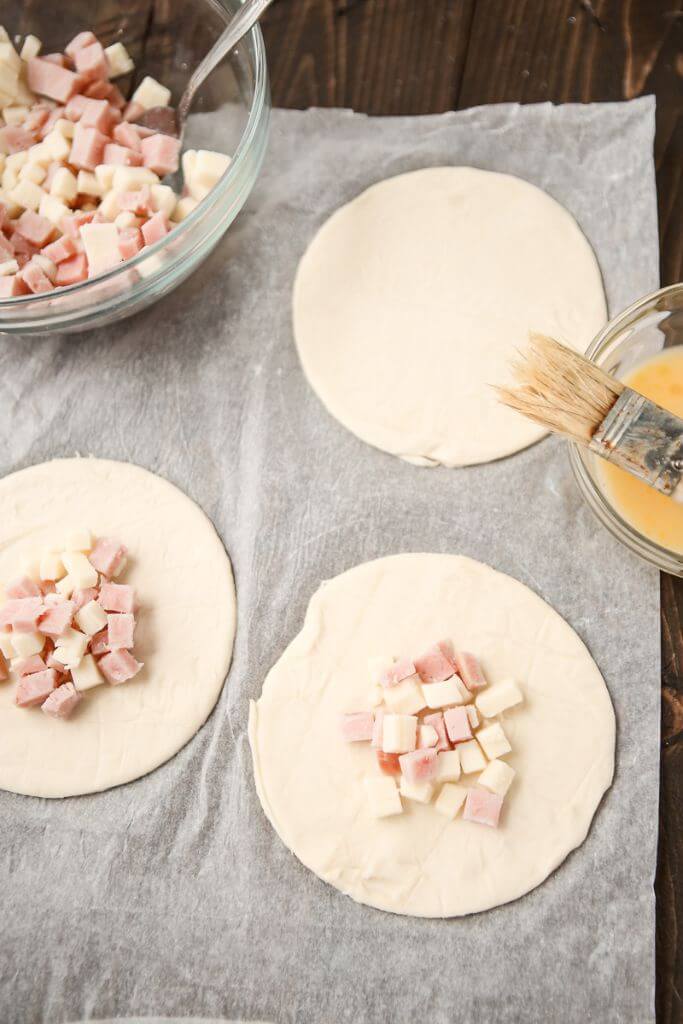 Second, use mozzarella cheese. I actually went in and asked the restaurant owner about this one because I didn’t believe my husband when he said mozzarella. I’ve never had an empanada or a sandwich or anything ham and cheese that uses mozzarella, so it didn’t make any sense to me. BUT it’s true. Fresh mozzarella is key.

The final secret is to cut up your mozzarella cheese and ham into tiny cubes that are about the same size. This makes them just melt together into one nice mixture when they’re baked and is really what makes these empanadas so delicious.

I need things to be quick so rather than making the empanada dough from scratch, I used puff pastry instead. It made the outside of the empanada crisp, flaky, and delicious. And the perfect contrast to the soft melted mixture inside. Use a cookie cutter, glass, or large bowl to cut out circles in the dough, fill them with ham and cheese filling, then use an empanada press (like this one!) to create your empanadas. 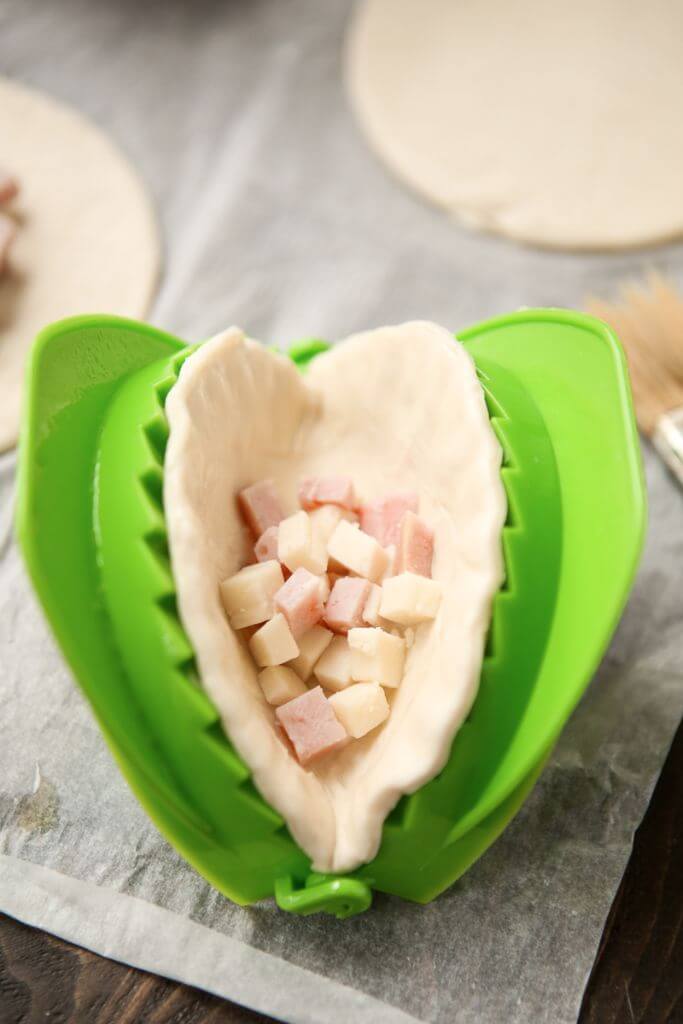 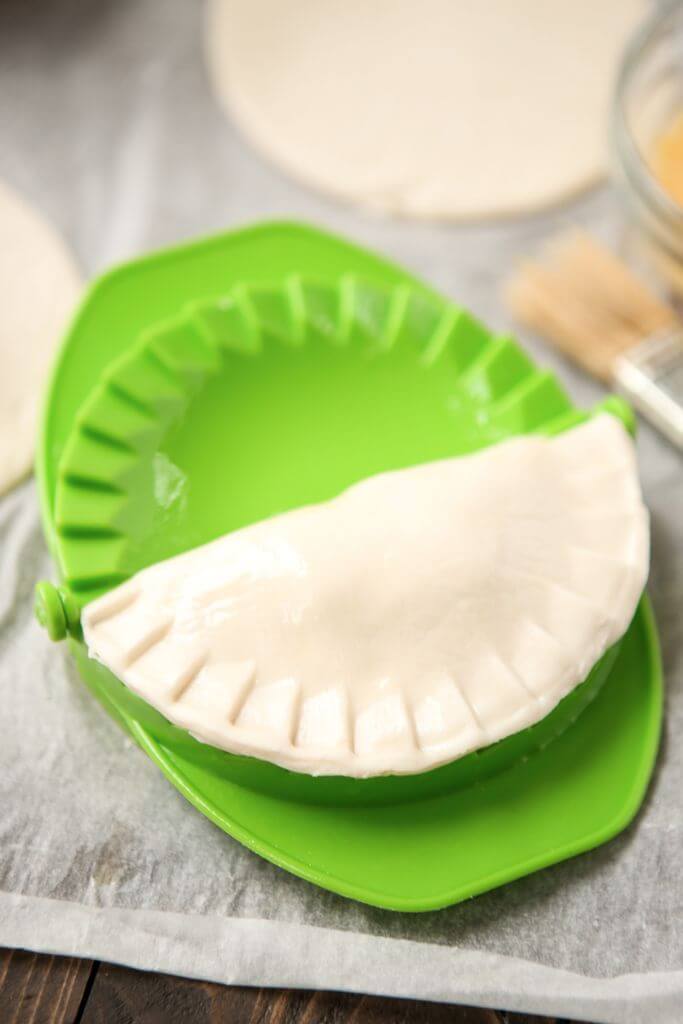 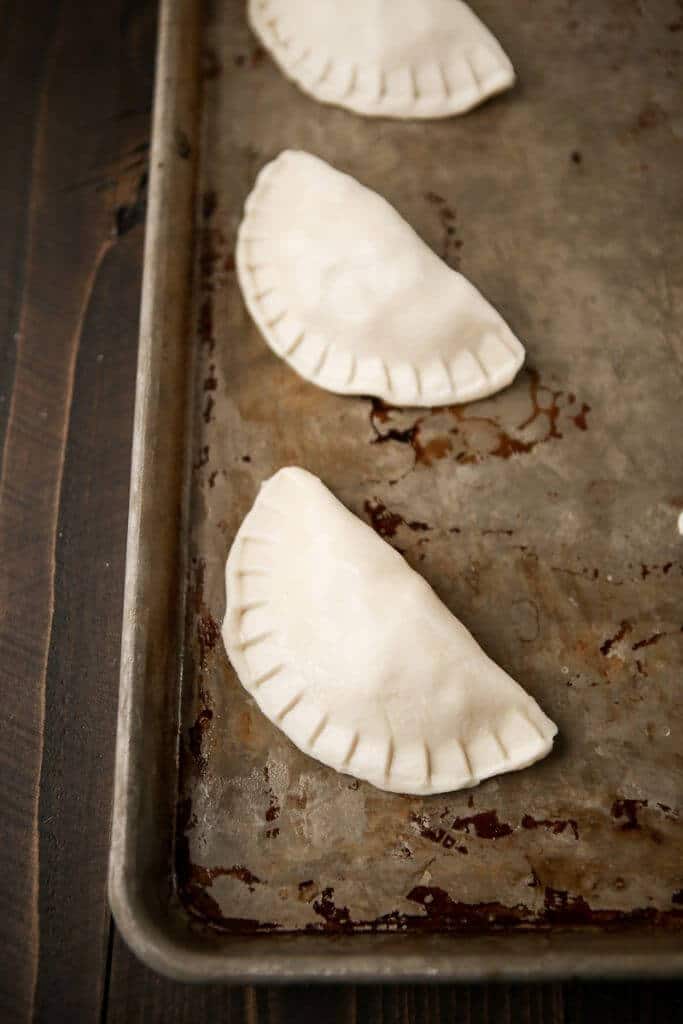 Toss those babies in the oven and bake until they’re golden on top. And you have  delicious ham and cheese breakfast empanadas for all! 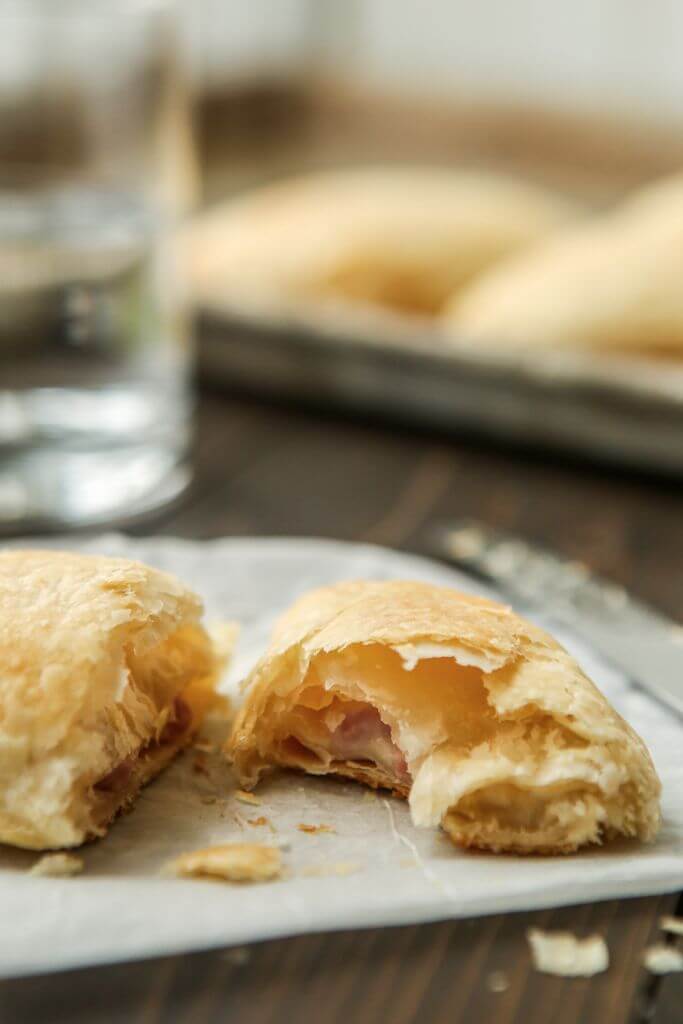 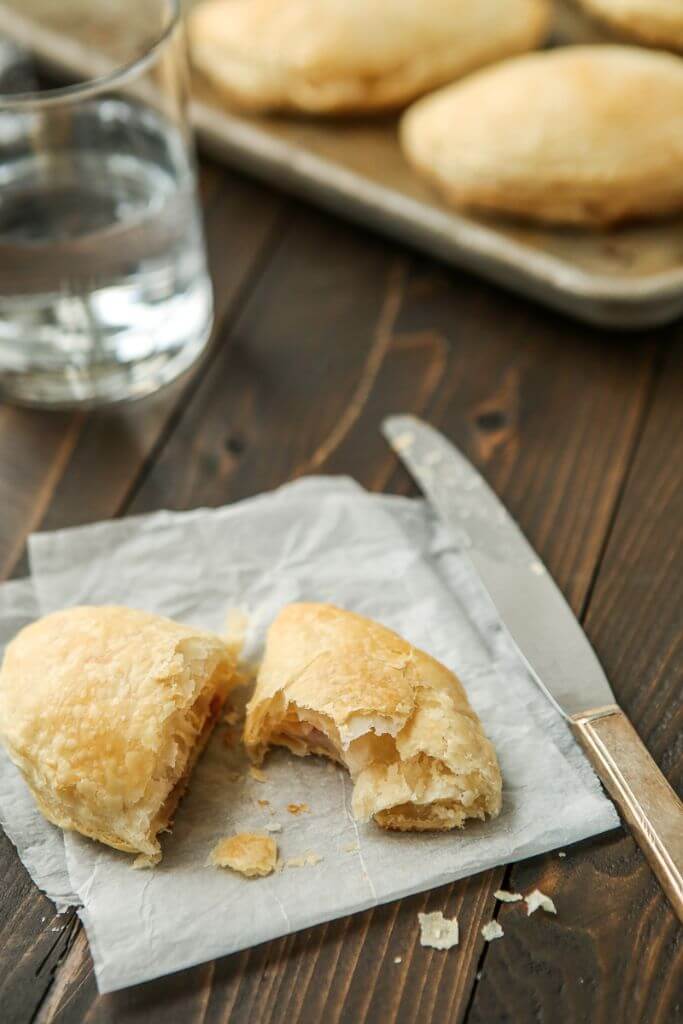 Delicious Argentine inspired ham and cheese empanadas that are cheesy and delicious! 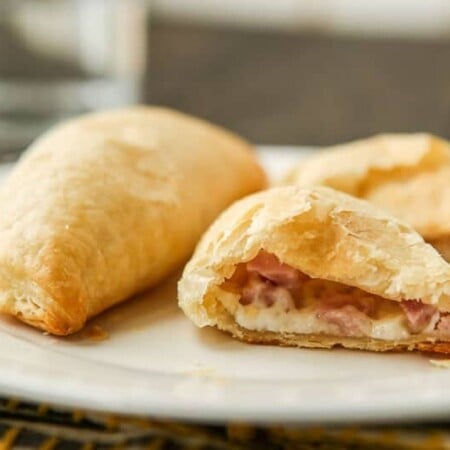 Author: Britni Vigil
Course:Breakfast
Cuisine:Mediterranean
Did You Make This?Tag @PlayPartyPlan on Facebook and Instagram and hashtag it #playpartyplan so I can see your creations! 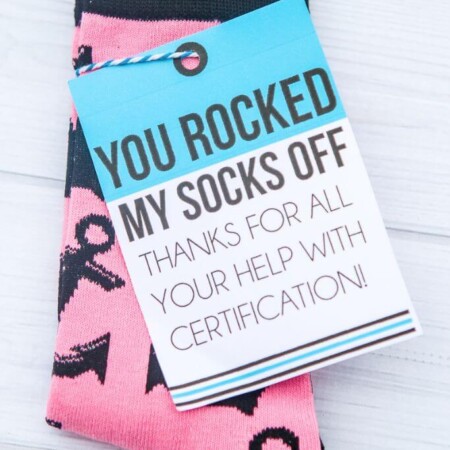 Previous Post
Rocked My Socks Off Thank You Tags 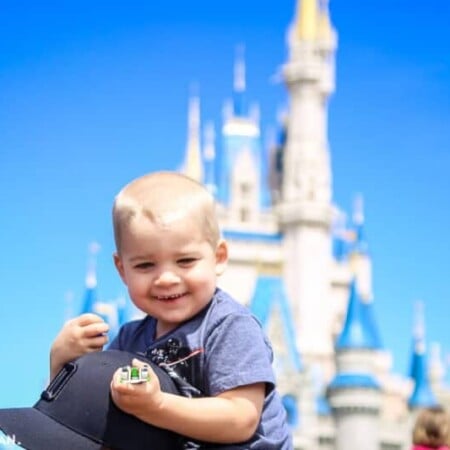 Next Post
Tips for Visiting Walt Disney World in One Day