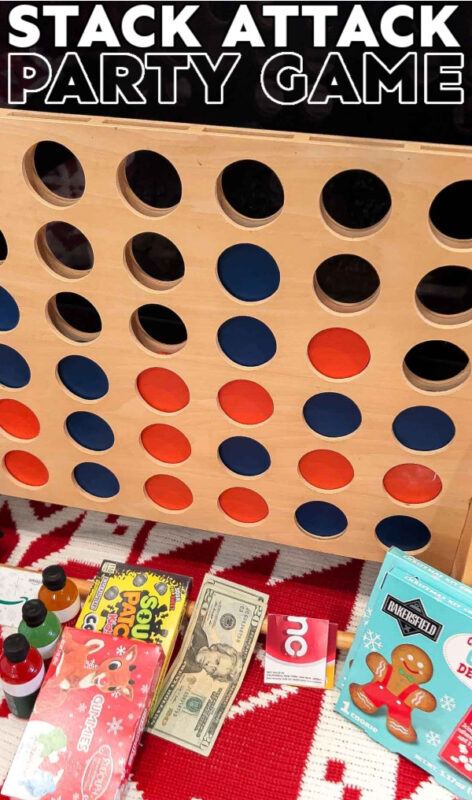 This fun stack attack party game is a fun way to add a friendly little competition to your next party as teams compete to try and be the first one to finish a stack to win a prize! It’s the perfect game for a Christmas party, birthday party, or really any time you want a reason to play games!

It’s been a long time since I’ve been so excited about sharing a new game with you. I absolutely loved the nutcracker games we did for our Christmas party this year, but this stack attack game is one that I just think it so much fun.

And it works for people who can’t get up and do the crazy things we did in our nutcracker games (or candy cane olympics for that matter).

We played this game for our Christmas party, but there’s nothing really Christmasy about it other than we used Christmas themed prizes (like you might win in Christmas bingo) and Christmas songs.

Change it out for any other holiday theme and it works for any holiday. Or change it out and use prizes and questions related to a birthday person and this makes one of the best birthday party games.

Okay sorry enough rambling, let’s talk about this game because I know you’re dying to know!

What is Stack Attack

If you’ve read my blog for long at all, you know I like to come up with random names of new games we create. Instead of giving things basic names like a dice gift exchange, we call them things like Switch, Steal, and Unwrap.

Well this one is called stack attack because you’re trying to stack connect four pieces to fill a connect four column while also competing against other players – stacking and attacking!

In this game, a group splits into two teams and competes to answer questions (or name songs) first. Whichever team gets it first gets to add a token to a connect four game to try and win the prizes that correspond with that stack.

The team hat puts the final piece into the stack to finish it off is the one who wins the prize so it’s also a risk and reward type game. You have to build up the stacks but by doing so, you’re also building them up for opposing teams to try and snag last minute at the end of the game!

It’s possible to get every question but one right and still lose the prize if your timing is off!

There are a couple of different things you need to setup for this game, all of them simple.

If you don’t have a connect four game of any sort, you can also just play this by drawing out a board that looks like a connect four board (seven circles across, six circles down). Then just have people mark off the circles with different colors to “claim” their places in the column.

How to Play Stack Attack

Once those three things are done and everyone understands the rules, it’s time to play!

There are three different types of “questions” you can ask for people to win the chance to add a coin to the connect four game.

You could also do a combination of all three if you want, just make sure people know before you say or play it what it’s going to be. It’s hard to go from answering a trivia question to naming a song without a heads up.

The first team to blurt out the answer wins a coin for their team.

Whichever team won the question now gets to choose which column they want to put their won coin in. Once it’s placed, it cannot be moved.

The only thing that matters about the placement of coins is that the last coin placed in the column wins the prize for that column (regardless of how many coins they have in the column). It’s only about who finishes the column, not who starts or stacks up the most pieces.

Once the team has placed their coin, they sit back down and you ask another question.

Continue this process of asking questions and the winning team placing a coin in the column until someone places a coin that finishes a column.

The last team to put a coin in a column that completes the column wins the prize associated with that column.

This is where it gets really fun because it’s not only an answering questions and winning prizes game, it’s also a strategy game because you have to make strategic choices about where to put your coins so you can win prizes but keep the other team from snagging them first!

At some point you’ll likely have to build up the columns but there’s always a risk that someone else answers the question before your team and snags that final spot in a column!

So if I finished a column that had cash below the column, my team would win that cash if I put down the final coin.

I mentioned it before but the team that wins the prize for that column will split the prize, so I recommend making things easy to share. We were playing in teams of two (making it easy to share), so I just put down two $20 for the top prize of the night so each of our players won $20!

How Does the Game End

Once a team has collected their prize, they go and sit back down and it’s time to move onto the next question. Keep playing like this answering questions, dropping coins, and winning prizes until all of the prizes have been claimed, and the game is over!

If teams want to trade prizes or swap it out, they’re welcome to, but there’s no trading or swapping required! What each team won is theirs to keep!

If you’d rather teams only win one prize each, have a team be out as soon as they finish a column and a win a prize. They can then watch the game unfold but can no longer participate to win another prize. This works best if you have a larger group and want to make sure that everyone wins a prize of some sort.

I mean there are definitely the people who there who are always competitive, but you want to hook everyone – not just the ultra competitive ones!

I recommend having a mix of prizes including some that are ones everyone would LOVE to win and then the just okay ones. Think cash and gift cards as the big winners and then things like candy or a lot less cash ($20 vs $1) for the other prizes.

If you don’t want to do monetary items like that, you can also do any sort of universal prizes that most people would like such as:

How many people should be on a team?

You can divide your group into as many teams as you want as long as there are at least two teams and not more than seven teams (if you’re playing the everyone wins a prize version). If you have a large group, split into teams of 3-4 people each so it’s easier to provide prizes to split.

Do the colors of the coins matter?

The colors don’t matter at all. Anyone can put any color coin into the connect four board since the only one that matters is the final coin placed in a column. You also want to make sure all coins are available to everyone so that one team doesn’t run out of coin options if they run the table on the questions (i.e., answer them all).

Do you have to connect four to win?

This game has nothing to do with connect four other than using a connect four board to hold the coins (and that’s not even necessary – see the next question). You are not trying connect any coins in a row column, you are just trying to be the team who puts the last coin a column.

What if I don’t have a connect four game?

Draw out a connect four grid on a poster board or piece of paper (7 across and 6 down) and just have people cross off the circles or squares as they answer questions correctly. Connect four is just a game that a lot of people have, so I thought it was fun to use the actual board!

If you’re looking for more fun party games, these are some of our favorites!

If you want to do this for Christmas like I did, I’ve put together a PDF document that has a combination of Christmas trivia questions, Christmas name that tune song list (use it to decided what songs to play), and Christmas movie quotes from my Christmas movie bingo game.

Pick and choose what you want to use from the document to play your game! Or you can create your own… or just use a random Christmas playlist from your favorite streaming service if you want to go the name that tune route! 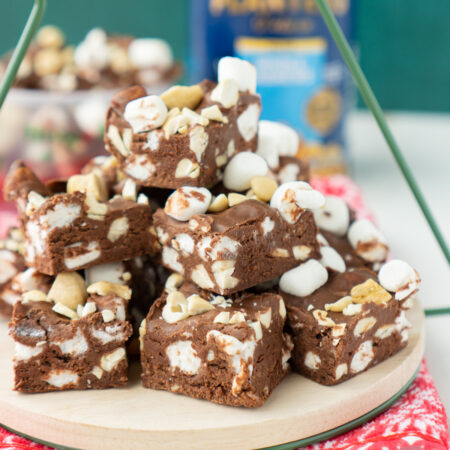 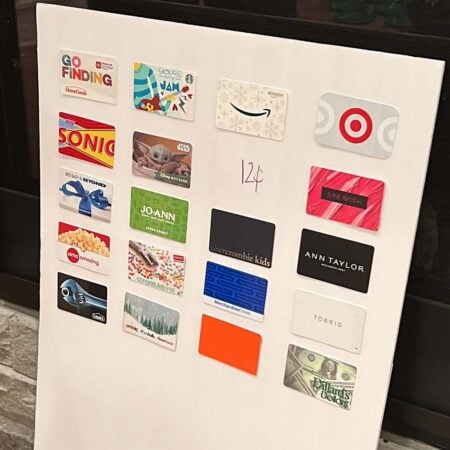