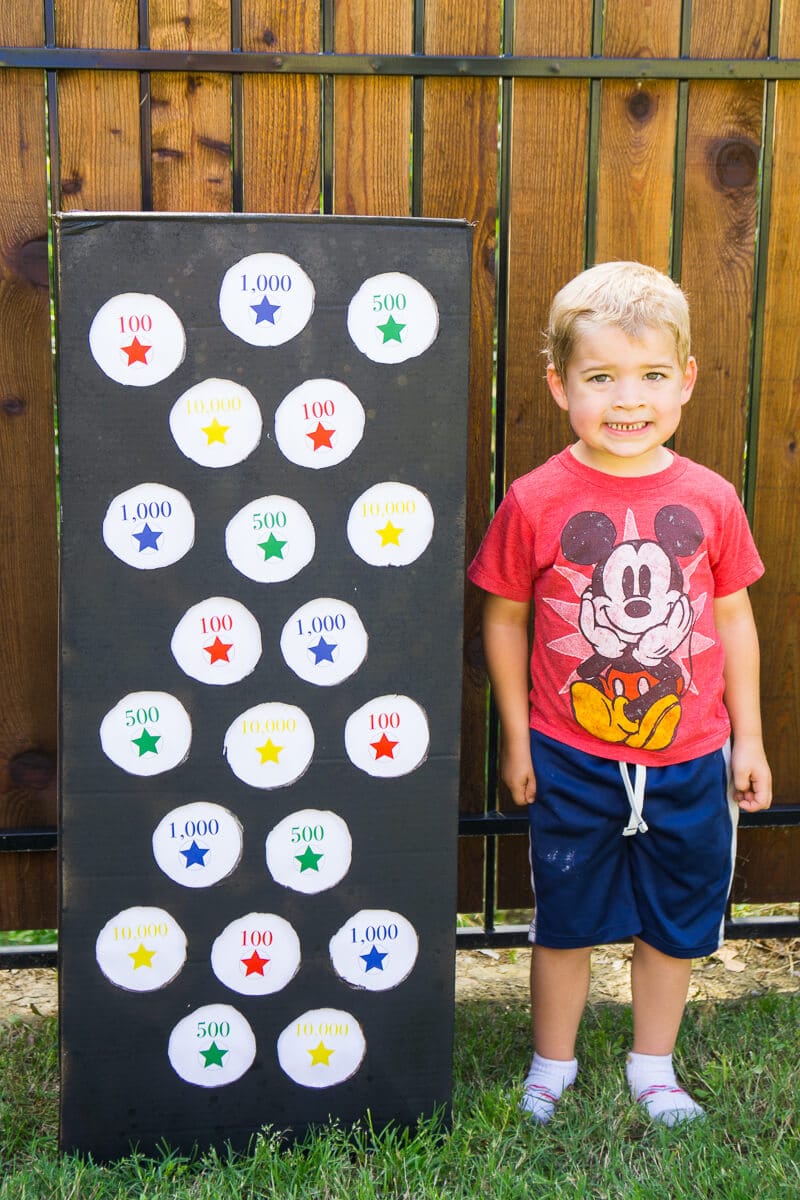 For my son’s Walt Disney World party this year, I recreated some of our favorite experiences and rides from Disney World for the party. Like millions of other people, our two favorite things at Hollywood Studios are the Jedi Training Academy experience and the Toy Story Midway Mania ride. Since we obviously couldn’t do virtual carnival games at home, I decided to recreate four of the five Toy Story Mania games at home instead. 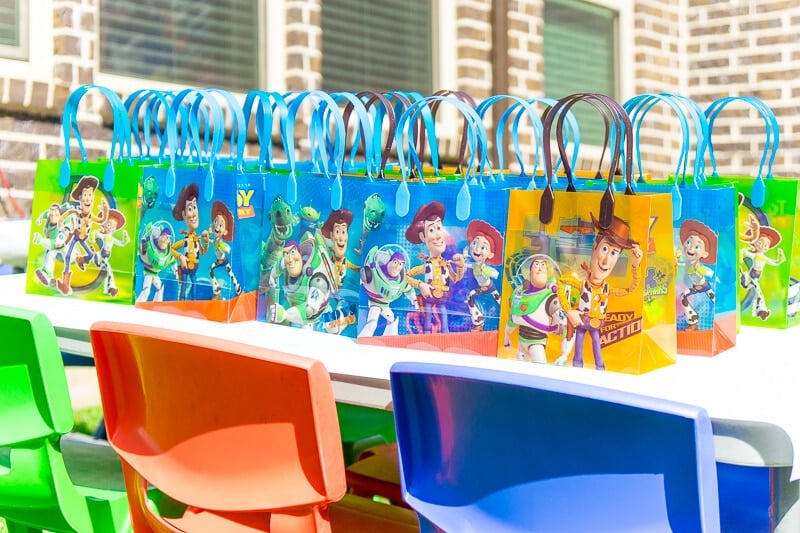 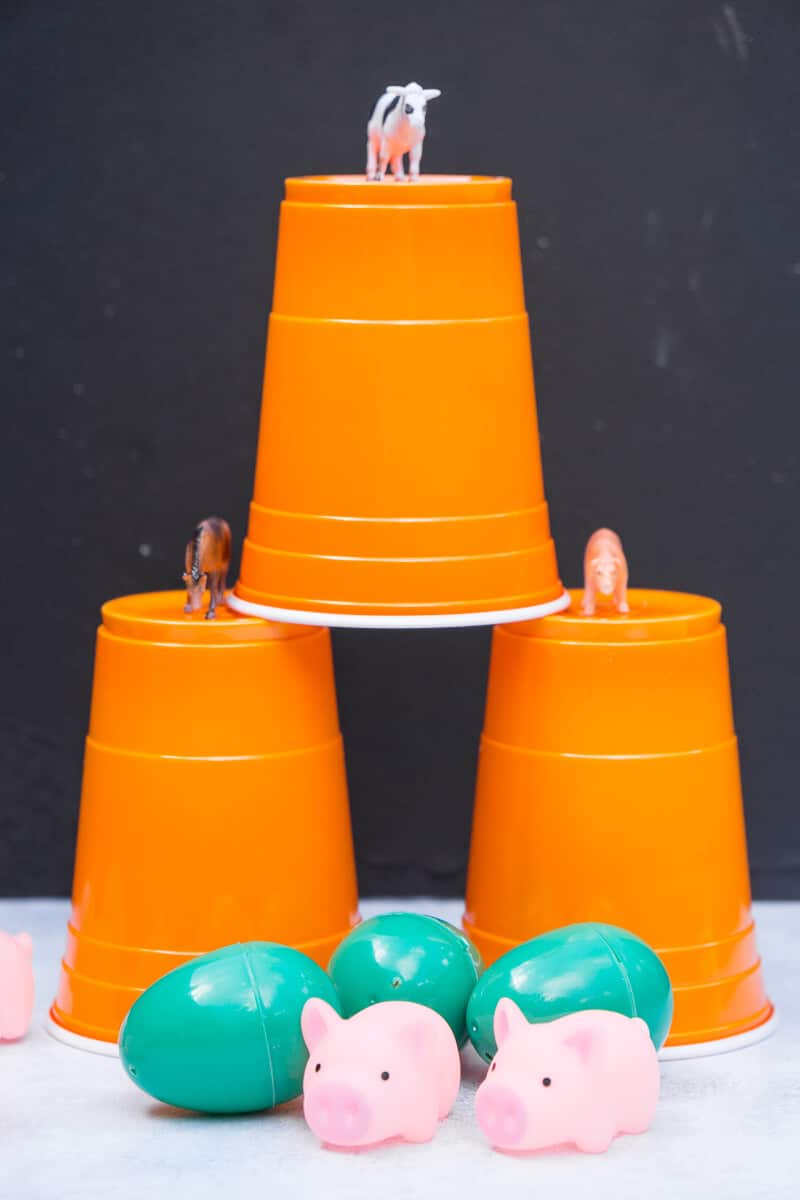 In the actual Toy Story Mania ride, this game is called “Green Army Men Shoot Camp,” and it’s filled with green army men parachuting around in the background while you’re trying to toss baseballs to break plates. Since I didn’t want to buy that many plates just to break, I changed it up and made a punch box similar to the one I used for my gratitude game last year instead. And I incorporated the plates by making the punch circles match the designs on the plate in the actual ride! 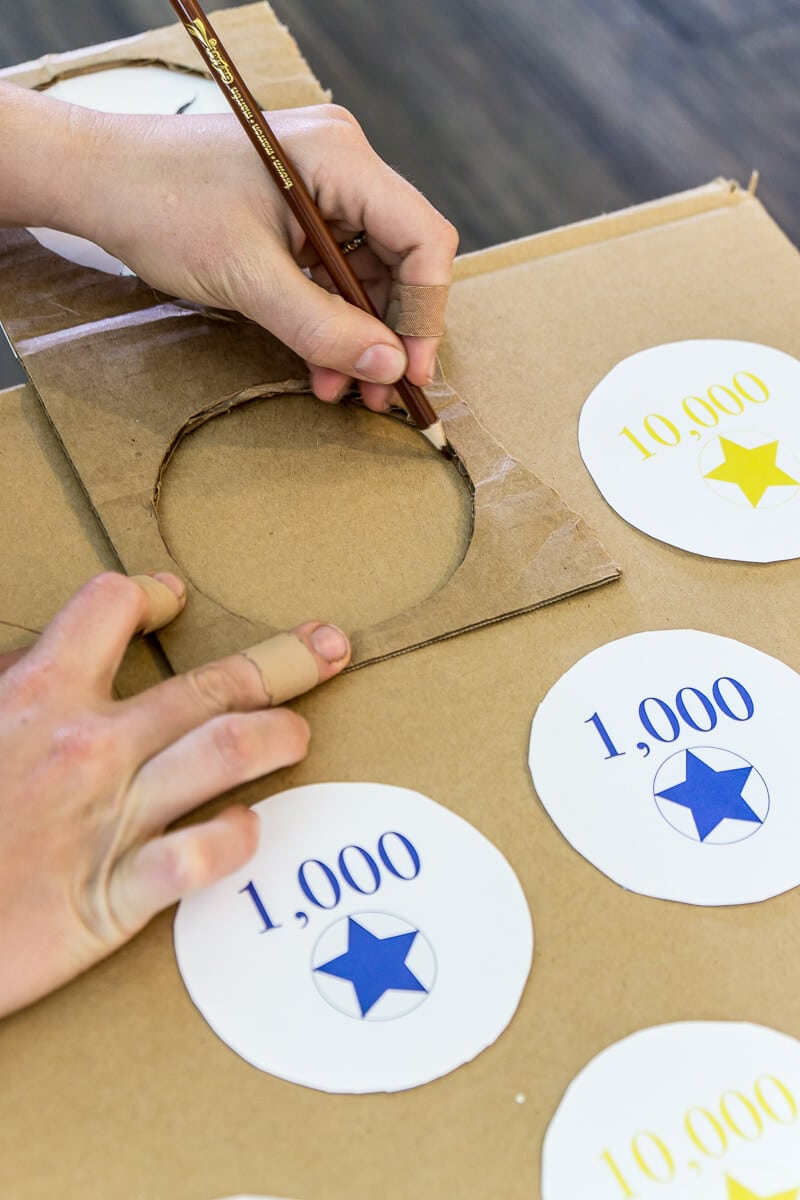 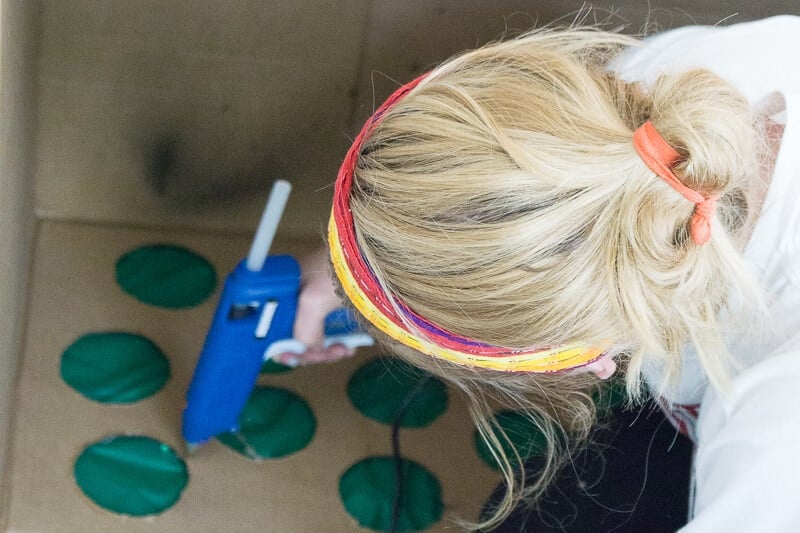 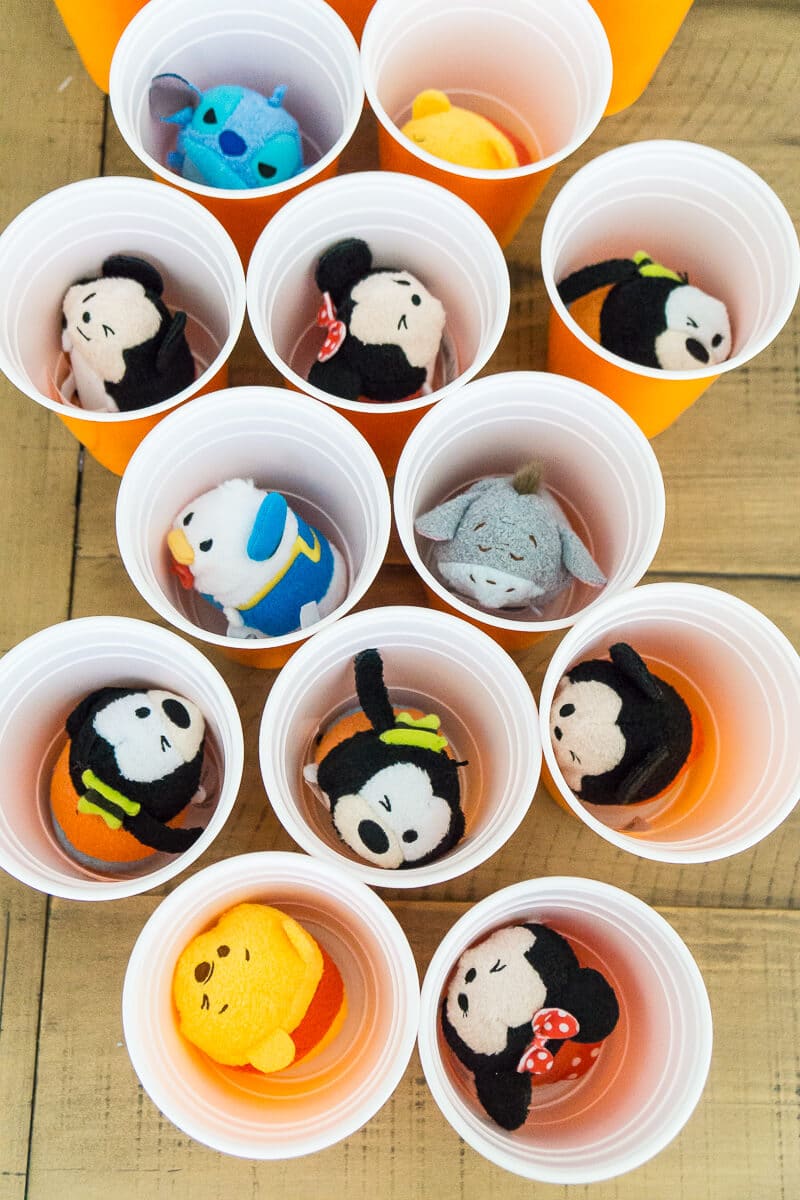 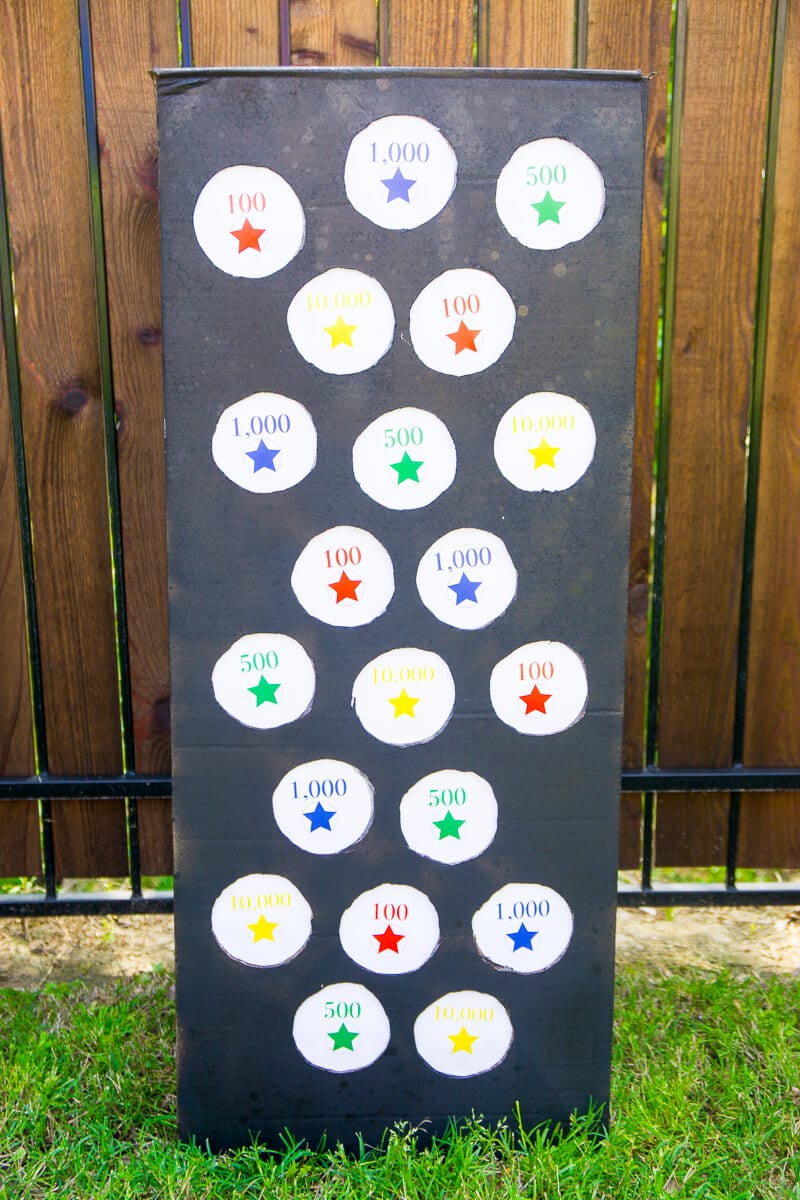 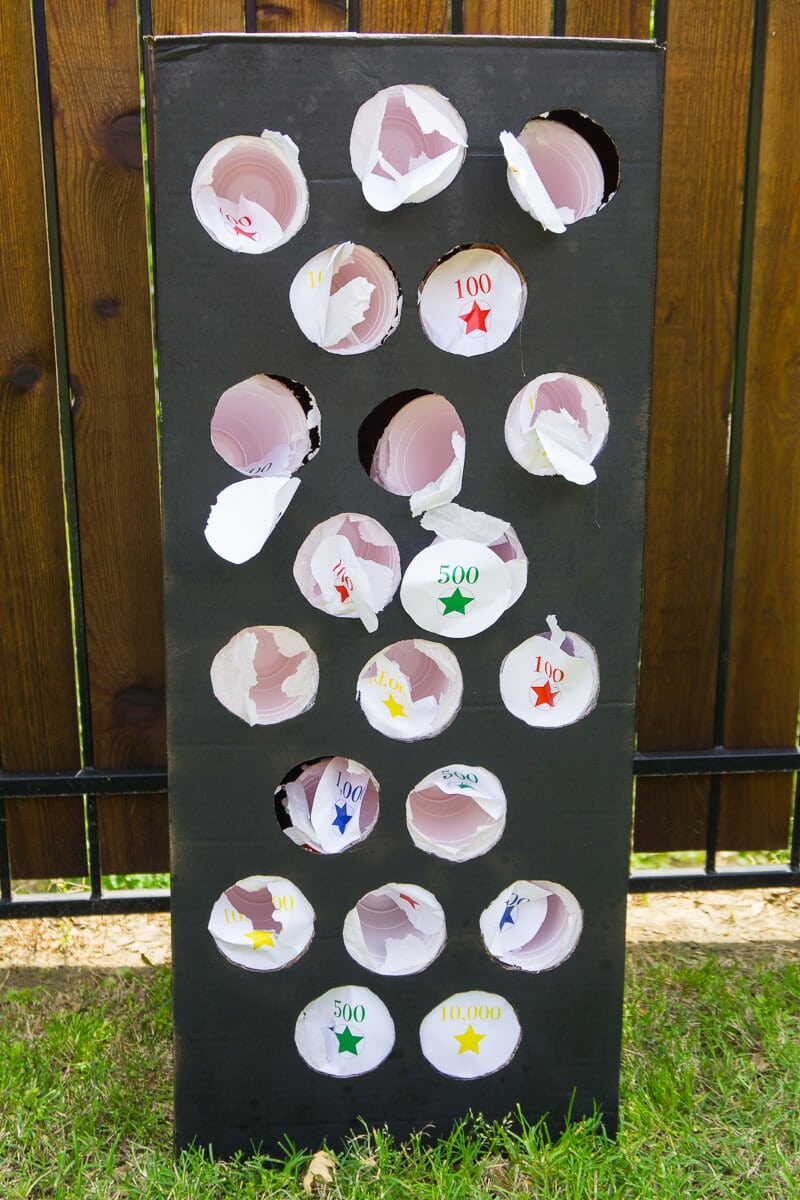 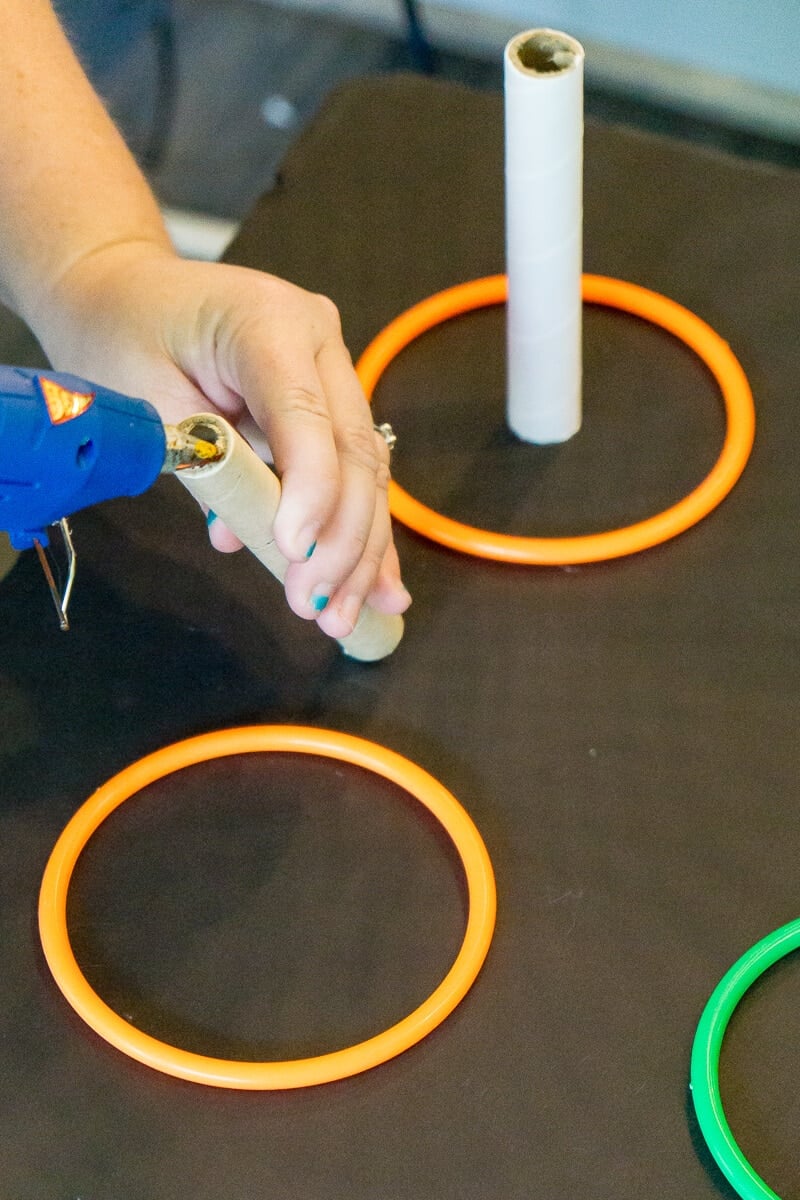 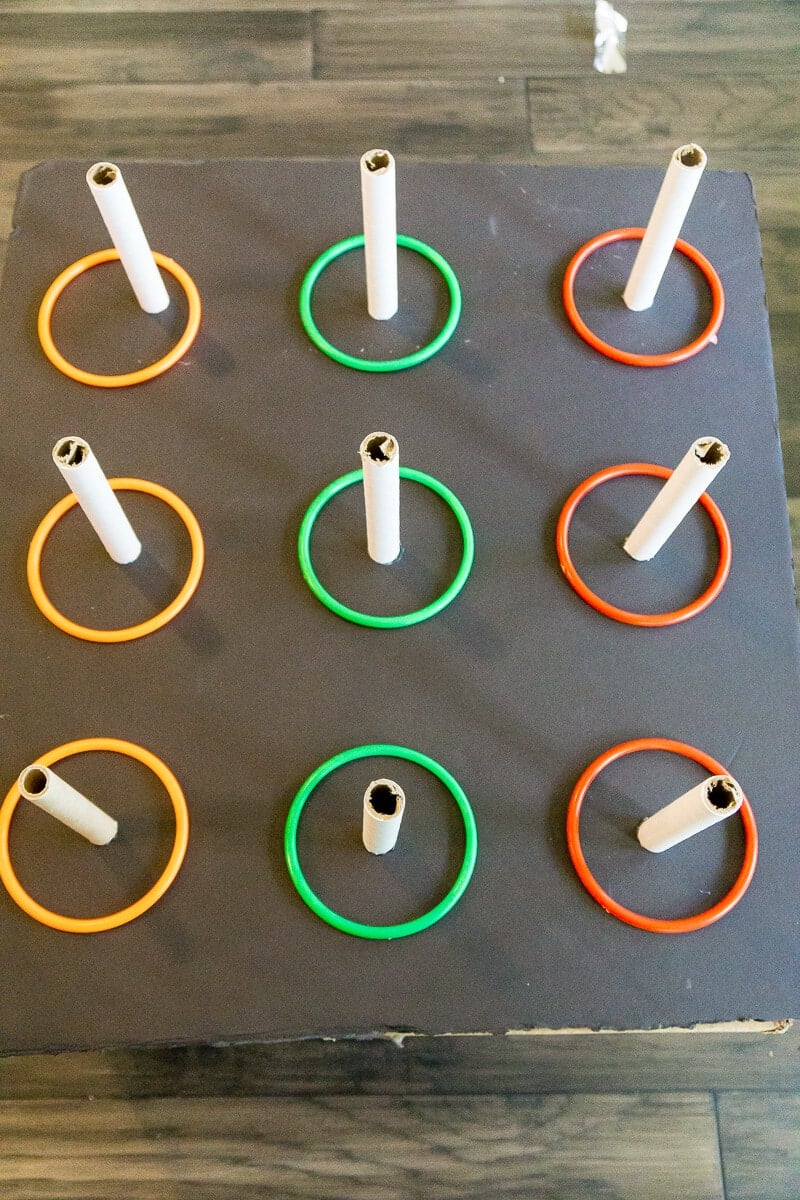 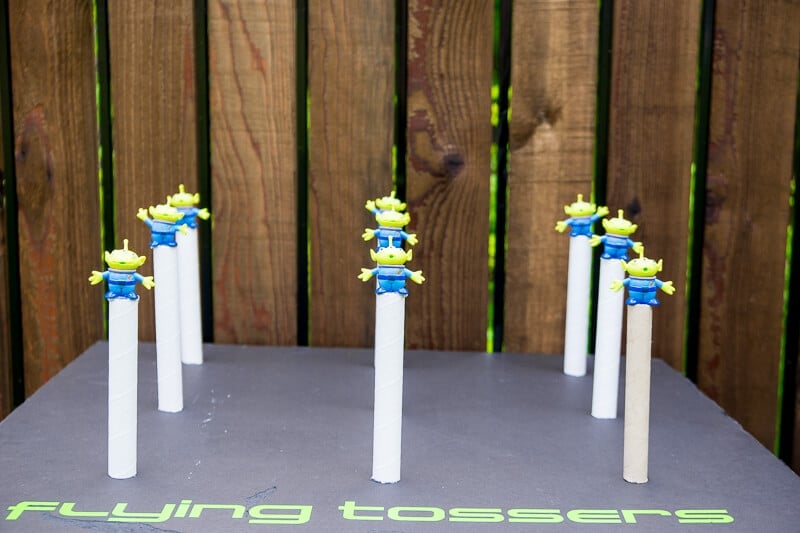 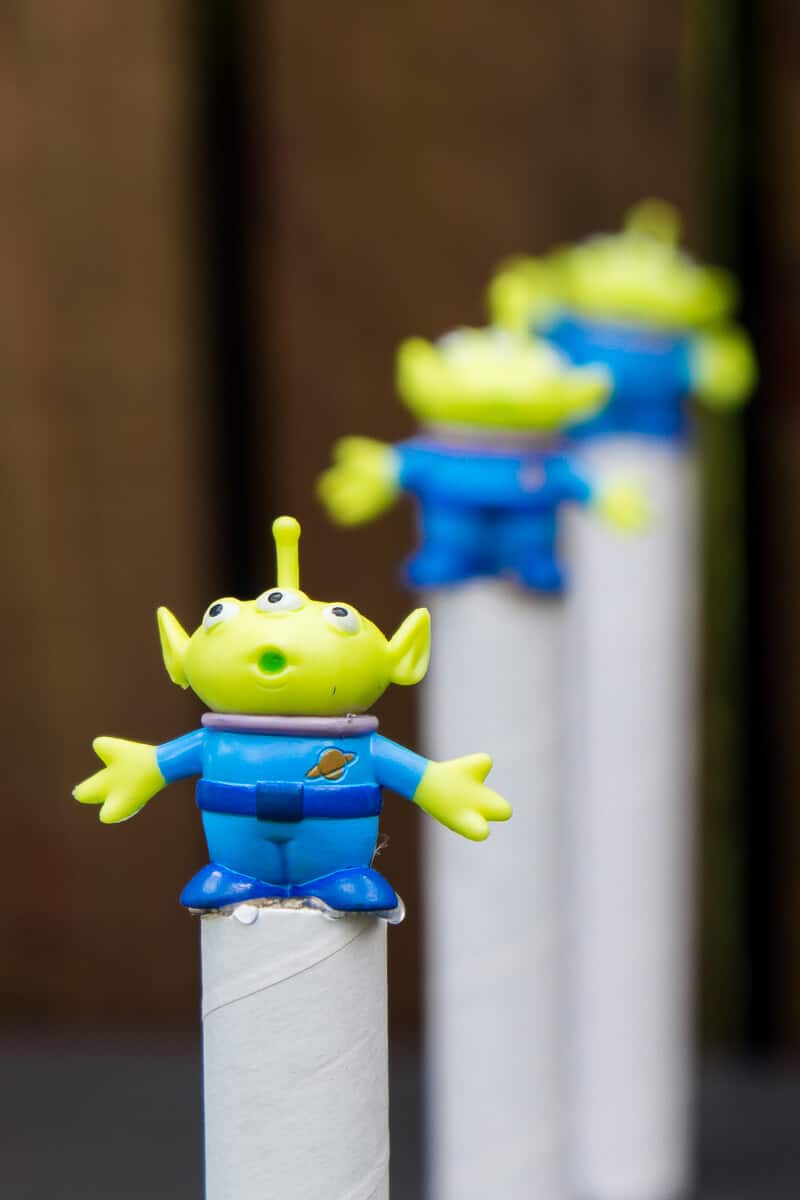 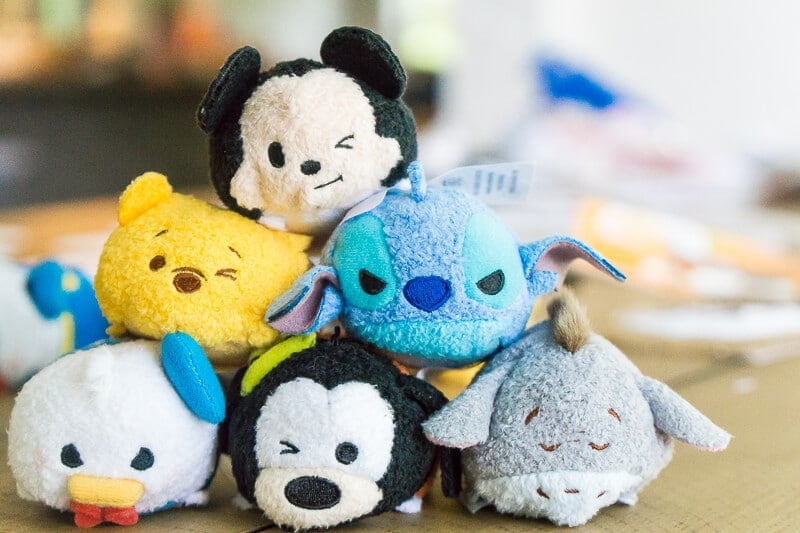 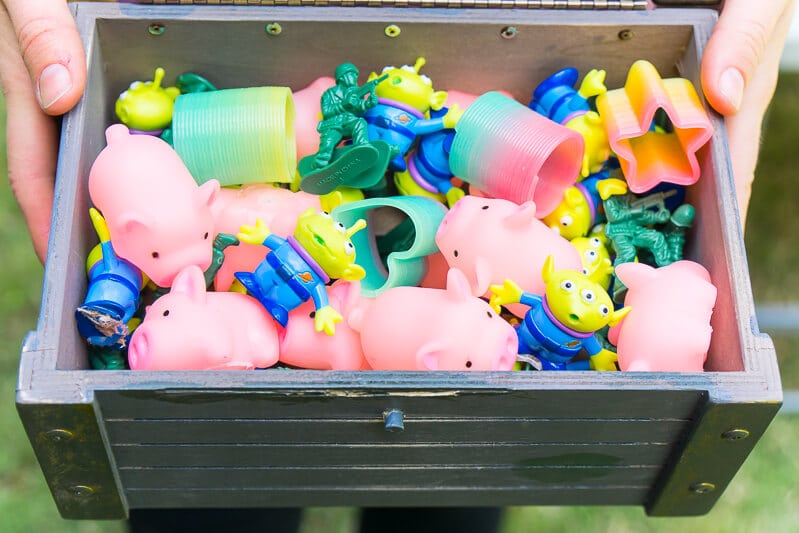