I’m kind of a Disney fanatic. I prefer the old school movies like Little Mermaid and Lion King, but I also love the newer movies like FROZEN of course. And don’t get me started on how many episodes of Dog with a Blog and Austin and Ally I’ve seen in the past year. For some reason I don’t get as lonely at home if the TV is on, so we end up watching a lot of Disney Channel because it’s one of the few channels I feel comfortable with K watching. Luckily for me, my SNAP secret sister was also a self-proclaimed Disney addict. As one of her secret sister gifts I decided to make her a new Disney board game that she could play with her cute kids when she got home, since I knew they would be missing her like crazy. I designed the game for anyone to be able to play, not just my secret sister, so here you go – a free printable Disney board game complete with printable trivia cards. 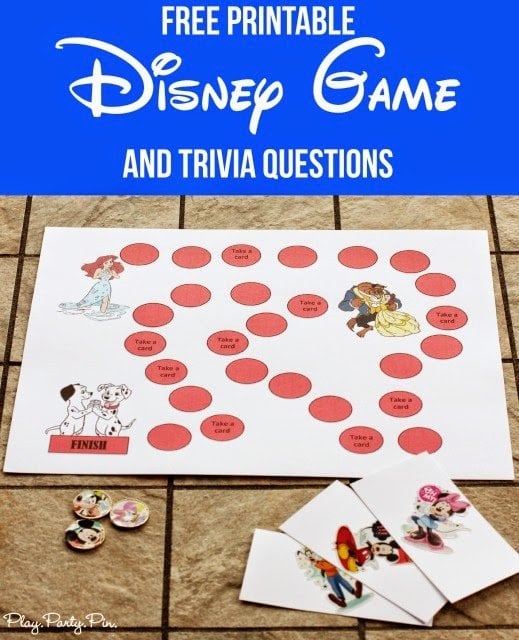 The game is simple enough, but don’t worry, I also created a set of instructions in case you get stuck. Everyone chooses a character. I just stuck stickers to coins (because they fit well on the game pieces), but you could easily use game pieces from any other board game as well. You’ll want to borrow a die from another board game (or just purchase one to go with this game). 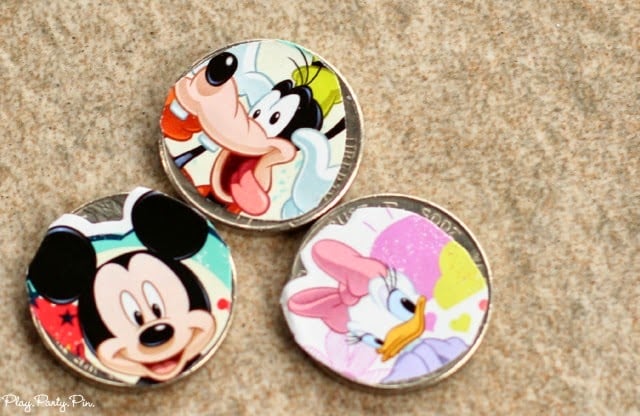 Once you’ve determined who will go first, you roll the die and if you land on a space that says, “Take a card,” you take a card and follow the instructions on the card. I created three different types of trivia cards – straight Disney trivia (e.g., who was Tarzan’s girlfriend), identifying Disney characters, and singing the next line in a Disney song. If any of the cards are too difficult for your family, feel free to just use one set and add in the others when you’re ready. Continue playing until someone reaches the finish line. 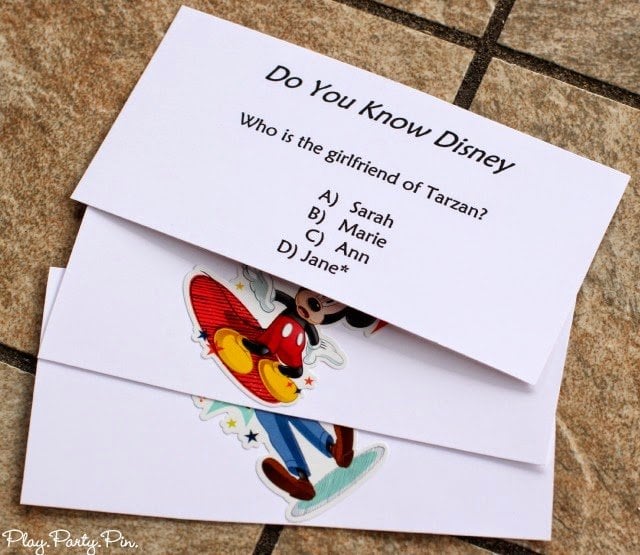 To create the board, all you have to do is print out the game board pages below. I recommend printing them on white cardstock and then laminating them. Once they’re laminated, tape the edges of the board together where the path lines up so that it forms a square game board. Like any other game board, once it’s all taped together, you can fold it up nicely. One thing you’ll notice as you’re printing out the game board is that there are no pictures on the downloadable version. When I went to get mine printed, I actually was told I couldn’t print it because it had copyrighted images on it (downloaded from Disney.com), and they weren’t allowed to print them even for personal use. So that being said, print out the game board and add some of your own Disney stickers or even let the kids draw pictures if you want before you laminate them. 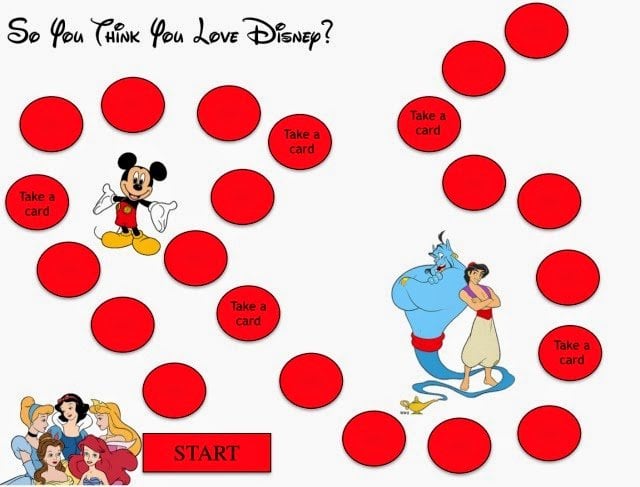 And that’s it! Here are all of the downloadable materials for the game, but before you go download them, see if you can answer this trivia question – Who Wrote the Song “I Will Go the Distance,” from Hercules? Leave the answer in the comments. Good luck! 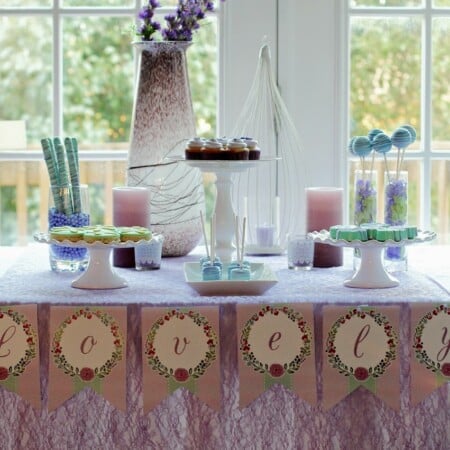 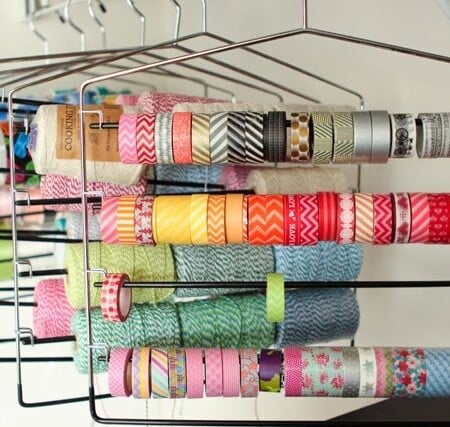