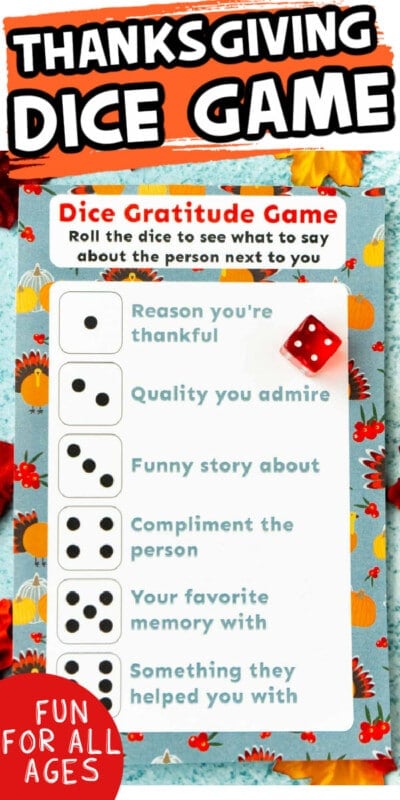 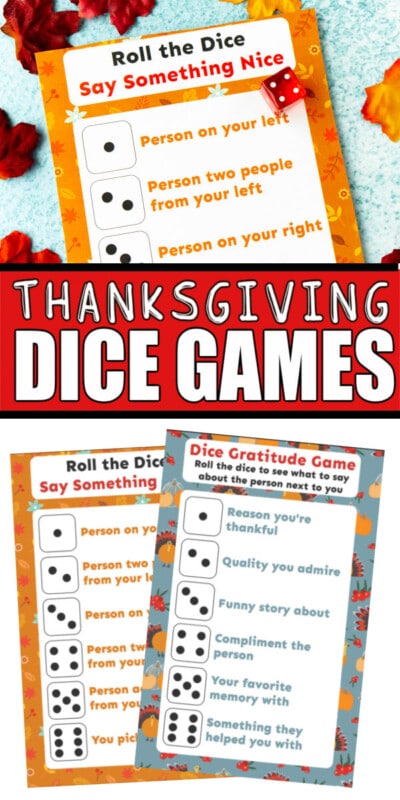 If you’ve read my blog before, you know I like a good dice game. And that was before my dice gift exchange game and birthday party games with dice went completely bonkers.

There’s just something about rolling dice and the element of chance that people seem to love. Maybe it’s because you’re all on a level playing field when it’s up to the dice.

The entire family will enjoy this new Thanksgiving dinner game I came up with that combines rolling dice with giving compliments to others. It’s super easy to play and encourages gratitude of others!

It’s definitely one of my new favorite Thanksgiving games and perfect to play after you finish all the stuffing and mashed potatoes!

This game is super simple and won’t need many supplies. Really all you’ll need are:

First thing, you need to choose which of the two versions of the game you want to play. Both games are played in a similar fashion, they’re just a little different in what each number on the die means.

Then have everyone sit in a circle, around a dinner table, or some other way that forms a shape of some sort. You want to make sure people have someone on their right, left, and across (generally) from them.

Roll the Dice + Say Something Nice

For the first of the two games, the idea is that you roll the die on your turn and say something nice about whoever the die tells you to.

Here’s how it works.

Once they’ve said their compliment, they pass the die to the left and it’s that person’s turn.

Keep going around the circle until everyone has rolled the die and had a chance to play. Do another round if you feel like it or move onto one of the other Thanksgiving activities.

Before anyone rolls, determine who people will be complimenting. You can either do the person on the right, left, across, or a person of their choice (although I recommend just choosing right, left, or across so no one accidentally gets their feelings hurts by being chosen last).

Once you’ve made a decision, give someone the die. They roll and based on what they roll, tell something about the person on their left (or whatever direction you chose).

That person would pass the die once they’re done and the next person would roll and play. Keep going around the circle until everyone has played once.

Then decide if you want to play another round and switch to the right (or across) so more people get fun compliments.

Want to combine the two games to make it even more fun? Simply use two die – ideally two different colored die. One die controls who you compliment and one die controls what you say about them.

Laminate the game card and store it in a Thanksgiving box so you can pull it out again and again each year!

Create a time limit for stories if you’re worried about running out of time. Otherwise, this is a great time to let people talk about one another!

Set the tone at the beginning by making sure people know everything should be positive, including stories about and memories with people. While funny stories are okay, you don’t want people saying anything that’s totally humiliating or will make things awkward for anyone at the table.

Do we have to play during Thanksgiving dinner game?

No, this game would just be a fun Thanksgiving dinner game but you can totally play anytime – Thanksgiving or not!

What if people don’t know each other?

If people don’t know each other, I recommend playing with just the roll the dice and say something nice version of the game. That way people can say anything nice (beautiful eyes, great fashion sense, etc.) even if they don’t know the person well. The other game tends to be more for family and friends who are more familiar with each other.

How do I get the downloads?

Fill out the form at the bottom of this post or you can get a copy of the games in my shop here.

How many people can play?

As many as you want, just know that the more people means the longer it’ll take to get around the circle. If you have a lot of people playing, just play one round.

Need more games to play around the Thanksgiving dinner table or after your big feast? Try one of these!

If you do not want to fill out the form, you can get a copy in my shop here.

The Thanksgiving dice game PDF will include: 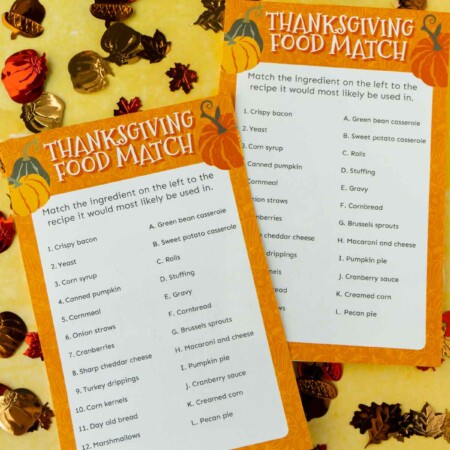 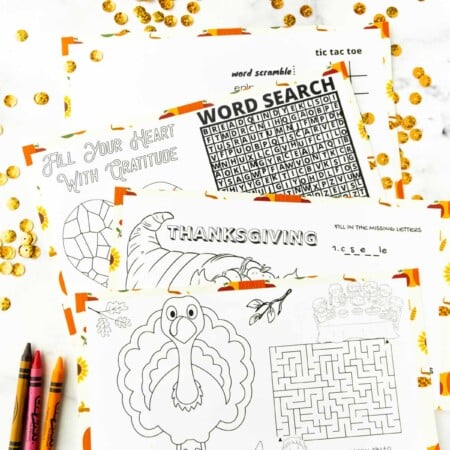