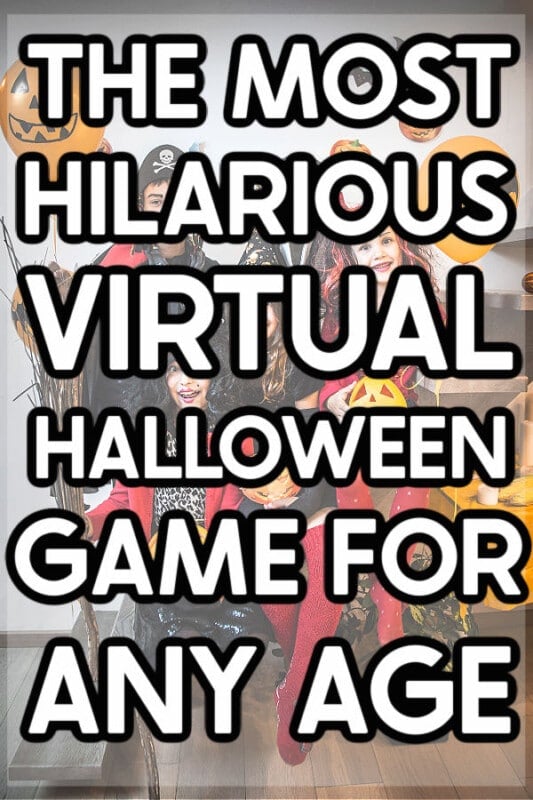 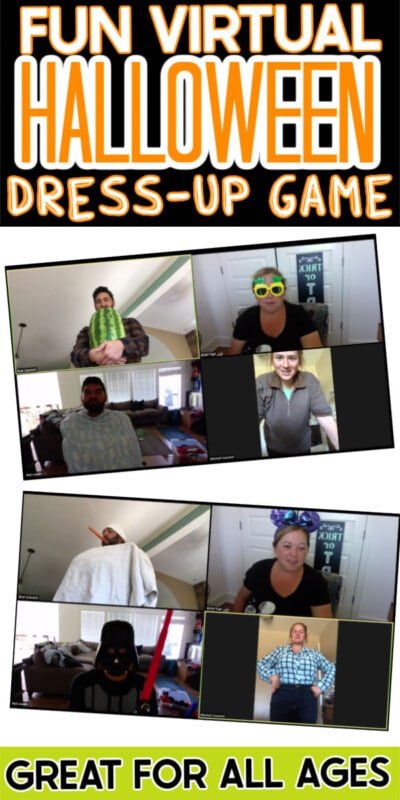 This virtual Halloween dress up game is a fun and hilarious way to celebrate Halloween this year with family and friends! Players have just minutes to dress up like Halloween characters with items from around their house!

One of the most fun parts of Halloween is dressing up in costume. Whether it be for a school costume parade, trick or treating, or a costume party – Halloween just isn’t Halloween without costumes!

This Halloween dress up game is a fun way to incorporate the spirit of Halloween costumes in one of the most fun and hilarious Halloween games you’ll play this year! It’s kind of like a Halloween scavenger hunt but for Halloween characters and costumes!

I have included a way to play this both virtually (if you want to celebrate with people from afar) as well as in-person as well if you’re looking for Halloween party ideas in person this year!

If you’re playing in person, you’ll need to bring a bucket of random dress up clothes and props, a 5-minute timer, and a list of the characters.

If you’re playing virtually, you really don’t need anything other than the list of dress-up characters you can get in this post, a device of some sort for each player if they’re participating via Zoom, Google hangout, or something similar, and a 5-minute timer.

The other supplies come in the form of anything random people can find in their house to create their costumes!

Oh and prizes – don’t forget prizes for the winner! You want to reward people for the hilarious antics and participating in this costume contest of sorts!

I always recommend a gift card (an orange or black one!) since you can send those virtually but you could also pick up some of these Halloween prizes to send to the winner, or drop off at their house if they’re close.

How to Play In Person

The main objective of the game is for people to dress up as certain characters the best they can, within a time limit. They can use any of the items in the bucket of dress-up clothes and props you supply.

That’s the basic idea – here are all the details!

Have everyone gather together in a room and place the items from the dress-up bucket in various locations throughout the room, so they’re not all just in one place.

Once everything is setup, explain the rules of the game.

You as the host will be giving out a character or theme to the group and they will then have five minutes to come up with the best dress-up costume that represents that theme and how it off on on their screen.

The goal is for people to be creative and use whatever they can think of from the props in the room. Outfit and accessories are the most important but make-up can definitely give people a winning edge – if you want to include make-up!

How to Play Virtually

Setup a virtual meeting of some sort and make sure everyone has the invite link and login info.

Have everyone login at the same time and get to a place where everyone can see everyone else – seeing other people’s costumes is the fun part!

Once everyone is setup, explain the rules of the game.

You as the host will be giving out a character or theme to the group and they will then have five minutes to come up with the best dress-up costume that represents that theme and how it off on on their screen.

The goal is for people to be creative and use whatever they can think of in their closet or house. Outfit and accessories are the most important but make-up can definitely give people a winning edge.

At the end of the five minutes, all players should come back and show off their costume either in person or on screen. The host, you, chooses a winner of each round and they earn a point.

I recommend playing six rounds, about 40-45 minutes, but I’ve included twenty different themes and characters below to choose from. You can also choose your own if you don’t like any of mine!

The player with the most points at the end of the game wins the prize we talked about earlier. If you have a tie, do one last tiebreaker round between just the two players in a tie.

You could also play this in groups and just have a group dress up one player per round.

I’ve included just a handful of Halloween themes and characters you can use. Feel free to get creative and choose other themes that best fit your audience!

This game works great for couples and families to play together. Here are a few theme ideas for larger groups playing together! You could also use any of these for individuals and use any of the individual character themes above for groups as well.

When you’re done playing this Halloween dress up game, try one of these other Halloween games next!

Don’t tell people anything ahead of time so they don’t come up with ideas or get things prepped ahead of time.

Award creativity and effort. As a judge, it’s your job to pick the “best” of costume award for each round. Give bonus points (in your head) for being creative compared to just going and grabbing a Star Wars mask out of their kids closet.

Add bonus points each round for whoever’s costume gets the most votes from players playing. This will help keep people engaged and trying.

Shorten the time limit down to three minutes if you think five minutes will be too long. Or if you do the first round and everyone is done way faster than five minutes.

Put the timer somewhere people can see it so they know how much longer they have to go. Even better if you can somehow put an actual digital countdown timer up on the screen.

Let people explain their costume if necessary before making your judgement. Sometimes things are super creative but need to be explained, especially on screen.

What ages can play this game?

This game works for any age. It’s even fun if you want to play with an entire family that works together to create a costume. I’ve included group themes just for that purpose!

Are any items off limits for costumes?

Keep it family-friendly but other than that, anything should be fair game for costumes.

What if there’s a tie?

Have one backup theme or character to use as a tiebreaker costume round. The only difference is that only the people in a tie dress up for that round (unless others want to and then they’re welcome to, they just can’t win).

What if someone takes too long?

Players have to be on screen within the five minutes or they are disqualified from the round. Or if you want to be nice about it, give them a 10 second grace period from when you say time’s up to get on screen. 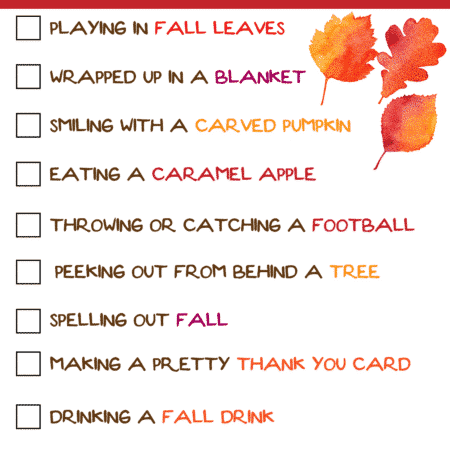 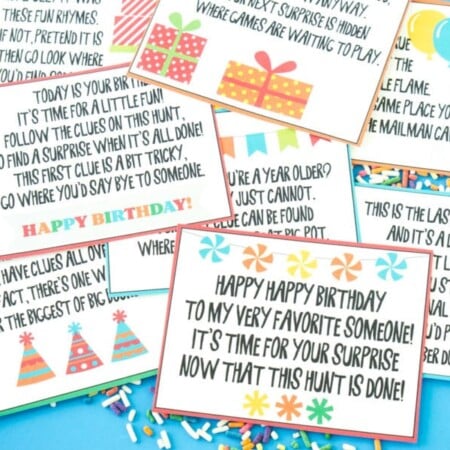