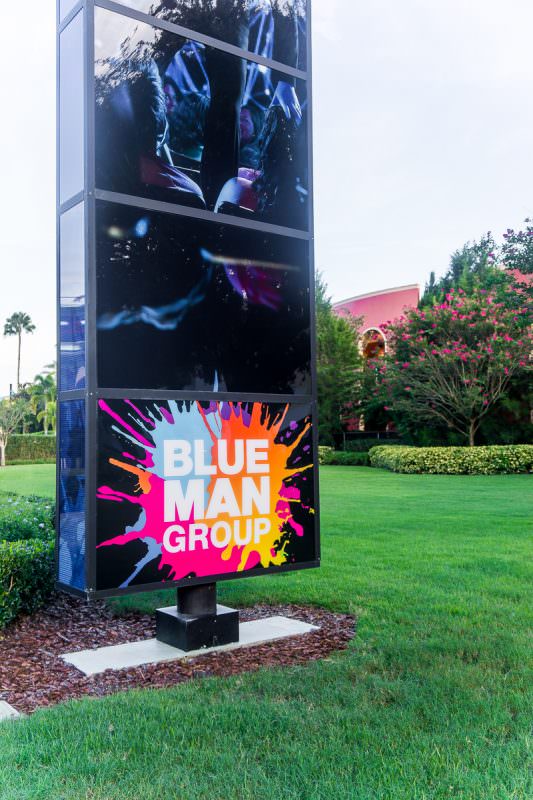 My family goes to Orlando often. I think in the past 12 months we’ve been there at least eight times. And every time we head straight for the theme parks. On our last visit on August, we spent a few days at Universal Studios and during our down time explored a few more fun things Orlando has to offer.

5 Things to Do in Orlando Outside of Theme Parks

Like I mentioned before, Orlando isn’t just about theme parks. Honestly, some of my favorite moments from our recent family trip to Universal Studios were the things on this list – not the theme parks! Next time you’re headed to Orlando, get away from the theme parks and hit these things to do in Orlando instead! There’s plenty of excitement to be had from escape games to great food!

One of my biggest recommendations for visiting Orlando is to get a car. There is a lot to do in the area and you’re going to need a car to get around or spend just as much money on other transportation. We even went for a spin to try out one of my favorite Daytona Beach restaurants while we were there! 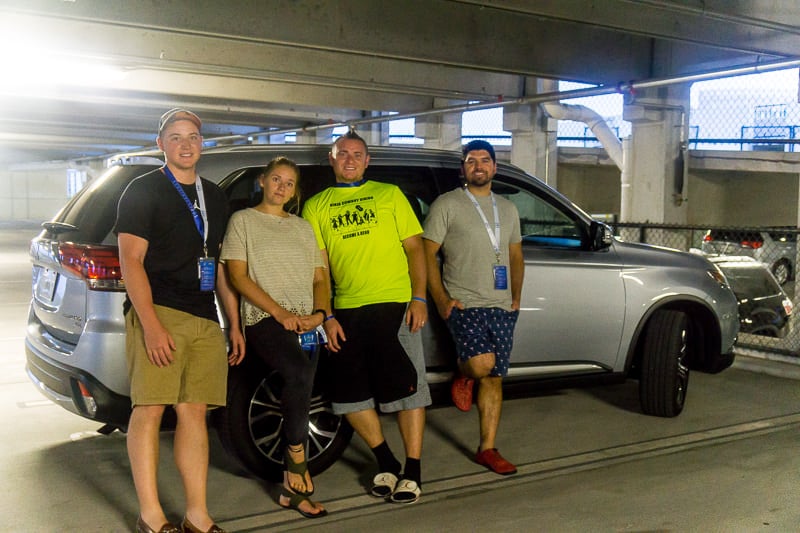 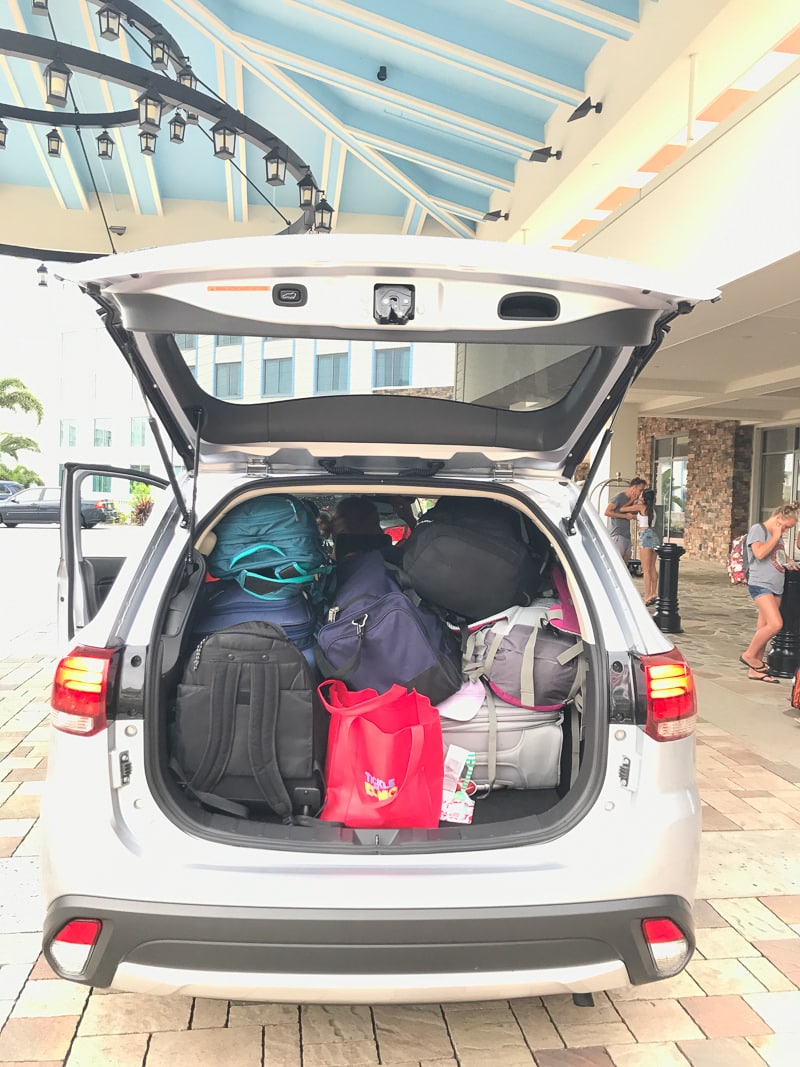 I’m a little bit obsessed with escape games these days and honestly that obsession stems from our recent visit to Orlando. We had one night off during our trip, and I thought it’d be fun to do an escape room with my husband and three siblings at The Escape Game Orlando.

It wasn’t just fun, it was epic. We were able to play the games for free in exchange for this post, but it doesn’t impact my opinions at all, they were seriously so fun!

We booked one room and after escaping from that room with exactly 27 seconds left, we immediately booked another room for two hours later on the same night. We ended up doing four different escape games over the course of the week, and my adrenaline was pumping just as hard each time.

Don’t mess around by trying out different rooms – The Escape Game Orlando was amazing. Fantastic customer service, good prices, great rooms (including an awesome brand new one called Mission Mars), and a play again and get 20% off deal. More details coming about why I highly recommend The Escape Game! 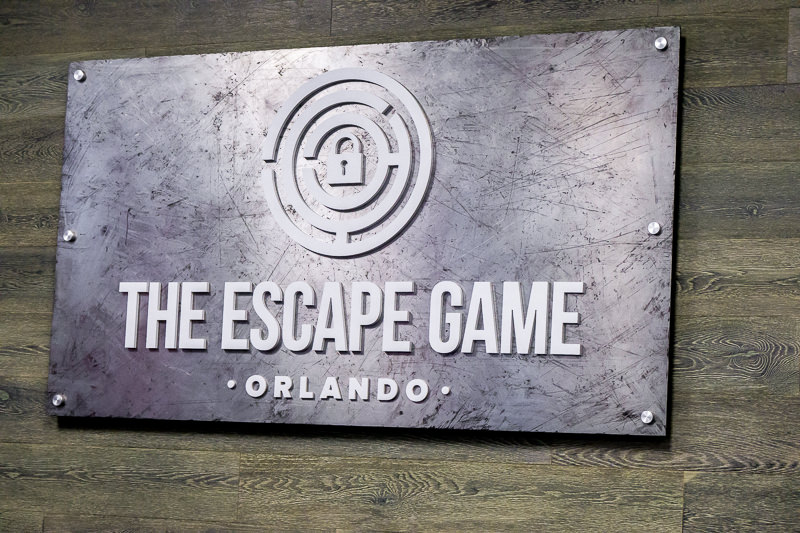 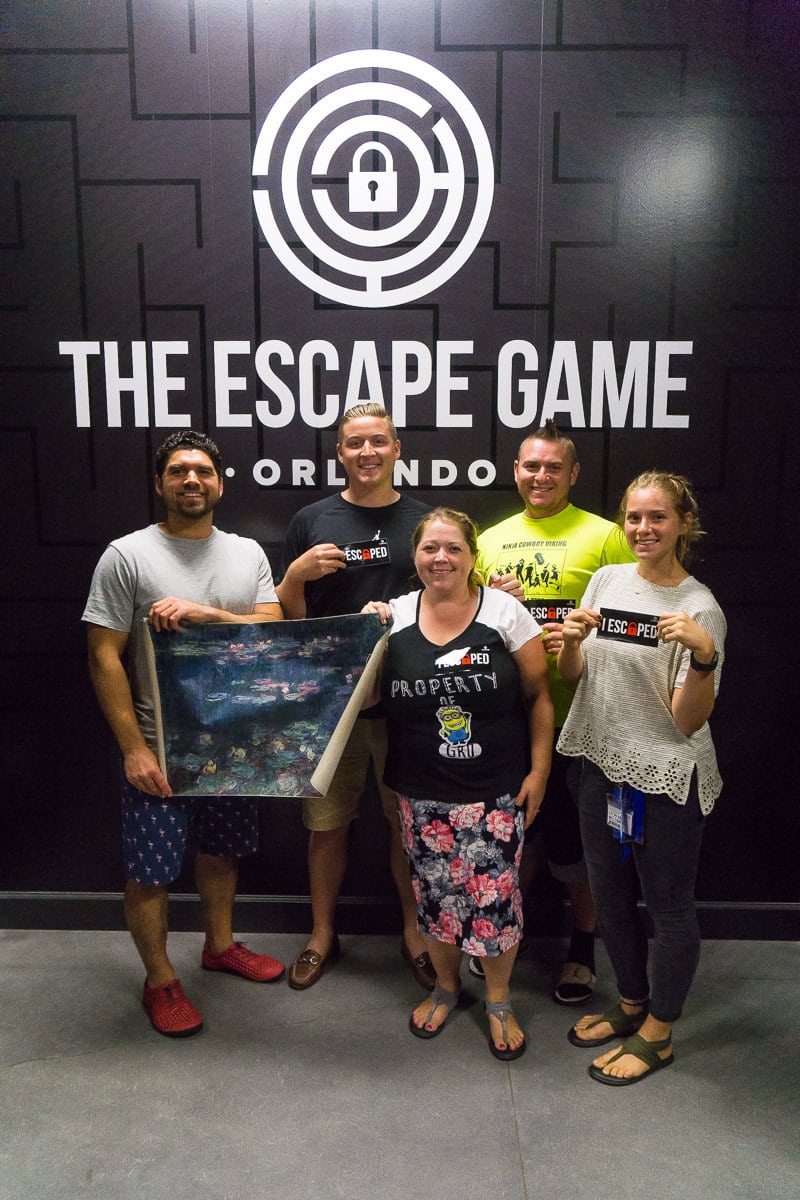 Forget butterbeer and Dole Whips and try out some of the amazing food Orlando has to offer. This works even if you don’t have a car because luckily both Universal’s CityWalk and Disney Springs have fantastic restaurants.

Our favorite are Cow Fish (burgers + sushi!!!), Vivo Italian Kitchen, and Toothsome Emporium at CityWalk and Morimoto’s Asian at Disney Springs. There are plenty of good options off-site as well and if you do The Escape Game, use your ticket to get a discount at many of the surrounding restaurants! 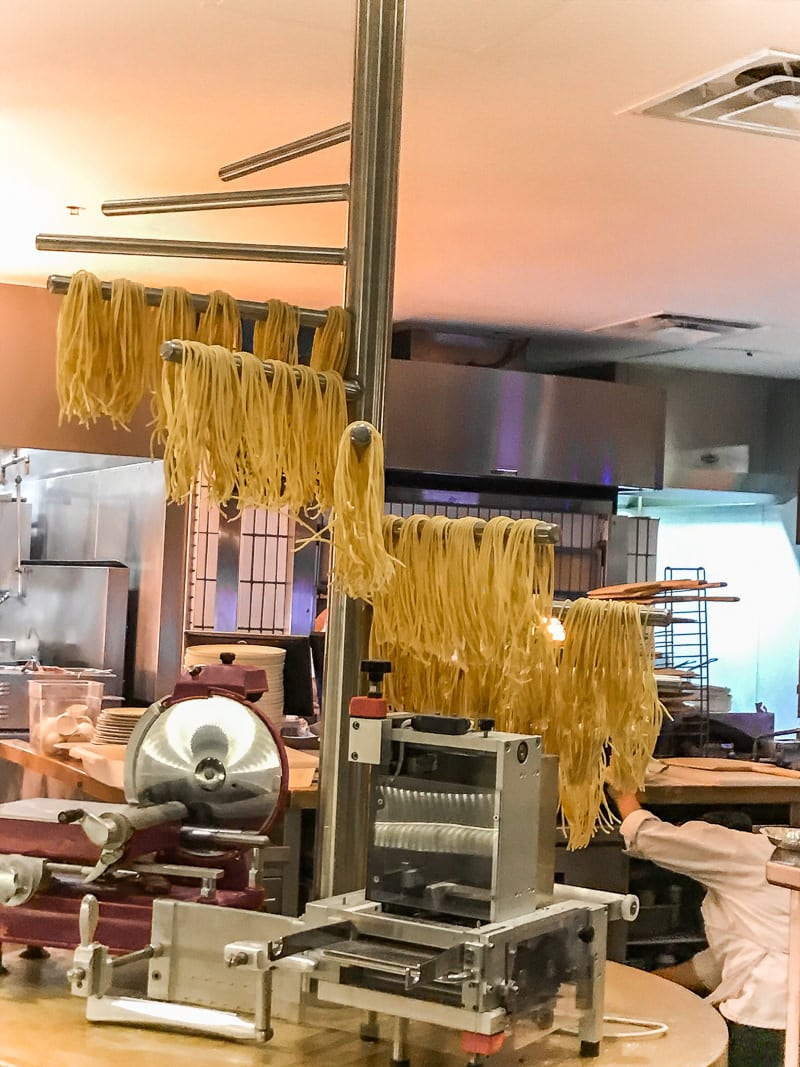 I’m honestly not sure there’s anything more bizarre than a Blue Man Group show. We received complimentary tickets for our group as part of the Family Forward conference, but I would’ve paid to see the show. There really aren’t words to describe the show – it’s a bit of everything.

Art, comedy, talent, dancing, music, fun, and more. Just be open-minded when you go in and if you get seats in the front “splash zone,” wear clothes you can throw away because they’ll likely end up covered in paint. Oh and if you’re taking kids, you might want to bring head phones because it gets loud. 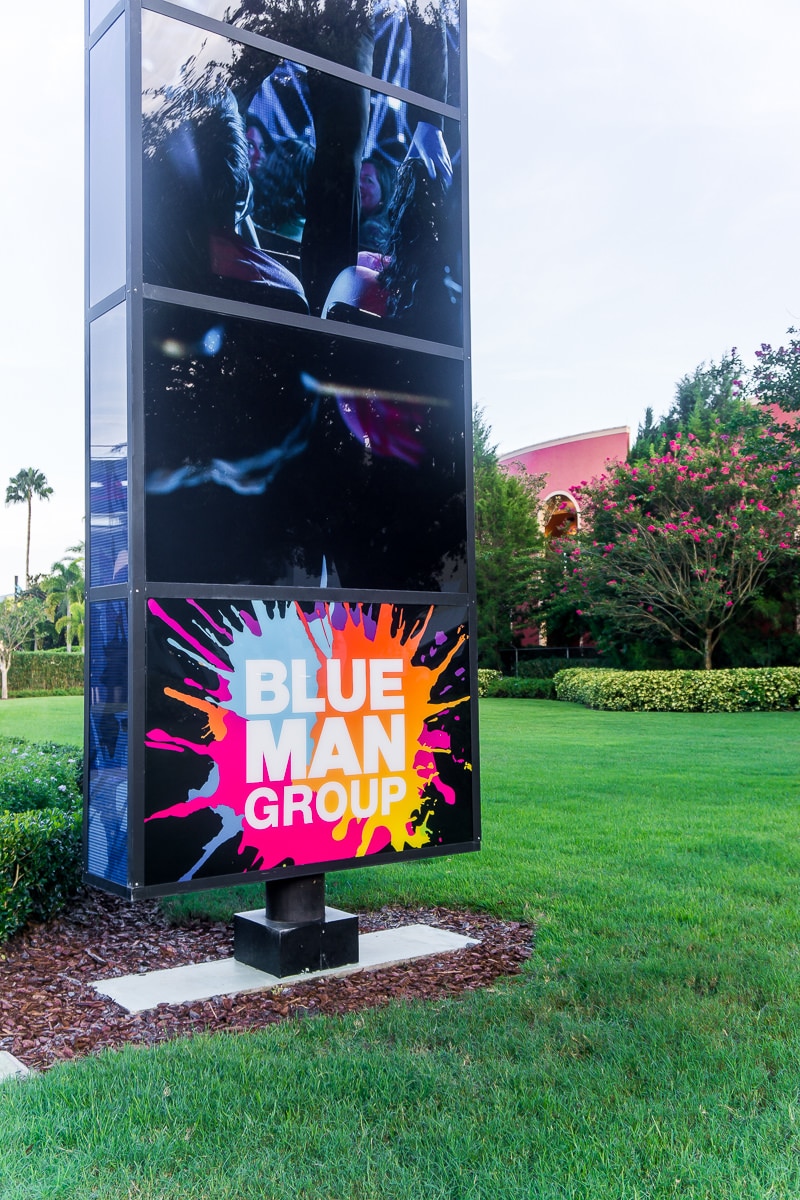 On the weekends in both Universal’s CityWalk and Disney Springs there are often different types of performers all around. Everything from musicians to artists and even people pretending to be statues. Take a few minutes to watch street performers, enjoy a show, and give them a tip if you feel so inclined.

If street performers aren’t your thing, grab a seat at one of the stages at Disney Springs and listen to live music, a great DJ, or whoever else is performing that night. Last time we were there we danced the night away while an entertaining DJ played great music!

What are your other favorite things to do in Orlando outside of the theme parks? 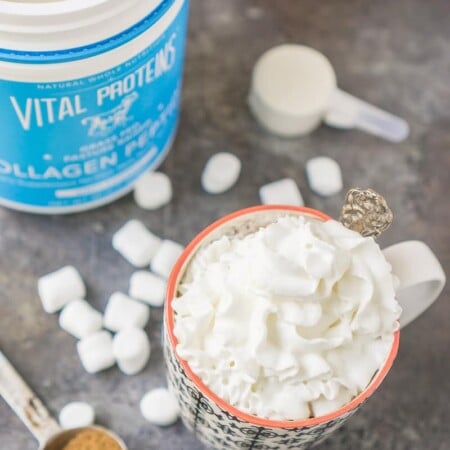 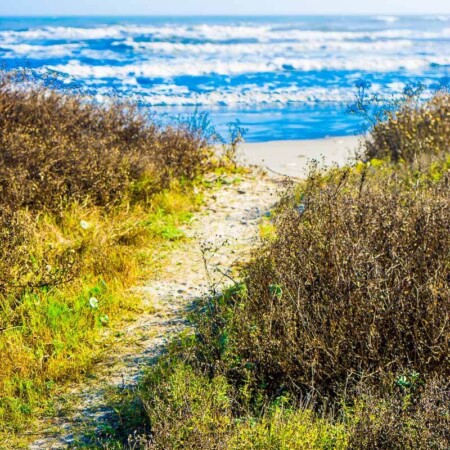