Should you rent a car at Disney World? If you want to enjoy everything Disney has to offer then the short answer is yes. If you’re worried about your budget, the answer may not be as simple.

Renting a Car at Disney World

Over the past few years my family has been to Walt Disney World over ten times. And every single time we’ve rented a car and never once regretted it!

For other theme parks, I don’t recommend renting a car but having a car at Disney World made an already incredible vacation even better, and I didn’t think that would be possible. Having a car really gave us the chance to plan the Disney vacation that we wanted.

Walt Disney World transportation is fantastic especially now that the Skyliner is available but in my opinion, having a rental car or your own car (if you drive) to use throughout the trip is even better.

Let me preface this by saying that I’m writing this from the perspective of someone who stayed on-site in a Disney resort. If you’re not staying on-site, you’ll need to rent a car (or have your own) regardless.

12 reasons to rent a car at Disney World

1 – Renting a car at Disney is cheap

I included this first because I didn’t want you reading through the rest of my post and thinking yeah but I can’t afford a car or renting a car is so expensive. In Orlando, it’s not.

Prices tend to be fairly seasonal but I’ve seen cars for as cheap as $10/day and WAY less than pretty much anywhere else I’ve gone.

If you’re willing to shuttle off site at the airport, you’ll be able to get the cheapest car options. If you don’t want to shuttle off-site, it may be a bit more expensive but still not crazy. I jus got back from a five day trip to check out Epcot Food and Wine Festival and Space 220 and my total cost with all fees was just under $100.

Click here to search for cheap cars on Expedia!

2 – A car makes taking breaks during the day easier

If you’ve ever been to Disney World with kids or honestly this goes for adults too – a nap in the middle of the day is a glorious thing, especially if you rope dropped a park or planning on doing something like Disney After Hours at night.

A Disney World vacation is not for the faint of heart, or for those who need sleep.

Having a car allowed us to go to one park in the morning, come back to our hotel (yay for All-Star Movies) to take a nap, and head back out to close out another park (or the same one) later that night.

I’ve done the bus thing a handful of times and unless you time it perfectly, taking a bus tends to add so much extra time to your afternoon nap break. I can’t even imagine trying to wait in line for a bus or having to take the monorail + bus back to our hotel with a tantrum ready toddler.

The only time I think this doesn’t ring true is if you’re staying at a hotel that you can walk back or one that you’re right off the Skyliner. Otherwise, having a car definitely made this easier for me!

It also means that you can add less to your Disney packing list because you don’t need to be prepared to be in the parks all day long. 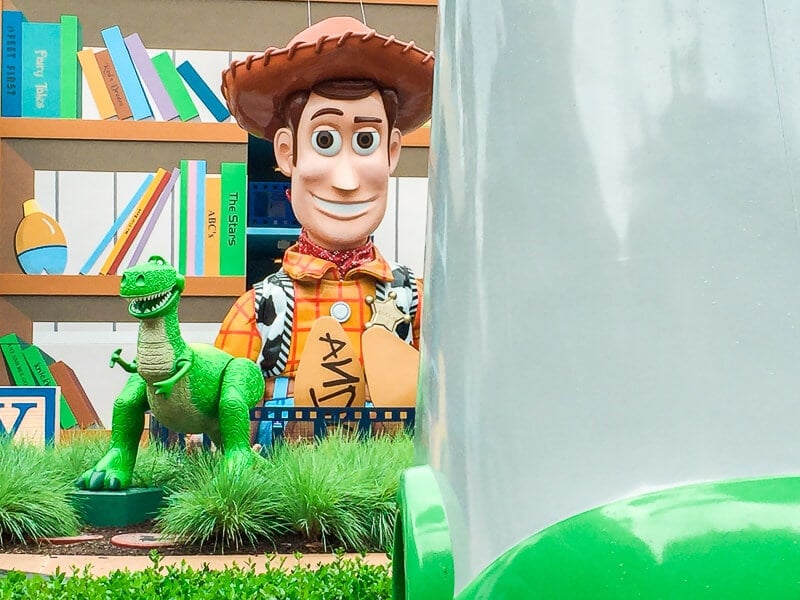 3 – Having a car allows you to park hop quicker

The Unofficial Guide to Walt Disney World has a really handy spreadsheet with the travel times for driving yourself vs. Disney transportation and driving yourself is faster like 95% of the time except in the case of Magic Kingdom, which is kind of a pain in itself to get to. The book also has tons of other resources for planning your trip, but I loved seeing the transportation breakdown!

If you’re planning to park hop like we did, it’s simple when you have a car. Find a parking spot at one of the parks (every park but Magic Kingdom has a parking lot right outside their front gates) and walk in.

The exceptions to this are if you’re planning to use the Skyliner to park hop from Epcot to Hollywood Studios – that’s pretty easy and quick!

4 – Parking is free at the parks

Speaking of parking, if you’re staying on-site at a Walt Disney World resort or an Annual Passholder, you get free parking at all of the theme parks. Just show your Magicband to the parking attendant and you’ll be on your way.

If you’re staying off-site, parking at the theme parks is $25/day for standard parking and $45-$50/day for premium parking. You do get parking for the entire day though, regardless of if you’re planning to go to one or multiple parks.

One thing to note when you’re considering your budget for the trip is that if you’re staying at Disney Resort, there is a fee for parking unless you’ve booked a room using DVC points.

The regular self-parking fees are as follows (valet, if available, prices may be higher):

This can definitely add to your overall budget but with Disney World getting rid of Magical Express next year, it’s something I just include in my budget at this point.

5 – Having a car makes dining at resorts so much easier

One of the biggest perks for us of having a car was that we could get from resort to resort quickly.

In general Disney transportation goes from resort to park or park to resort, not from resort to resort. We wanted to do a couple of Disney character dining meals like a dinner at Ohana (in the Polynesian) and a breakfast at one of the best restaurants in Disney World.

For both, we needed to travel to the resort directly from where we were staying in All-Star Movies. If we wanted to take Disney transportation we would have had to walk to Epcot and take a bus to either resort. Instead, we jumped in our car and drove right there, saving us a ton of time.

This may not apply to you, but I always feel much more comfortable when my kids are traveling in a moving vehicle if he’s in a car seat. I’m that mom.

Car seats are not allowed on Disney transportation so being able to strap him in as we drove around Walt Disney World made me feel better.

Speaking of Lyft – both Uber and Lyft are other affordable options for getting to and from resorts or other places that Disney transportation doesn’t have direct routes but depending on how much you use them, you’ll likely end up paying almost as much as if you’d just rented a car!

I LOVE that Disney provides free transportation to and from the airport in the form of the Magical Express. It’s fantastic and a perfect solution for people who want to save money or who aren’t going to need a car.

One of the coolest services that Disney provides is that a number of the airlines have representatives at the resorts that can check your bags directly at the resort.

So instead of lugging your bags around or storing them with the resort, you can check them into your flight then enjoy your final hours bag free. This service is available whether you’re using the Magical Express or not!

Even at Disney, resort rooms are fairly small and no one needs to be trying to maneuver their way around a stroller to get to bed at night. We kept our stroller, a bag of snacks (that would go into the park), and other things to entertain my son in the car at all times. They were always ready to go to wherever we were going, I didn’t have to remember to put them in the car, and they weren’t taking up room in our hotel room.

Another big perk is if you’re checking out from your resort and heading over to the parks. While Disney allows you to leave your luggage at the resort while you go into the parks, if you have a rental car you can just leave it in your car and go straight from the theme parks to the airport instead of making a trip back to the resort.

Pretty much I just want you to get as much park time as possible!

You may just want to go straight from your resort to a park and back. If that’s the case, you can skip this point. But if you’re like me and want to get a massage at the Grand Floridian or go see a movie at Disney Springs one night (or just go to get these Mickey cake pops), having a car is so helpful.

To get to my massage (which was amazing by the way), I just hopped in my car and drove the 10-15 minute drive to Senses at the Grand Floridian. If I’d taken Disney transportation, I have no idea how long it would’ve taken. Pretty sure I couldn’t have done it during nap time like I did.

And another day during nap time, I sent my husband out to Target because we ran out of diapers and sunscreen. Pretty sure Disney doesn’t take you to Target.

If you want to be able to explore, get a car.

10 – You can skip the transportation lines

No matter when you go, you’re going to stand in lines at Disney World for rides, for tickets, for food, and probably to buy all the things. No need to stand in one more line just to get on a bus to take you back to your resort.

You will likely sit in some parking lines in your car but sitting in a line in your car is different than literally standing in line waiting to get on a bus.

This is especially helpful if you’re leaving right after a parade or fireworks when busses are really busy because everyone is trying to leave. Skip the line and walk directly to your car.

We literally waited one night for a tram + bus at Magic Kingdom for almost an hour when we left right when the parks closed. Mistake made and never again.

11 – Disney World is easy to drive around

Walt Disney World is huge, but it’s all super easy to get around. We’ve stayed at resorts throughout the property, love to hang out at Disney Springs, and of course frequent the parks. Getting around the entire property is a breeze!

I’m sure there will be times when this isn’t the case, but we found Disney incredibly easy to drive around.

I’ve already mentioned this numerous times but I’ll just close with this. Having a car at Disney World really allows you to plan the trip you want, not one that fits the transportation schedule.

This is what our schedule looked like last week and if we were taking Disney transportation, it never would’ve worked. Or we would’ve just had MUCH less time at each of the parks, making it almost not worth it most nights.

We park hopped like crazy and it worked because getting between parks and resorts only took us a few minutes.

The moral of the story? Rent a car at Walt Disney World if it won’t completely blow your budget.

Check out these helpful ideas now!

Previous Post
Be Our Guest Restaurant Review and Tips 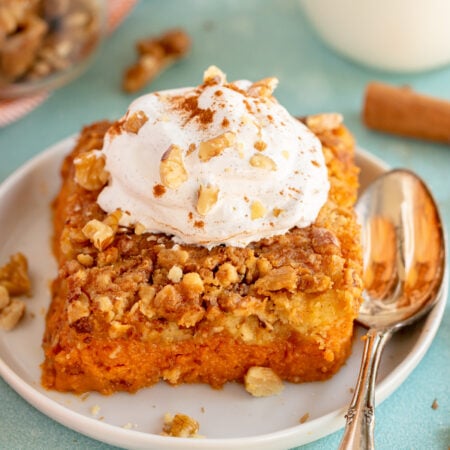