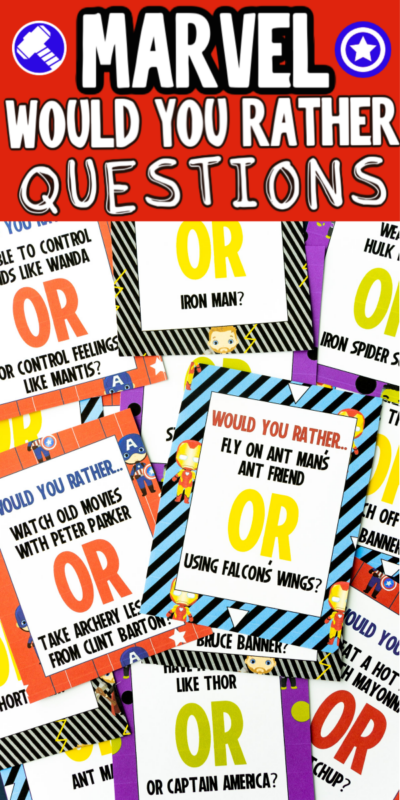 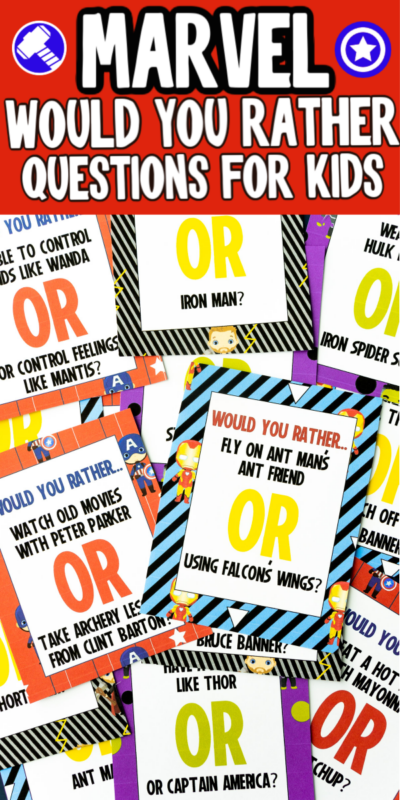 These Marvel would you rather questions are fun for any Marvel fan! Ask everyone which option they’d rather do or use the would you rather game to see who can guess what their teammate would pick!

One of the things that I love most about everyone being home right now is that we’re eating a lot more meals together. It also means we’re talking to each other a lot more than we did when my son was actually in school.

At the same time, it also means I need to be constantly coming up with things to talk about. Lately, I’ve been turning to asking everyone would you rather questions instead of just talking about our day (since they’re often not too exciting).

A few weeks ago we went through all of these Disney would you rather questions for kids, last week it was Star Wars would you rather cards, and this week I came up with a bunch of Marvel ones (thanks to my Marvel fanatic dad!).

There are a total of 52 different Marvel would you rather questions – either use them from this post or download the free printable question cards at the end of this post!

How Do You Play Would You Rather?

If you’ve never played the would you rather game, it’s simple. Well sort of – we’ve added another layer of fun to it that’s a little different than the original game.

But anyway, here’s how you play the regular would you rather game.

But they’re all fun and they’re all related to the Marvel Cinematic Universe movies in some way.

Once you’ve asked everyone at the table their opinion, move onto the next card.

Alternate Way to Play Would You Rather

Instead of just going around the table and having people give their answers – use it as kind of a compatibility matching game instead.

Split your group into teams of two.

Ask one question to each team and instead of answering right away, count to three and have both people yell out their answer at once. The goal is to see if you match – and try to match. Teams get a point if they match each other correctly.

It’s a really fun way to play because not only are you having to consider what you would actually do but you have to think about what your teammate would do and yeah, there’s a lot of thought involved but all in like five seconds before you have to shout out your answer.

It’s how we asked our New Year’s Eve would you rather questions and a total blast!

Marvel Would You Rather Questions

I’ve included printable would you rather question cards at the bottom of this post as well as a downloadable PDF of all of these questions but in case you just want to ask them right from here instead of using cards, here are all of the questions on the list!

Enter your first name and email address in the form below to download a PDF with all of the Marvel would you rather questions on printable cards. You’ll receive a 14 page PDF document – 13 pages of cards and then a one-page document with all of the questions listed (if you don’t want to use the cards).

There are four different designs of the cards – Iron Man, Hulk, Thor, and Captain America – but all of the questions are different for a total of 52 cards.

I recommend printing on white card stock and laminating so you can keep them around if you ever want to play or ask the questions to other people. Otherwise, just print on whatever paper you’d like and play!

If you do not see the form to download the printable below, click here to get to it.

If you like Marvel, you’ll love these fun Marvel ideas!

Don’t forget to pin these Marvel would you rather questions for later! 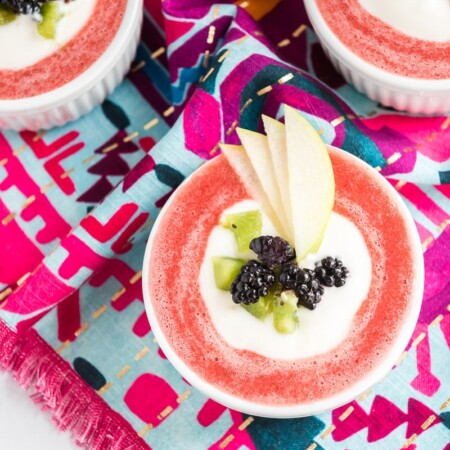 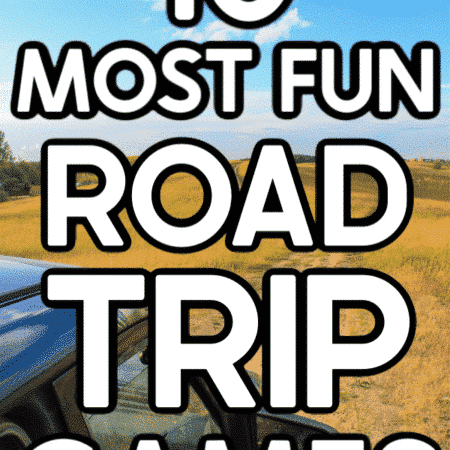