Want to play Super Bowl Squares for this year’s big game? I’ve got a free printable Super Bowl Squares template for you to use and everything you need to know about how to play! It’s easy, fun, and a Super Bowl tradition that’s perfect for football fans and non-fans!

When I was working full-time my office would always do a little Super Bowl Squares game for Super Bowl Sunday. The office pool was one of my favorite parts of Super Bowl weekend.

I’m not the only one. It’s one of the most popular things to do on Super Bowl Sunday!

I mean other than eat all the spinach artichoke dip and chili (you’ve gotta try this Cincinnati chili recipe if you haven’t already)!

I’ve put together everything I know about how Super Bowl Squares works – some different options for playing, and a free printable Super Bowl squares sheet you can use to play with your family and friends!

And if you need more games, this Super Bowl commercial bingo and Super Bowl trivia game are great!

What is Super Bowl Squares?

Super Bowl Squares (also often called football squares) is a super fun game played during the Super Bowl. People get squares in a large grid and can win money or prizes based on the scores in the game. That’s a simplified version of it at least.

Most of the time people play squares as a betting game – everyone puts in say $5 per square – and then the money gets split among four winners.

You can totally do that using the free printable template in this post but you could also just play it as a non-betting game where people get squares and whoever is hosting the party gives away prizes for the winners.

That’s how we play it – no betting necessary! Just like this Super Bowl guessing game, it’s based on the idea of Super Bowl props but just for fun (and to win a little prize!)

How Does Super Bowl Squares Work?

You have a 10×10 grid of squares on a paper (or use the free printable template in this post). Each of those squares gets someone’s name in it.

Once the grid is filled out with names, team names, and numbers you’re ready to play.

So for instance, we played the game during a Chiefs vs. Texans game and at the end of the third quarter the final score was Texans 31 – Chiefs 41. So we looked in the grid for the square that matched Texans = 1 and Chiefs = 1.

And my 7 year old cousin won a gift card for her winning square!

Anytime I’ve done it with my office, the final game score winner gets more of the pot than the quarter winners. So the split might look something like this:

In the case of just giving out prizes, I did $10 gift card for the first through third quarters and a $25 one for the fourth quarter. It’s a fun way to make Super Bowl parties more exciting even if you don’t want to do the actual betting!

How to Fill in the Super Bowl Squares Template

Okay, so I’ve created two different templates for you – one that is totally blank (no numbers or team names) and one that already has the numbers 0-9 lined up on either side.

If you’re using the blank card, here’s the best way to do it:

If you’re using the template that already has 0-9 put in place on the sides, you’ll need to randomize how you’re putting in the people’s names (like using a random number generator).

If you have 100 people playing (not likely), put the names into a hat or into random.org and just start at the top left corner and go through filling in the names randomly.

If you have less than 100 people playing, determine how many people are playing exactly. Starting with 1, put the number in the top left corner of the grid. Going to the right (and then down to the next row), go through all of the numbers over and over again to fill in the 100 squares.

Once you’ve filled in the grid, now write down everyone’s name and put them in a hat (or put them in random.org). Pull the names out of the hat to determine the number they are on the grid.

So for example, we had 16 people playing. We filled out the Super Bowl Squares template with the numbers 1-16 and then pulled names to determine who was 1, who was 2, and so on.

The other option is to just print out the number combinations (e.g,. 0-0, 0-1, 0-2) and let people draw them randomly. That’s what we did during our latest version of the game during the AFC championship and it worked great!

You can get a free Super Bowl squares template along with a PDF that already has all of these combinations for you to print and cut out here!

As we were playing we started talking about the best numbers for Super Bowl Squares and while it doesn’t really matter because you don’t get to pick your numbers (no matter how you set it up), it’s still fun to know because it impacts the likelihood that you’ll win!

I know that there are likely some stats on “most likely football scores,” but I didn’t want to share those. Instead, I looked at the final scores of all the Super Bowl games in the history of ever (minus the Los Angeles Rams vs Cincinnati Bengals game last year – which was 23-20, or 3 and 0).

And if you don’t know when the Super Bowl started, maybe you should check out these Super Bowl trivia questions!

Here’s the likelihood of these numbers (based on the Super Bowl final scores) being a winning square.

If you don’t want to do cash here are some fun prize ideas!

How do you setup Super Bowl squares?

What are squares for the Super Bowl?

Squares for the Super Bowl is a game where people buy or choose squares on a grid that has numbers along the top and along the side.

During the Super Bowl, at the end of every quarter and at the end of the game, whoever’s name is in the square that matches the score wins a prize of some sort. Often times it’s cash prize and other times it’s whatever the host of the game wants to give out.

How do you make Super Bowl squares?

If you don’t want to print out our free printable football squares template, you can make your own by creating a 10-by-10 grid of squares. Have people write their names in the squares and once it’s completely filled in, add the numbers 0-9 to the left side of the horizontal rows and 0-9 at the top of the vertical columns. Finally, randomly assign one of the two teams playing to the left and one of the two teams to the top row header. It’s that easy!

You could also do this in something like Excel or Google Sheets if you don’t want to hand draw the grid. Just do 11 rows by 11 columns, add square borders around the inner 10 x 10 cells, a bottom border on each of the most left cells, and a right border on the top row of cells (so you have somewhere to write the numbers). Easy…. but not as easy as printing out the free one at the bottom of this post!

Want even more fun things to do on Super Bowl Sunday? Try out one of these fun games!

Or if you’d rather not provide your email, you can buy a copy in my shop here. 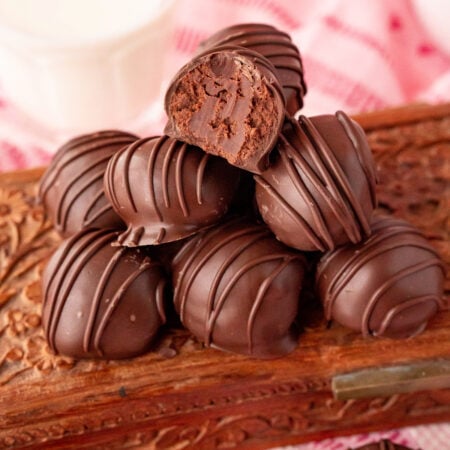 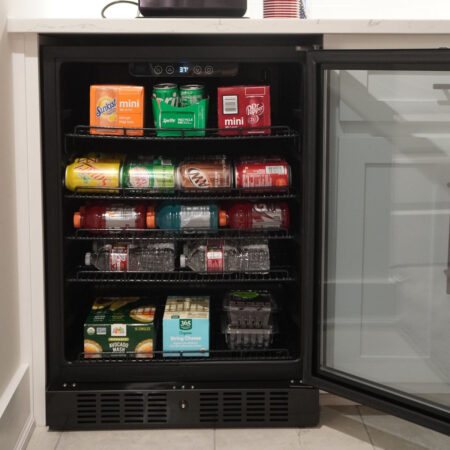