Know someone who loves Star Wars? Buy them one of these Star Wars gift ideas, and I guarantee they’ll love the gift! These are seriously some of the best Star Wars gifts ever whether you’re looking for Star Wars gifts for him, for her, or just for kids!

With Christmas just over a month away and Star Wars coming out just 10 days before Christmas, I thought it’d be fun to put together a Star Wars inspired holiday shopping list! Pretty sure my son has already asked for about half of these things for Christmas this year. After being Poe Damron for Halloween, he’s a little Star Wars obsessed!

And don’t get me started on my husband – way too many of these made it on his list for 30th birthday gift ideas!

These would be fun to gift to your family for Star Wars Day or save for birthdays or Christmas!

Star Wars Gifts for Him

Okay so I could and should write an entire post on this because my husband is one of those obsessed, reads every story about the Mandalorian and knows all the details about everything, Star Wars fans. So we’ve bought a lot of Star Wars gifts for him in the past few years.

These are some of his personal favorites (and mine as well!).

There are about a million designs of Star Wars socks for men out there, but these are classics and some of my favorites. I actually bought these ones for my Disney Cruise Fish Extender gifts last year and may have to do the same this year!

P.s., have you seen the Star Wars lounge on the new Disney Wish cruise ship – oh my goodness, it looks amazing! Kind of like the Cantina in A Galaxy’s Edge but better.

A simple, fashionable, wallet that can show off your Star Wars love without being too over the top! I love the color and design of this rebel wallet, perfect for showing your support for the rebellion without being too obvious to the dark side.

This is a true nerd gift, perfect for any science + Star Wars fans and funny to boot. It actually comes in men, women, and youth sizes, but I thought it was best for him! This Star Wars shirt is on my list of gifts to get my husband!

Have  techie friend? This Death Star wall charger makes the perfect gift or stocking stuffer for any tech person, or really anyone with a phone!

This might be the coolest Star Wars clock ever, especially since it’s made out of an old vinyl. Perfect for the wall in an office of any Star Wars fan! If we ever get my husband’s office done, this Star Wars clock is going in there!

They’re fuzzy, comfy, and perfect for any man who loves Star Wars and isn’t afraid to put a furry character on his feet! And now that I think about it, maybe I want these Chewbacca slippers for myself!

Make getting ready for work a bit more fun with this Darth Vader tie. It’s a dark color with a subtle enough design that I think you could probably even get away with wearing this one for pretty much any occasion, especially if you’re doing calls through Zoom!

Really any of these Star Wars cuff links would work, these ones are just my favorite. Although I really like the Han and Leia ones as well.

Okay I had to add these on here because my husband has bought two of them for himself, and he LOVES them. They’re a bit pricey so better if you are looking for a birthday or Christmas gift for a huge Star Wars fan! His favorite is probably the Boba Fett helmet.

Not only does this toaster look like Darth Vader, it adds the Star Wars logo to your toast. Talk about an epic breakfast! These would make really fun gifts for 10 year old boys who all they can make is toast!

These gift ideas are for kids of all different ages and honestly kids will love them whether they’ve seen all of the Star Wars movies or not! These would also be great at the end of this Star Wars scavenger hunt!

We had the chance to meet with the littleBits team during the Thor: Ragnarok event in October, and their new Star Wars Droid Inventor Kit is seriously amazing. You can not only build and customize your own R2D2, you can actually send him on up to 8 different missions, including one where you control him with the The Force! This kit was created through a partnership with Disney and Lucas Films, so it even includes all of the actual R2D2 sounds. Kids AND adults will love it!

Kids will love this Star Wars themed version of the classic game, Operation. Try your best to get defective droid parts out of BB8 without getting buzzed! Or if Operation isn’t your thing, try one of these other Star Wars games for kids instead! There’s everything from R2D2 Bop It to Star Wars Clue!

Or if you have a Nintendo fan, some of our favorite Nintendo Switch games for kids are Star Wars themed!

This set of 10 Star Wars heroes comes with 10 different heroes spanning all of the movies from Luke Skywalker to Rey! My son has most of these and loves them! You can find all the different pack options here!

Okay, so this one might best for a Thanksgiving gift, but it’s still a fun one! Instead of just handing over a set of LEGOs to build, this advent calendar opens up one piece of the set each day in December, leading up to Christmas. We did one that was similar with my son last year, and he loved the suspense of seeing which pieces came next! They typically sell for pretty cheap like in October or early November so keep an eye out!

Speaking of Legos, Star Wars Legos – they’re always a huge hit with kids. There are so many different sets including ones from Mandalorian plus all the movies! I can’t even begin to count how many sets my boys have, and they play with them all the time!

If you already have tons of the Lego sets and just want to get more mini figures, this Etsy shop sells tons of different ones you can buy on their own! The mini figures also make great prizes for any of these Star Wars party games like Star Wars trivia or Star Wars 2 truths and a lie!

Who doesn’t love Chewbacca? Now kids can sleep with him in this 18′ pillow version of Chewbacca who is soft and cuddly! They also offer BB8, Darth Vader, Kylo Ren, a Storm Trooper, and Yoda but I thought Chewbacca was the cutest!

Even though it’s been a while since were introduced to porgs, I still think they’re the cutest thing ever. So do my boys, and they love this plush guy!

There are four of them in total (my toddler has Chewie) and they’re not only adorable, they’re actually super comfortable. Perfect for settling in and watching your favorite Star Wars movie! My Costco has them for like $29.99 but you can also get them on Amazon here.

It’s soft, covered in classic Star Wars characters, and just downright epic. I might’ve just ordered myself one! We have two other Star Wars blankets already, but I really like the classic look of this one.

Star Wars Gifts for Her

You might think that Star Wars is mostly for the guys but let’s be real, most of the biggest fans of the movies that I know are actually women! I’m even in a Star Wars Moms group on Facebook.

Many of these gifts would also work for men, but I put them under gifts for her just because.

Our Instant Pot is one of my favorite ways to make rice, fettuccine alfredo, and so many other things! And making all of those things in a Star Wars Instant Pot would make it even better! And while I put this in the gifts for her section, really any adult would love this.

I’ll be the first to tell you that leftovers actually taste better from these Star Wars storage containers. Seriously. Okay, maybe not seriously, but they sure make my fridge prettier! We have a couple of the different sets and LOVE them!

Star Wars I Love You Ring

Remember the iconic scene where Princess Leia and Han Solo declare their love for each other – yep, this ring says it all! This ring is a great way to say I love you literally and figuratively by giving her something she’ll love!

Chocolate is a girls best friend right? Then these Star Wars chocolates are a Star Wars loving girl’s best friend for sure! They have everything from chocolate light sabers to suckers and more!

Whether you want to put those Star Wars chocolates on them or use one as a ring plate, these Star Wars plates are the cutest ever. And they sold out in minutes when they were first introduced last year so I’d get them now while they’re still available!

You could either make her this Star Wars shirt or just buy this one. There are so many different Star Wars shirts options to choose from – figure out her favorite character and size and grab her the perfect one!

With recipes like Dark Side Salsa and Yoda Soda, there’s something for every one in this Star Wars cookbook, no matter if you’re on Team Rey or Team Kylo Ren.

Speaking of Chewie, if they’re a big fan you should check out these Chewbacca gifts too! 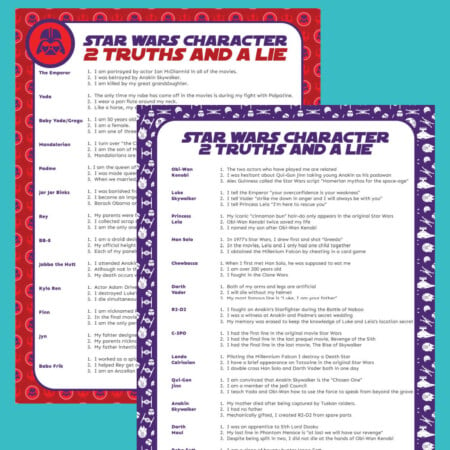 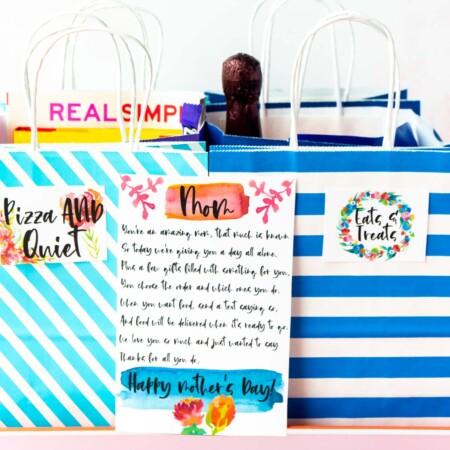