My son’s already decided he’s going to be Kylo Ren for Halloween this year, and we did Jedi Training at his Disney birthday party in April.

I’m pretty sure a full blown Star Wars party is next, so I’m getting ahead of the game (ha) and put together a collection of the best Star Wars party games I could find!

Some of these are so creative and some of them are just cute, but they’re the best of the best and perfect for any kids Star Wars party. Or adults Star Wars themed party, no judgement here.

These are the games that will have kids burning off energy, running around, and being a little crazy. You probably don’t want to do all active games but pick a few and go for it!

The Force – Using just balloons and a little static, kids can practice using the force.

Star Wars Piñatas – Use a light saber to bust open a candy filled Star Wars piñata. You can either DIY your own death star (using these instructions) or BB-8 pinata (instructions here) or go the quick route and just buy one of these instead!

If you’re going to buy one, this might be the cutest Star Wars piñata in the entire galaxy. Even better if you fill the piñata with Star Wars candies!

Pin the Bun on Leia – Forget pin the nose on the donkey and try to pin the bun on Princess Leia instead.

Death Star Shoot Out – Decorate ping pong balls like Death Stars and have kids try their best to shoot them down!

Atomic Ball Carry – Kids have to work together to carry an Atomic Ball across the room without dropping it.

Jedi Training – A three part game where kids can have to first find crystals, use those crystals to get matched to light sabers, and defeat the dark side.

Escape the Death Star – Kids must go through a series of obstacles to escape the death star before it explodes!

Feed the Sarlacc – Kids get the chance to feed a Sarlacc in this silly game where you make your own cardboard Sarlacc!

Star Wars Obstacle Course – Set up an obstacle course for a little Jedi training in your backyard or another large space!

Don’t Drop Yoda – Give your kids silly tasks to do while trying their best to not drop Yoda.

Balance out the crazy active games with a few quieter ones where kids can sit, create, or play some sort of printable game. You can thank me later!

Star Wars Would You Rather Questions – If you need a little break from all the Jedi training, have the kids answer some of these fun would you rather questions?

Star Wars Trivia Questions – print out this fun Star Wars trivia game with questions easy enough for kids (and a set for teens/adults) for a fun way to test out movie trivia while still having fun!

Star Wars Two Truths – don’t want to do a standard trivia game? How about this Star Wars two truths and a lie game where the goal is to guess which of the statements about popular Star Wars characters is a lie. The free printable comes with both an easy and a challenging version!

Star Wars Color by Number – need a break from the actual games? Print out these fun free printable sheets and let kids bring their favorite Star Wars characters to life through coloring!

Star Wars Coloring Pages – If you’d rather skip the color by number, you could also just print out these Star Wars coloring pages and do some regular coloring! These work for kids, teens, and adults. Adult coloring is definitely a thing!

Star Wars Bingo – Who doesn’t love bingo? Even better when it’s a Star Wars themed bingo! Get the printables here.

Or skip the regular version and try out this Star Wars Lego inspired bingo instead! And don’t forget to pick up a few of these cute Star Wars characters as prizes!

Rescue Hans Solo – This clever science experiment could easily become a party game! Kids have to use science to rescue little Star Wars mini figures from an ice cube tray.

Star Wars Mad Libs – See what kind of silly Star Wars stories you can come up with in this fun Mad Libs game. Get it here.

Build R2D2 – This is another good one when you need a little break. Put out all of the pieces necessary to create paper R2D2s (the Cricut Maker would be amazing for all that cutting!!!).

If you like having movie nights, you’ll loved these other movie inspired ideas! 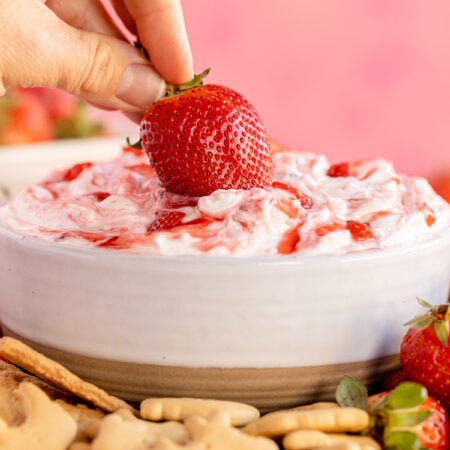 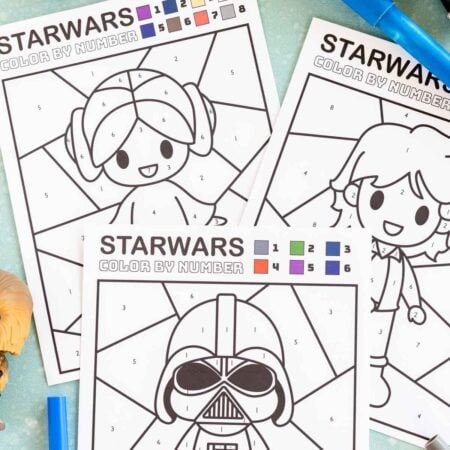