With the brand new Pirates of the Caribbean: Dead Men Tell No Tales movie coming out this summer, I’m guessing we’re going to see quite a few pirate inspired parties popping up all over. This pirate party guide has all of the pirate party ideas you could ever need – pirate party food, pirate party games, and even pirate party decorations! And if you really want to add more fun, make it a princess and pirate party with these princess party games! 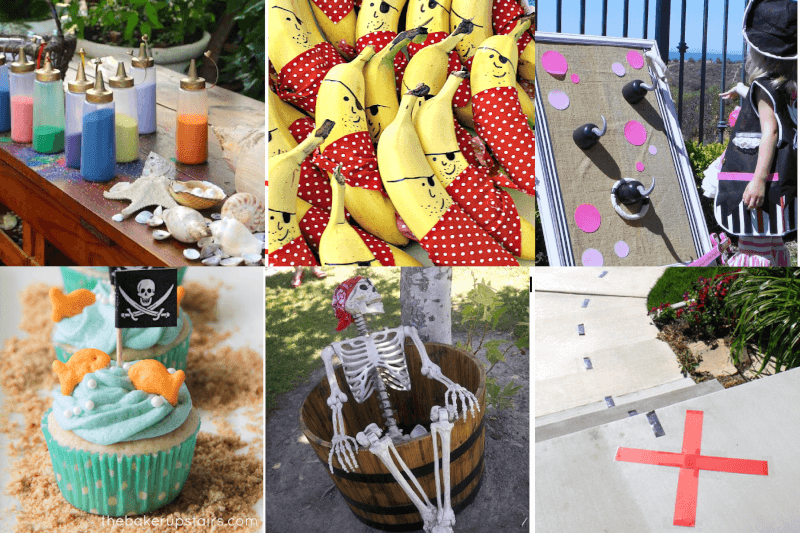 First off, before you get started with anything I recommend going back and watching the Pirates of the Caribbean movies, so much great inspiration in those movies! If you don’t have time for that, here’s the newest trailer for the most recent Pirates of the Caribbean: Dead Men Tell No Tales movie with Johnny Depp returning as the infamous Jack Sparrow. It looks like it’s going to be great!

This one was hard to narrow down because honestly there are just so many great ideas out there including ones that really don’t take much creativity at all, but these are 10 of my favorite pirate food ideas!

A party isn’t a party without games! These pirate party games go way beyond just your typical treasure hunt and will keep your little pirates entertained all day long. I think my personal favorite is the coconut bowling, we’ll definitely be trying that one soon!