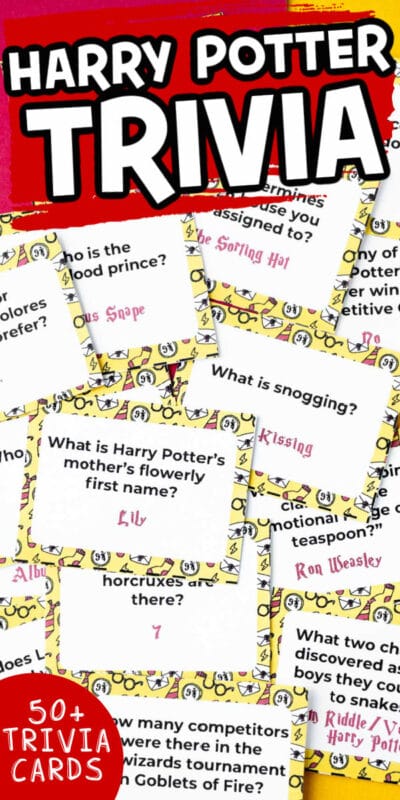 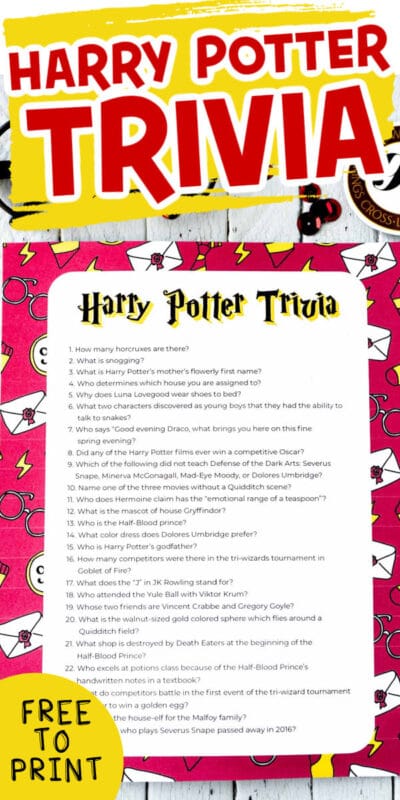 Since I have lots of best friends and readers who are huge Harry Potter fans, I thought it would be fun to create some Harry Potter trivia questions to test both the basic fans and the true fans.

Unlike this Harry Potter danger word game, you actually need to know the trivia question answers. There’s no hiding behind an invisibility cloak on this one!

These would also be great to ask while standing in line at the Wizarding World of Harry Potter in Universal Studios Florida whether you’re getting some butterbeer or waiting to ride one of the best roller coasters at Universal Studios in Diagon Alley. Or really at any theme park!

I’ve created two different sets of questions – one with questions that are great for kids (with simple things like knowing that J.K. Rowling wrote the series) or a Harry Potter party and one that are more challenging, even for huge Harry Potter fans!

If you’ve read the Harry Potter series but maybe aren’t a huge obsessed fan like some of us, these fun trivia questions are good for the basic fans. If you’re true Harry Potter fans, then you can probably just skip these and move to the more challenging ones below these.

If you want to use these for a Harry Potter birthday party or even just to celebrate Harry Potter’s birthday in July, you can also use these as a printable trivia game! I’ve created both cards and a full-sheet trivia at the bottom of this post that you can download and print to play!

If you’re planning to play the trivia game, there are three different ways you can play!

Okay so this is the most basic way to do this and perfect for something like a Harry Potter party.

Print out a trivia sheet for everyone playing and give them a sheet and a pen. Set a timer and let people answer as many questions as they can in the allotted time.

Go over the answers together and whoever gets the most questions correct wins a prize.

Now let’s talk about doing something like a Harry Potter trivia night (or along with any of these movie night ideas) where players play in teams.

Split into teams and give everyone a blank piece of paper and a pen and make sure teams are far enough away from each other that teams can freely discuss answers without being overheard.

Pick one of the trivia question cards and read the question to the group. Give everyone a set amount of time to answer on their sheet of paper then announce the correct answer.

Teams earn one point for each correct answer. Keep going through as many questions as you’d like (I recommend 20-25 total) and the team with the most total points wins.

This type of Harry Potter trivia might be best at a party or when you don’t necessarily want people to be tied down to trivia questions for a set amount of time.

Instead simply announce that you’ll be asking trivia questions throughout the night and the first person to run up to you with the correct answer will win a small prize!

Or give out points for correct answers and whoever has the most points at the end of the night wins a prize!

If you’re playing the race up to you trivia game, you could give out Bertie Bott’s jelly beans to individuals who answer. Or even make up a batch of this homemade butterbeer recipe to hand out to the winning team!

If you’re giving out one prize to the winning individual, one of these would make a great gift! You could also do a combination of these for a Harry Potter themed gift basket the team could divide!

Make some rules at the beginning of the game and make sure everyone knows what they are. Things like what the time limit will be per question, no cell phones/ask a friend allowed, and how lenient you will or will not be on answers.

Laminate the trivia cards if you think you’ll use the cards again. I laminate most of my party games and keep them in a box so I can pull them out again and again.

Intermix the difficulty (aka use some easy and some challenging questions) if you’re doing a team style trivia game so that even if someone on the team isn’t a huge Harry Potter fan, they can still participate.

Set a limit to how many questions an individual can answer if you’re doing the race to be right game. I typically do like 10 questions and say that people can only answer one question and win one prize to give others a shot.

Yes – the beauty of these Harry Potter trivia questions is that you can use them to play with as small or as large of a group as you’d like!

Yes! I included simple questions as well as more challenging ones, and all of the questions are based on the movies.

I mean yes you can still play but you may have a hard time answering the questions since they’re all Harry Potter based.

Do you have a version that takes less ink?

If you like movies, you’ll love these movie inspired games! 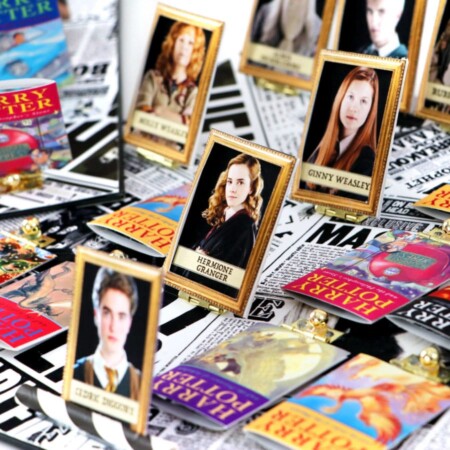 Previous Post
27 Magical Harry Potter Games for Your Next Party 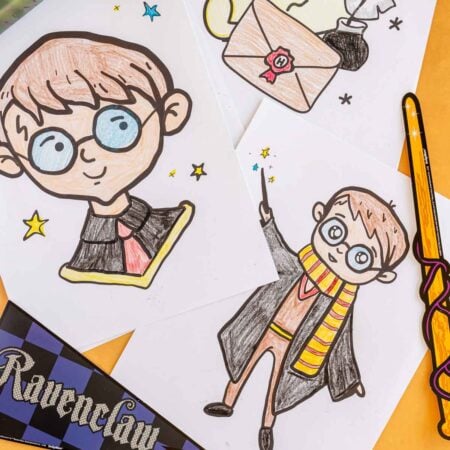