This Thanksgiving Pictionary game is a fun game to play with family after Thanksgiving dinner or really any time during the holiday season! Simply print out the Pictionary words, grab some pens, and start playing! 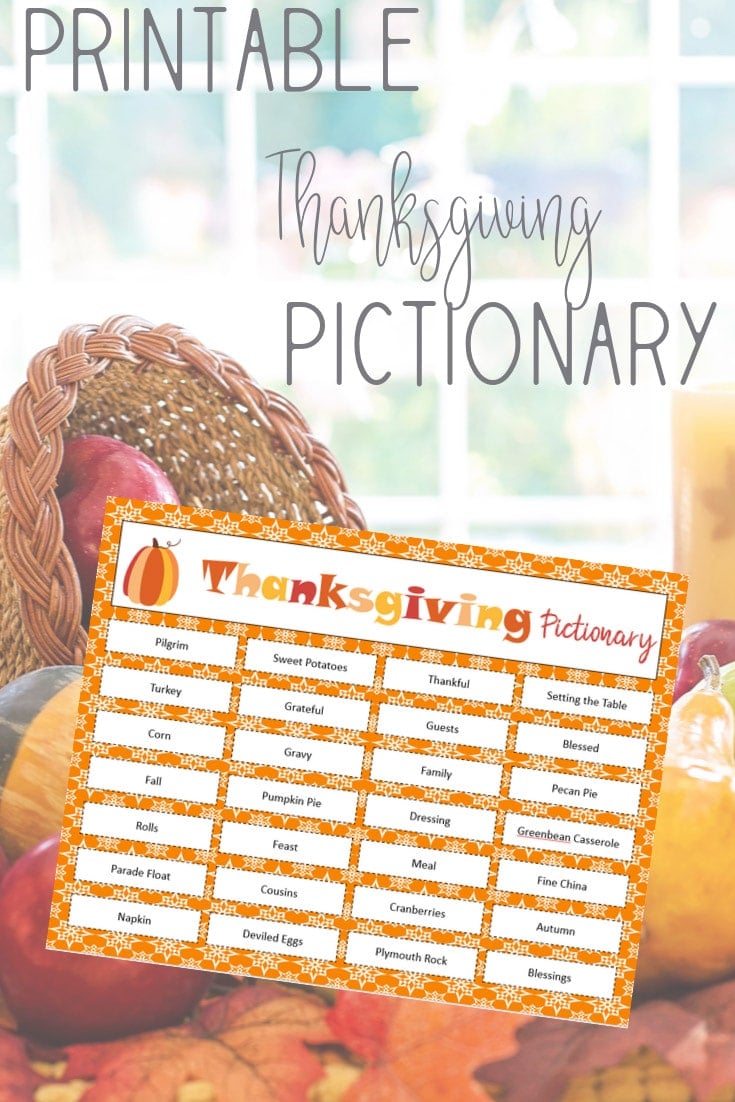 I’ll be the first to admit that I can’t draw to save my life. I tried drawing Pokemon pictures for my son once and he declared me the worst. He even went so far as to tell me that it was so painful to watch me try to draw.

Luckily in Pictionary you don’t have to really know how to draw. You can chicken scratch and stick figure your way to victory!

It’s one of the reasons we absolutely love the game! And this Thanksgiving version is great for families to play after dinner, before dinner, or any time during the Thanksgiving season! I mean who couldn’t use a little movement after eating this pumpkin crunch cake?

And it’s a little more low-key than say these Thanksgiving minute to win it games (but they’re super fun too!)

You could even play today – I don’t mind. Or play on November first along with this Skittles gratitude game as a way to get the season started off right!

You only really need a few things to play Pictionary. That’s why it’s one of my favorite Thanksgiving games!

You can either buy them separately or just buy the actual game and switch out the words with the Thanksgiving Pictionary words from this post! 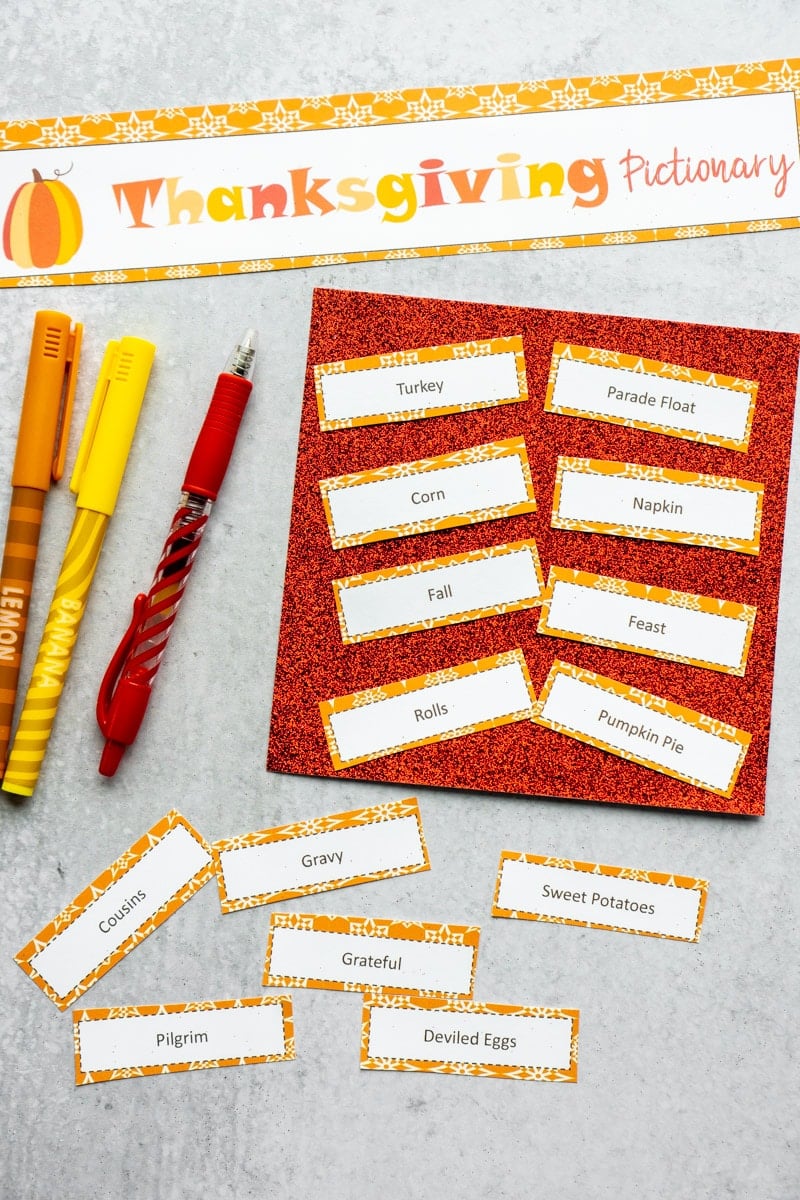 How to Play Thanksgiving Pictionary

One thing I love most about Pictionary is that it’s a game you can seriously just decide to play last minute and be ready to play five minutes later. Having these Thanksgiving pictionary cards ready for you makes it even easier.

I’ve included instructions on how to play Thanksgiving pictionary below but if you want to try something else with these words – I highly recommend trying out one of these unique charades games as well! You can watch the video below to see some of the different charades games you can play!

1 – Print and cut out your Pictionary words.

The printable PDF at the bottom of this post has different words you can use for Thanksgiving Pictionary! Simply print out the pages of the PDF, cut out the words, fold them up, and put them in a bowl.

Divide your group into two teams. You can divide however you want – by age, by gender, by family. Totally up to you – just make sure the teams are even in size. And I’d say skill but you just never know who is going to be good at pictionary or not.

Sometimes the people who draw the best are actually the worst because they go for perfection over speed.

That team will pick someone from their team to draw first. That person chooses a word from the bowl and draws it as quickly as possible to get their team to guess it.

Only drawing allowed – no props, words, or actions allowed. If you want to act, try out one of these party games instead!

If their team guesses the word before the timer runs out, they get a point.

If you want to add a little twist to the game, give the other team one chance to guess what the picture is if the first team doesn’t get it right. If they guess correctly, they get to steal the point for the round. 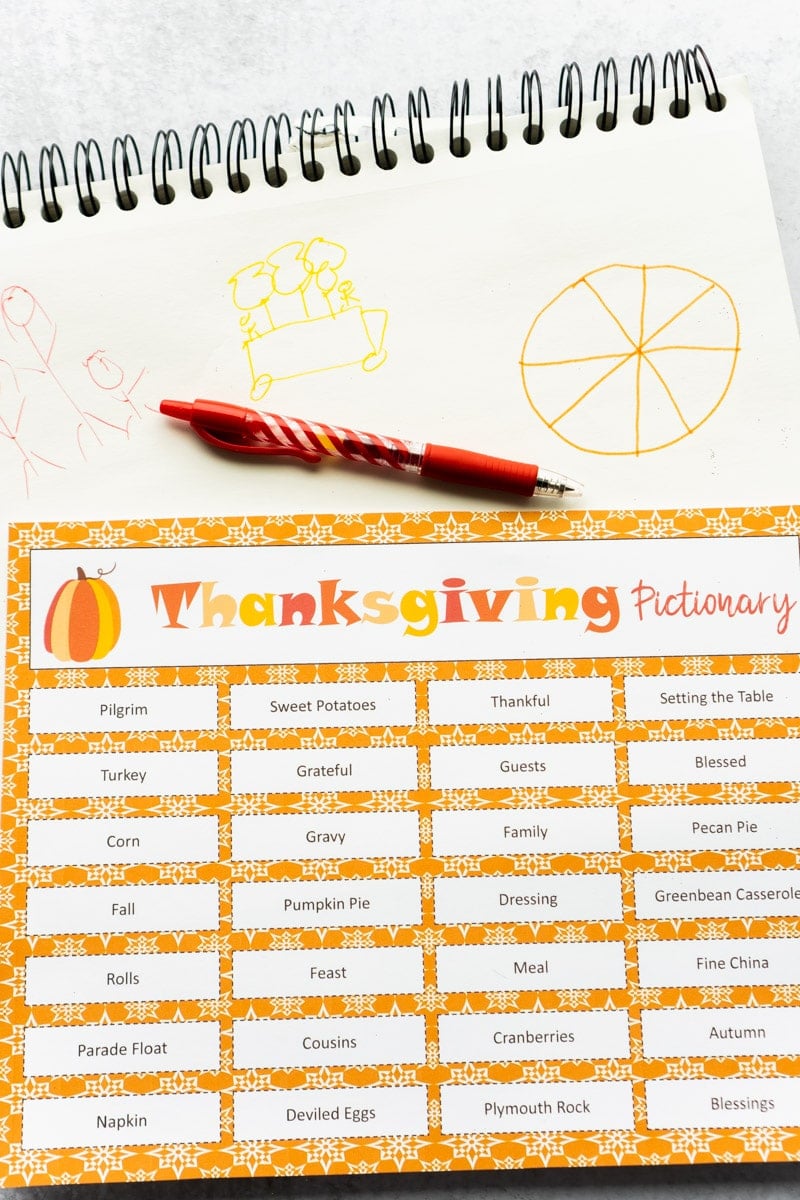 Now it’s the other team’s turn. Someone on their team will do the exact same thing – draw a picture while their team guesses.

Keep playing until everyone on the team has had a a turn to draw at least once.

Add up the total number of pictures they guessed correctly and the team with the most points wins.

Enter your first name and email address in the form below to get a PDF of Thanksgiving Pictionary words. Once you fill in the form, you’ll immediately be taken to a PDF to print/download and receive a copy to your email inbox as well. The PDF will have one sheet of words.

If you want additional words, I recommend downloading and printable these Thanksgiving charades as well! 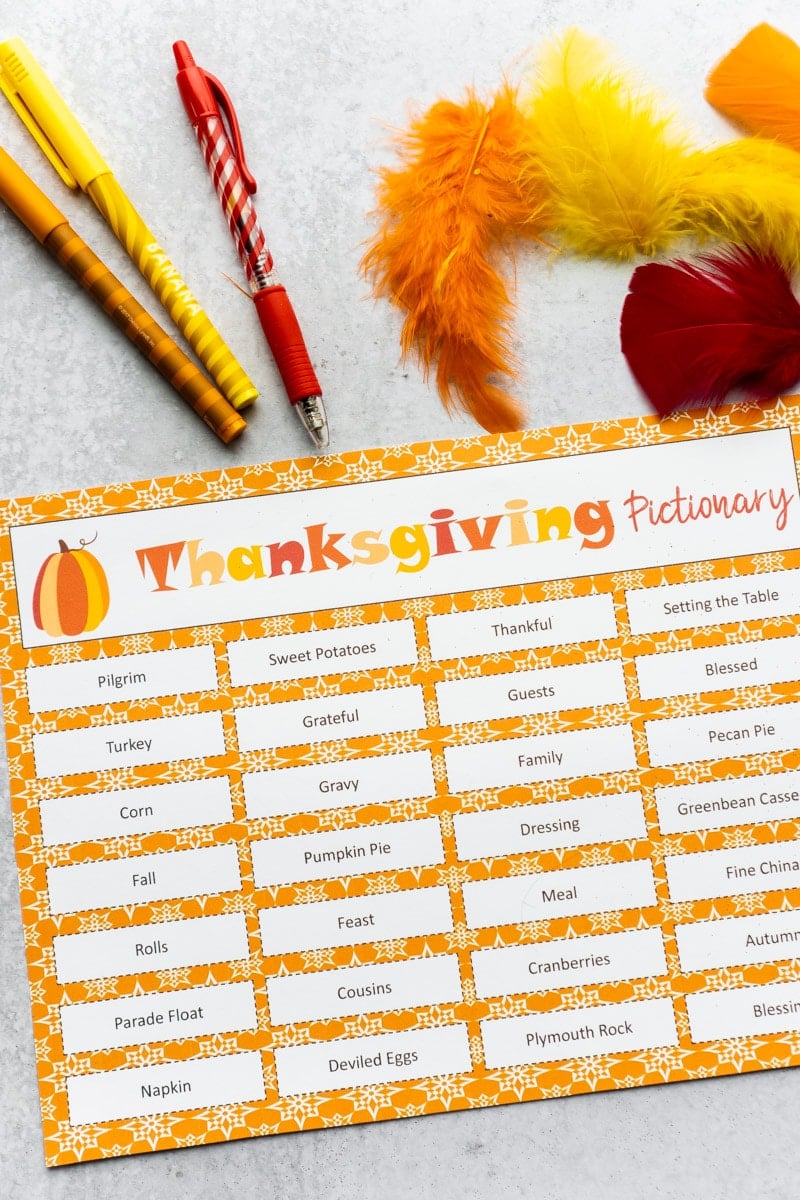 Don’t forget to pin this Thanksgiving Pictionary game for later! 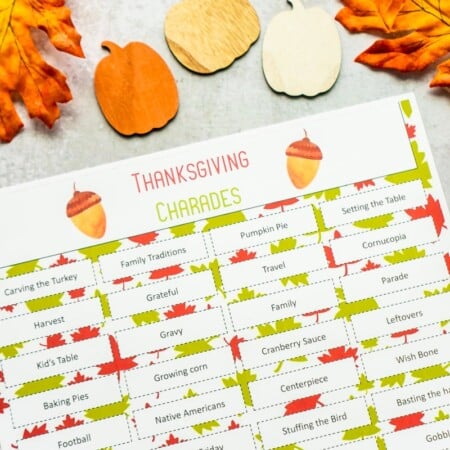 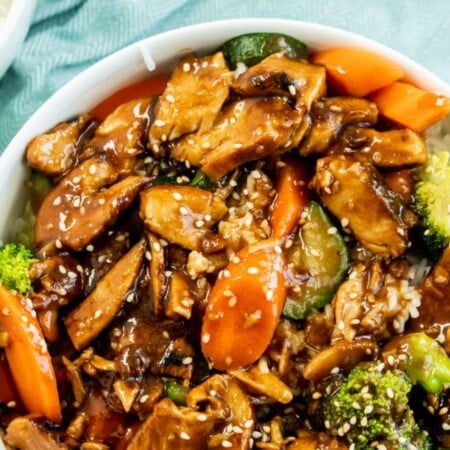