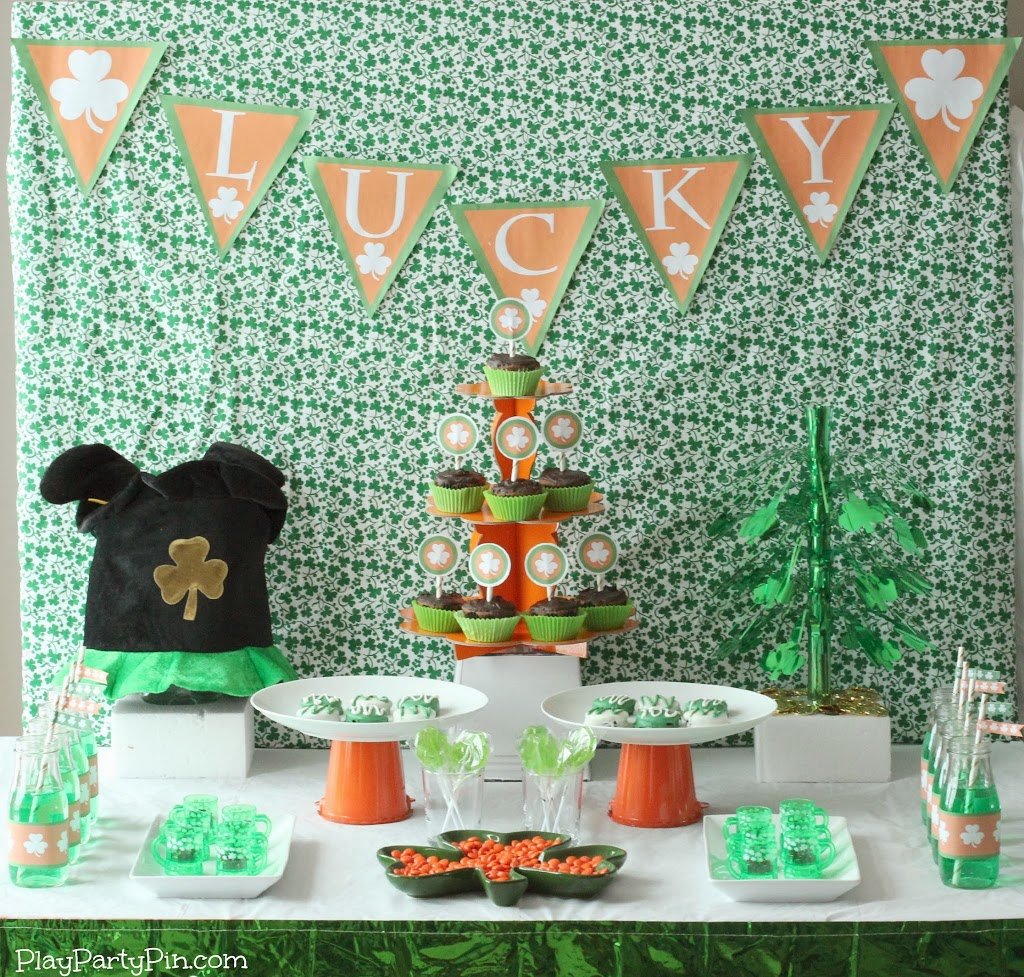 I love to plan and style parties based on one inspiration piece and for this party, I was inspired by this awesome table skirt from Oriental Trading Company. Based on the table skirt, I decided to forego rainbows and stick with the colors of the Irish flag – green, orange, and white. Using those colors, some great decorations from Oriental Trading Company, and my free printables made it a simple party to throw together. 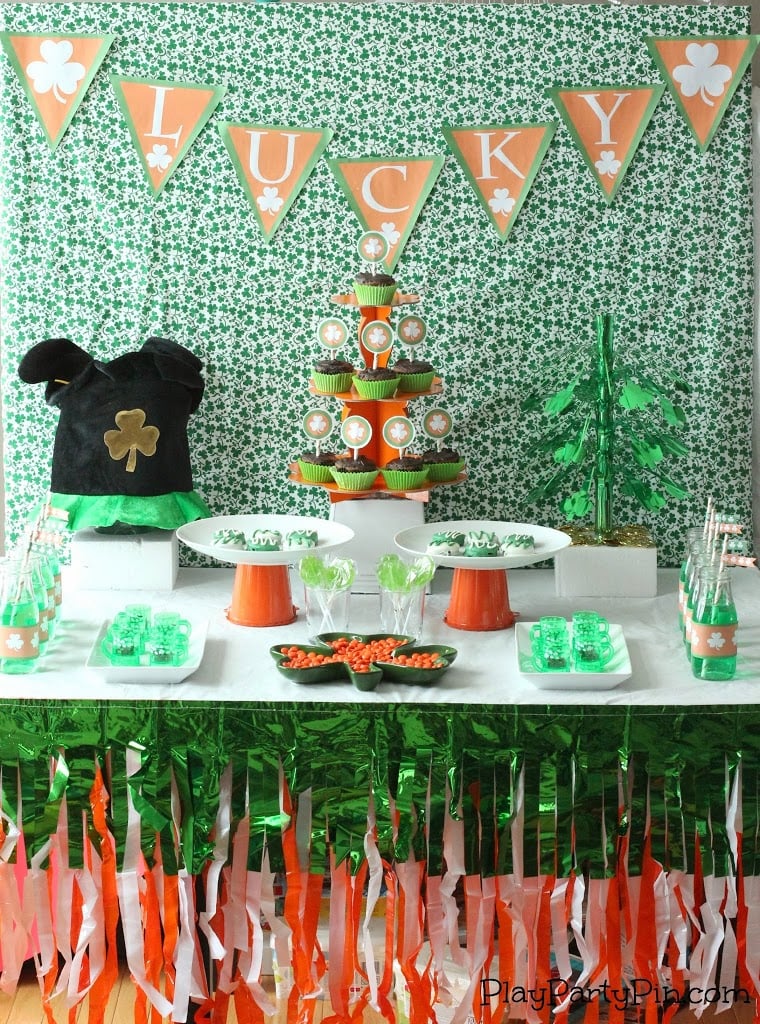 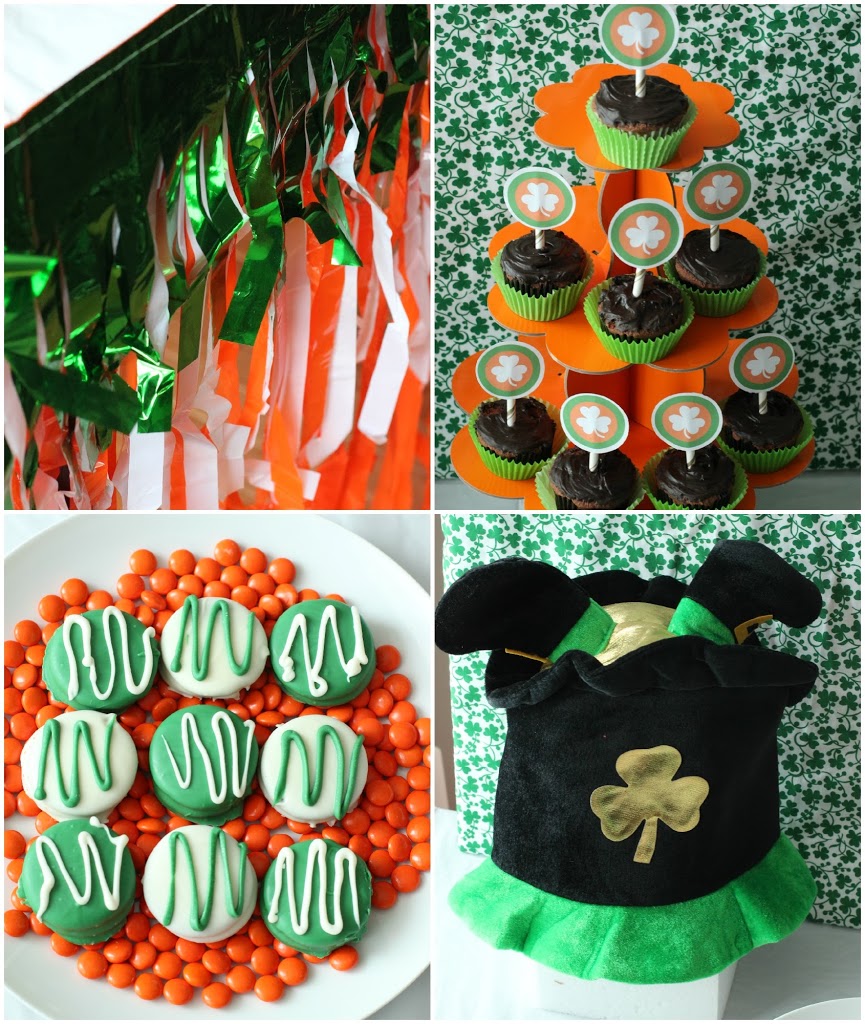 I decided to go with desserts only since I know people will be in and out of the party and I don’t want to deal with keeping food warm. I kept it simple and just made chocolate covered Oreos (using this tutorial) and chocolate velvet cupcakes. And of course, drinks with my favorite striped straws. 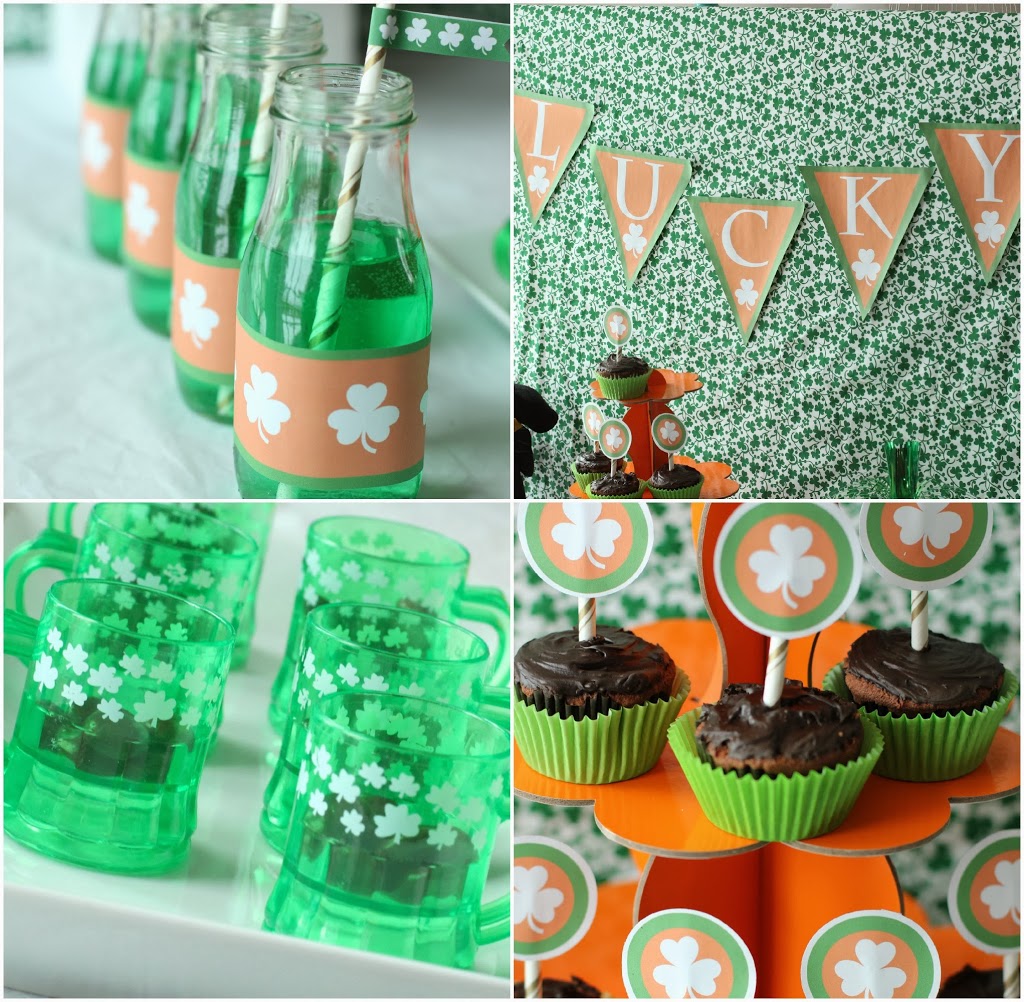 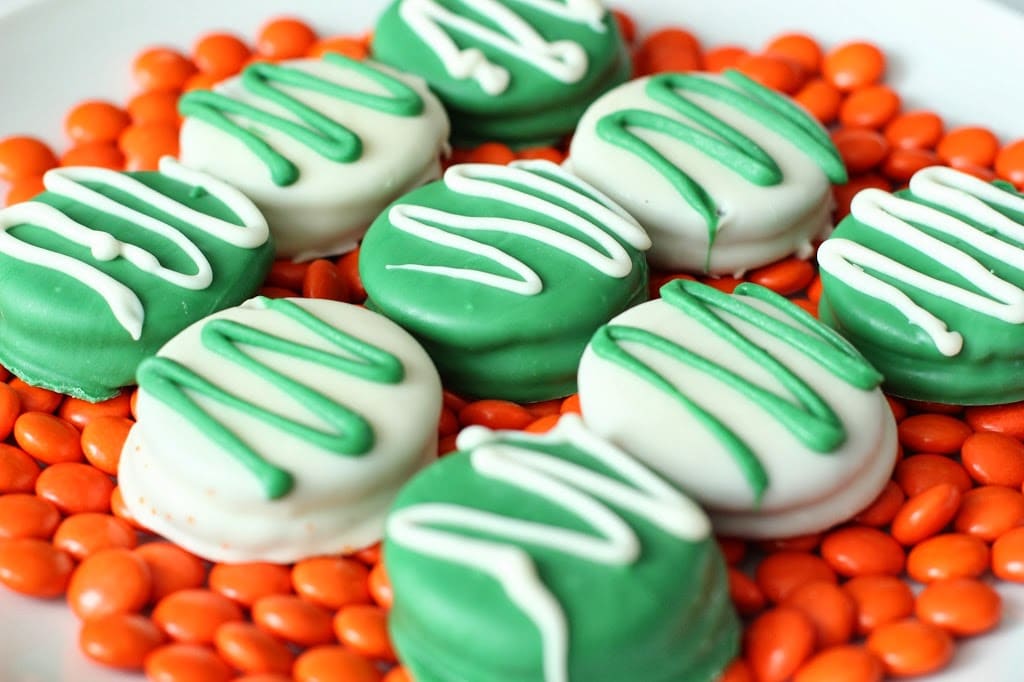 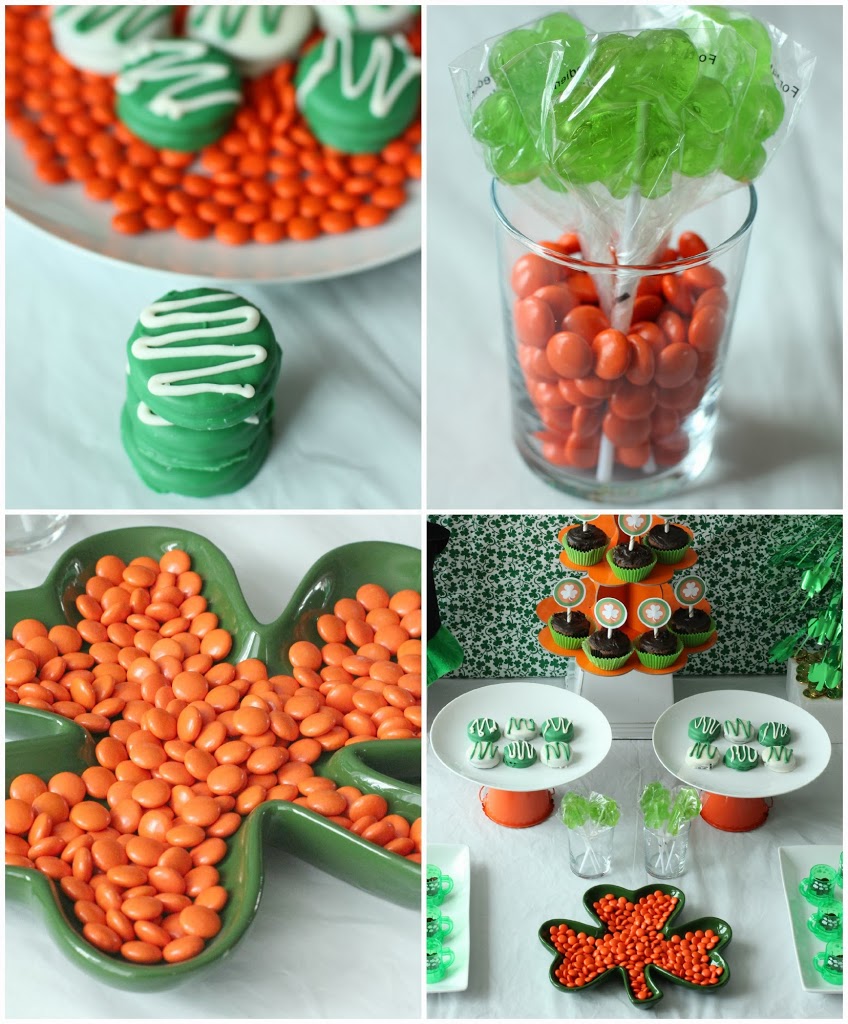 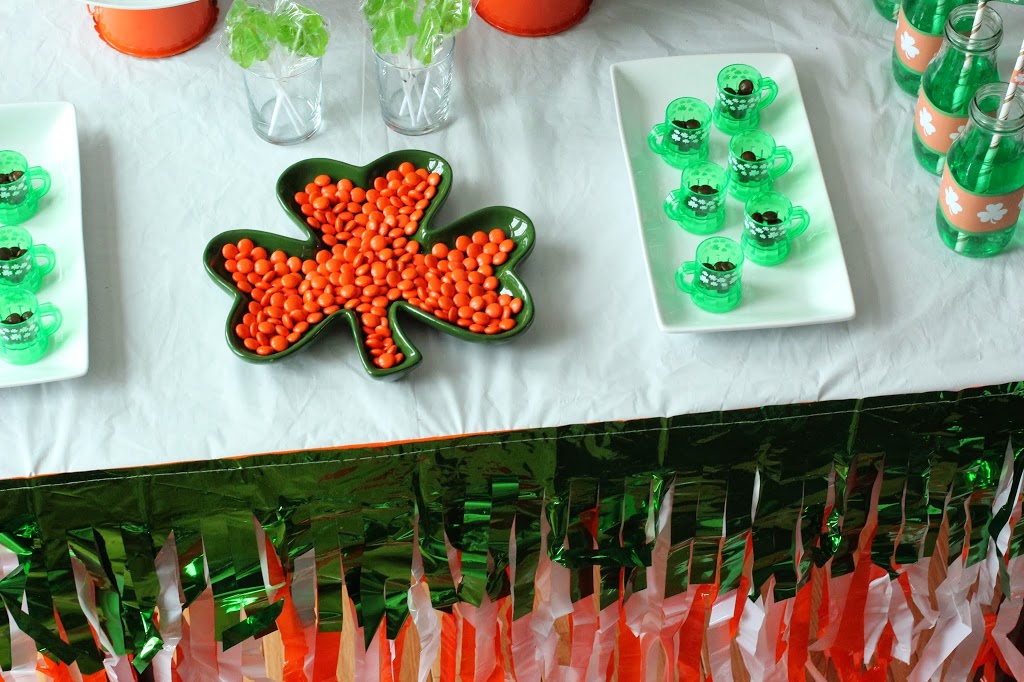 Before we get to the games, here are the free printables that I promised. I’ve created everything that you’ll need for a party – circles that can be used for all sorts of things, water bottle labels, flags, and a banner. 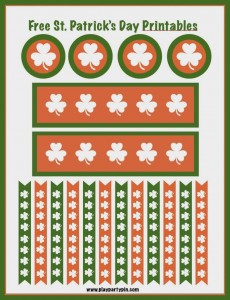 And last but not least, I planned three fun St. Patrick’s Day party games to keep my guests entertained all night. I’ve included all of the instructions and free printables you need to play below. 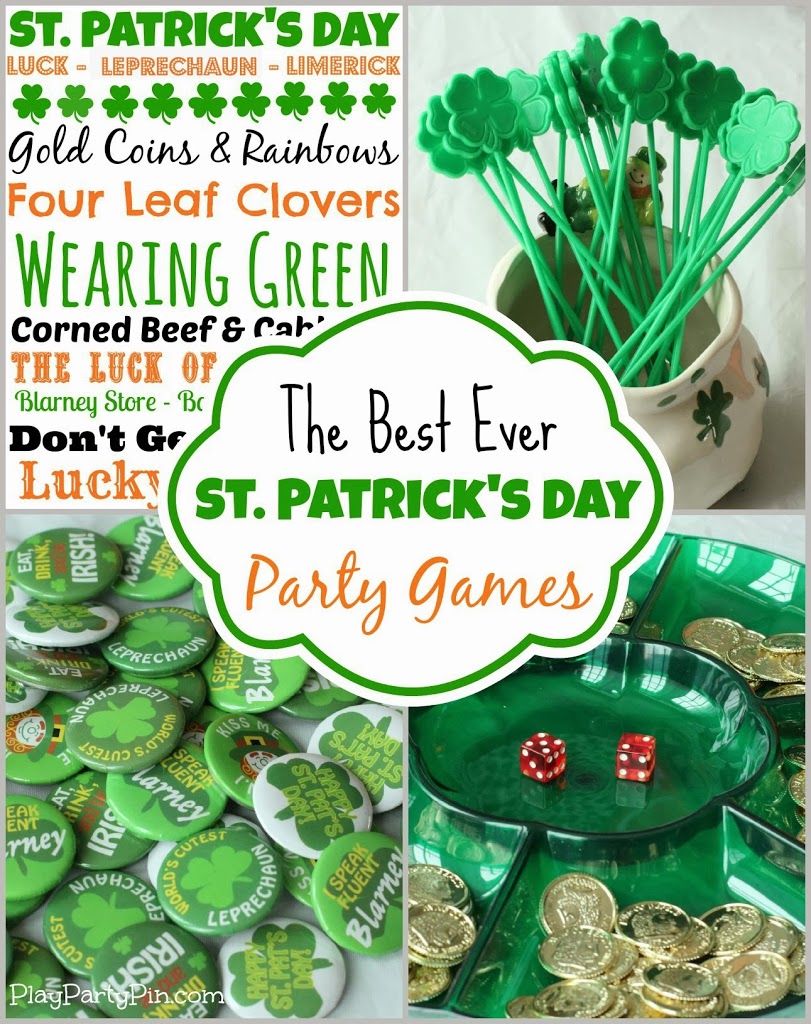 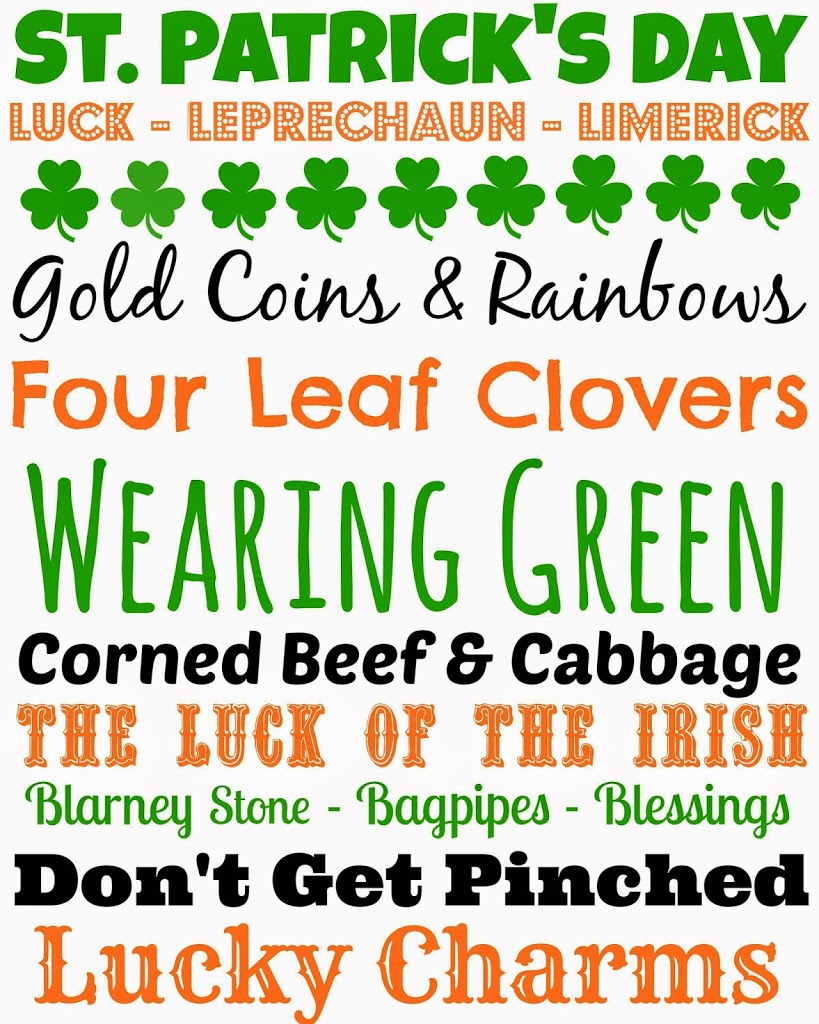